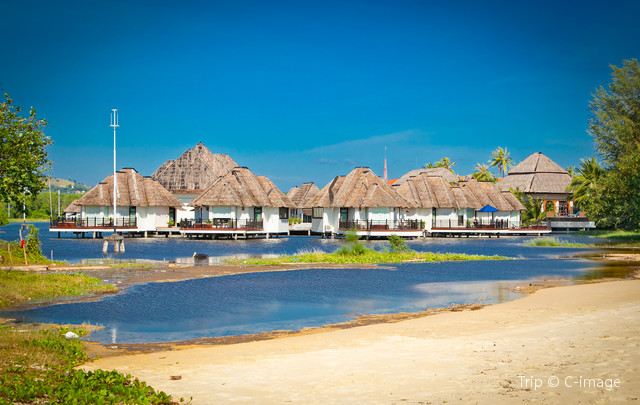 Sihanoukville, known as “Kampong Som,” is a southern coastal city in Cambodia and the capital of Sihanoukville Province. It is surrounded on three sides by the Gulf of Thailand, giving it a long coastline with a series of beautiful beaches that are winning over the hearts of tourists from around the world.

1）White Sands and Blue Waters in a Tropical Paradise 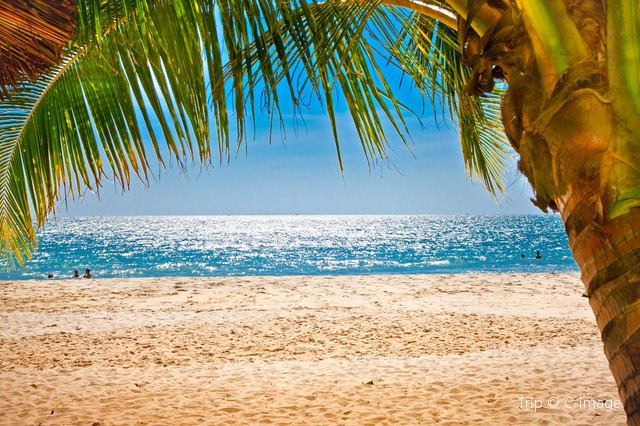 Otres Beach, often highlighted as the number one beach in Sihanoukville, is known for its relaxing environment and clear waters. Stretching some 4.5 km and divided into several sections, Otres is exceedingly popular with Western tourists. Many backpackers like to pick a spot along this lengthy beach and chill for days or even weeks. It’s a fantastic place to read or get some work done absent the normal day-to-day distraction. Countless resorts and bungalows dot the beachfront. 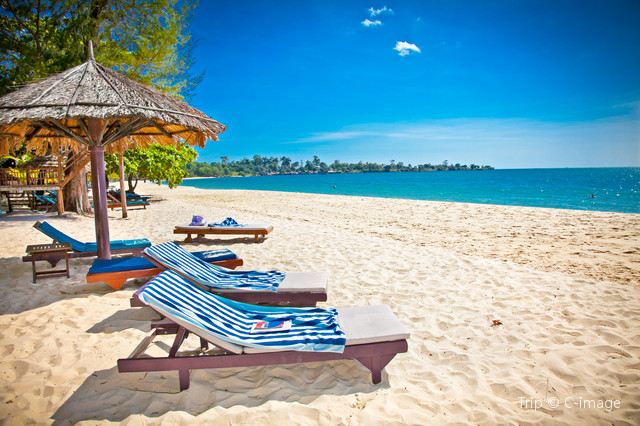 Imagine waking up with the beach at your doorstep. Stepping out of your room you’ll be wading into warm ocean waters without the hassle of traveling from points inland. In the evening, close out your day by witnessing one of the most incredible sunsets in Southeast Asia. From Otres Beach, if you head north you will find the 4 km long Ochheuteal Beach, which also ranks among Sihanoukville’s most popular. The northern portion of Ochheuteal Beach is known as Serendipity Beach. Both are populated with bars, street vendors, and party spots. If you are looking to experience the nightlife, these beaches will suit you.

2）Under the Sea and Down Where it's Wetter

Sihanoukville provides plenty in terms of scuba diving and snorkeling experiences. Long off the diving world’s radar due to Cambodia’s under-developed tourism sector, Sihanoukville offers a plethora of attractive dive sites. Koh Koun is quite popular due to its close proximity to Sihanoukville. Koh Tang, Koh Prins and Koh Pulawei offer some of the best diving in Cambodia. 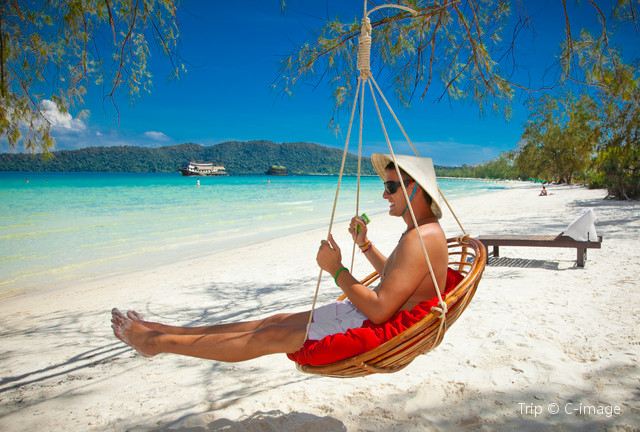 However, owing to the several hour's journey required to reach them and to their being accessible only a few months per year, they are rarely dived on. This makes them highly attractive locations for divers looking to experience pristine waters in near isolation. Dive centers like Scuba Nation, Chez Claude, and The Dive Shop can organize and lead a variety of diving excursions from snorkeling and introductory dives for beginners, to fully-outfitted multi-day expeditions catering to experienced divers. Do some research and explore the many options before deciding on a dive center and excursion. 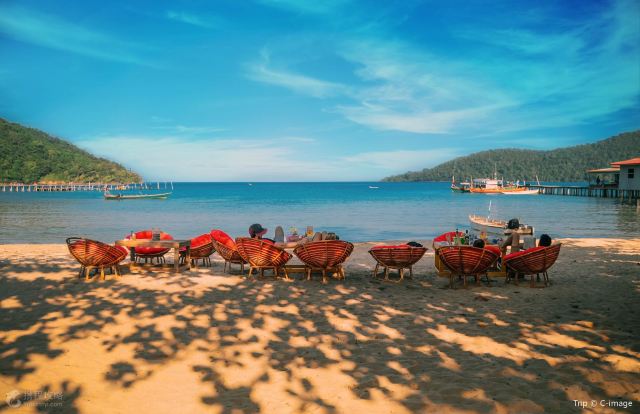 Other than chilling on the beach, swimming, or diving, what else does Sihanoukville offer? As a Buddhist country with a rich heritage, visiting local monasteries and cultural landmarks is a key part of any Cambodian tour. In Sihanoukville, if you would like to experience the local Buddhism, you should check out Wat Leu Temple situated on a hilltop 1.5 km northwest of the city center. 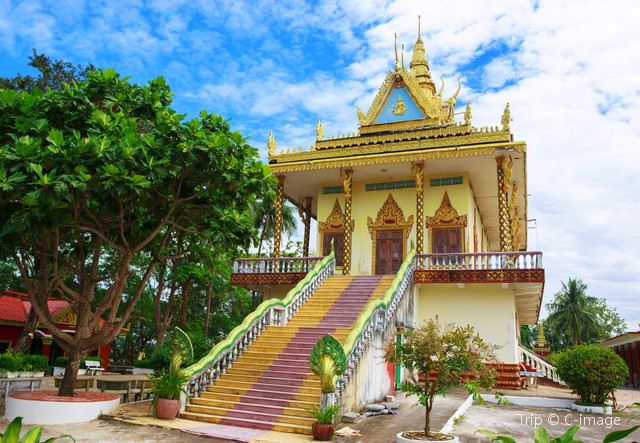 It is one of five main Buddhist temples scattered around Sihanoukville. The temple is famous for its beautiful architecture. The highlight of the temple structure is a three-headed white elephant carved out of a stone wall with a statue of Buddha on each of the elephant’s heads. As you walk down the hill, pay a visit to Wat Kraom, also known as “Lower Wat.” This temple is located along Independence Beach right at the foot of Sihanoukville Hill. The hill offers a panoramic view of the town and surrounding area. This is a must visit attraction if you are into photography. 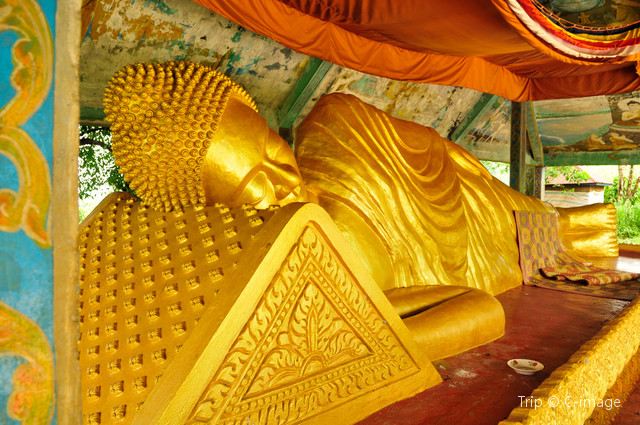 In Sihanoukville, you can get a sumptuous seafood dinner at a very affordable price. A majority of tourists make a point to try a Beach BBQ during their stay. There’s also local cuisine and a varied selection of international fare to choose from. Most of the cafes, bars, food, and nightlife options are concentrated along Occheuteal and Serendipity beaches. 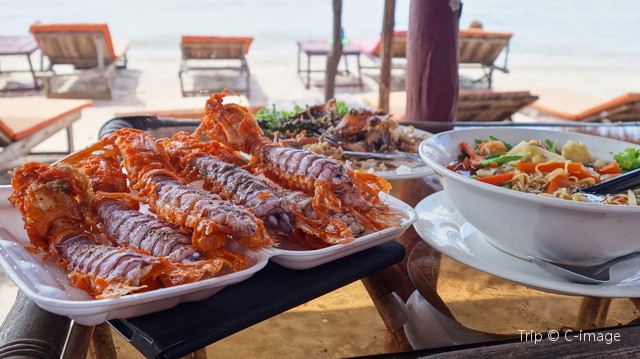 There is quite a bit of nightlife in town especially in and around Ekareach Street. You might try the Angkor Arms and nearby Small World along with a couple of other expat-run bars. The Snake Pit is between north and south Victory beaches and features bar-top dancing and hard-to-find Russian vodka. Music and dance feature heavily at the locations within the town. Travelers seeking a more laid-back nightlife might want to stick to the beach areas.

5）Step Up and Try your Luck 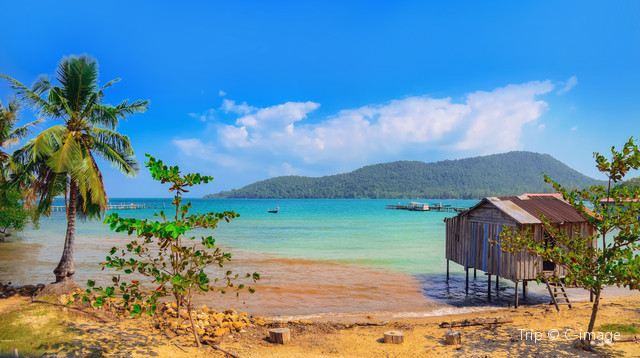 Sihanoukville has grown into a popular gambling hub in recent years. Given the Chinese backing behind many ventures, it’s no wonder people are beginning to call Sihanoukville “Macau Number Two.” The towering skyscrapers and vast domed structures covered in flashing neon signs have transformed Sihanoukville in less than two years. It is estimated there are more than 70 current or planned casinos. Vast Chinese-run construction projects are visible across almost every area of the city and its shopping streets are now lined with majority-Chinese businesses and restaurants. Cambodia has largely welcomed Chinese investment in recent years and this is readily evident in Sihanoukville.

Visiting the Greatest Cities in the World
TripBlog