For most people, New Years evokes memories of large celebrations. Perhaps it’s watching the ball drop in New York’s Times Square, perhaps it’s the fireworks from Sydney Harbour Bridge. In Thailand and other places throughout Southeast Asia, New Years is an excuse to have a massive water fight. Thailand’s traditional New Years festival, known as Songkran, is observed every year from April 13-15. To understand Songkran is to gain an appreciation of Thailand and Thai culture. In this travelogue, we explore the traditions around Songkran and delve into some recommendations for great places to participate in the festivities. Make sure you’ve got a change of clothes, because we’re going to get wet. 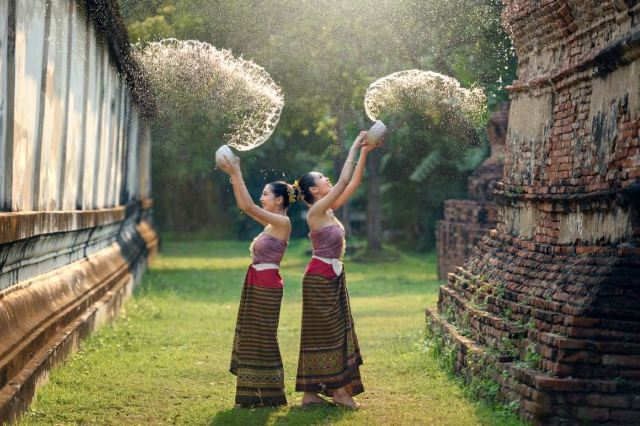 Officially, Thailand observes New Years on January 1. However, as with many cultures, particularly in Asia, Thais follow a traditional calendar system for major holidays and festivals. In this case it is a Buddhist solar calendar, which marks the passage of time according to the sun’s position in the astronomical zodiac. Songkran was first mentioned in Buddhist scriptures and marks the rise of Aries on the astrological chart. Between 1888 and 1940, Songkran was the country’s official New Years. However in 1940, Thailand adopted the Gregorian calendar. Nevertheless, Songkran remains a culturally significant holiday. In 1989, the government decreed the official date for Songkran to be April 13-15. In 2019, because April 13 is a Saturday, the Songkran festivities run from April 12-16. 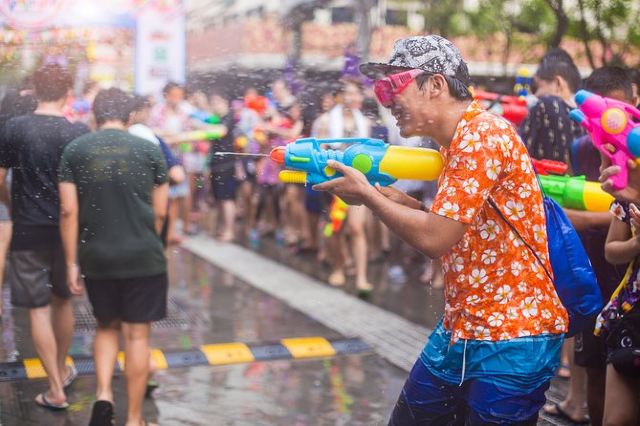 Celebrations during Songkran are multifaceted. Western interest in the holiday centers on the massive water fight where people soak each other using buckets, bowls, squirt guns, and myriad other ways of throwing water. While this is instantly the most recognizable (and fun) part of Songkran, the associated traditions go much deeper. Songkran as a festival aligns heavily with the Theravada Buddhism practiced by the vast majority of Thais. 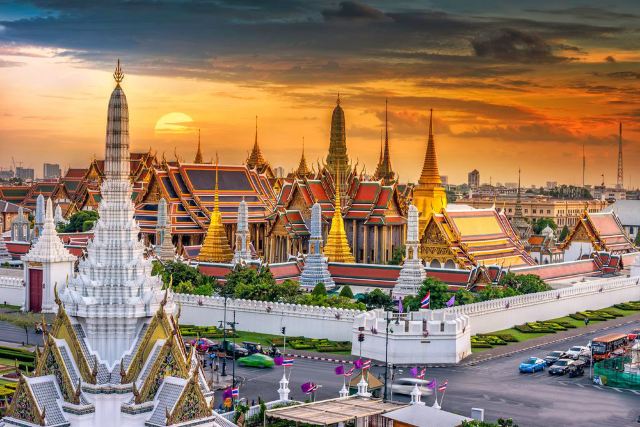 Accordingly, Songkran celebrations typically begin with a trip to the temple and an offering to the monks there. A washing ceremony takes place wherein visitors pour water on monks in order to wash away bad fortune and sin. Legend has it this water was often collected, taken home, and spread on family and friends so they too might enjoy good fortune in the coming year. Over time, the water festival tradition was born. 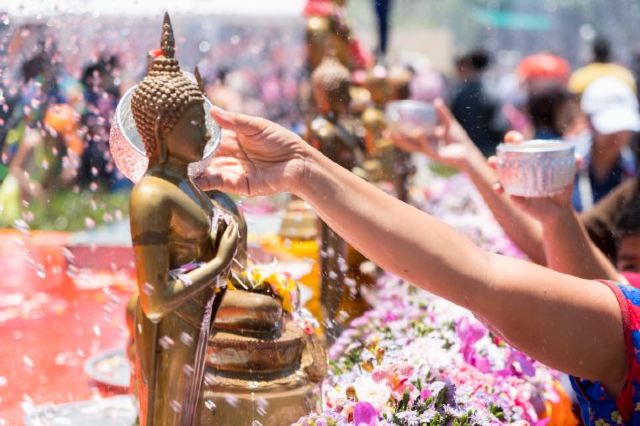 The water splashing occurs throughout Thailand meaning where you choose to go depends much on what else you wish to see and experience. The following are reliable, if not unsurprising, places to experience Songkran.

Thailand’s capital Bangkok is lively any time of year, but particularly so during Songkran. The city’s many temples, canals, and parks are thronged with people. A few places to consider include Silom Road. The five kilometer thoroughfare will be lined with people trying to outdo each other. There is also a nice elevated section where you can go to escape the hydro carnage below if you need to. 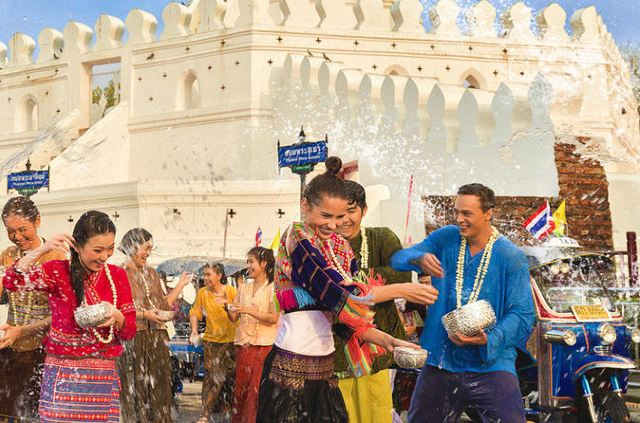 Likewise, Khao San Road is a popular location with foreign tourists. There is lots to enjoy and plenty of food and drink. Those hoping for a less intense venue should consider Sanam Luang, which is just opposite the Grand Palace. Celebrations here are much more subdued and more representative of how elder Thais like to observe Songkran. Because Bangkok is the major city in Thailand, there will Songkran activists nearly anywhere you go.

Thailand’s northern capital is no stranger to a lively Songkran party. Here festivities stretch out for a week, quite a bit longer than in other parts of the country. As in Bangkok, you will find activities throughout the city. The areas around the moat, canals, and Ping River tend to be very popular. 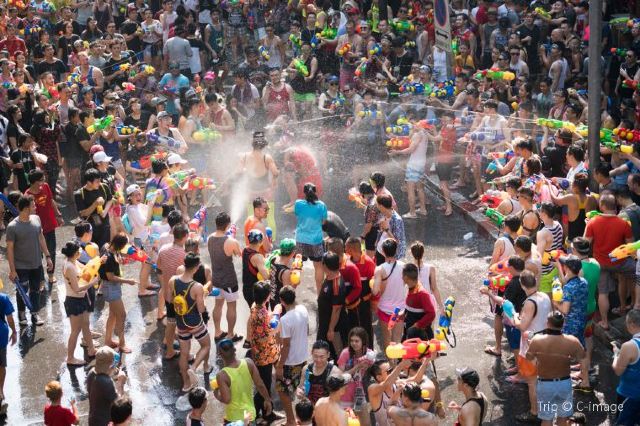 Likewise Thapae Gate and Chiang Mai Gate are popular gathering points. Finally there is always lots to see and do along Nimmanhaemin Road. Here you will find DJs playing music, people dancing, and of course, lots of water. If you happen to be in Chiang Mai, a great thing to do is find your way into some of the smaller streets or alleyways. There’s great fun to be had away from the large crowds.

Major water splashing parties will take place in Phuket Town and around Bangla Road. Here you can expect to find all of the usual trappings associated with Songkran including the roving conveys where people in jeeps or other open vehicles come through with water guns blazing. Of course there will also be lots of tourists enjoying the holiday in Phuket so it can be fun to organize a group of people into a foot patrol where you can wander around the city and explore. 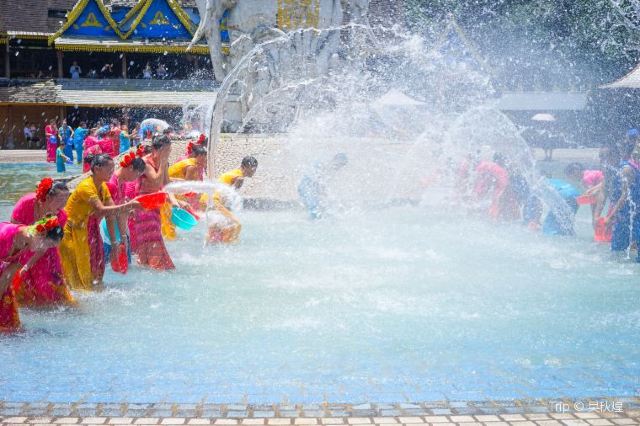 Visitors to Thailand who wish to participate in Songkran should remember that while it is a time for fun and enjoyment, it is a deeply significant occasion for Thais and should be respected accordingly. Being mindful of the traditions will enhance your experience. Visitors should take care to dress appropriately, meaning modest clothing or swimwear covering your body. Thailand remains a conservative society and immodest clothing is seen as an affront. 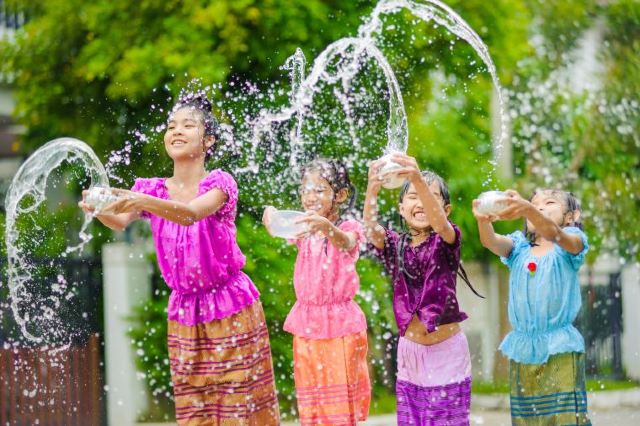 When you participate in the water splashing, use common sense and avoid targeting people’s eyes. Never use dirty water or add anything to the water you spray, this includes ice cubes. Protect your valuable electronics in a good waterproof container and recognize that being outside makes you a fair target for revelers. As you participate in this great cultural event try to do something kind for people or perhaps a monk. This will show you care about more than just having a good time. Observing these simple things will make Songkran an unforgettable experience and help you gain a deep appreciation for Thai culture.