There are a few destinations in Thailand that can be really called ‘Paradise on Earth’ and one of these is the Similan Islands. Simply the best snorkeling destination in the Kingdom, these inhabited islands form an area of great natural beauty. 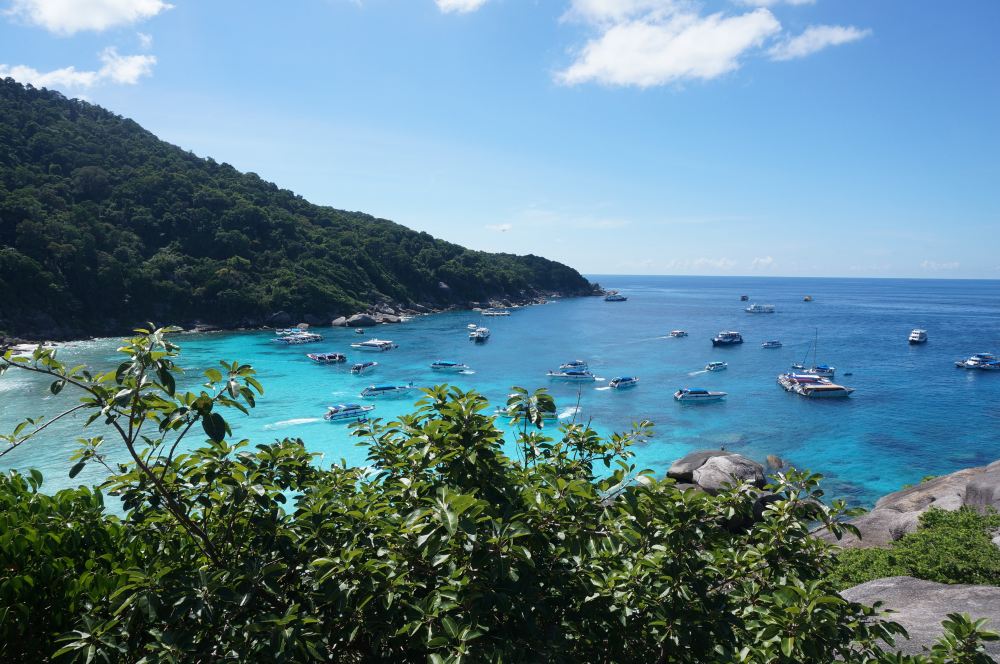 No beach destination has embraced the popularity of Thailand in its finest form like the Similan Islands. A chain of untouched islands and islets off the Khao Lak coast, and connecting the southernmost borders of Myanmar’s Mergui Archipelago, this is the pinnacle of beauty. The various uninhabited islands constantly maintain their place as one of the world’s most in-demand destinations for snorkeling and scuba diving enthusiasts. Rising out of ocean waters, as clear as glass, the protected islands teem with underwater life whilst giving home to secluded beaches with sand as fine as sugar. Repeating visitors describe it as Paradise Lost: we call it Paradise found when heading with us to the Similans.

A day that will bring you and your travel companions to one of the most pristine and unspoiled parts of Thailand that have gained international name and fame for its marine life and abundance in peace and serenity. Pick up from your hotel in Phuket will be around 6 am and gets you to the main pier for a speed boat ride to the Similan Islands, an officially declared National Marine Park since 1982. Closed during May and October for visitors in line with its protected status, snorkeling and scuba diving are amongst the most sought-after activities.

The Similan Islands are located in the junction between the Andaman Sea and the Indian Ocean. The 9 islands, covering an area of approximately 130 square kilometres, were created from volcanic activity some 65 million years ago, smoothened by glacial ice and now stand as granite-based, foliage covered, and coral loving tropical paradise. Clear tropical waters and notorious low in nutrients, which tend to eclipse any possibility of a high density of marine life are some of the ‘commodities’ ones will find here.

In the morning, we are taken across the Andaman Sea to head to Christmas Point for swimming and onto Donald Duck Bay for either swimming or a hike to the island’s viewpoint (located on island number 8). Then, a first snorkeling stop is done at island number 9. Afterward, a buffet lunch is organized on a beautiful white sandy beach. Then, we will head to Honeymoon Bay and Koh Ha for a second snorkeling stop before heading over to Na Beach on Koh Miang where you can either snorkel in Princess Bay or explore the island and laze on the beach.

The journey back to the pier is made around 16:00PM. After a speedy trip over the crystal clear water, we reach the mainland and drive back to Phuket, where we expect to arrive in the evening.