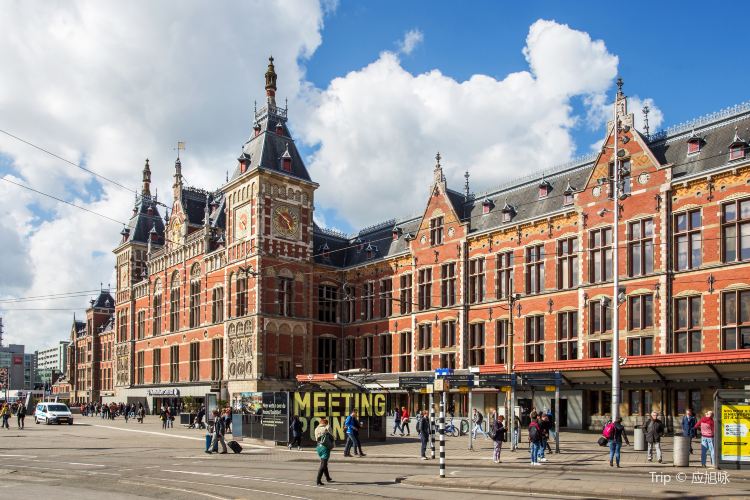 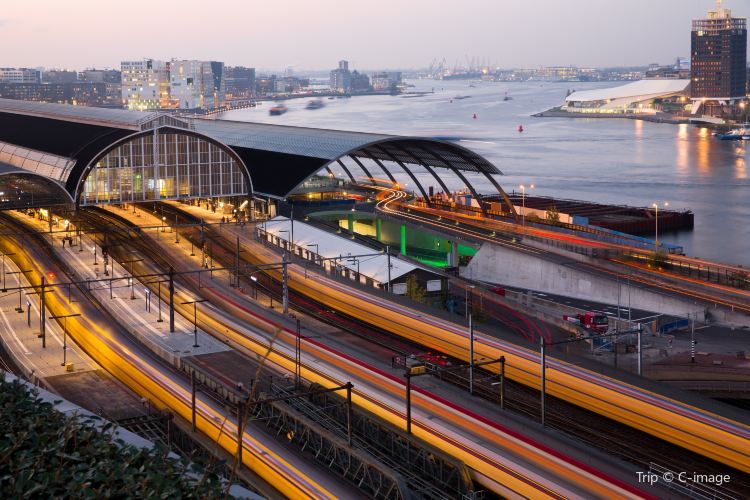 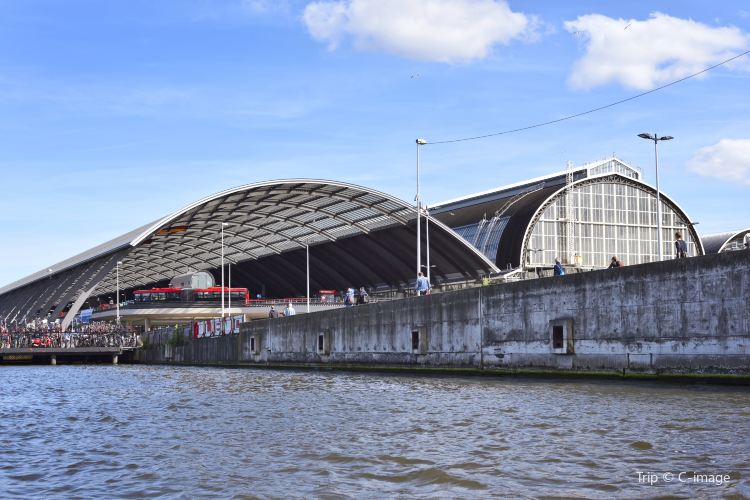 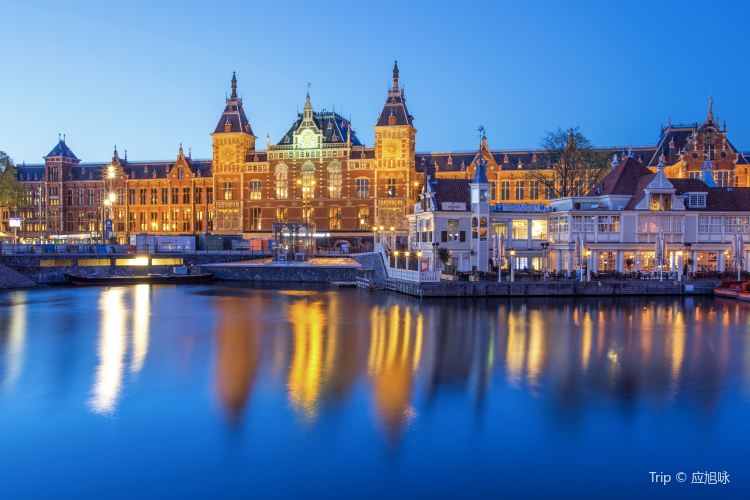 From Amsterdam Central Station, there is a river in front of the door. There are many cruise ships on the river. Some stop by the river and wait for guests, while others are full of guests cruising in the river. The cruise ships are very clean.