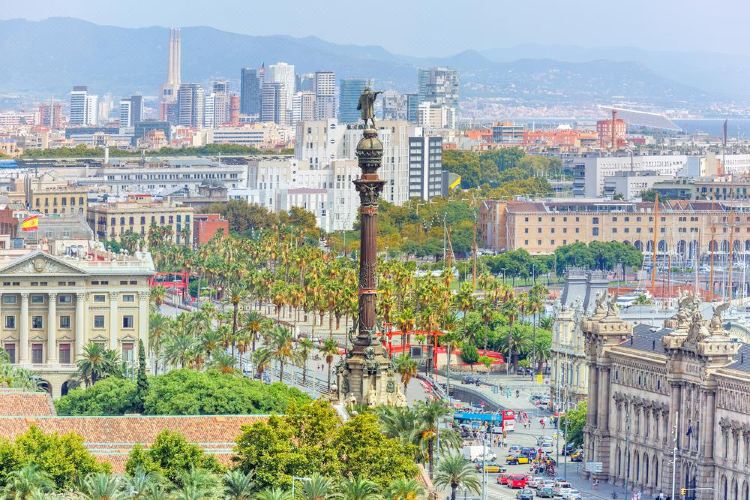 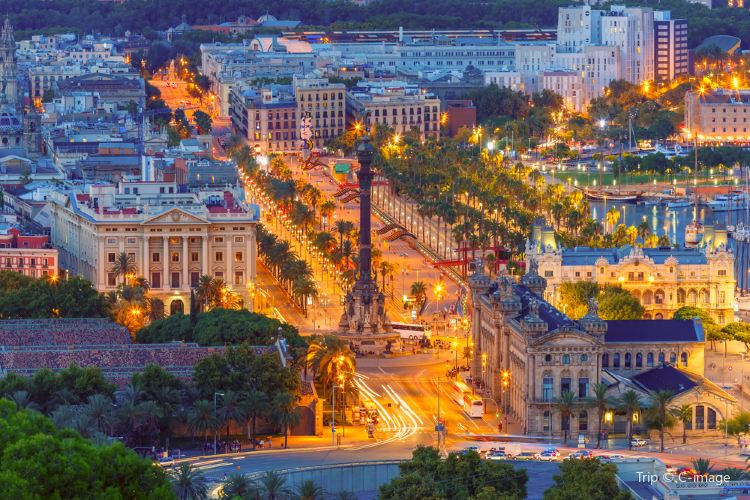 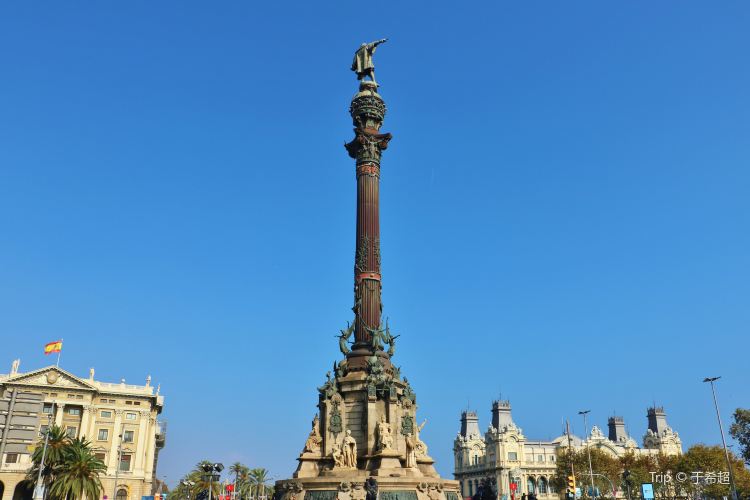 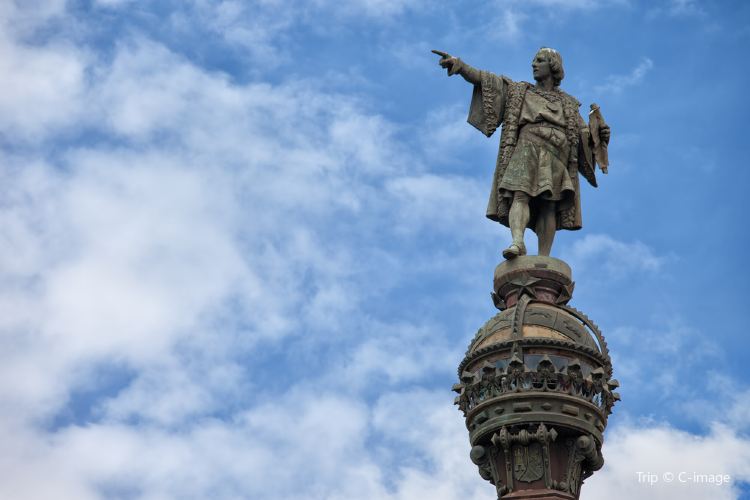 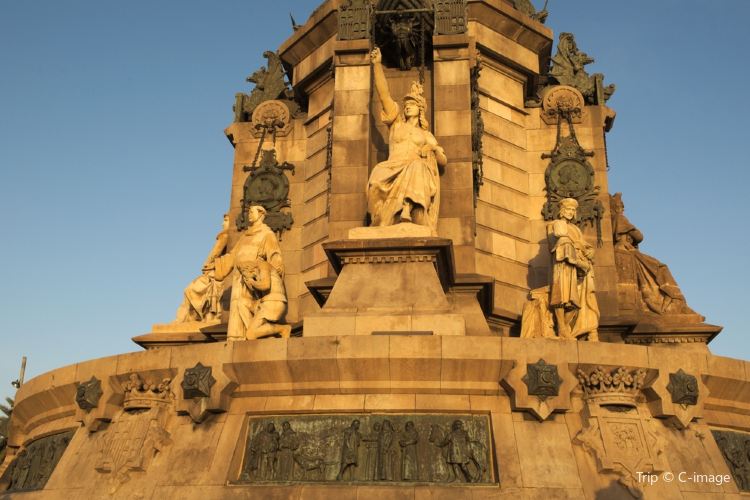 in my opinion, the statue is more like a totem, one hand holds book, one hand, pointing to the direction of the American continent Columbus in the face of the sea, "to the west, to the west" shout and behind saturated with faith, has been deeply integrated into the once sea overlord of every people in the blood.

Post
The Columbus Monument is located at the end of Barcelona's Rambla Street and is also the starting point for the port area. From here, you can take the elevator directly from the Information section on the basement level to a small platform of 60m, overlooking the entire Las Ramblas and the port of Barcelona. At sunset, I bought a 6 elevator ticket from Information and got into a small elevator that can only accommodate up to 4 people. The elevator goes directly to the top and comes out to the small platform. It is said that it is a small platform. In fact, it is the circle at the foot of Columbus. The space is small and endless. It can only be passed by one person, and it is still relatively short. The tall person can only bend all the way, and there are some wrongs. But you can see the sunset, value! If the wind is strong, sometimes you can feel a slight sway at the top of the monument. 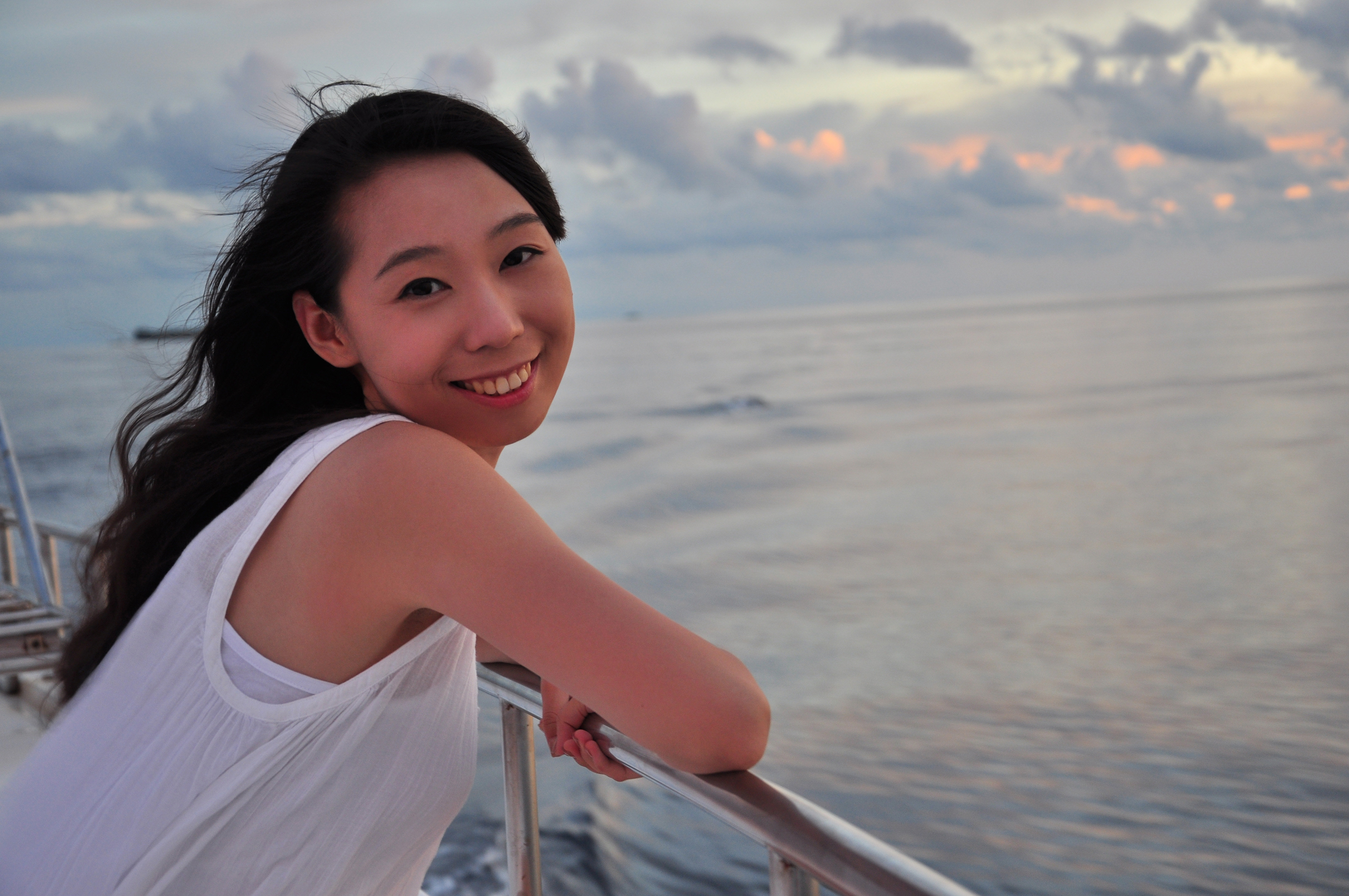 karenluna
The #columbus Monument is a 60 m tall at the lower end of La Rambla, #barcelona, Catalonia, #spain. It was constructed for the Exposición Universal de Barcelona in honor of Columbus' first voyage to the Americas. #inspiration #happynewyear 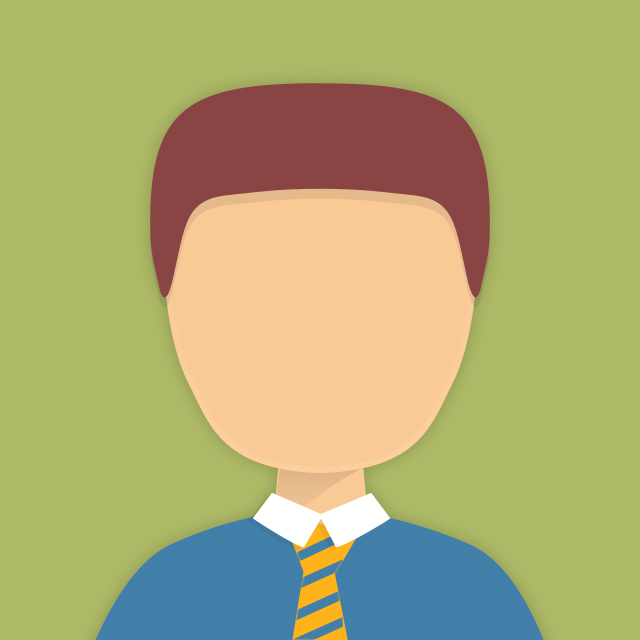 Constructed for the 1888 exposition, the Columbus Monument in Barcelona is a significant landmark of the city and commemorates the location where Christopher Columbus was greeted by King Ferdinand and Queen Isabella on his return from his first journey to America. This 197 foot cast-iron monument was sculpted by Rafael Atche. It is said to depict Columbus pointing out land upon reaching the Americas. The statue which houses an elevator in its column, offers you the chance to view the city from a viewing platform located in the sphere under the statue's feet.
Show More