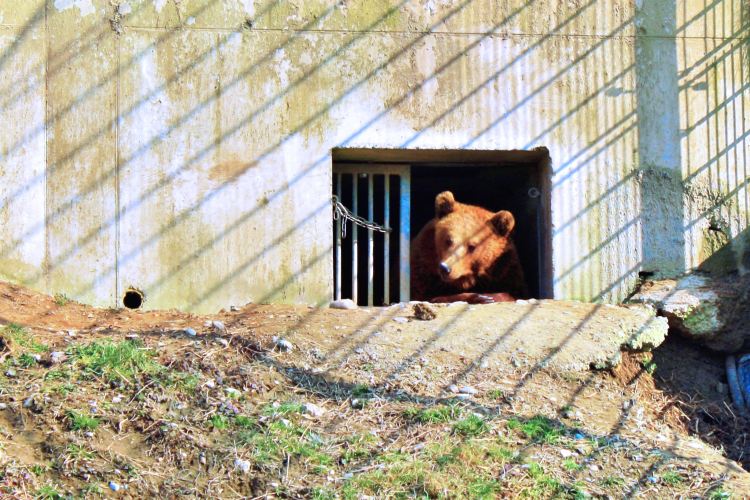 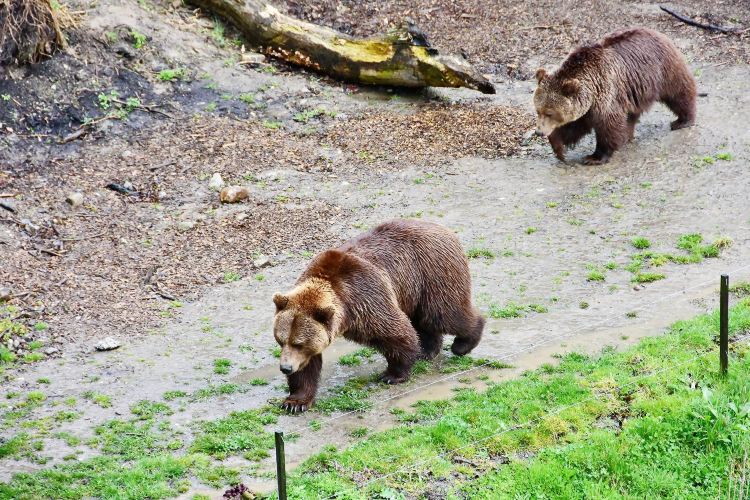 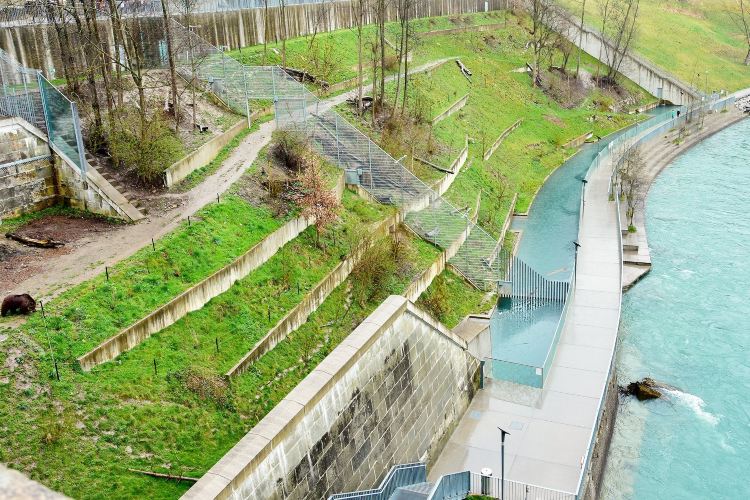 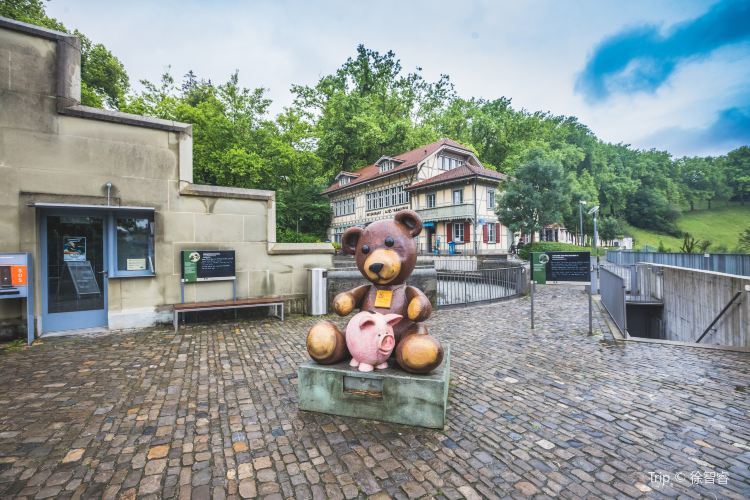 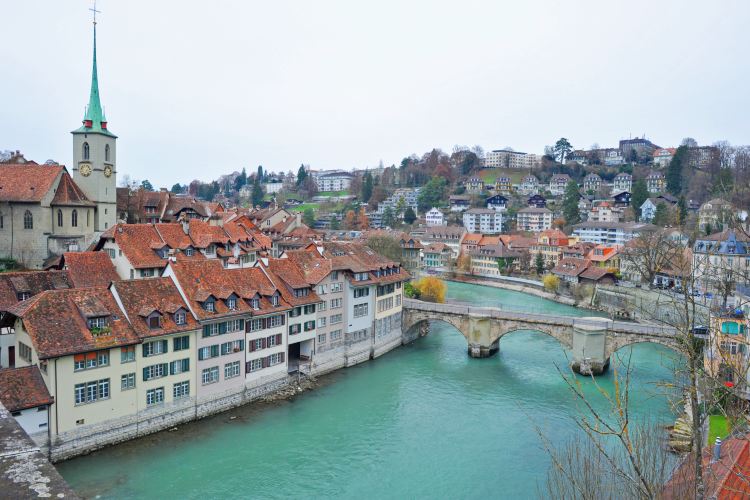 Bern is named after the bear. When you arrive in Bern, you will naturally go to the Bear Park to take a look. Go east along Kram Street and pass the Nediger Bridge across the Aare River to the Bear Park. On the wire between the telegraph poles, a little bear walked the wire cautiously. It was a sculpture~ too realistic. Visitors are looking down around the railings. In the round world, the bears may wander around or lie down to rest. They are naive~