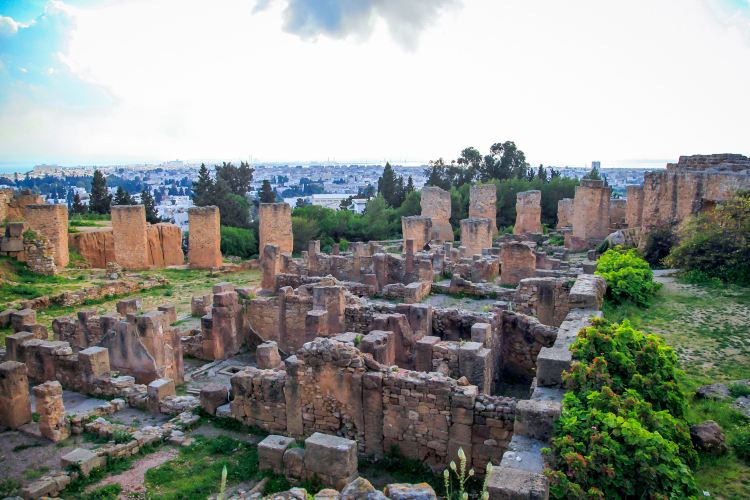 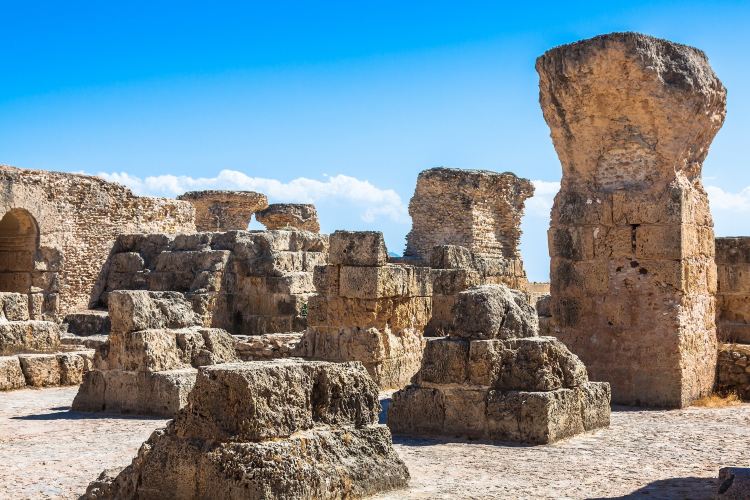 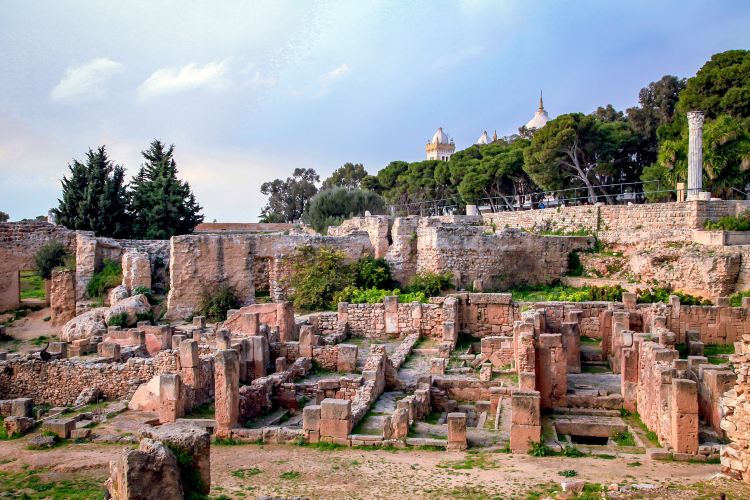 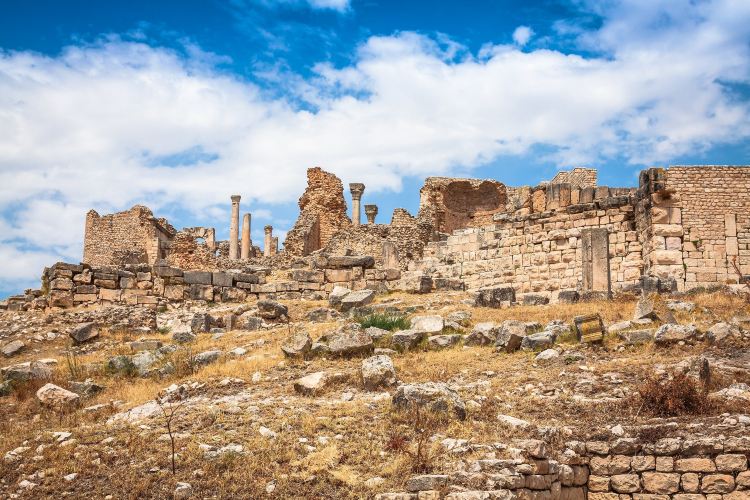 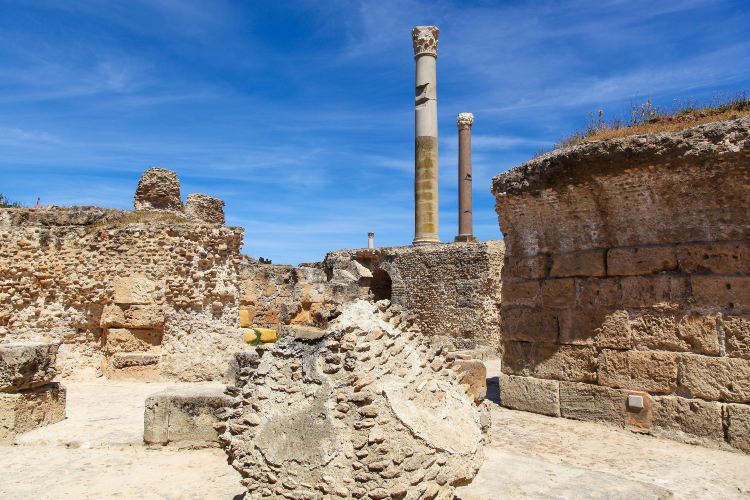 The oldest part of the ancient city of Carthage is located at the foot of Mount Birsa near the coast, which is also the core of the city of Carthage. On Mount Birsa, the Carthaginians built strong fortifications. The walls there are 34,000 meters long, 13 meters high, and 8 meters wide. There is a watchtower every 60 meters. After excavation, archaeologists discovered that in addition to the vaguely recognizable architectural relics such as palaces and residences, there are also many sarcophagi, burial objects, and palace ruins from the Byzantine era.

More
Show More
Reviews
Some reviews may have been translated by Google Translate
4.5/5Outstanding
All(92)
Latest
Positive(75)
Photos(55)
Reviews from Tripadvisor

Post
The famous Anthony Baths were built during the Roman Emperor Anthony in the 2nd century AD. There is a ruins of the Christian church in the old city, the earliest Christian church in Tunisia. Most of the relics of the Phoenician era that were excavated were graves, sarcophagi and tombs. The well-preserved Anthony public bath is located near the beach at the Carthage ruins. The upper building is no longer there, but the structure of the building can clearly see the symmetry of the dressing room, the hot swimming pool and the massage room. Gradually warm the hot water room, warm water room, cold water room, gym and swimming pool. The water in the bathroom is drawn from the Zagwang Aqueduct 60 km away. Sunset, just a bunch of sun hitting the bath, the golden light of the entire site is particularly shocking.

Coco Wang
The ruins of the ancient city of Carthage, located 17 kilometers northeast of Tunis, the capital of Tunisia. In 1979, UNESCO listed the ruins of the ancient city of Carthage as a cultural heritage on the World Heritage List. Carthage In the Phoenician language, it means a new city. According to written records, the ancient city of Carthage was built in the late 9th century BC. After the city was built, the national strength gradually became stronger and the territory expanded continuously, becoming one of the political, economic, commercial and agricultural centers of the Mediterranean region at that time. After the power of the Phoenicians, there was a direct conflict with the Roman Empire. In the third Punic War, the Phoenicians were defeated by the Romans. According to the resolute claims of the Roman Senate, Carthage was razed to the ground by the Roman army. In 122 BC, Rome rebuilt the city on the site and developed it into the second largest city in the country after Rome. In 698 AD, it was completely destroyed by the Arab army. Currently The Tunisian government is planning to build the entire ancient city of Carthage into a national archaeological park to preserve this great monument.

Coco Wang
There is no day in Tunisia that is not good weather. Clear skies, blue sky, white walls, low clouds, high sky. The Carthage ruins are the most casual sites I have ever been to, and I can freely touch the stones of these millennia. There has always been a question: I am an Asian face, with brown eyes and black eyebrows, but it is a yellow hair. Can Tunisians judge where I am? 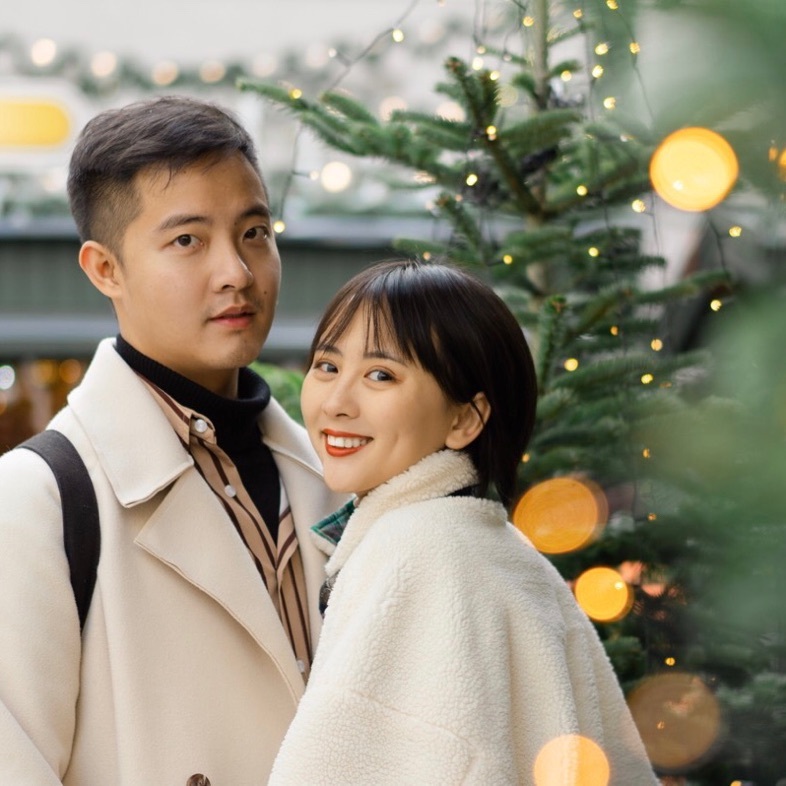 The Site of Carthage is located in Tunis, the capital of Tunisia. "Carthage" means "new city" in Phoenician. According to the written records, the ancient city of Carthage was built in the late 9th century BC. After the city was built, the national strength gradually became stronger, the territory expanded continuously, and it became one of the political, economic, commercial and agricultural centers of the Mediterranean region at that time. The main remains of the Site of Carthage are stone pillars, original dwelling houses, and rest rooms. Visitors can overlook the Mediterranean Sea from here and the scenery is beautiful.
Show More