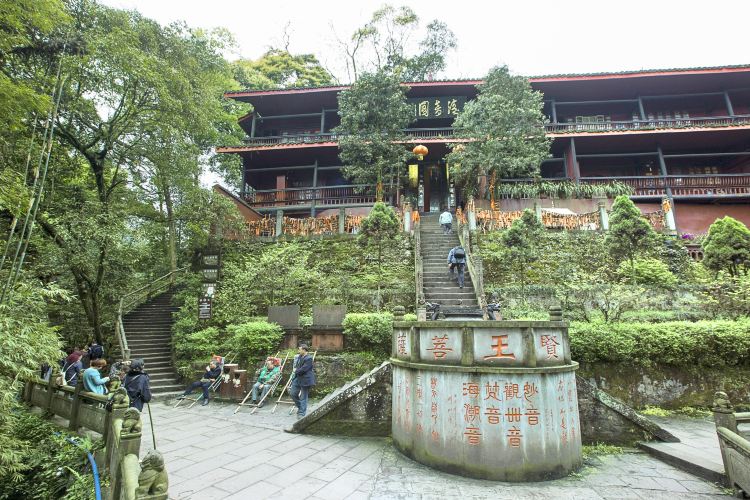 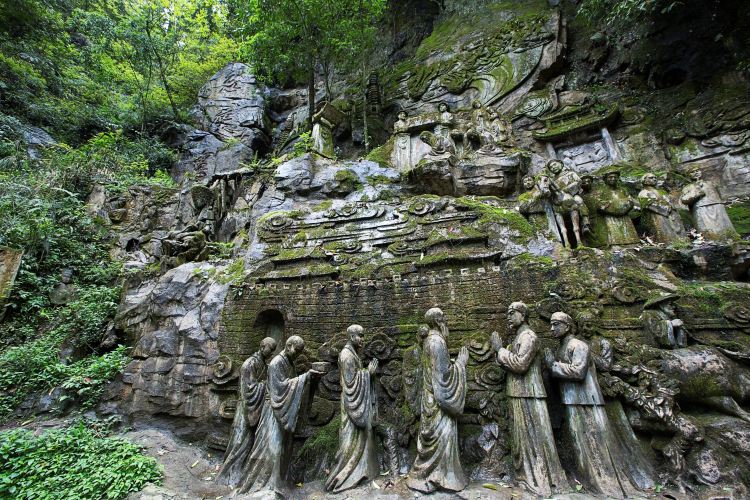 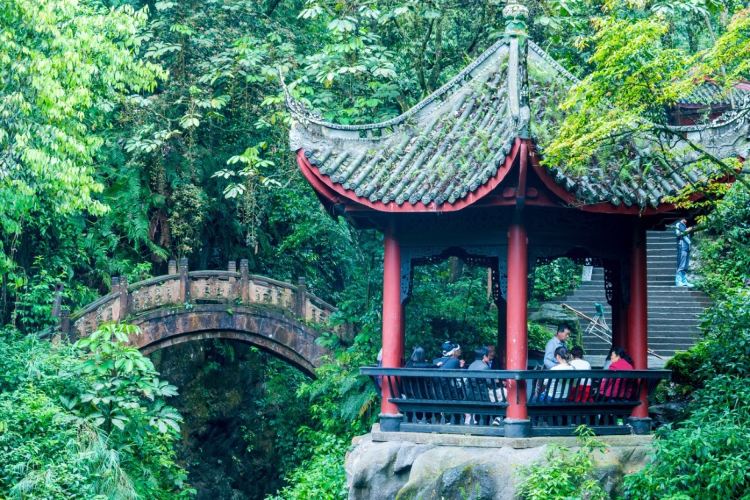 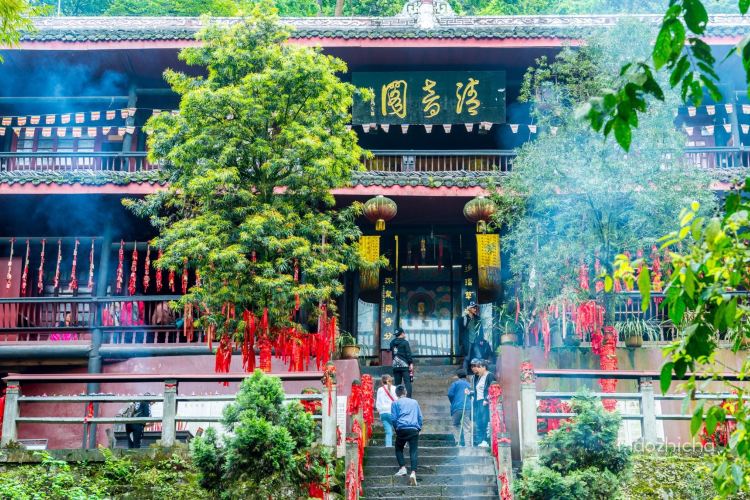 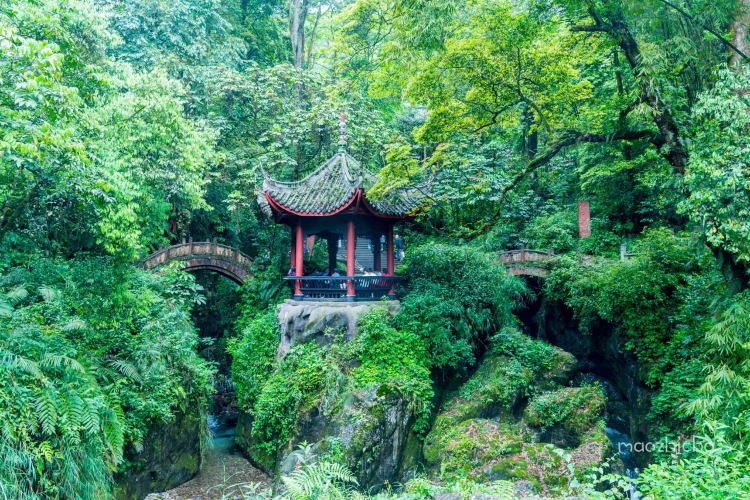 Qingyin Pavilion, also known as the waunji Temple, Emeishan one of the eight great temples, dedicated to Shakyamuni, Manjusri Bodhisattva, Puxian Bodhisattva. In 1369, he came to Mt. Emei from the monk hirosei tsuruko Ji Temple in Fengyang, Anhui Province, and took the character of 'seiyo' in the poem "shoin Shi" (the poem of the imperial court), which was written by the poet of the Jin Dynasty, and changed the name of the temple to 'seiyo Kaku.' Qingyin Pavilion is small, but the terrain is dangerous, high, surrounding water, mountains around the water, pavilions and towers, there are Emei Mountain 10 scenes of one of the "Double Bridge Qingyin", clear streams across two small bridges, under the bridge black, white two streams of water impact the blue pond like the boulder heart, water, The whole layout of the ox-xin pavilion on the stream is a symbol of the "natural creation, the unity of heaven and man", and it is a model of the Buddhist temple garden architecture.

Qingyin Pavilion, also known as Woyun Temple, is an important temple in Mount Emei. It was built by Huitong Zen Master during the Tang Emperor's Reign, and is one of the eight temples of Emei Mountain. The temple is dedicated to Sakyamuni, Manjushri, and Samantabhadra. The famous "Shuangqiao Qingyin" in Emei Mountain is here, two stone bridges leap, the river is a clear river, it is also a good place to take pictures in the mountains.
Show More