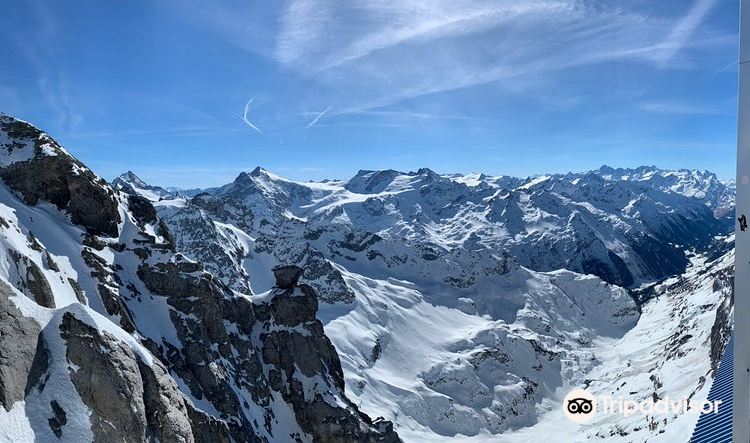 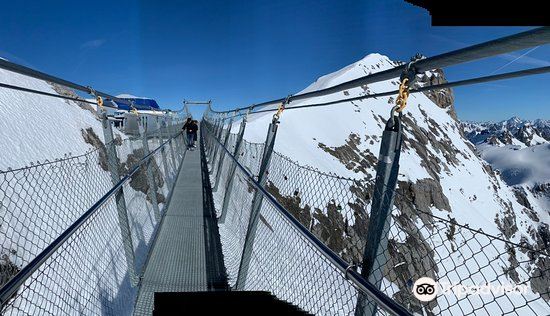 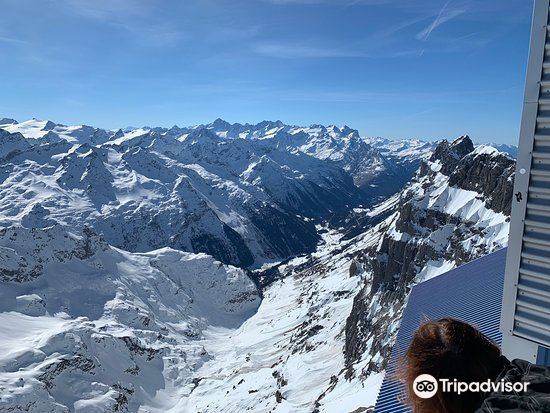 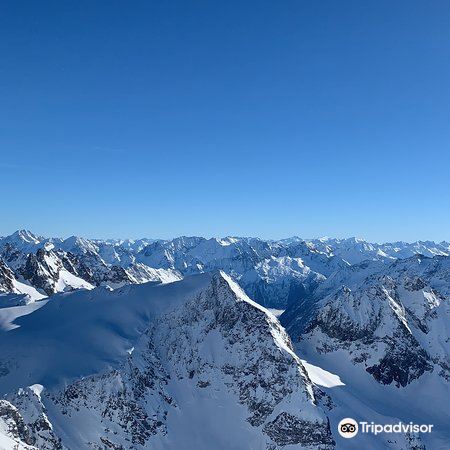 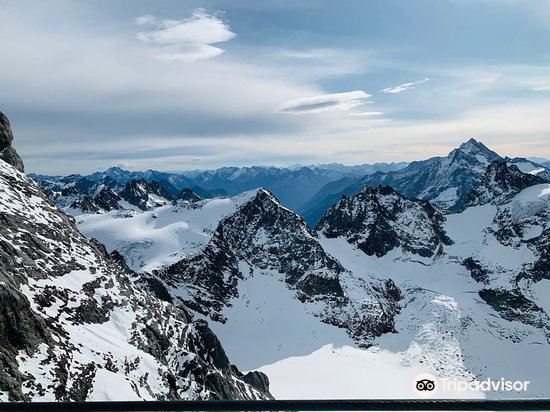 This cliff cable bridge has a total length of 100 meters and a width of 1 meter. It is located tens of meters behind the exit of the Titlis Snow Mountain Cableway of 3200 meters. The ground is covered with snow all year round. This bridge is not thrilling but can better observe the glacier under your feet. After crossing the bridge, go down the iron ladder and enter the ice sculpture tunnel. Some people hang concentric locks on the bridge, but people are not encouraged to do so. It is estimated that the snow mountain staff will also clear them at a fixed time.