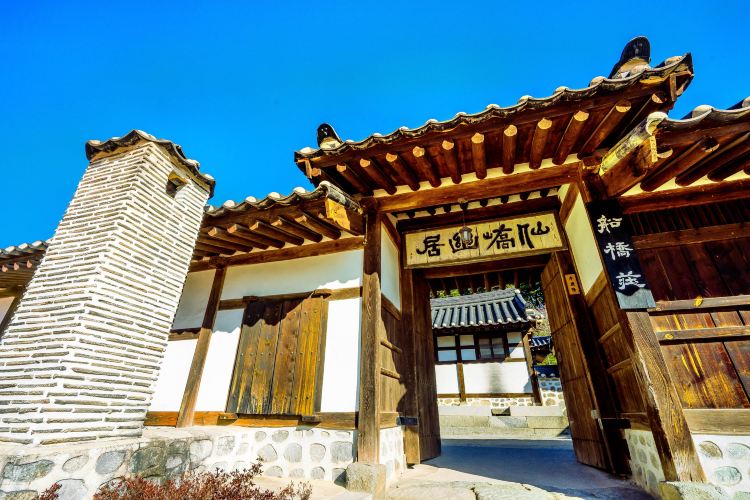 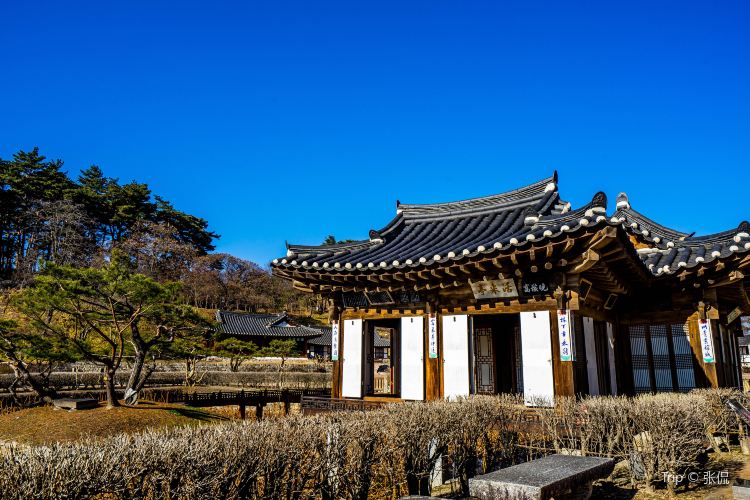 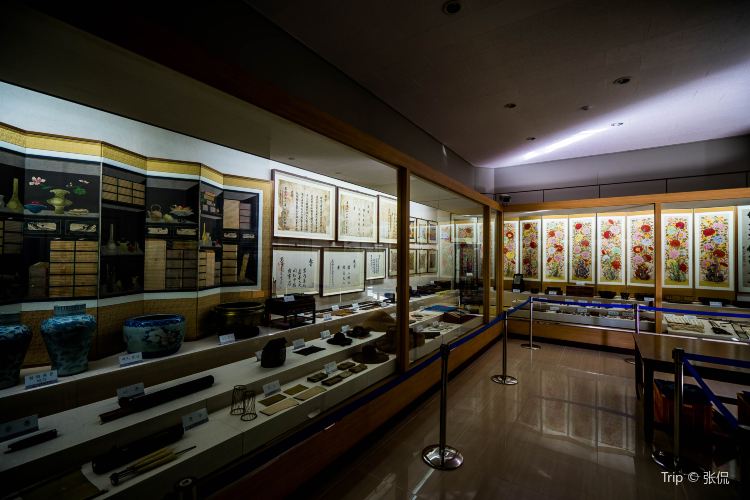 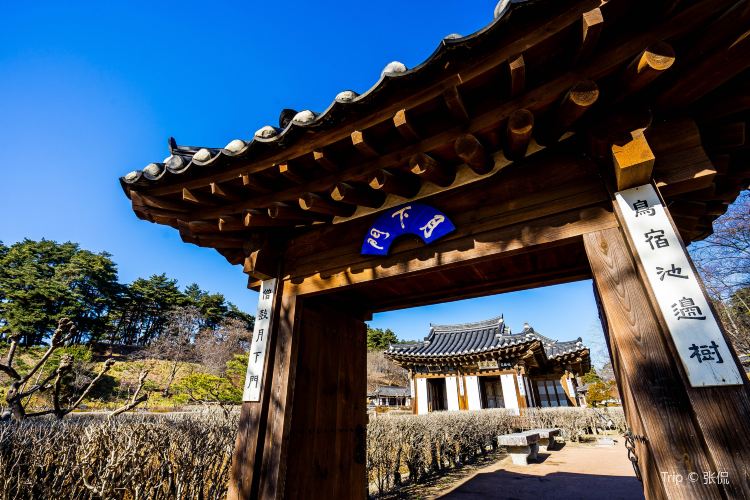 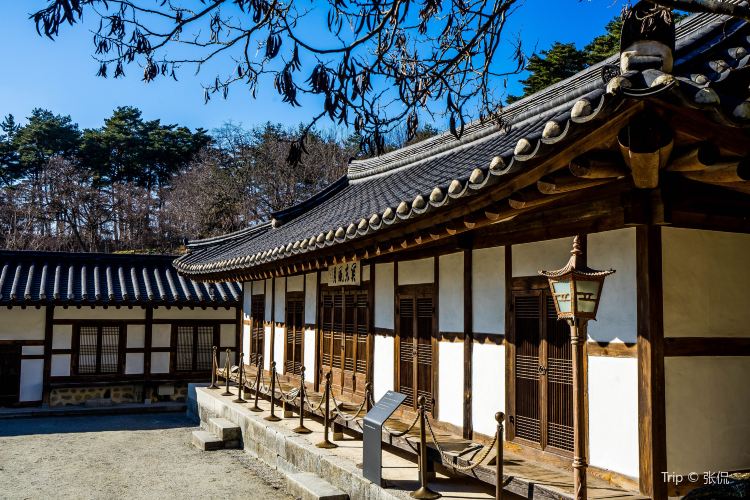 There are two large-scale hanok buildings around Gyeongpo Lake, and they are both filming locations of Korean dramas. One is Ojuxeon where "Saimdang" was filmed, and the other was "Gong" and "Sungkyunkwan Scandal". "Huang Jinyi" "Princess Man" and other Korean dramas Funabashizhuang. We chose Funabashi Village. For me, the reason is very simple, just because the "Palace" filmed here back then was a work that brought me back to Korean drama. For Rongrong, Mao Rabbit and Yu'er, the reason is also very simple, that is because I have not entered the main entrance before I come, and I can see a lotus pond, which seems to be more than 100 square meters, and there is a pavilion in the pond. The building is called the Huolai Pavilion, where the host entertains guests to admire the lotus. The reason why it is called Chuanqiaozhuang is because in the past, there was Jingpo Lake in front of the gate, so the means of transportation in and out of here was mainly by boat, so the name came from. However, the area of Gyeongpo Lake is gradually shrinking due to the accumulation of sediment over the years. Now the perimeter of the entire lake has shrunk by 4 kilometers compared to before. So although the current Chuanqiao Village is still very close to Gyeongpo Lake, it has been See the lake if you can't go out. The hill behind Chuanqiaozhuang is full of tall trees of unknown names, like a tropical rain forest, just the road behind Mao Rabbit, and you can see the steps up the hill if you keep walking, the hill is not high. I occasionally saw photos uploaded by others when I wandered outside the "wall" before I set off. The photos taken in the woods under light rain were quite sensible.