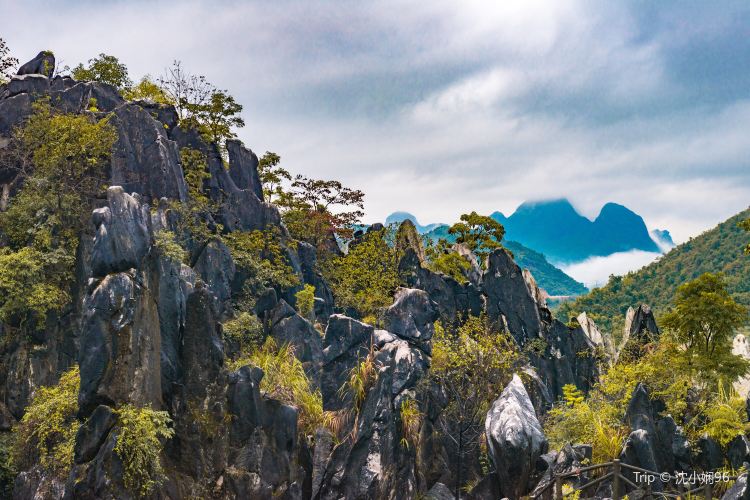 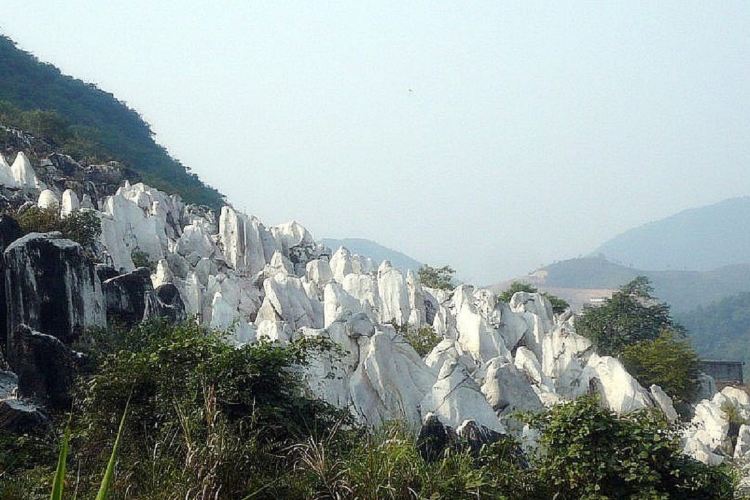 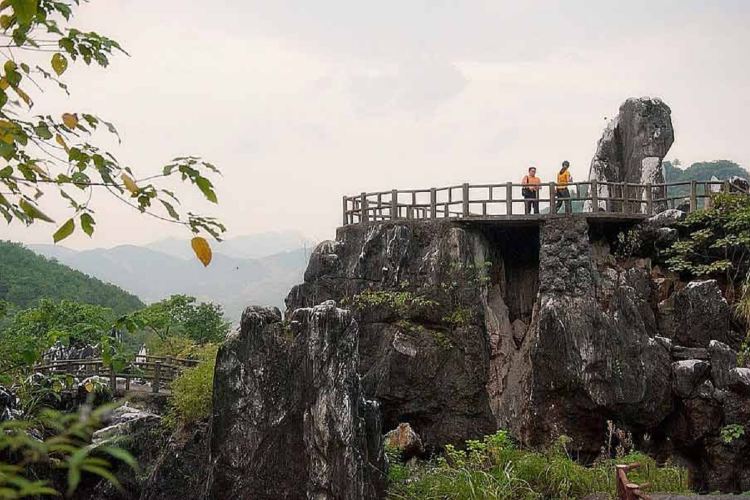 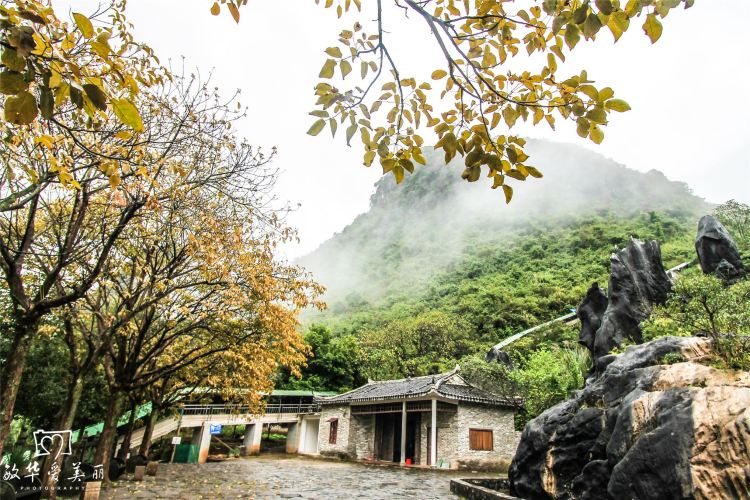 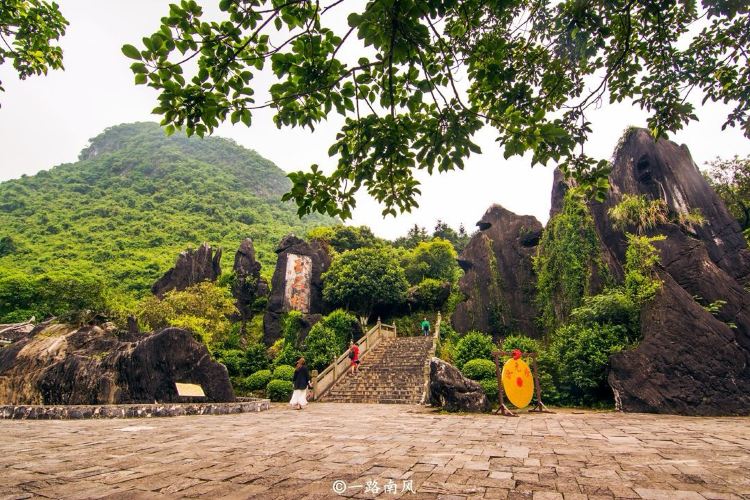 More
Show More
Reviews
Some reviews may have been translated by Google Translate
4.5/5Outstanding
All(889)
Latest
Positive(795)
Negative(13)
Photos(337)
Reviews from Tripadvisor

Post
The other stone forests are all gray rocks. The rock composition of Hezhou Stone Forest is pure white coarse-grained marble. Most of the stone pillars are infected with black due to the long-term exposure of the mossy plants on the surface. The gray phase contrasts with a lot of glamorous colors.

lilith991
Yushilin is located in Huangtian Town, Pinggui District, 18 kilometers away from the urban area. It is on a tourist line with Guposhan National Forest Park and Hezhou Hot Spring. This is a stone forest composed of white marble columns and stalagmites. The stone pillar stalagmites in the scenic spot are either large or small, high or low; or continuous into pieces, or independent of the heavens and the earth; or shaped like Tianbing Tianjian, or like the Penglai Xianjia; or in the direction of the mountains, or as if The group of Tai Chi old man. The Jade Forest was formed in the Jurassic period more than 100 million years ago. It is different from the surrounding limestone peaks. It is a "worldly paradise" and a geological wonder in the mouth of geoscientists. Unlike other Shilin grey rocks, the rock composition of Hezhou jade forest is clean white coarse-grained marble, and most of the stone pillars are infected with black due to the long-term exposure of mossy plants on their surface. Black and white and gray, the color is charming. Several stone forest wonders provide visitors with endless space for fantasy. In the face of the wonders of the mountains, the fear of awesome! The rock mass of Jade Forest is generally small, but the shape is different. From the foot of the mountain to the top of the mountain, there are several viewing platforms, from the platform or overlooking or looking up at the peak forest, magnificent! The path is extended in the stone forest. The stone forest is different in different directions, and the scenery is not the same. This is also the magical place of Shilin.

WUXIPENG
If you don't just go to Hezhou, you don't even know that there is such a spot in Jade Forest. This piece of stone forest, hidden in the mountains and rivers, has been in existence for hundreds of millions of years. Looking far away, surrounded by rolling hills, this is the southern karst landform, of course, there is a more familiar name - Guilin landscape. Jade Forest, 18 kilometers away from Hezhou City, Guangxi Province. It has been weathered and eroded for thousands of years. The appearance of this stone forest is constantly changing. Some stone pillars have become the image of various animals. You need to use your imagination. Arrived. When I first arrived at the jade forest, there was still a drizzle of rain in the sky. In the blink of an eye, the rain stopped, but the fog did not stop and continued to spread between the valleys. As China's first longevity city, Hezhou's natural environment is undoubtedly excellent. There are many mountains and many trees. Walking around the countryside, people are comfortable green everywhere. The mist formed by water vapor is in the mountains. It doesn't last long. Stone forests in other places are mostly gray-black, and only the jade forest in Hezhou is black and white. The scientist's explanation is that Hezhou Stone Forest has distinctive rock composition. Other stone forests are gray rocks. The rock composition of Hezhou Stone Forest is pure white coarse-grained marble. Most of the stone columns are attached to the surface due to long-term exposure. The dry and weathering of mosses is infested into black, which makes the stone forest black and white.

River2014
Hezhou jade forest is a very rare "jade forest" composed of white marble stone columns and stalagmites. It was formed in the Jurassic period more than 100 million years ago. Due to the Yanshanian geological fault uplift and long-term karst erosion and local Affected by high temperature, plus more than 1,000 years of tin mining since the Song Dynasty, the peaks in the region have been exposed from the stone buds, the peaks and peaks, the stalagmites, the trough funnels and the slits have made the "Millennium Camel" and " Many strange natural landscapes such as the air corridor and the first-line sky. It is independent of the surrounding limestone mountains and has been hailed as a human wonderland by tourists. It is called a geological wonder by geoscientists.

Hezhou Jade Forest Scenic Area is a rare set of jade formations composed of Han jade stone columns and stalagmites. It was formed during the Jurassic Period. There are many strange rocks taking different forms and marvelous natural landscapes, such as the Millennium Camel and Air Corridor. Most of the peaks are a grayish white. If you want to enjoy the white stone forest, go to the snowy Yuzhu sites. The landscape is unique and attractive. Take a slide as a thrilling way to descend the mountain.
Show More