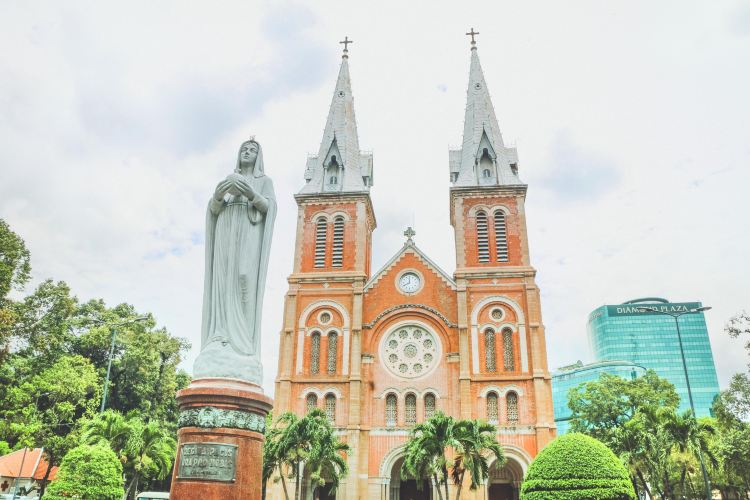 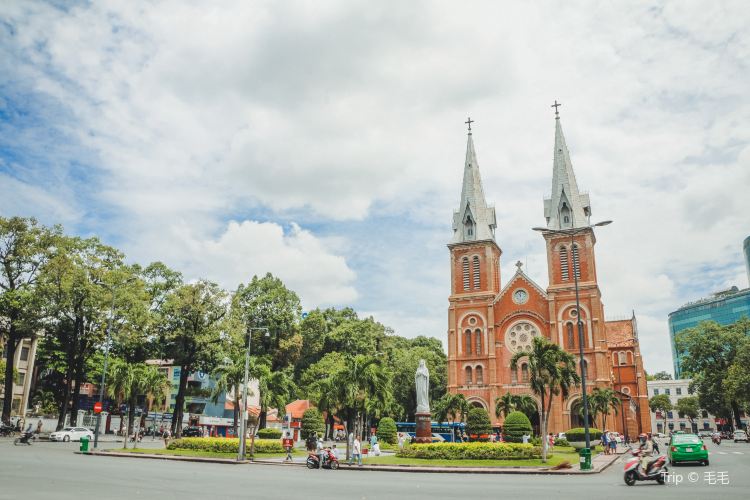 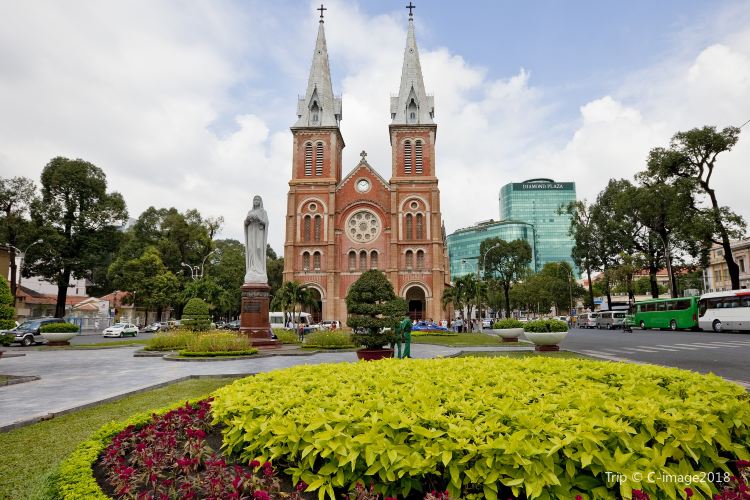 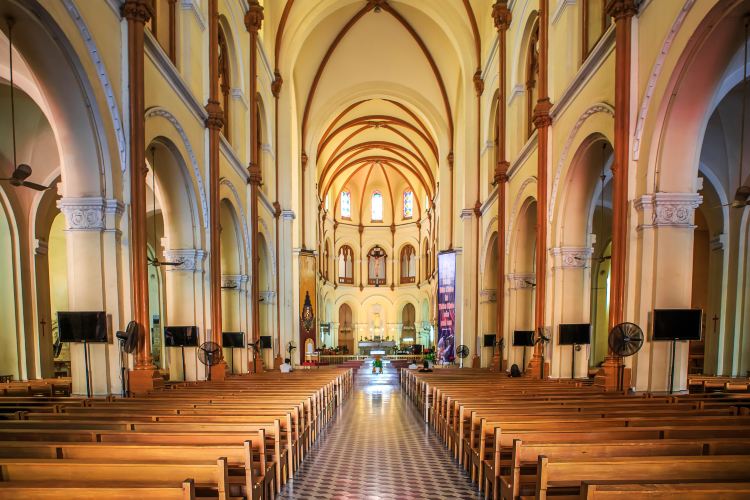 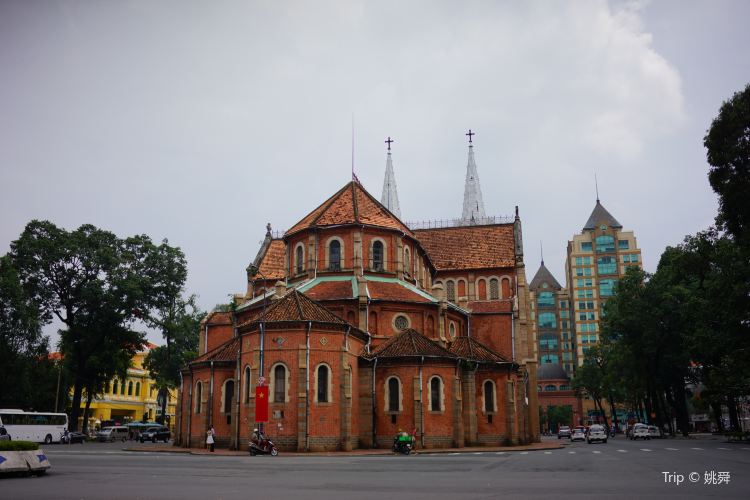 "The Intimate Saigon" by day (city half-day tour)
5/51 Reviews
Available for Tomorrow Onwards
FromAU$73.90
More tours at Notre-Dame Cathedral Basilica of Saigon
Reviews
Some reviews may have been translated by Google Translate
Write a Review

Post
Walking down the street, I saw the spire of the red church in the distance. The red of the exterior walls was very eye-catching. The architecture of the church is very gothic. The towers of the two 40-meter-tall clock towers reach for the sky and were modelled after the bell tower of Notre Dame in Paris. As the most famous landmark of Ho Chi Minh, the Cathedral of Our Lady, built using red bricks, is also known as the Red Church.  The church was built in 1877 and took six years to complete. It is a relic left behind from the French colonial period. The red bricks that built the church were all shipped from France and still retain their vibrant colour. On the garden square in front of the church stands a statue of the Virgin Mary. It weighs 4 tons and the whole body is said to be holy. However, at the foot of the Virgin is a big snake, which was donated by the Roman church in 1945. This Catholic church is still in use today, and many new people come here every day to take wedding photos.

Coco Wang
I believe in angels, the kind that heaven sends. I'm surrounded by angels but I call them my best friends. 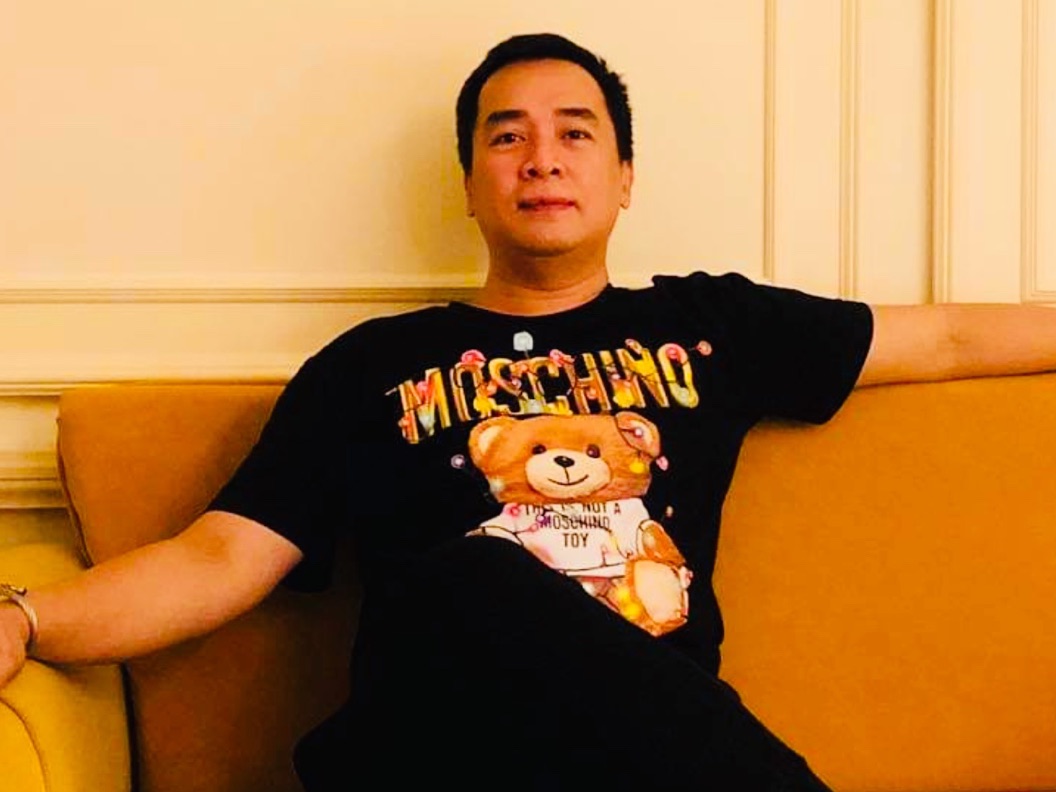 蔡留
The Red Church is the most famous landmark in Saigon. It is the most lively and bustling place in the heart of Saigon. The Central Post Office is conveniently located on the left side. The original name of the church was the Church of Our Lady of Saigon. It was named after the construction of red brick. The red bricks used in the construction were all shipped from France. After more than 100 years, the color is still vivid and there is no fading. The cathedral is modeled after the design of the bell tower of Notre Dame de Paris. The shape is well-balanced and majestic. The two towers are 40 meters high and go straight into the sky. opening time: 8 per day

KRISTINA
The Cathedral of Our Lady of Ho Chi Minh City, located next to the Centennial Post Office, is also known as the Red Church and is the most famous landmark in Ho Chi Minh City. The name of the red church is due to its red appearance, and the Cathedral of the Virgin is its real name! The building is well-proportioned and majestic. The towers of the two bell towers rush to the sky and are modeled after the bell tower of Notre Dame de Paris. The red bricks that built the church were all shipped from France and have not faded so far. According to legend, the bricks used in the construction of the church were all shipped from France. It is impossible to verify the authenticity of the legend. The church is a typical Gothic building, reflecting the blue sky and white clouds and the safflower of green trees, which exudes the taste of French architecture. 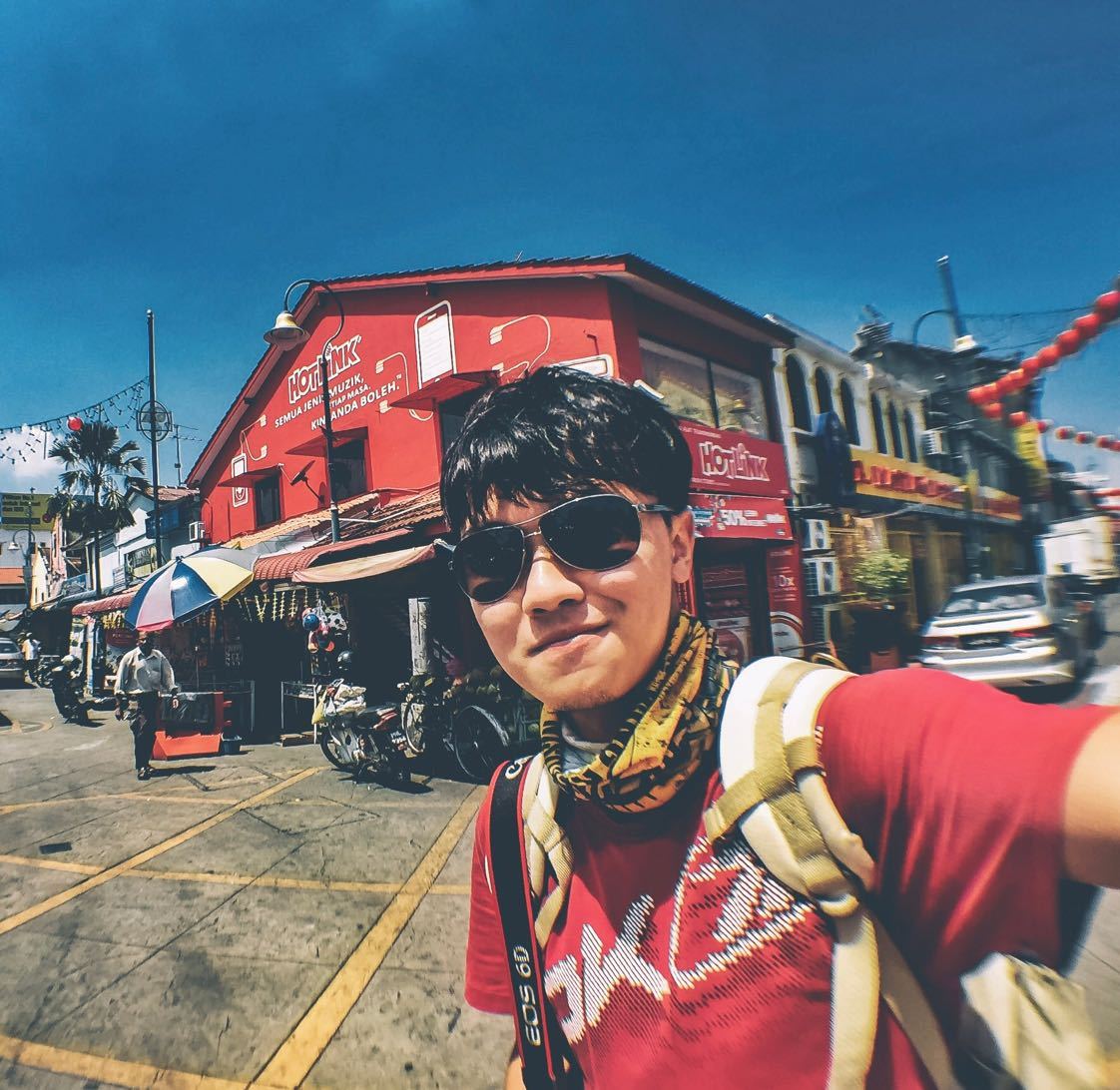 The Saigon Notre-Dame Cathedral Basilica is one of the landmark buildings of Ho Chi Minh City. Located in the heart of the city, it was built in the late 19th century. Featuring typical Gothic architecture, the front has two bell towers measuring 40 meters, which are modeled after the design of Paris's Notre Dame Cathedral. On the garden square in front of the church, there stands a 4-ton Virgin Mary statue which was given as a gift from the Church in Rome in 1945. If, by chance, you happen to visit while Mass is going on, you can quietly enter the church to feel the pious religious atmosphere.
Show More