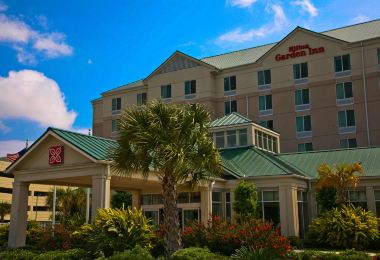 Reasons to Recommend: Make the Hilton Garden Inn Houston Westbelt hotel your home away from home! With convenient location on the corner of W Sam Houston Pkwy S and Bellaire Blvd right on the edge of the flourishing Westchase District and newly incorporated Greater Sharpstown District, you get easy access to Beltway 8, I-10, Hwy 59 and I-45. At the Hilton Garden Inn Houston Westbelt you are within close reach of Houston's famous Galleria Mall, the fourth largest mall in America. Steps away from Westheimer road are some of the citya??s finest cuisines, fantastic entertainment venues, and other sights and sounds we are most known for. The Hilton Garden Inn Houston Westbelt sits near the expanding Westchase District, home to some of the largest oil and gas corporations in the world. Companies such as Halliburton, BP, and National Oilwell Varco are in close proximity. We also host other major industrial corporations including JE Jacobs Engineering, Honeywell, and Cameron.Houston is the fourth largest city in the U.S. and has been named a??top value destinationa?? by the most popular travel sites. It is home most visited art and museum district in Texas. There is something for people of all ages such as NASA & the Johnson Space Center, ample concerts and sporting events, the famous Downtown Aquarium, and a trendy nightlife. The city prides itself on having the South's largest Asian population and diverse culture. Houstona??s Chinatown, steps away from the hotel, provides such a unique and out extraordinary experience, you will forget you are in Texas. Embrace the sights, sounds and shopping of:* The Galleria Mall, Memorial City Mall, and Sugar Landa??s First Colony Mall* Houstona??s City Centre and Sugar Land Town Center for dining and night life* Hong Kong City mall: the BIGGEST Asian indoor mall in the southern states * Famous theater district* Katy Mills Outlet * George Ranch Historical Park in Richmond * 300 Houston, A high-energy, luxury bowling alley in the Memorial neighborhood Book yo 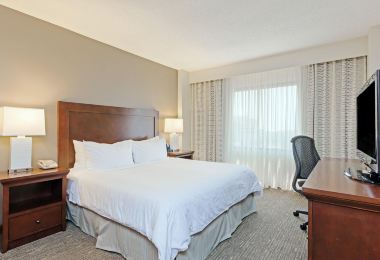 Reasons to Recommend: A short distance from the Houston Zoo and offering free shuttle service to the Medical Center, this hotel provides an on-site restaurant

Reasons to Recommend: Aloft Houston by the Galleria is a popular choice amongst travelers in Houston (TX), whether exploring or just passing through. The hotel has everything you need for a comfortable stay. 24-hour front desk, facilities for disabled guests, express check-in/check-out, luggage storage, Wi-Fi in public areas are on the list of things guests can enjoy. Guestrooms are designed to provide an optimal level of comfort with welcoming decor and some offering convenient amenities like wake-up service, air conditioning, heating, desk, telephone. The hotel offers various recreational opportunities. Convenience and comfort makes Aloft Houston by the Galleria the perfect choice for your stay in Houston (TX). 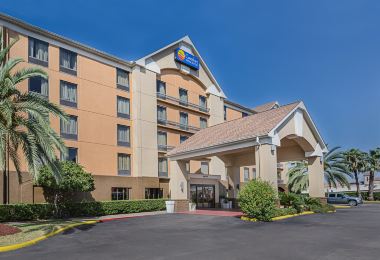 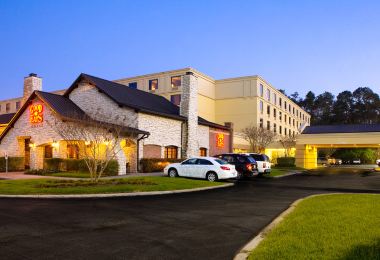 Reasons to Recommend: Experience One of the Best Houston Airport Hotels The smoke-free Holiday Inn? Hotel Houston - Intercontinental Airport offers guests the best in Texas hospitality. This Houston airport hotel's central location, easy access to I-45, US-59 and Sam Houston Tollway makes it easy to get anywhere in the city. Corporate travelers appreciate the first-class business services in the 24-hour business center, the free Wi-Fi access and the flexible meeting facilities we offer. Being near Halliburton, Continental Airlines, ExxonMobil and Richie Bros. Auctions is another reason why business travelers prefer our hotel in Houston, TX. Don't forget our complimentary shuttle can get you to those early flights on time at Houston (IAH) Airport. Our hotel's leisure visitors love a location that offers easy access to the most popular attractions in Houston. No Texas vacation is complete without catching one of the professional sports teams in action. Looking for a great round of golf? Check out Tour 18 or Redstone for a memorable day. And did we mention world-class shopping is as close as Deerbrook Mall, thanks to our courtesy shuttle! Texas hospitality and our Houston hotel's first-class service create a memorable experience for our guests. From an over-sized outdoor pool to unrivaled recreational facilities to the delicious country cooking in our restaurant, you'll feel completely at home. See for yourself why our hotel in Houston, TX is one of the best. 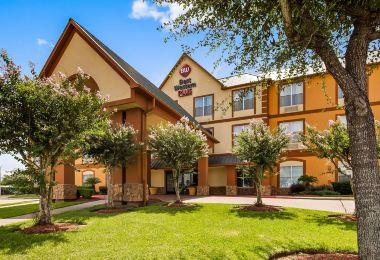 Popular Types of Attractions in Houston