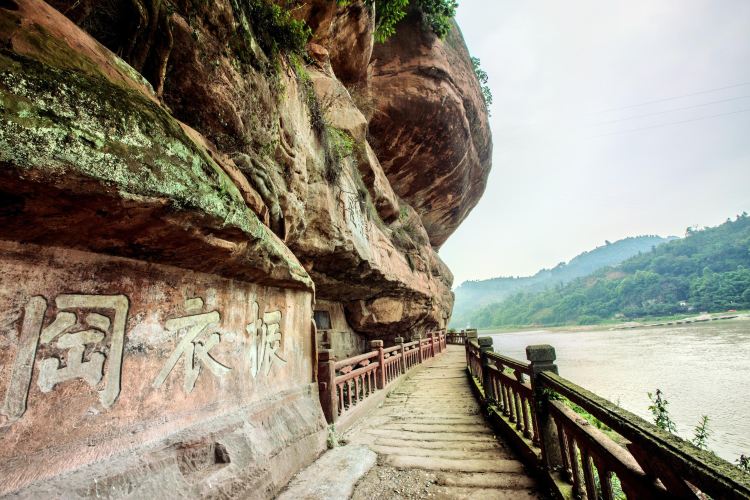 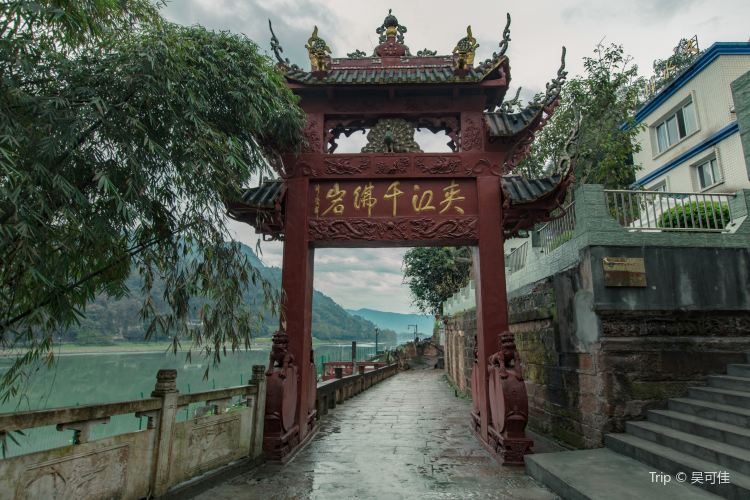 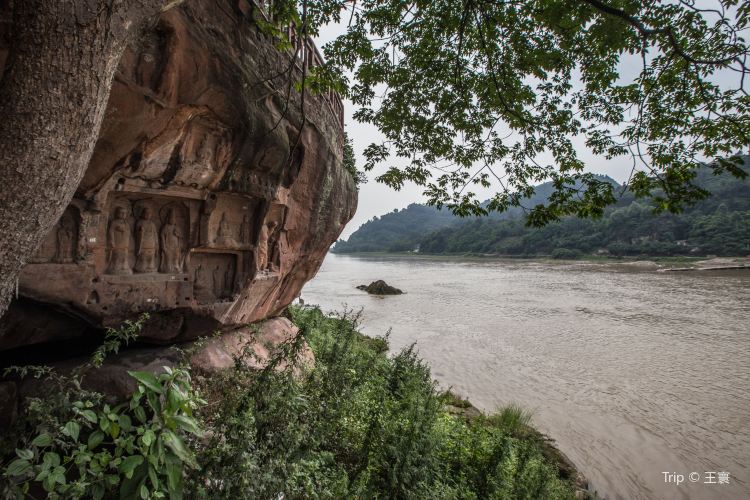 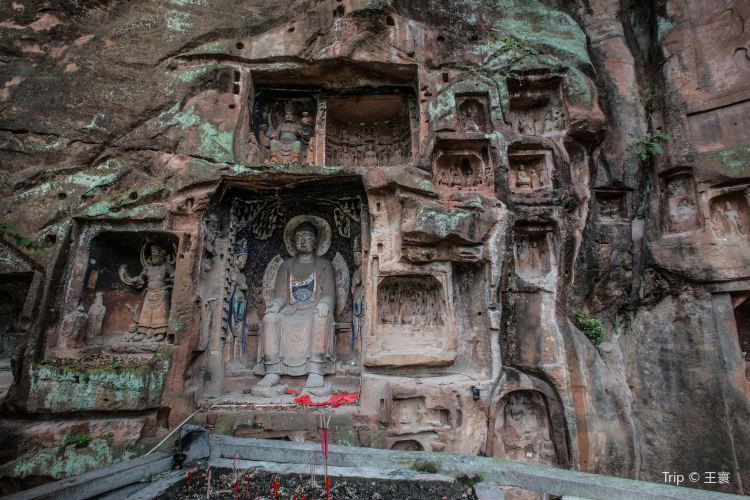 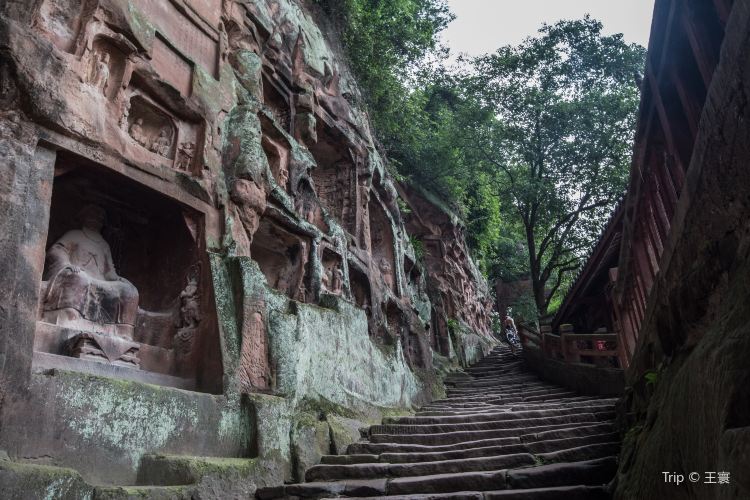 Because of the famous Buddha and food in Leshan, Emeishan is famous, so people often ignore this small city, the river. Therefore, it is even less likely to think that there is a folk grotto art in the Sui and Tang Dynasties, and even earlier than the Leshan Buddha! The exquisite statue must not be more than Mogao Grottoes, and there is no magic fresco, but it is still full of the ancient ordinary people's expectations of the future, and this stone ancient customs travelers blessing.

More
Show More
Reviews
Some reviews may have been translated by Google Translate
4.3/5Very Good
All(96)
Latest
Positive(78)
Negative(2)
Photos(36)
Reviews from Tripadvisor

Post
The scenic spot of Qianfoyan is a circular line. After entering the scenic spot, you can walk along the riverside to the Cliff Cliffs, then along the riverside to the Handmade Paper Museum, and then down the mountain trail to the downhill mountain, just a loop. After the steps to the back mountain, the environment is very quiet, the trees are shaded, it is a good place to climb the mountain, and overlook the Qingyi River view on the mountain. There are thousands of temples in Qianfoyan. The temple is relatively small, but the ancient temples have a very rich historical atmosphere. 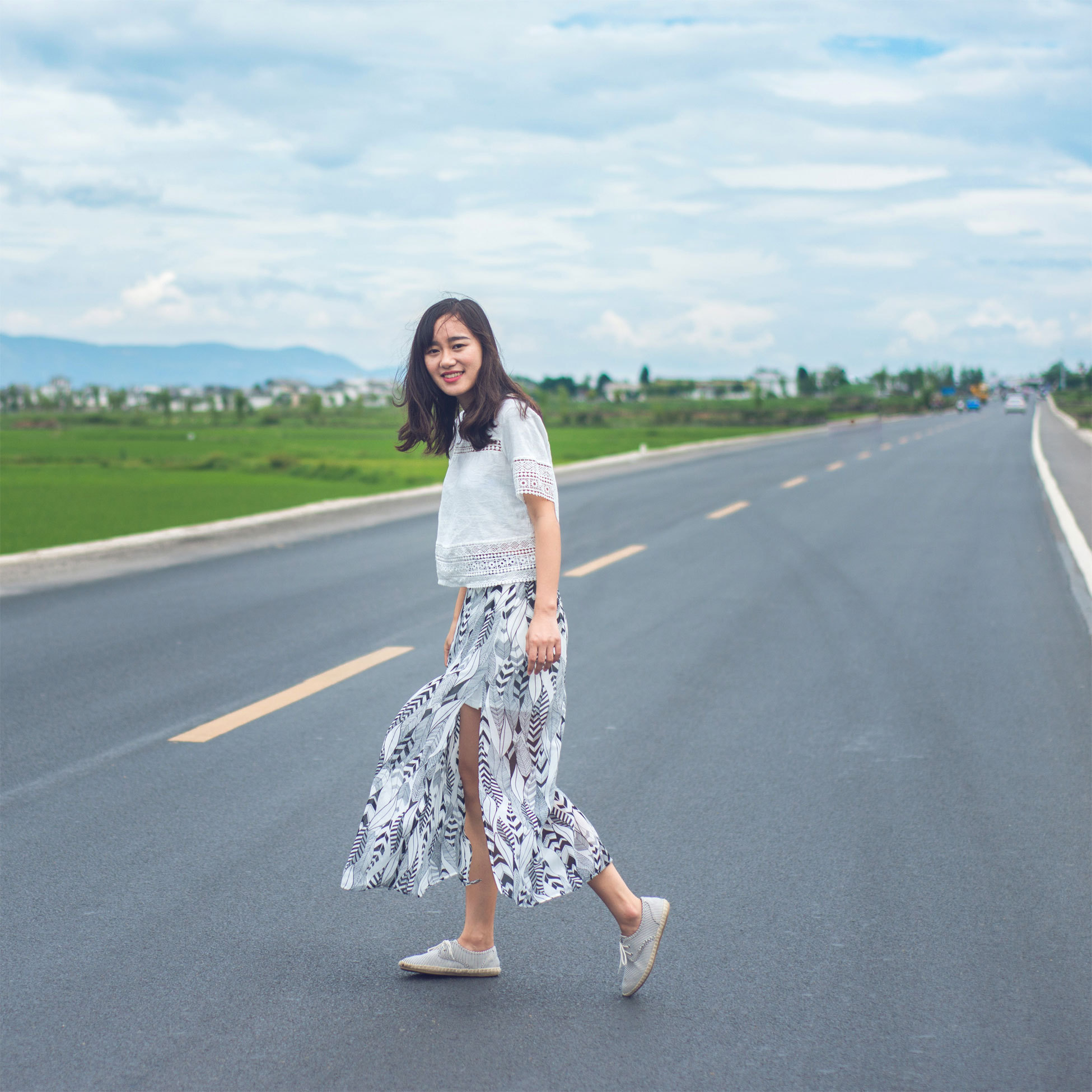 YIYI NOTES
The statues of the cliffs of Qianfoyan and the Leshan Giant Buddha were built at the same time. They were mainly created by the folks of the Tang Dynasty. There are 162 statues and more than 2,470 statues, so they are called Qianfoyan. Thousand Buddhas The statues of the Buddhas are very beautiful, vivid and rich in form. The main Buddha statues are Maitreya Buddha, Vishnu Buddha, Guanyin, Dizang, and the king of Vishman. The largest Maitreya statue in the cliff statue, the Buddha is 2.7 meters high, not only vivid, but also beautifully painted, similar in posture to the Leshan Giant Buddha. The statues of the Cliff Cliffs are arranged in a patchwork, or they occupy a cave, or hundreds of people gather in a cave. Their skills are exquisite and their postures are different. Looking at this statue of Buddha, you must sigh the ancient stone carvings of the ancient people. Artistic level.

The scenic area where the Jiajiang Qianfo Cliff is situated is beautiful. It is also called "Qingyi Juejia Chu". There are hundreds of stone carvings on the walls of the left bank of Qingyi River, and they are called "Qianfo Cliff”. The stone carvings began in Sui Dynasty, followed by Tang, Ming, and Qing, and each period is different. Different sizes of stone carvings are lined up together, with different shapes and forms. The constructions are marvelous and shows the high level of skill in stone carving in ancient China.
Show More