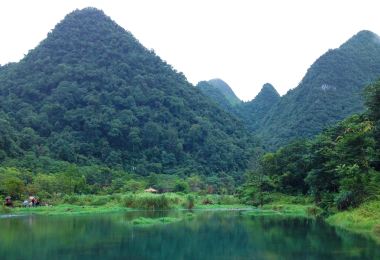 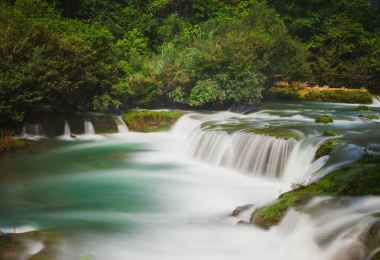 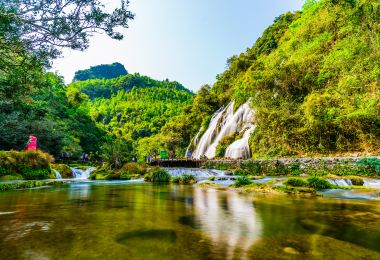 "The scenic spot is located in the group of peaks of more than 30 kilometers south of Libo County. Because there is a seven-hole arch bridge built of blue stone across the Xiangshui River, it is named. The scenic spot is composed of mountains, water, forests, caves, lakes and waterfalls, beautiful and quiet, and there is a strong Yi ethnic style. The scenic spot was listed as a national nature reserve in 1988."

Reasons to Recommend: The Libo Seven Small Arches Scenic Area is located among the karst peaks south of the Libo County urban area. The attraction gets its name from a seven-arched bluestone bridge that crosses the noisy river there. The site incorporates all the beauty of mountains, water, trees, caves, lakes, and waterfalls. This natural splendor has combined with the authentic cultural flavor of the Tujia and Yao people of the area to bring fame to the area. Attractions like the ancient seven-arched bridge, the water forest, the crouching dragon pool, and Mandarin Duck Lake make the area like an earthly fairyland. 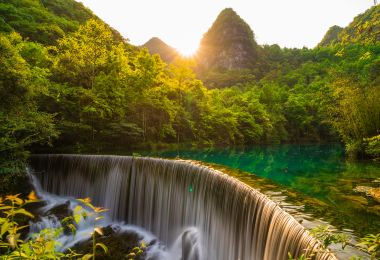 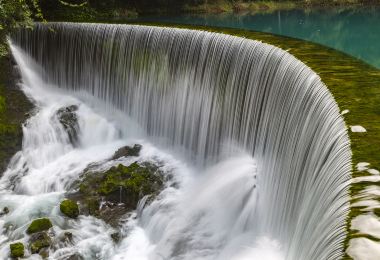 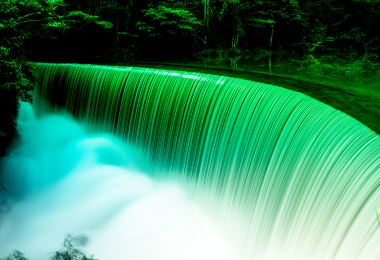 "The ancient bridge, flowing water, deep pool, waterfall, cave, Libo size seven holes (before came when the two scenic spots) gathered this many elements, worthy of the "inlaid in the earth's belt emeralds" known as [Wangchai]" 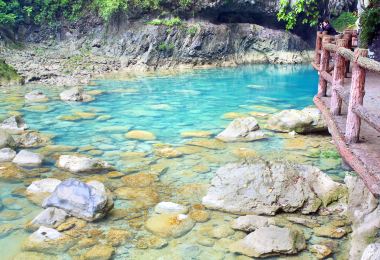 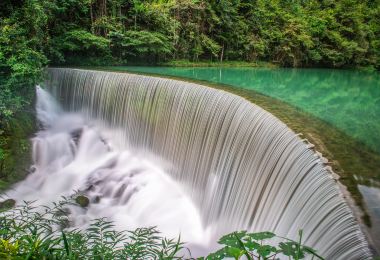 "On December 28, 2018, after visiting the small seven holes, it will be about 2:17 in the afternoon to the entrance of the big seven holes scenic spot. It will end almost at around 4:30. It is much smaller than the small seven holes scenic spot, and there were still undeveloped places at that time. I don't know if it is developed now. Anyway, it's over at the Tiansheng Bridge. The overall scenery personally feels more atmospheric than the small air holes. Finally, after the big seven-hole scenic spot, I took a photo of a bridge. I don't know if it is the big seven-hole bridge, hahaha, it is just seven holes. I remember to ask some people at that time, saying yes."

Reasons to Recommend: Da Qikong (literally “seven holes”) is located in Libo County, Guizhou Province. The area is named after a bridge with seven arches over the Mengtang River. The main attractions include karst gorges and unusual rock formations. Visitors can go white water rafting and admire the steep cliffs. The picturesque rock faces are covered with stalactites and lush green trees. 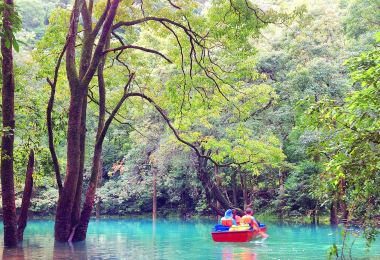 "Wuhu is located in Xiaoqikong Scenic Area, Libo County, Minnan Prefecture. It is an attraction formed by two beautiful lakes. The lake is very beautiful, mainly by boating or boating, and has a stronger taste."

Reasons to Recommend: Yuanyang Lake, located witin Libo County in Qiannan Buyei and Miao Autonomous Prefecture, is a natural lake on Karst Plateau. While rowing across the lake, visitors will notice, upon careful examination, that the roots of trees are located in the crevices of the rocks inside the lake. Through those rocks, the trees become rooted in the river bed. Due to the landform, water depth, and changes to lightwave, the lake water can be seen in many different colors -- a very interesting scene. 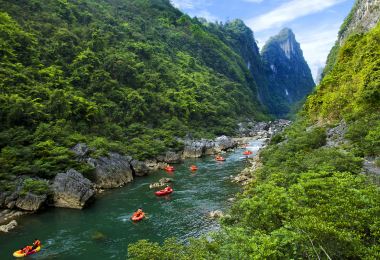 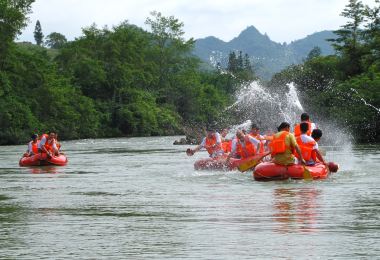 Reasons to Recommend: Libo Shuichun River Rafting is located in the Shuichun River Scenic Area, which itself is part of the Zhangjiang River Scenic Area. It is named after the ancient Buyi ethnic village called Shuichun Village. The Shuichun River originates from the old-growth forests of Yueliang Mountain and flows westward through Libo County. It forms a unique canyon landscape consisting of dangerous peaks, swift rapids and lazy beaches. By traveling via raft, the water becomes a thrilling experience. Sometimes it is also gentle and you'll have a chance to enjoy the beautiful scenery on both sides of the river. At times, you'll cut across the mountain on long waves cresting in the river, as if you've been dropped into a beautiful landscape painting. 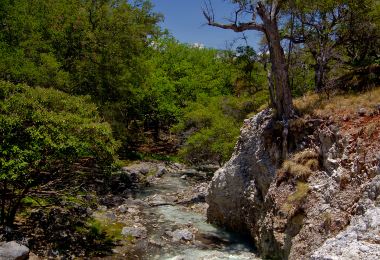 "This is an ethnic minority village in Maolan Nature Reserve. The natural scenery is very beautiful. I really envy them that they can live in such beautiful natural mountains and rivers. The folk customs here are still very simple and the dishes made by the villagers are also very ethnic. Flavor, if you eat in such an environment, you will be full without eating."

Popular Types of Attractions in Libo