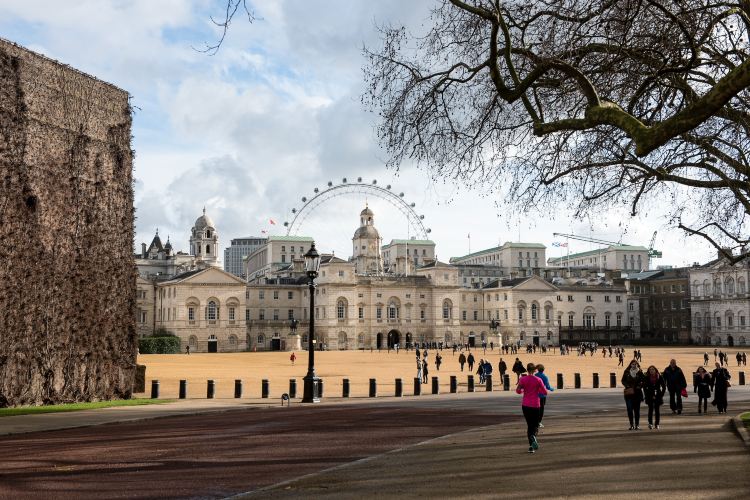 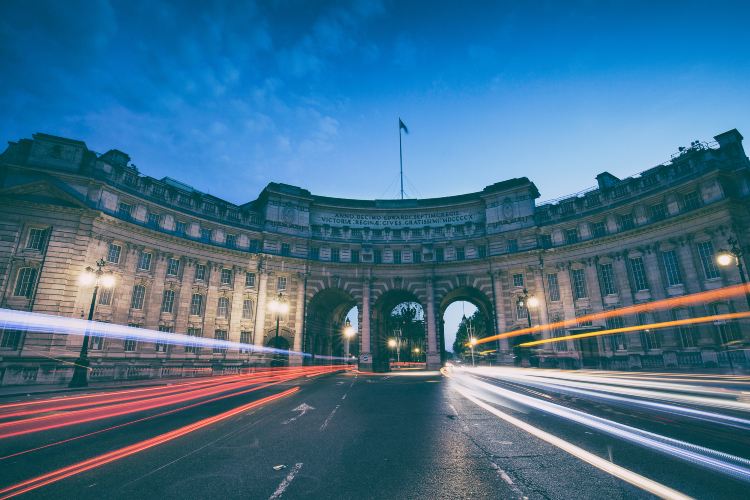 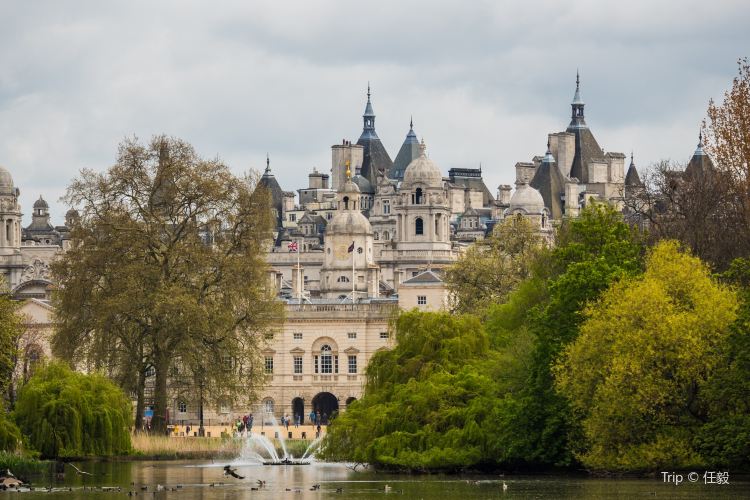 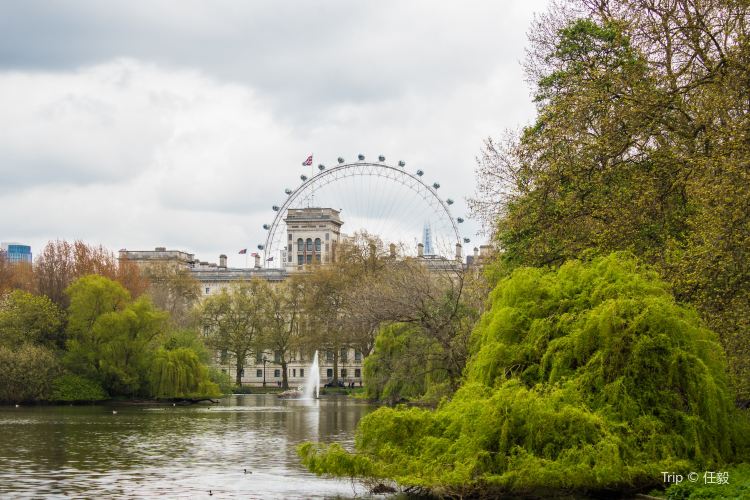 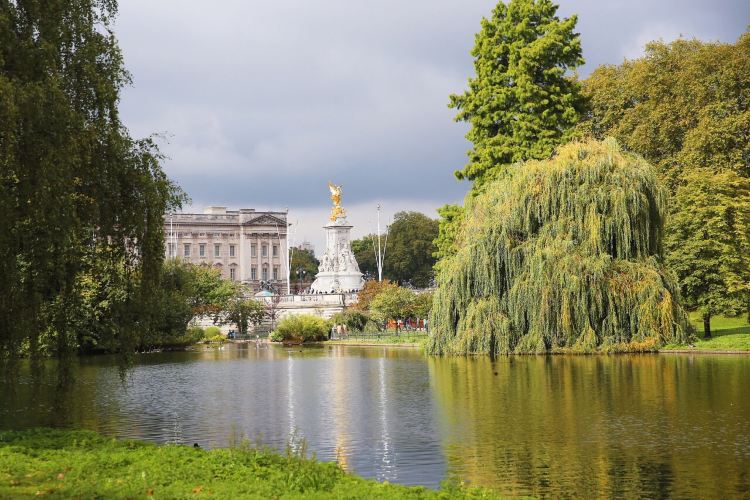 Post
St. James Park was originally the Deer Park of St. James's Palace St. James Park and the park of the duck garden. The central long-shaped pool of the park gathered a variety of colors and colors of ducks often visible to the ducklings flying fast on the water. Behind the lake is the most wonderful view of Buckingham Palace. It is more charming from the bridge overlooking Buckingham Palace, especially the night view of Buckingham Palace. St. James Park will not break the quietness of the morning due to the passing of people in the past only hear a few squats in the water, slap the sound of chasing small fish not afraid of the crowd or even Will fly from your head and ask for food from you constantly They are the owners of the park. Fortunately, they are sitting in the prime central part of this metropolis occasionally a few young people are holding their own dogs together. Morning run a smile with a smile next to the grandmother watching the old grandfather slow down with bread to breed these royal swan wild duck office workers wearing a suit and tie / Hh/crossing St. James Park is probably going to work place

Ocean channel
Going through the street garden to go to Buckingham Palace to see the guard changing ceremony, passing through St. James Park, many people have fun and play, we also spent some time inside. Walking along the outer edge of the park, we were surprised to find that the park was much larger than we thought. When I walked in, I realized that the greenery is very beautiful, especially quiet and comfortable. Many people come for a walk, and there are tourists like us who are chatting and squirrels. The trees are shaded, the birds fly to the parties, and the picture is so beautiful.

carina
St. James Park was originally the deer garden of Henry VIII. After several landscaping, it is the most beautiful park in the center of London, and it is also a favorite place for the citizens to relax. The rectangular pool in the center of the park is home to ducks of various colors and is also known as the duck garden. To the east of the park is the Swiss-style villa with bird protectors on the island. Looking out over the water, you can see Buckingham Palace, one of the beauty of London. 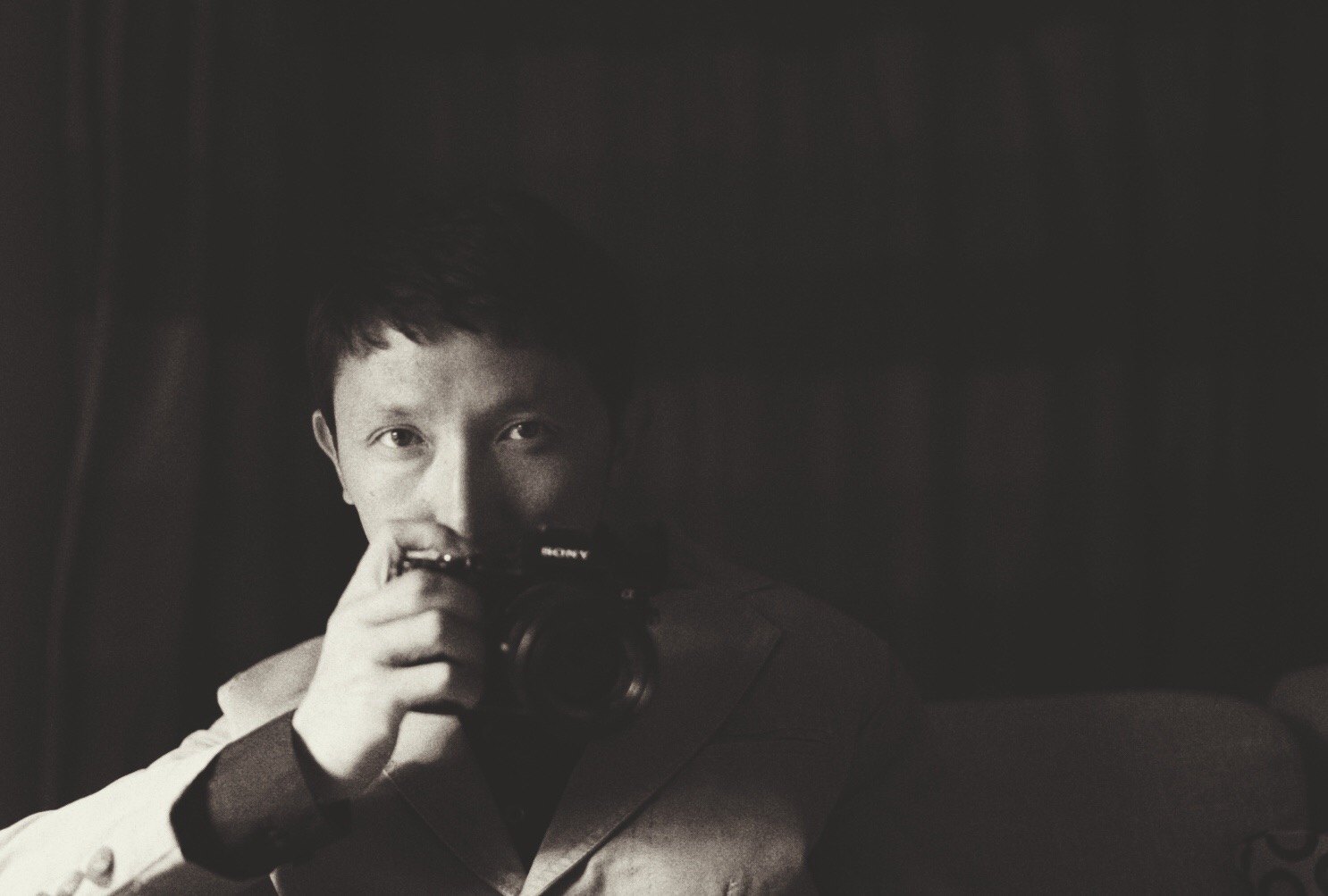 biggun
Look at the St. James Park in the Wild Pond, enough to make people feel confused and appreciative. It was originally a royal deer park. It has been flourishing for nearly half a century. Even if it is free to open, it is always stunning. It is a nostalgia for London and a surprise for civilization. A city center in the city, there are a variety of birds and birds, congratulations, you can safely sit in the most prime location of the world. St. James Park's central long-shaped pool gathers ducks of various sizes and colors. It is often seen that ducklings fly fast on the water, leaving water marks, as well as swan, birds, donkeys and other protective birds. Class, every day at 3 pm is feeding time. The best view of James Park is the view of Buckingham Palace from the bridge across the lake, especially at night when Buckingham Palace lights up at night.

At the center of London, is one of the oldest Park in the city, named "St James's Park". Surrounded by three renowned palaces: the Houses of Parliament , formerly known as Westminster, St. James's Palace, and the famous Buckingham Palace, makes it a must-see attraction for all visitors. The Park offers supreme location and view which makes it a place for national celebrations and ceremonial parades. The breath-taking view of a lake, a home to birds of various species models it the top most visited attraction in the city with over 5.5 million tourists every year. It's a relaxing getaway for any tourist to spent some time alone, with family and friends.
Show More