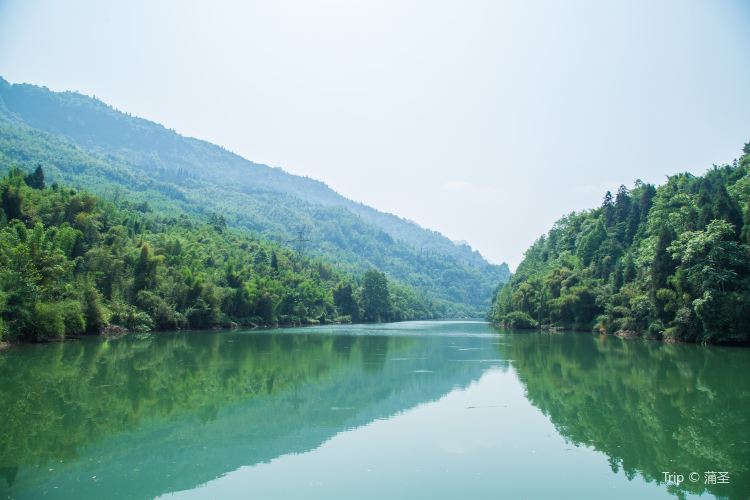 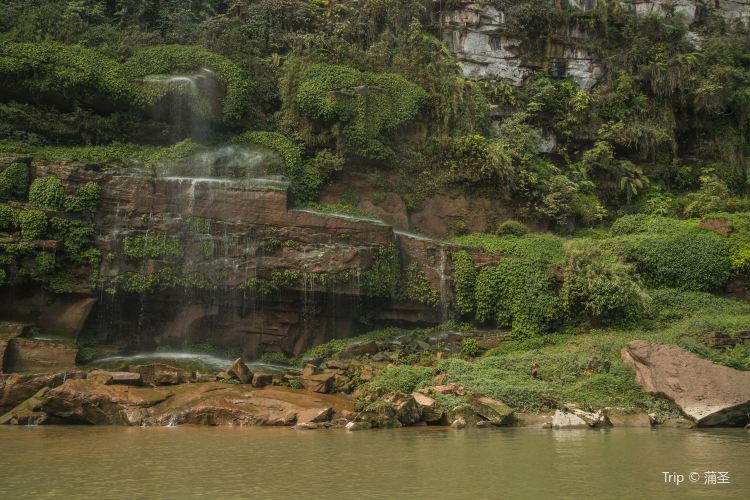 The Caoyutan Scenic Area is located in the upper reaches of the Qingyi River in Hongya. The ancient cypress trees in the scenic area reflect the turquoise water surface. The beautiful natural scenery and rich cultural history complement each other, forming a unique and very good scenery. .

Caoyutan Scenic Spot lies at Meishan in Sichuan province. The area offers six major themes, and several dozens of tourist attractions, including Yun Yu Lou (Tower of Island in the Clouds), Pi Feng Xie (Windswept Pavilion), Bai Po Ting (Gazebo Atop a Hundred Hills), among others. The cyatheaceae ferns here, a first-grade plant species of national protection, are as old as the dinosaurs; in addition, the place also boasts cultural attractions such as the "Buddhist Realm of a Thousand Towers", which offers carvings depicting scenes of the preachings of Sakyamuni, as well as murals sculpted on rocks for the portrayal of motorcycles.
Show More