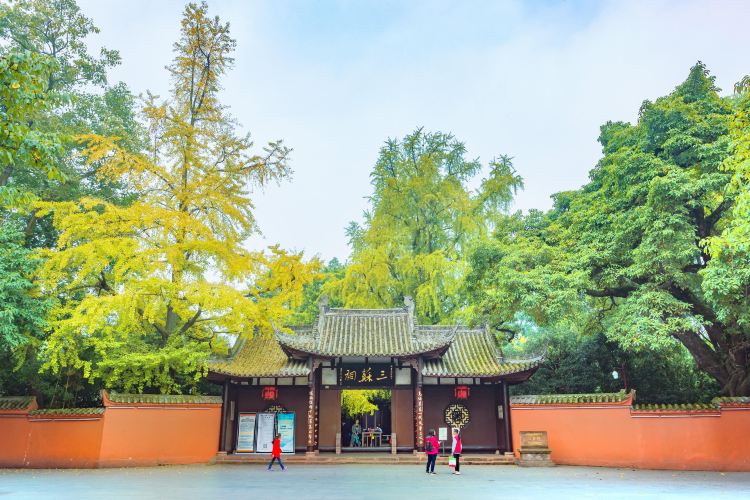 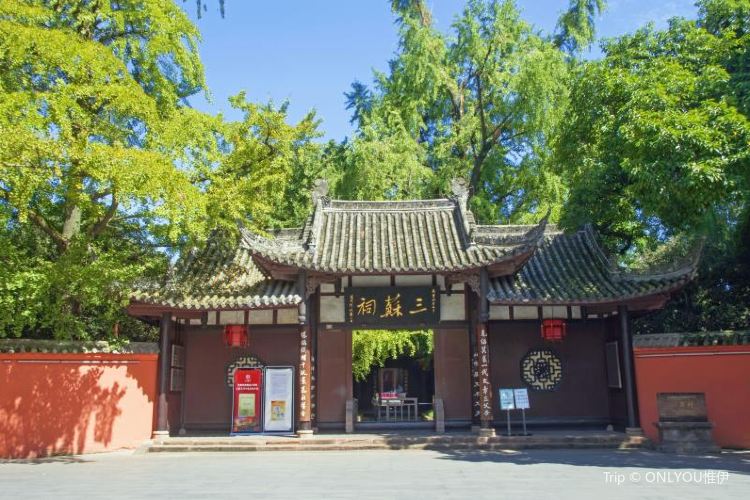 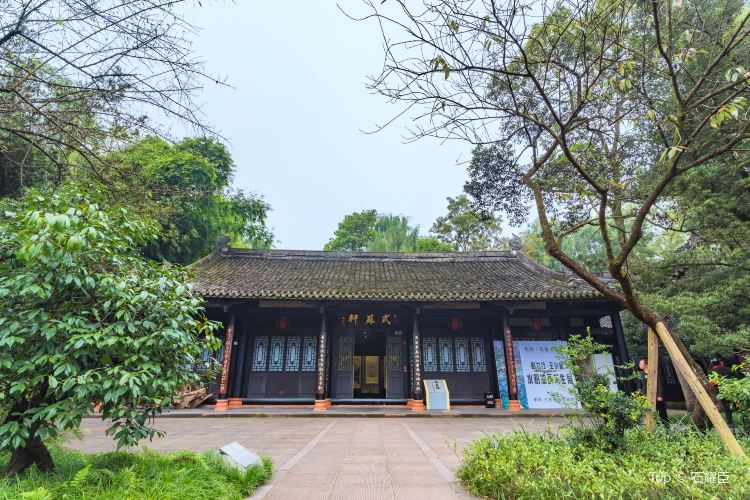 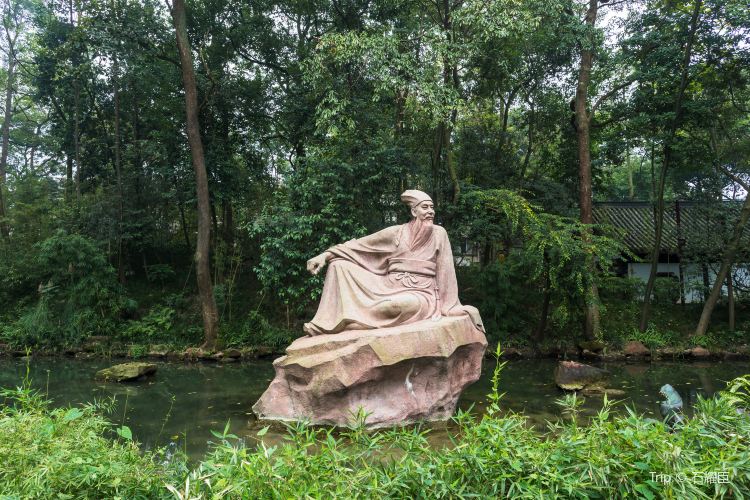 The great rivers go to the east to wash away the waves, and the eternal romantic figures are to the west. Humanity is that Zhou Lang of the Three Kingdoms Chibi, the rocks pierced through the sky, the stormy waves hit the shore, and thousands of piles of snow were rolled up. Picturesque, a moment how many hero! Su Shi is the most prestigious writer in Chinese history. He has a profound knowledge of poetry, music, music, music, chess, calligraphy, and calligraphy. He is also called the Double Wall with Li Bai. I personally think that his level is higher than that of Li, and he is an inexperienced genius. Meishan is Su's hometown, and Sansu Temple is a sacred place to commemorate the three great talents. I came here with a pilgrimage mentality and did not disappoint me. 1. Location and transportation: In the city center of Meishan Dongpo District, the government is next to it, which shows how huge the influence of Sansu is. There is an ancient street built nearby, similar to the ancient town, which is a derivative of Sansu Temple. You don’t need to stroll around, Sansu is the main meal; 2. Opening hours: closed on Monday, from 9 to 5, the same is true for the Su Dongpo Museum at the entrance; 3 Price: 50-80, I went a few years ago, I’m a bit forgotten. As a sacred place of history and culture and a sacred place of science and education, it shouldn’t be too expensive; 4. Attractions: First, there is a long history, this is the Su Family Courtyard, Su Xunsu Zhe Su Shi’s family live here. There is an ancestral hall dedicated to the ancestors of the Su family. Some of the park is estimated to have a history of over a thousand years. The second is a strong cultural atmosphere. The Three Sus are mainly Su Shi, so there is a statue of Su Shi, a memorial hall of the Three Sus, and a complete life. The introduction, the chronology of events, and the exhibition hall of the classic works of the Three Sus. After basically visiting, the admiration for Su Shi can be raised to a new level; third, the garden scenery adopts the style of Jiangnan, Su Dongpo was originally an official in Hangzhou, and he was familiar with Jiangnan gardens. The essence of architecture, his own courtyard naturally has that smell. When strolling through it, many ignorant girls wear Hanfu to take artistic photos. I paced back and forth, reciting Chibi Fu before and after, full of pride. Su Shi’s most intoxicating sense of boldness For thousands of years, there is no one else but Mao who can match it. When I went back, I remembered Su Shi’s unknown classic verse: "Nostalgia for Hezi from Mianchi" Life is like everywhere you know, you should be like Feihong stepping on the mud: Accidentally leaving fingers and claws on the mud, Hongfei repeats things. The old monk has died into a new tower, and the bad wall has no reason to see the old questions. Do you still remember the ruggedness of the past, the road leader was sleepy and hesitated. The whole body is full of sweat and hair, thirty fame, dust and dirt, eight thousand miles of clouds and moon. If you can live like Su Shi, build Su Di to benefit future generations, and the article will be passed down through the ages, it would be a great achievement. In the age of peace, I dare not hope that if the sky is sentimental and the sky is old, the right path in the world is the revolutionary sentiment of the vicissitudes of life. The great Su Shi is immortal! ! Sichuan people are always proud! ! ! PS: Find a small street nearby and taste the authentic Dongpo pork knuckles, the taste is absolutely endless.

More
Show More
Reviews
Some reviews may have been translated by Google Translate
4.5/5Outstanding
All(423)
Latest
Positive(368)
Negative(10)
Photos(125)
Reviews from Tripadvisor

The main complex of Three-Su Temple Museum includes the front gate, the front hall and the public hall. The main hall, Qixian Hall and Ruilian Pavilion were built during the reign of Emperor Kangxi in the Qing Dynasty. The structures built and reconditioned in modern times follow the pattern of the 4th year of the reign of Emperor Kangxi in the Qing Dynasty, making it a classic and complete ancient Sichuan structure complex of Qing Dynasty. The main hall has the statues of Su Xun, Su Shi and Su Zhe. A set of gardens are formed by Lvzhou Pavilion, Baoyue Pavilion and Yunyu Tower connecting by a pool in the east. The hall consists of a ternary quadrangle dwelling. Though the ternary quadrangle dwelling is arranged based on axis, its two sides follow a flexible and abundant pattern.
Show More