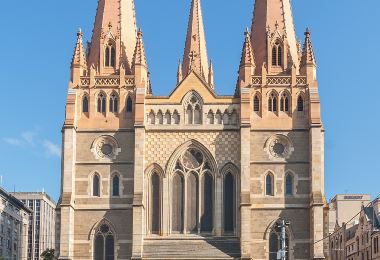 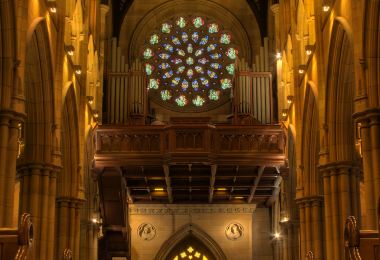 "The St. Paul's Cathedral is so beautiful, very beautiful atmosphere, the lights at night are more charming, the environment is beautiful and elegant, very solemn, the building is magnificent, it is worth a visit."

Reasons to Recommend: St. Paul's Cathedral is located at the intersection of Swanston Street and Flinders Street. Built in 1891, it is a famous building in the city of Melbourne. It is famous for its bluestone and fine wall lines. In 1932, the church added three more spires to make it look more magnificent. The church has stained glass windows, glazed tiles, wooden chairs and red vaulted skirts. There is also a huge organ, its brilliance and lustrous color blended with the red decoration of the church. There are several memorial statues stationed outside the church as well as a very beautiful small garden. 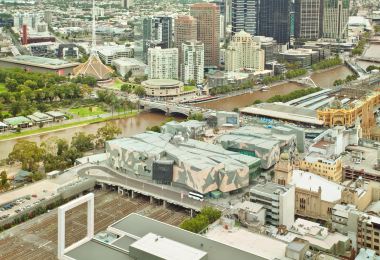 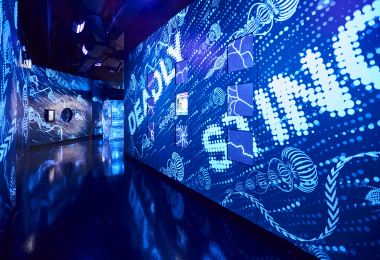 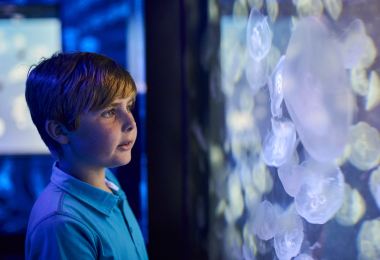 "Melbourne Aquarium (SEA LIFE Melbourne Aquarium) [1] is located in the center of Melbourne, Victoria, at the junction of King Street and Flinders Street, adjacent to the Yarra River. There are more than 500 kinds of marine life in the museum. Visitors can observe Australian-specific marine life up close and swim with large sharks. At the Underwater World Museum, visitors can touch a variety of seashells, learn about marine life from electronic simulators, and enjoy a good place for a family."

Reasons to Recommend: The Melbourne Aquarium is located on the banks of the Yarra River. It's a circular structure decked out in a blue-white color scheme. The aquarium has many exciting areas to explore for an unforgettable travel experience. It's home to Australia's massive Australian saltwater crocodiles, a rich variety of seahorse and sea dragon species as well as king and gentoo penguins. The idea of having a bit of fun with huge sea turtles and hide and seek with Nemo is no fantasy here. You can even take a transparent glass bottom boat for an adventure behind the curtain while traveling back and forth on the water yourself in search of excitement. 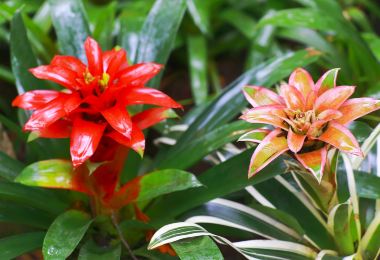 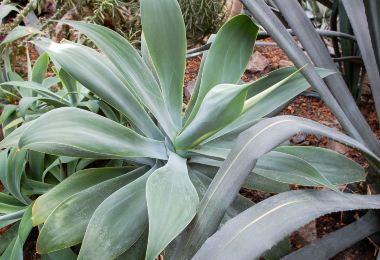 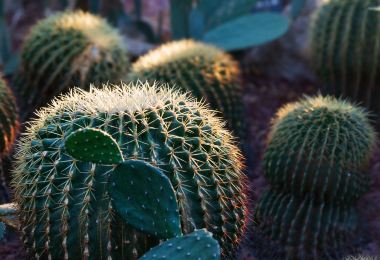 "Founded in 1845, the Royal Botanical Gardens is located about five kilometers south of Melbourne's center. It is one of the best botanical gardens in Australia. The Royal Garden is decorated with 19th century garden art, and it has left some buildings and features of the last century. Since its construction, the Royal Botanic Garden has collected more than 12,000 kinds of flowers and more than 30,000 kinds of plants from all over the world."

Reasons to Recommend: The Royal Botanic Gardens in Melbourne, Australia, contain amazing plants from all over the entire world. The perfectly landscaped gardens, first established in 1846, are lush and beautiful. Spend a soothing day relaxing in the greenery and gaze at the beautiful swans and water birds that call the gardens home. There are special educational programs designed specifically for children, so bring the kids. Getting Hungry? Grab some refreshments at the Observatory Cafe or enjoy a full meal at the formal Terrace restaurant. The Plant Craft Cottage sells unique souvenirs, mementos and handcrafts. 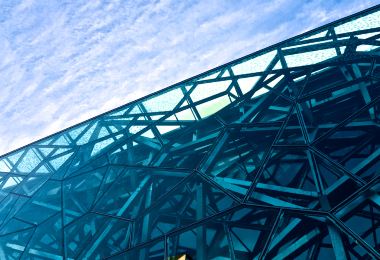 "Melbourne Federal Plaza is facing Flinders Railway Station in the center of Melbourne, close to the Yarra River, downtown area, shopping paradise, convenient transportation, nearby churches, art galleries, and close to the library, it is worth a visit."

Reasons to Recommend: Federation Square is known as one of Melbourne's landmarks. The architect transformed static concept graphics into dynamic real world geometry. After the sun passes, after a shower or when night falls, its atmosphere, colors, texture and grain undergo amazing changes that have shocked those in the construction industry. Federation Square is located in the heart of Melbourne. Its main structure consists of 11 buildings and some open areas. Most of the Square's functions are designed to meet the cultural and leisure needs of the people. It is an ideal place to connect with the community, share culture and expressive features, and showcase Melbourne and Victoria lifestyles. 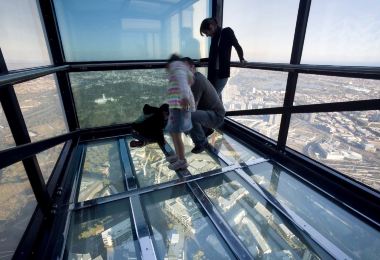 "The Eureka Tower is the world's tallest residential building, with an 88-story glass-to-ceiling view of Melbourne and a telescope to view the landmarks of Melbourne."

Reasons to Recommend: Eureka Skydeck 88, located on the 88th floor, is 285 meters above the ground. With a direct elevator, you can overlook the entire city of Melbourne, 360 degrees, in a few seconds. There is a viewfinder for accurate observation of important landmarks throughout Melbourne. There is a small outdoor area called The Terrace that is closed during strong winds. There is also a glass cube called The Edge that extends out of the edge of the building. If you are looking for excitement, you can challenge the Serendipity mobile glass cube. You can slowly launch out of the building along with the cube, hanging in the air, which is extremely exciting. 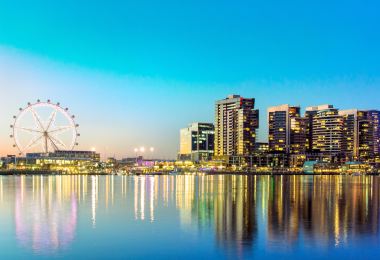 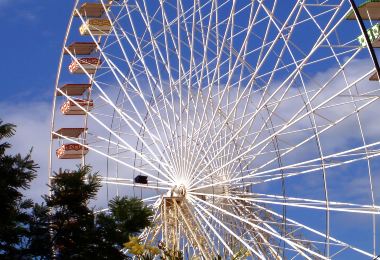 "Melbourne's star Ferris wheel, just like the Oriental Pearl Tower sightseeing floor, one turn is equivalent to walking through Melbourne, Melbourne is a panoramic view, tickets are not expensive, it is worth experiencing in Melbourne,"
TOP 7
 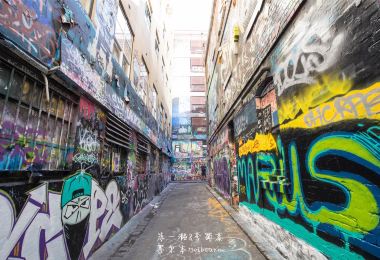 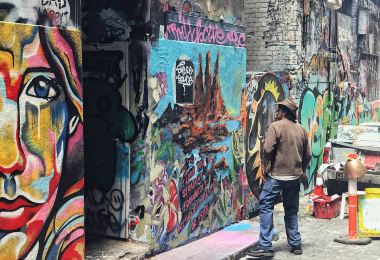 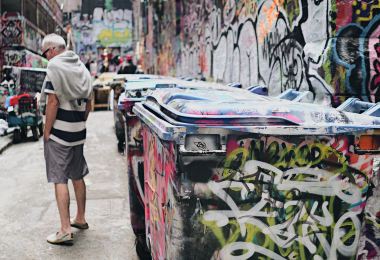 "The graffiti lane in Melbourne blossoms because local governments respect creativity and don't just erase it. Another reason is that artists, graffiti masters opened studios, also have a trendy clothing brand, so that the alleys quickly become the foot of the trendy people, and many photographers come to punch card mad spread, creating the existence of graffiti alleys. To find graffiti lane, a small alley near the Victoria National Gallery, Hosier Lane, is mostly large portraits, with some paintings taking up the whole wall; and graffiti masters are often improvising. Another AC/DC Lane, two blocks away from the alley, also has paintings of different styles on the walls, which are very visual and childish. Also, Union Lane, located in the center of the city, is mostly graffiti; More often, graffiti is reloaded, so every time it comes it is fresh. Because of the social freedom, which has created the graffiti culture in Melbourne, graffiti lanes are full of features. Next time you're looking for a selfie scene, consider these."

Reasons to Recommend: One of the many small lanes and arcades in Melbourne, Hosier Lane is a cobbled vehicular and pedestrian way near the southern edge of Melbourne’s central city. Hosier Lane is a celebrated repository of sophisticated urban art. The graffiti-covered walls and art-installations have become a popular backdrop for fashion and wedding photography. For those who appreciate such art, you will certainly not want to pass up and opportunity for a stroll along Hosier Lane. 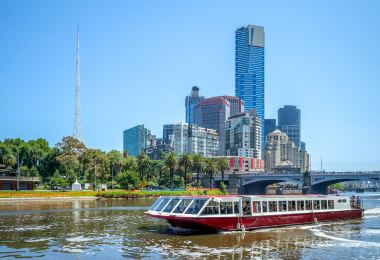 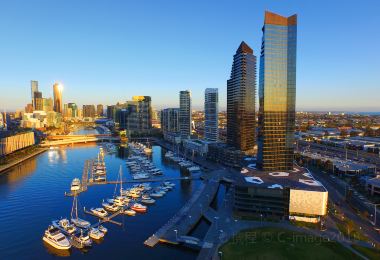 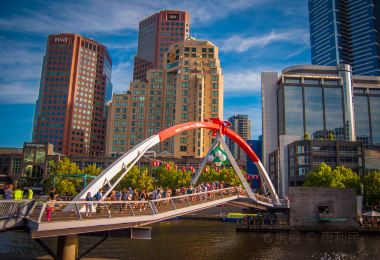 "Located in the eastern part of Victoria, the Yarra River has beautiful scenery and rich vegetation on both sides. It runs through Melbourne, dividing the city in two, and is the main river in Melbourne."

Reasons to Recommend: The lower end of the Yarra River near Melbourne, Australia, is a must-see location if you love nature. The river is home to a vast and fragile ecosystem, including several species of fish. Dolphins are often seen swimming upstream into this river due to the salinity of its southern waters. The banks of the Yarra River are home to cultural events, such as Melbourne's annual Moomba festival which includes a water skiing competition. Rowing is another popular sport along the Yarra and Melbourne's private schools are known for training their teams here. 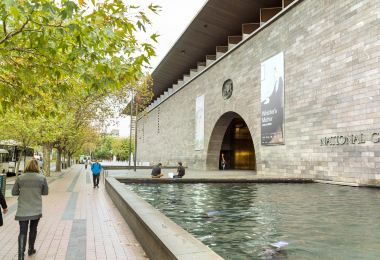 "The National Gallery of Victoria in Melbourne, which houses world-class art treasures from Australia, Aboriginality, Asia, Europe and the pre-Colombia era. The Gallery has 70,000 collections of works from photographs, fabrics to sculptures and paintings. From old objects to screen paintings, there are also Australian Aboriginal works of art, which are divided into different categories, and are divided into different parts. These bring to you the style of the Victorian style of the faraway Australia, and in this strange style can also appreciate the modern Australian style. People who believe that even people who don't know their language and art know how to stand before John BRack's self-portrait and feel it, and feel it calm and happy, and worth seeing [jumping] [jumping]"

Reasons to Recommend: For art fans visiting Australia, the National Gallery of Victoria needs to be at the top of your list of attractions to visit. Founded in 1861, the national gallery is the oldest public art museum in Australia. The collections features a wide range of examples of art history; from early indigenous art to current day multi-media art work. The museum also features kids friendly programming to open the world of art to them. The museum also houses a art related store, and multiple eateries that you can sit back and rest after a long day. 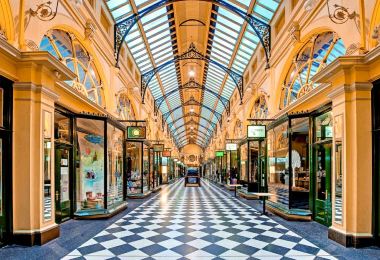 "The Block Arcade, full of British colors, is a historic shopping promenade in Melbourne. Even the mosaics on the entrance floor can exude a British taste. The arched ceilings in the promenade have no lack of skylights, which can let sunlight into the room. , Is an environmentally friendly design, many bronze statues are placed on the promenade, which become the subject of tourists"
TOP 11
 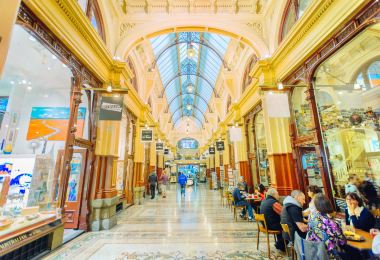 "Brock Arcade is another very famous arcade in Melbourne besides the Royal Arcade. This is actually an old commercial street in Melbourne, built in the 19th century. Even if you don’t buy things here, just take a look and appreciate it."

Popular Types of Attractions in Melbourne

Melbourne Staycation with HangrybyNature  |  Pet Friendly Accommodation in Australia  |  Top 10 Hotel Restaurants in Australia  |  Best Australian Cities to Work From Remotely  |  Trending Destinations in 2021  |   Everything Travellers Need to Know About the Coronavirus (COVID-19)  |  Australia: A Vast Continent with Immense Beauty