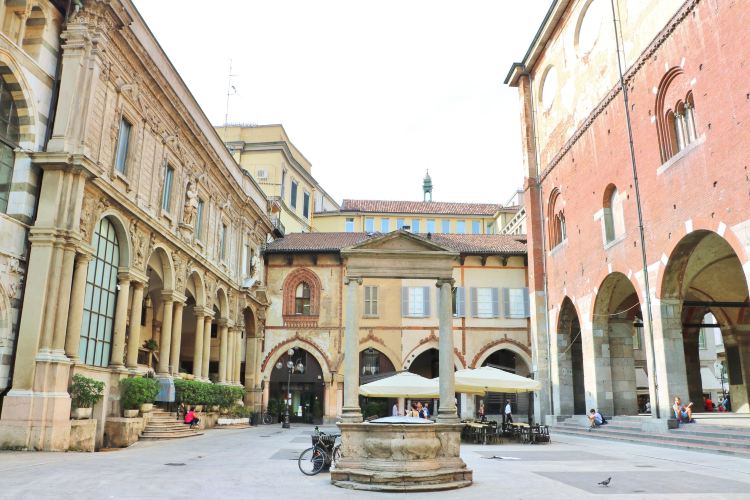 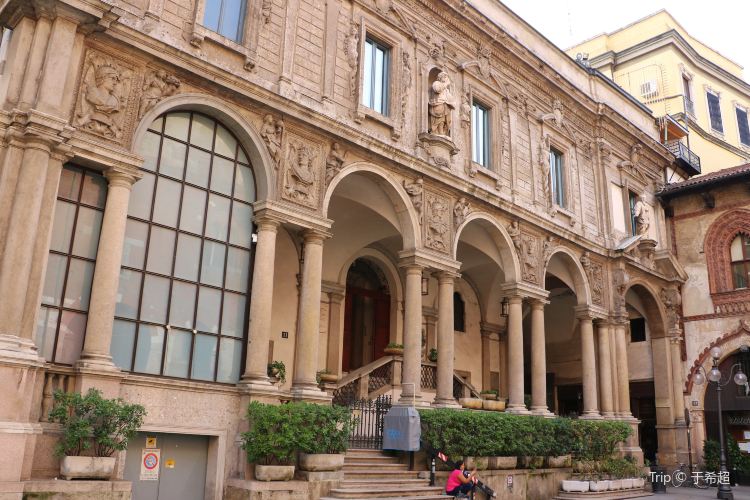 Wandering around the cathedral, I came here on foot, because I need to walk through the alleys, so not many people are here. The style of the building is very beautiful, so I was attracted to stop and admire it, but the place is full of urine and smells, which is a great discount for appreciation. The building has a Gothic porch. Above the two-story loggia, is a series of triple mullion windows with built-in statues. The loggia was built by Visconti, the consul of Milan, in 1321. He hoped to build a new building near the Palace of Reason to accommodate judicial and notarization activities in the city. The name comes from the Ossi family, who owned some palaces in this area before the construction of this building. The designer of the loggia is Scoto of San Gimignano. The main street outside is a shopping street where you can buy and buy.