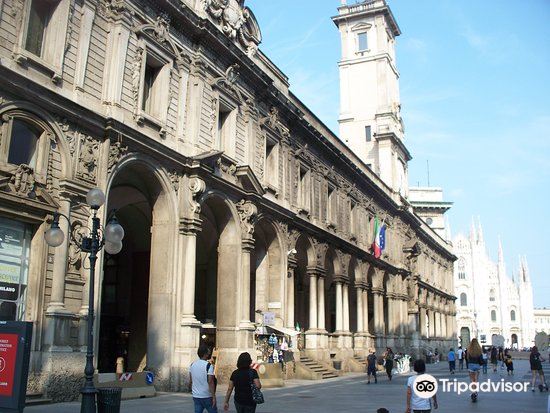 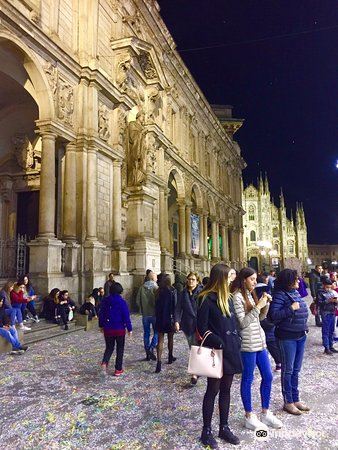 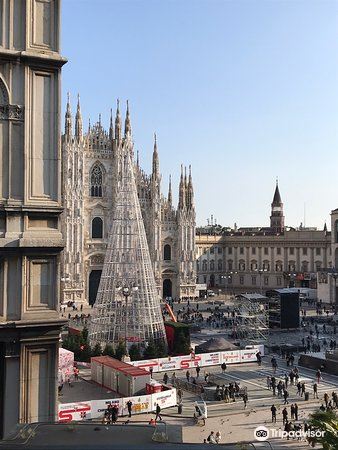 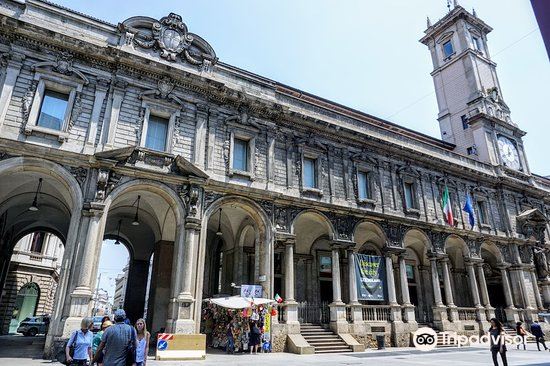 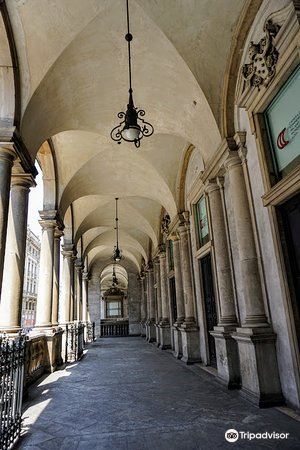 The "Palace Giuliconsotti" in Milan, Italy was built in the 16th century in 1562. It was designed by the architect Vincenzo to replace the old 13th-century building that was demolished that year. The original old tower was retained and used as a new building. Clock tower. Just hearing the name, I thought it was another royal palace. But in fact, it was originally a "doctoral college", which was a school dedicated to training politicians and lawyers. After the 18th century, it was successively changed to the Stock Exchange, the Telegraph Company, and the People's Bank of Milan. It was changed to the Chamber of Commerce in 1911, and it is still the property of the Chamber of Commerce. The porch is beautifully designed, and there is a large statue of Saint Ambrose in the center just below the bell tower. He was an archbishop of Milan in ancient times. He established the mass ritual in the church and set the hymns to be sung on every festival in the calendar. He created a precedent for the development of Western church music. He was therefore known as "Western church music." Father". He was also a politician and often wrote to the emperor, advocating a balance between the rights and interests of the state and the church. The entire building was severely damaged by the bombing in the Second World War. After restoration, it was used to hold various events and large conferences and forums. Passing by that day, there happened to be a coffee brand company engaged in a large-scale promotion, and there was a constant flow of people. As long as they passed by, they would send a cup of coffee to taste.