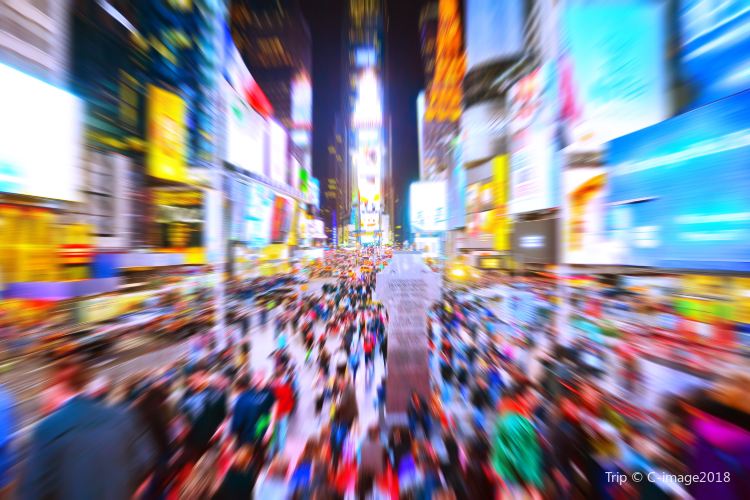 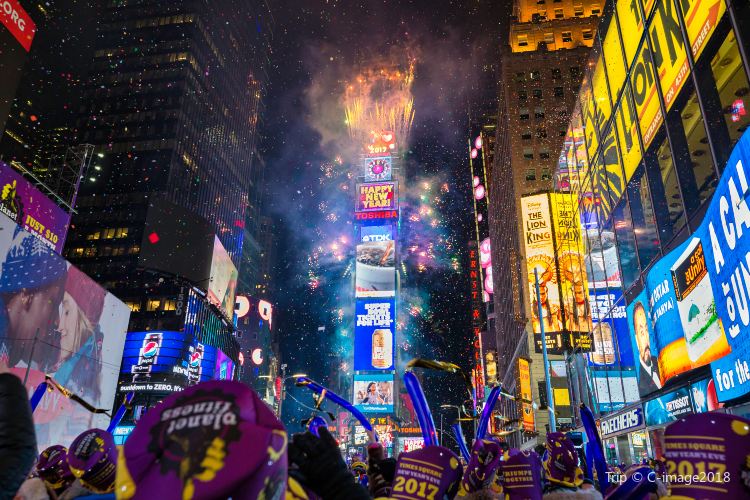 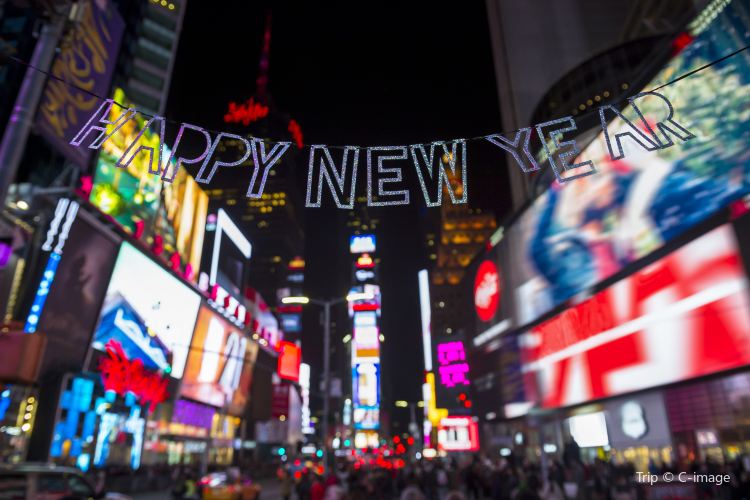 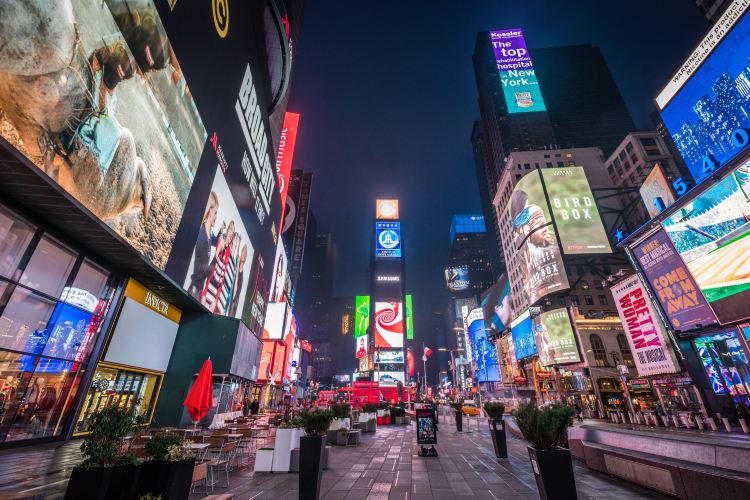 I went to Times Square in New Year's Eve in 19. It was raining that day. I stood with my girlfriend under the rain for 10 hours, and waited until the ball dropped. Very unforgettable experience, and now I think it’s a great experience in retrospect. I also felt the charm of NYC

Times Square is a New York landmark. The triangular zone is flanked by high rise buildings and clustered with shops, with a plethora of department stores, restaurants, and Broadway theaters in the vicinity. Ablaze with lights both day and night, Time Square is overwhelmed by iridescent neon billboards and LED screens, each broadcasting adverts and promotion films from around the world. Throngs of people speaking different languages pack the streets and engrossing street shows can be seen everywhere. The Square is particularly boisterous during festivals, parades, and firework shows.
Show More