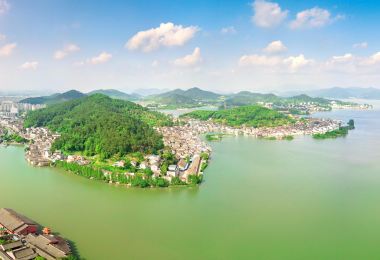 Reasons to Recommend: Dongqian Lake is located in southeast outskirts of Ningbo. Its surface area is three to four times larger than that of Hangzhou's West Lake. The most notable points of interest of Dongqian Lake are clustered on the Huanhu East Road. In contrast, Little Putuo, also a very popular place of interest, is a causeway in the middle of the lake. The Xiayu Buddhist Temple, which is located in the center of the lake, always receives many visitors, who come to burn incense and pray for blessings. To enjoy the beauty of Donggqian lake, one can cycle around the lake, while admiring the scenery and stopping for photographs. One can leisurely enjoy the beautiful lake and mountain landscapes along the coast, and admire the local villages. There are dedicated bicycle paths along the edge the lake. In addition, the tourism office can provide bicycle route recommendations tailored to the needs of different types of people. 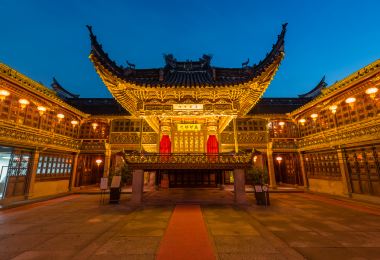 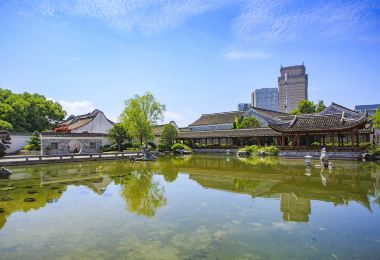 "Tianyige is located in Haishu District, Ningbo City, Zhejiang Province. It is built in Mingjiajing from 40 to 45 years. It covers an area of 2.6 square meters. It sits north and south. It is a hard-top heavy-rise building with two-story brick and wood structure. It is high 8.5 meters, sloped roof, and green tiles."

Reasons to Recommend: Tianyi Pavilion Museum is located on the west bank of Moon Lake in Ningbo and is one of the oldest private libraries still in existence. The museum’s architecture tends towards the Jiangnan garden style. The museum was built within the Stele Forest in Mingzhou, where hundreds of stone monuments record the educational attainments of ancient officials. The Painting and Calligraphy Hall occasionally displays several historical masterpieces and exceptional works by renowned scholars. The museum is also home to the Mahjong Gallery, where you can learn about the origins and development of Mahjong. 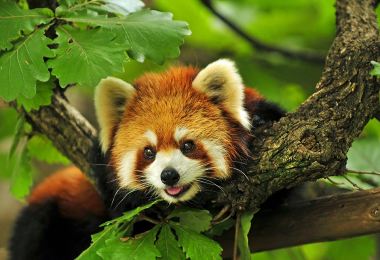 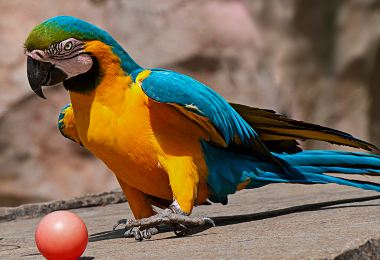 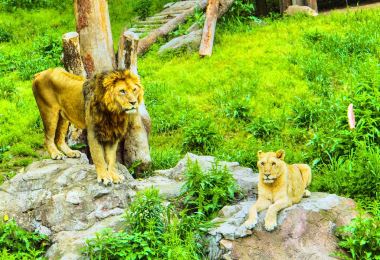 "Located in Dongqian Lake Scenic Area, the zoo has a new design concept and a beautiful water town scenery, which is the first water ornamental animal line in China. Introduce:There are white lion, giraffe, antelope, hippo, rhino in Africa, kangaroo, ostrich in Australia, flamingo, lemur, knottail lemur in America, white tiger, elephant and Chinese national treasure panda, golden monkey, More than 200 species of more than 10,000 animals, including golden yak, are nested here in a comfortable environment. There are four performance venues in the park, where elephants, tigers, lions, monkeys, sea lions, geese and other animals will perform on the stage, as well as wonderful acrobatics and ethnic performances. The park also has a number of new and fashionable amusement projects, such as Ferris wheel, bumper cars, bouncers and so on. In addition, the park opened a new exhibition area near Wolong Cave, "exoplanatory life", the entire exhibition area covers 800 square meters, from space to see the earth, alien laboratory, alien family, the horror aliens and other four blocks."

Reasons to Recommend: Youngor Zoo sits inside the Dongxian Lake Resort Area. While here visitors can see African white lions, Australian kangaroos, American spotted lemurs and white Asian Bengal tigers. There are a total of more than 10,000 animals of some 200 species, including China's national treasure, the giant panda, living here comfortably. Inside the zoo, four large performance areas have been constructed for amazing shows by elephants, tigers, lions, monkeys, sea lions and parrots. There are also brilliant acrobatic performances and ethnic cultural performances. Among the activities available for visitors, the zoo has a ferris wheel, bumper cars and a Moon Bounce. 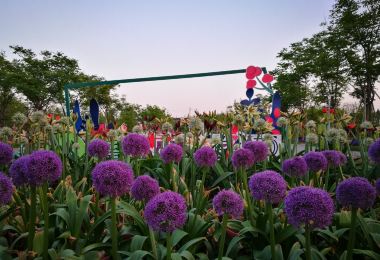 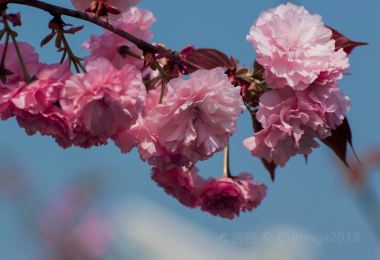 "The botanical garden is very worth coming, there are many plants in the park, each area has its own theme, and there are small trains to take pictures! Rose 🌹 Flowers are open, and then it should be hydrangeas and rapeseed and fragrant wisteria flowers."

Reasons to Recommend:  The Ningbo Botanical Garden is a local flower viewing resort in Ningbo. The popular tourist plant area has rare plants such as Pinus tabulaeformis and plants with high ornamental value such as Mexican cedar. In addition, they have created more than a dozen special-purpose gardens such as the Four Seasons Garden, which meets the needs of tourists to look at seasonal plants in different seasons. 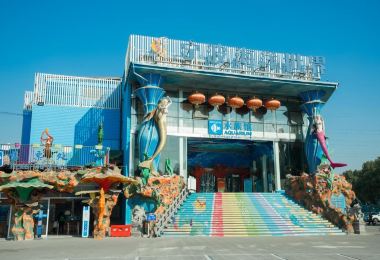 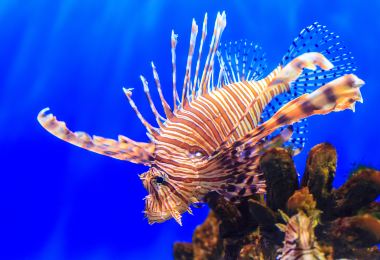 "[Ningbo Ocean World] I missed the aquarium for a long time and finally found the right time to go to Ningbo Ocean World today. This ocean world has been for many years, so the facilities are relatively old, but still kill various aquariums in Europe, because the variety of marine life is really too rich! It is recommended that if you have the opportunity, you must go on a workday and walk slowly to really feel its charm."

Reasons to Recommend: Ningbo Ocean World has two venues: the aquarium, and the Ocean Theater. The aquarium is based on the cultural backgrounds of Angkor Wat, ancient Egypt, and the ruins of Yuanmingyuan. Visitors have a chance to experience the natural beauty of different marine life from all around the world. The Ocean Theater features a marine science education gallery, a walrus feeding interactive area, marine animal shows, and a marine science museum among others. Experience the mysteries of life under the sea at Ningbo Ocean World. 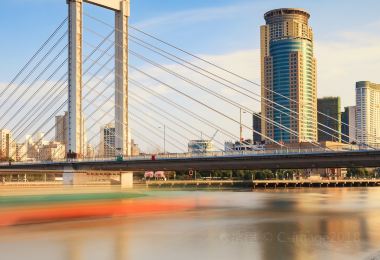 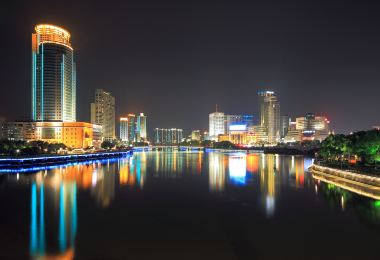 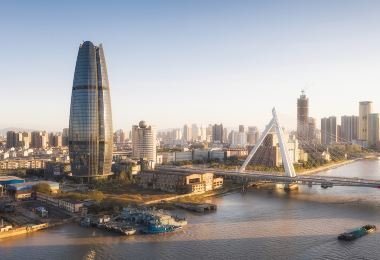 "Ningbo Old Bund is located in Sanjiangkou, Jiangbei District, Ningbo City, and is the gateway to Ningbo's ancient city. The old Bund opened in 1844, 20 years earlier than the Shanghai Bund. The old Bund of Ningbo has retained the historical buildings and neighborhood style, and is now a fashionable landmark in Ningbo."

Reasons to Recommend: The Old Bund is located in Sanjiangkou, the center of Ningbo, and its history begins 20 years before that of the Bund in Shanghai. Today, the Old Bund still retains a large number of beautiful old European-style buildings, most of which have been converted into bars and restaurants, forming a leisure area with a very distinct atmosphere and becoming one of the primary attractions in Ningbo. It is quiet here during the day, with visitors in twos and threes strolling around the street and examining the old buildings. In the evening, the street becomes very lively, and the sound of music wafts out of the various bars. Lovers walk along the river and admire the charming night of Sanjiangkou in a romantic evening getaway. In the summer, the Li River is also a nice place to escape the heat for a while. 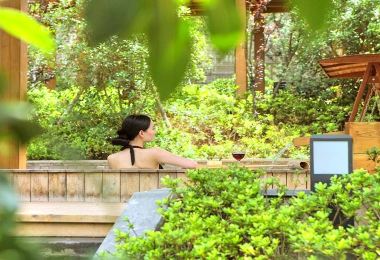 "loved it! there are many springs so I was able to have one section to myself I also tried the special fish therapy☺️ the staff was so nice <3 will visit again!"

Reasons to Recommend: Located at the foot of Erling Mountain, Erlingshan Hengyuan Hot Spring is divided into outdoor open-air hot spring areas and indoor comprehensive spa areas. You can choose your favorite outdoor pools to unwind and relax in and then take a rest on the heated stone slabs inside. Massages, pedicures, and other services are available inside, and snacks such as fruit and refreshments are available in the lounge. 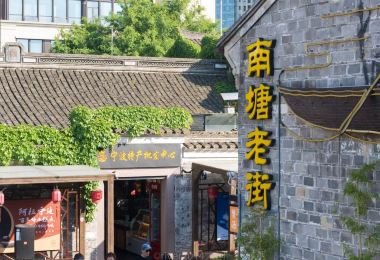 "Food: Nantang Old Street Youzanzi, the author seems that that is small flax, but here called oil Zanzi. And the taste has a variety of seaweed flavor, there are sweet and salty flavor, there are many other flavors. In addition, there are other snacks. Now the food, packaging is more complex. In fact, the quality of the goods is the most important."

Reasons to Recommend: Nantang Old Street is located outside the south gate of Ningbo Ancient City. It used to be the “Nanmen Three Markets”, housing the old Ningbo trades and cultures. It is also one of the eight historical streets in Ningbo. Nantang Traditional Street also features many cultural and historical sites, including former residence of Yuan Xie (one of the "Chunxi Four Gentlemen" in the South Song Dynasty) and his descendants, former residence of Yuan Muzhi (film artist) and Yu's Ancestral Hall, etc. 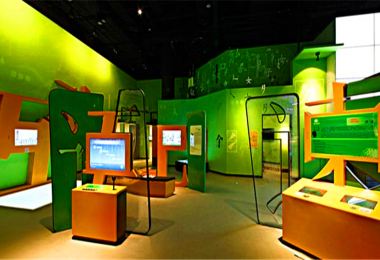 "The most important thing is free, there is a typhoon experience, Miss Sister is very good, various small experiments, when I went, I met the primary school students who have to gather, they should just visit, the bathroom environment is superb" 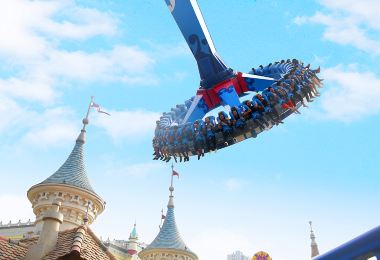 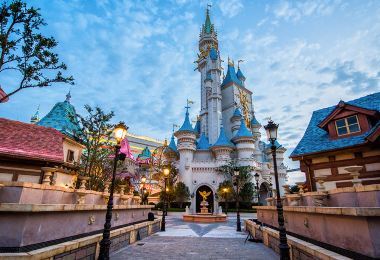 "Very special park, the subway taxi is very convenient, opposite is the Yintai eating and drinking is also very convenient, the indoor park part of the wind and rain does not affect the play, you can take a lot of beautiful photos, very much like it!"

Reasons to Recommend: Romon U-Park is a 200,000 square meters large scale amusement park located in the south of Ningbo, China. By its size, it can be consiered as one of the largest urban indoor theme parks in the world. It consists of a 57.4m high indoor park, and an outdoor park "Legends Island". There are six different theme zones in the park: Romantic Avenue, Fantasy Dream, Mystery Land, Adventure Challenge, Festival Plaza and The Island of Legends. In all, there are over 30 attractions, 30 specialty restaurants and 20 specialty shops. 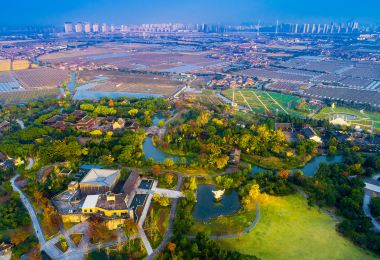 "The good place to relax is not big, not small. There are three entertainment facilities in the afternoon. Unfortunately, my husband is a bit timid and did not go up. It is said that there is a fountain at night. Parking is very convenient and parking fees are not expensive."

Reasons to Recommend: Liangzhu Culture Park is a scenic tourist attraction with Liang shanbo Temple as its main body and Liang Zhu story as its leading line. With a grand drama stage, and magnificent theatrical performances, the Liangzhu Temple is a large-scale theme park that allows you to indulge in love stories. 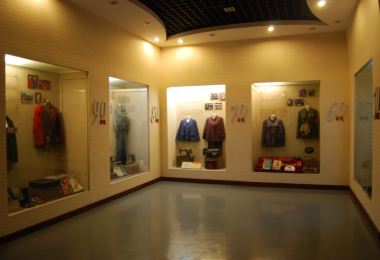 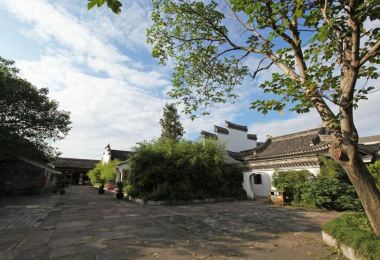 "There are a lot of things in the botanical garden. From an early age, the plants have grown very tall for so many years, and I am a little worried that I can't put it down. There is no place to visit the road. I don't know what to improve in the future. It's a bit depressed outside, and I don't eat much."