Kakakaka_Cappuccino
Philadelphia
Independence Seaport Museum
The museum, located next to the port in the old town of Philadelphia, was originally going to the aquarium, but was separated from the other side by heavy rain, and was brought to this independent harbour museum by Allah.
This museum was built on the shipyard. After 200 years of operation, the shipyard closed the museum directly in 1995. As the first shot in the War of Independence, the museum naturally emphasized The role of the immigration center. Standing beside the museum's transparent windows, you can look out over the port and the pattering of rainwater adds to the beauty. There are large ships in the center of the museum, as well as a special ship studio. The souvenir shop here can also buy wooden boats.
Posted: 14 Jan 2019
Related Moments 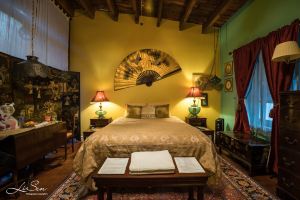 Philadelphia Flowershow
A home away from Franklin Avenue, it is said to be one of the most popular B&Bs in Philadelphia. The landlord is a sexy and friendly yoga instructor. Downstairs is a yoga studio, although it cannot be peeked at room is located 2 floors, rich Southeast Asian style, various Chinese elements, Thai elements, etc., plus European-style beds, fans, screens, dressing tables, etc. It is said that these are all antiques! You can enjoy the 2nd floor world. The landlord also has two cats. Please be friendly and licking the cat Price: 400/night
unforgettableexperiences
uniquehomestay
Sen LI Photography 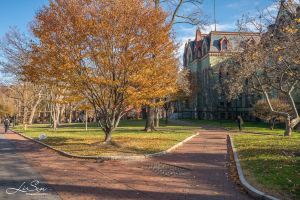 University of Pennsylvania
The University of Pennsylvania may not be as famous as Harvard and MIT, but it is also one of the famous universities in the United States. It belongs to the eight universities of Ivy League (eight universities: Harvard, Yale, Columbia, Princeton, Pennsylvania, Dartmouth, Brown, Cornell, should be the most difficult university to apply for in the United States. Binda was founded by Franklin in 1740. The first medical school and business school in the United States (Wharton Business School) was born here. The school motto is "Faude is not established" and it also shows Its law school has a position in the United States. Liang Sicheng and Lin Huiyin also studied at Penn. The campus covers an area of 1.13 square kilometers. Its campus buildings are modeled after the University of Oxford and Cambridge Gothic style. While enriching some of the old elements of the British style, it has also innovated a new campus Gothic architecture. style. There are several restaurants and bars on campus, as well as large supermarkets and cinemas. It is a small living park with complete facilities for eating, drinking and drinking. In the university park in the east of the campus, there are also sports venues such as football fields, football fields, and baseball fields. Walking on the campus, there are many quaint buildings around, some are college buildings, and some are student residence halls. The LOVE statue found on the Penn campus is relatively mini, but it is also the only LOVE in Philadelphia. Leaving Penn, heading to the subway station, passing the Schuyl River, a river running through Philadelphia, surrounded by modern high-rise buildings and many historical monuments.
decembertravel
dreamlife
nyedestinations
Sen LI Photography 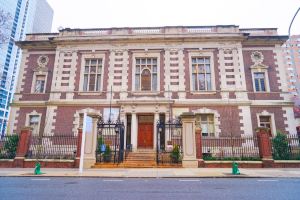 Mutter Museum
It is probably the most horrific museum in Philadelphia, and the most horrific museum ever visited by the East. The Matt Museum is located in the Old Town of Philadelphia. It houses a collection of 19 world medical materials, specimens of various types of deformed human remains, museums with medical anatomical models, human organ specimens and other exhibits, as well as some ancient medical equipment. The museum contains slices of Einstein's brain and many specimens of deformed humans and organs, making it the world's most horrific museum. Before coming here, I suggest not to eat too much at the end. Of course, if you are studying medicine, it is a different matter. The owner of the exhibit is an anatomy doctor. Each exhibit is also explained in detail. As the most horrific museum in the world, it is naturally popular. When the door opens early in the morning, the museum is full of tourists. From soap corpses, long-horned women, smallpox arms, and facial specimens, it is said that the big world is nothing.
Kakakaka_Cappuccino 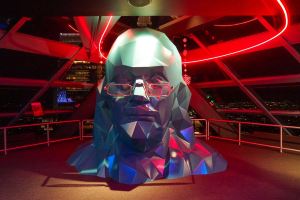 One Liberty Observation Deck
Every city trip can't be missed. The direct view of the horizon and the sky overlooking are all exploring the city's endless charm. The Philadelphia Freedom Observatory is the highest point here, located in the heart of the old town. The tickets purchased include two summits, the ability to enjoy the peace of the day, and the mystery of the night, which is also the surprise of this attraction. If you buy a single ticket, the ticket fee for dusk and night will be higher. There is also a caf and restaurant at the top of the viewing platform. If you are free, you can slow down your journey and enjoy the moment.
Kakakaka_Cappuccino 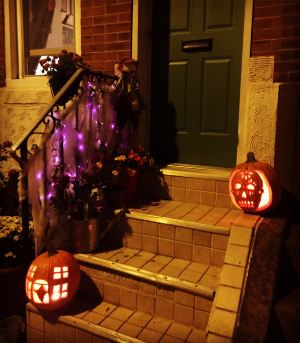 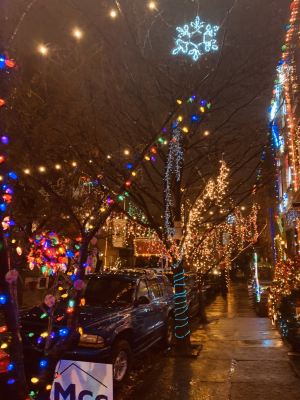 December is my favorite month. As Christmas is also my favorite time of the year. I always love and enjoy Christmas vibes. This Christmas, my boyfriend took me to the States. We came to Philly to see a friend of his. As I just came out from the subway station, I was so amazed with the Christmas light and decoration on the street. It was so beautiful. I felt so blessed. #givethanks #christmasseason #givethanks
givethanks
christmasseason
Irene Mikaela L T 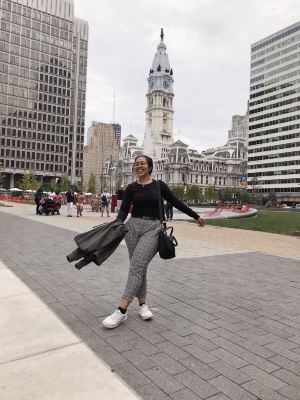 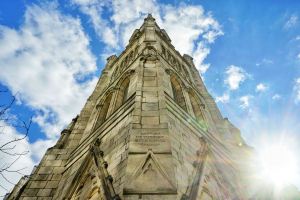 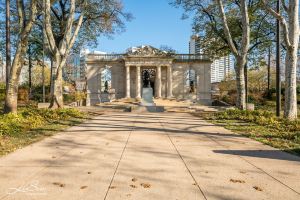 Rodin Museum
A niche museum on Franklin Avenue. It features the work of the famous sculptor Auguste Rodin, and the imitation of his world-famous meditator. The collection of Rodin art here is second only to the Rodin Gallery in Paris. If you are a statue lover, this small museum is not to be missed. Rodin’s life was hard and he was born into a civilian family. He has never been trained by the official art academy and has been an apprentice for many years. During his time in Italy, he studied the art of sculpture in the Renaissance, especially the works of many Michelangelo. Rodin's works are always full of emotions. He is a master of tradition but not sticking to tradition. His sculptures always reflect people's emotions vividly, and finally open a new chapter in the history of sculpture.
unforgettableexperiences
decembertravel
travelinspiration
Sen LI Photography 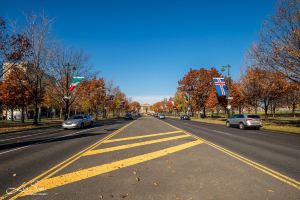 Philadelphia Flowershow
Franklin Avenue is the most beautiful avenue in Philadelphia. It starts from the City Hall in the east and ends at the Philadelphia Museum of Art in the west. It is a mile long and clean road. At the end of it is an art museum, located on a high platform with dozens of steps, where you can admire the entire wide Franklin Avenue, the nearby statues, and the distant city skyline. Along Franklin Avenue all the way to the east is the City Hall. The first floor of the City Hall can be walked at will, but to enter the tour you need to buy a ticket and wait for a guided tour. The Philadelphia Masonic Association, which is opposite to the City Hall, is a classical and magnificent building. It was established in 1873 as the seat of the Freemasons Pennsylvania General Assembly.
newyearstravel
decembertravel
nyedestinations
Sen LI Photography 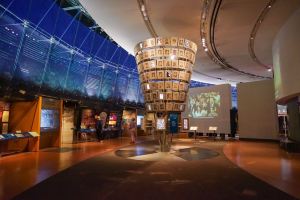 National Constitution Center
Philadelphia was once a city in the United States, and before the completion of Washington, the city was also very historically fascinating. Unlike the modern vibrancy of a typical city, strolling through the city, you can feel the blend of modernity and classicality. Philadelphia, which is known from history textbooks, is naturally known as the Declaration of Independence. As the city that gave birth to the first federal constitution, naturally dont miss the national constitutional center, where visitors will be closer to the city. . The tour of the Constitution Center is divided into regular exhibitions and movies. Tickets are included. The regular exhibition is on the second floor, mainly based on multimedia and text display. On the first floor is the theater, you can look at this Freedom Rising performance to understand the background, and then enter the history of Philadelphia through your own tour.
Kakakaka_Cappuccino 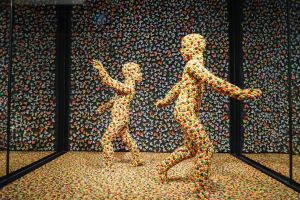 Liberty Museum
This free-spirited city in Philadelphia is indispensable to the National Freedom Museum. It is located next to the Independence Palace. When Philadelphia travels, it coincides with the closing of the Liberty Bell. So when you searched the museum for the same sculpture, you planted the grass. Come here. An introduction, the introduction of the eye is this free clock, although less traces of years, but still extremely shocking. I really like the multimedia room on the first floor. I started the tour with video materials, and then the pictures of the characters took the visitors into the story of freedom.
Kakakaka_Cappuccino