Bafang Temple is located about 200 meters (656 feet) northwest of Barong Temple, on the south side of Angkor's ancient palace. Enter and exit from the east. Tip: Since most of the temple buildings have collapsed, it is difficult to reach the top. If the staunch tourists have to climb the top, they can look forward to it through a passage on the East side, which has stone pillars and the ancient Angkor Palace on the left. Visitors should go straight along the corridor, climb the first stacked stone steps, turn left and circle the temple, so that the temple always appears on your right side. Bafang Temple was built in the middle of the 11th century (1060), by King Udayadiyah Bamo II, dedicated to Shibo (Hinduism), which belongs to the style of Bafang Temple. 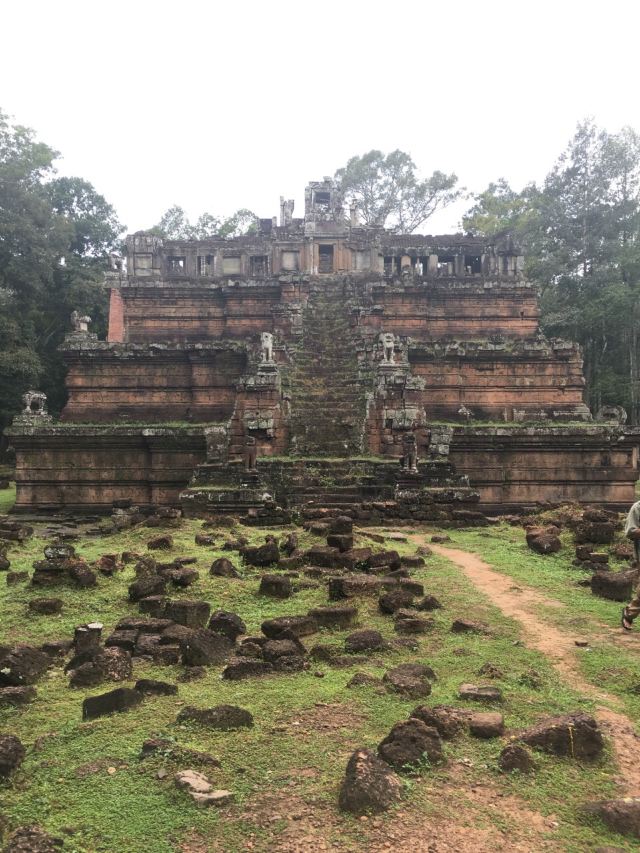 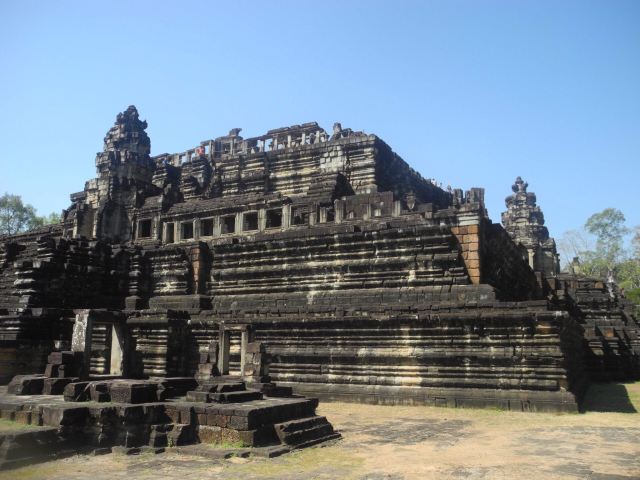 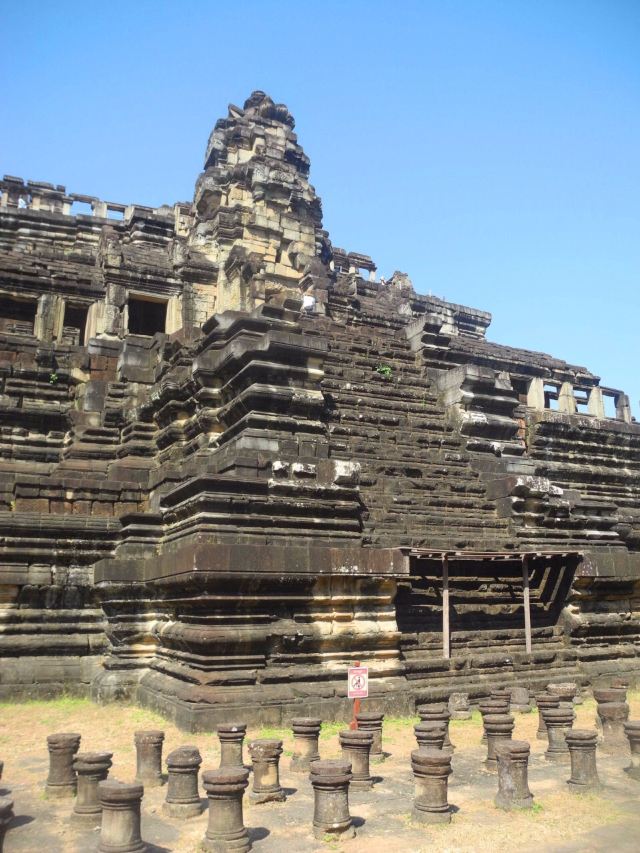 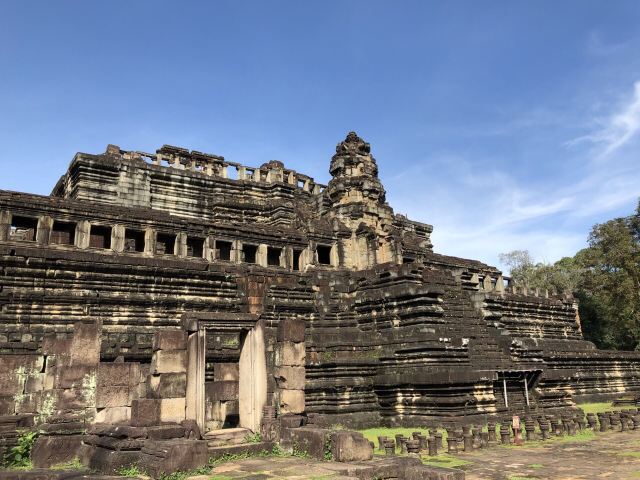 寻路啊呀
寻路啊呀
5/5
Reviewed on 21 Apr 2018
4
5/5
It's the steepest temple I've ever climbed. It's steeper than Angkor Wat and Becken Hill, but there are three stories. The top one is sealed off. This temple has several characteristics, one is that the wall itself is a reclining Buddha, the key is to find the chin of the reclining Buddha, the other is that there are many old stones scattered around the temple. It is said that the French people have to pile up the number to repair it, but because of the war, lost archives, the parties can not find them, these stones do not know how to pile up, so here is known as the world. The largest jigsaw puzzle in the world can only be partly repaired so far; the third is that on the first floor there are lots of Yoni, the stones of female genitals in Hinduism, the pillars of a hole in the middle, but Linga (male genitals) has disappeared. Generally speaking, the temple is very magnificent and dangerous, even if it takes an hour to watch the flowers on horseback. It is very close to Taplen Monastery, Warlike Platform, King Lao Platform and King Angkor City. It is suggested that we should not take a car and walk through it at one time. We missed the Pafang Temple just because we were lazy and took the bus. We came again the next day. There are also local people here to take wedding photos, very eye-catching.
Anny的旅行
Anny的旅行
5/5
Reviewed on 4 Mar 2016
1
5/5
Bafang Temple is known as the largest and most complex three-dimensional building in the world. Bafang Temple is an unexpected surprise. This temple is not the grand perfection of Angkor, nor the unique shock of the Barong temple. It is surrounded by the jungle. It is not small in size. Its incomplete beauty is pure, which makes me linger and forget to leave. Instead of thinking about time and history, we need to look through our eyes and enjoy pure artistic beauty. Tips - "1, climbing Bafang Temple, dress requirements, bare shoulders, bare knees above the legs are prohibited climbing, please pay attention to their own outrigger. 2. Can only climb wooden stairs, relatively steep, but not too high, carefully hold the railings, climbing up does not consume much energy. Keep in mind that you must climb the top. You have a good view and beautiful scenery. 3. The Bafang Temple still faces east. After entering from the east, there is a 200-metre-long participating road. If you like photography, it's a good angle to go down to the bottom of the road or take photos around the opposite side of the pond road. 4. Go as early as possible. Most corridors do not have roofs because they cannot be completely repaired. There are few places to shade them. Near noon, they will be exposed to the sun and affect their mood. 5. Bafang Temple has relatively few visitors, a simple background and green trees, which is very suitable for portraits. Beauty-loving students need to get up early, and only when the sun is soft can they have a beautiful sunshine. We all went late. We knew it was so beautiful, so we didn't sleep late.
ca****een
ca****een
5/5
Reviewed on 24 Feb 2017
2
5/5
Not far from the Barong Temple is the Baphuon Temple, which passes through the air worship road more than one meter high and 200 meters long from the ground. Bafang Temple is a three-storey pyramid-shaped monastery, which needs to be climbed one by one. The upper corridor of the monastery had only pillars, and when it reached the top, clouds scattered to reveal the blue sky, and sunlight projected on the remaining pillars with a vague feeling of the Greek temple. This temple has fewer people and better ornamental experience.
kevin1027
kevin1027
5/5
Reviewed on 23 Jan 2018
2
5/5
Siem Reap, Cambodia. The Papuan Temple, also known as the Pafang Temple by the local people, is very beautiful. It's a long way to go through a stone bridge. After entering the temple, you have to climb up a high platform. You can take pictures on it. The top is not allowed to go up because of maintenance, but you can still feel its grandeur in history.
Show More