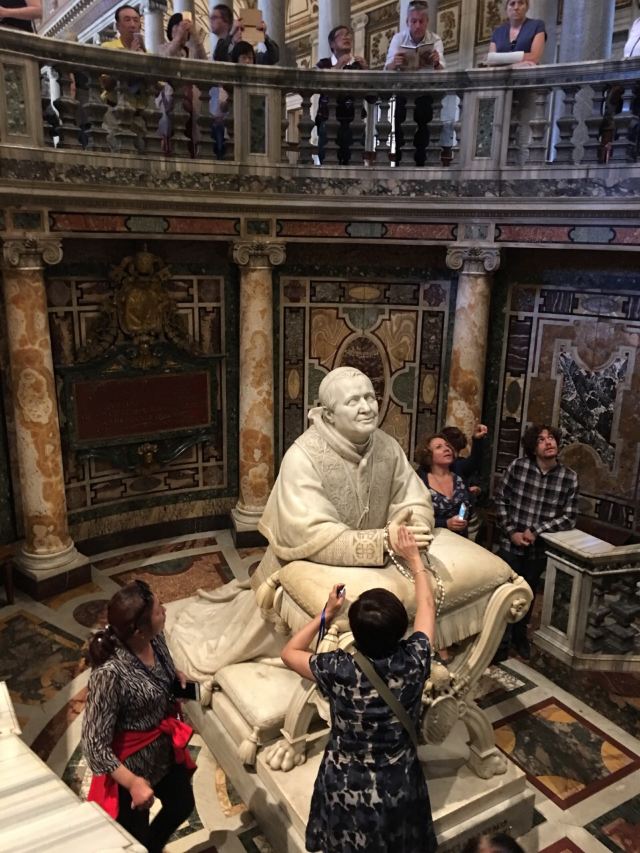 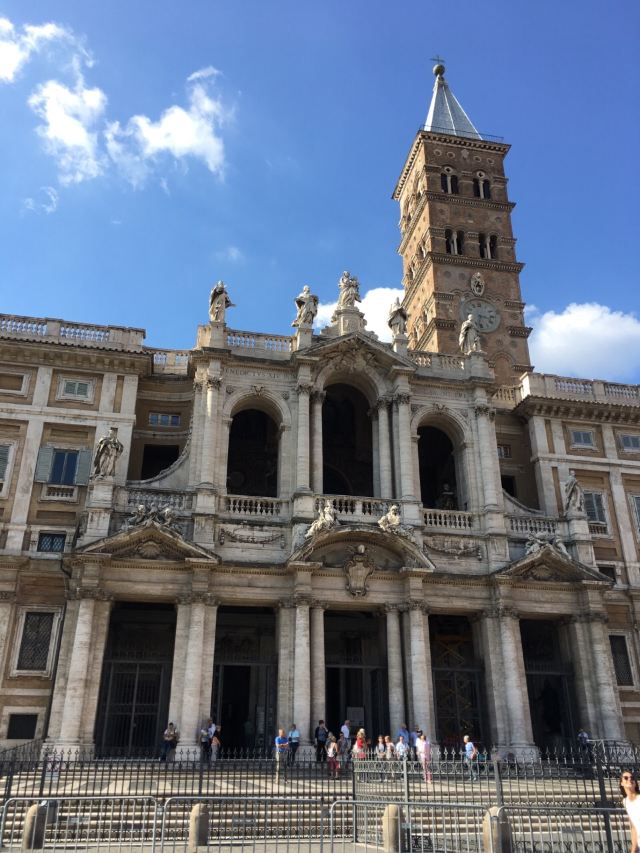 山水人生
山水人生
5/5
Reviewed on 30 Sep 2014
1
5/5
Say goodbye to Republican Square and walk to the nearby Notre Dame Cathedral (Notre Dame Snow Cathedral) to continue the tour. Legend has it that in 356 AD, the Pope dreamed of seeing the Virgin Mary, who ordered "to build a church where it snows tonight". Although it was August, the sky unexpectedly snowed, and where it snowed, the only church dedicated to the Virgin Mary in Rome was built. Thirty-six columns in the interior support a huge space, while the structure of horizontal beams supported by two rows of columns (a typical early Christian church building technique) makes the space more solemn and solemn. In the underground space in front of the church, there are large sculptures of the Pope kneeling devoutly to the Virgin Mary. Because it was the last stop and there was plenty of time, we enjoyed it easily in the church. Looking up at the golden mosaic "Coronation of the Virgin Lady" of the 13th century on the dome, looking around at the sculptures, murals, reliefs, windows and flowers. In addition to strolling on the marble floor of the church, we also sit in chairs from time to time, reading travel materials, recalling what we have seen and heard.
横竖是二温小迪
横竖是二温小迪
4/5
Reviewed on 23 Nov 2018
0
4/5
The Cathedral of the Virgin Mary, also known as the Cathedral of the Virgin Mary of Maggio, is located near termini and is one of the four super-temples of religion. Legend has it that St. Maria dreamed of building a church in a snowy place for the Pope, and that church was there. On Yan Value, the four super temples are all good, but I prefer Rutland St. John and St. Paul outside the city.
coldwar
coldwar
5/5
Reviewed on 3 Sep 2017
2
5/5
This is one of the four main cathedrals of the Pope in Rome, near the Temini Railway Station. This is the real building gem of Rome, dedicated to the Virgin Mary. The gold-plated ceiling is said to have been made of gold brought back by Columbus from North America, and it is still brilliant after years of washing.
Leigh Virkus
Leigh Virkus
5/5
Reviewed on 3 Aug 2014
0
5/5
Visit Santa Maria Maggiore (St. Mary Major) if only to see Bernini's magnificant staircase! There are 80 churches in Rome dedicated to Mary. This is the largest and considered the most important, thus, the label "maggiore". Along with St. Peter's, St. John's and St. Paul's, this is one of four papal basilicas in Rome. Dating back to the 5th century, Santa Maria Maggiore has a spectacular interior, with ornate chapels and a gilded ceiling. Admission is free. It is easy to reach, with several metro stops in the vicinity. This is a good place to visit if you are picking up Papal Audience tickets at the Church of Santa Susanna, which is nearby.
Show More