The volcano erupted millions of years ago and formed a variety of rocks after natural wind erosion. The region's unique karst landform, which resembles the surface of the moon, is called "the most lunar-like place on Earth" and is also the scene of "Star Wars". In addition, since the 4th century, Christians have come to live here for refuge, building houses and cave churches. In 1985, Cappadochia was included in the United Nations Natural and Cultural Heritage List. 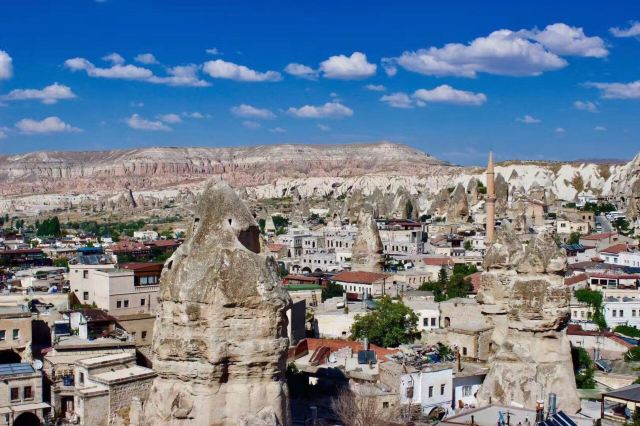 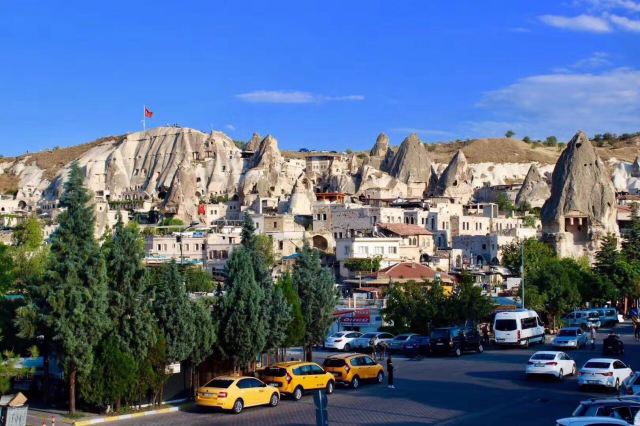 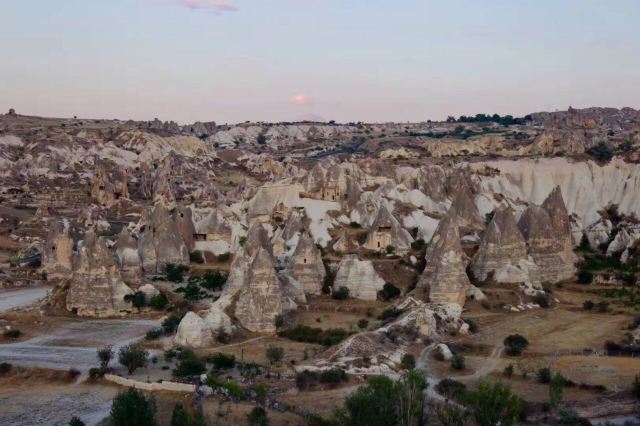 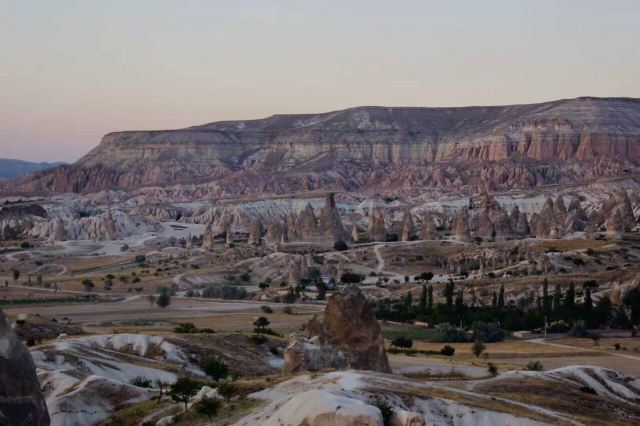 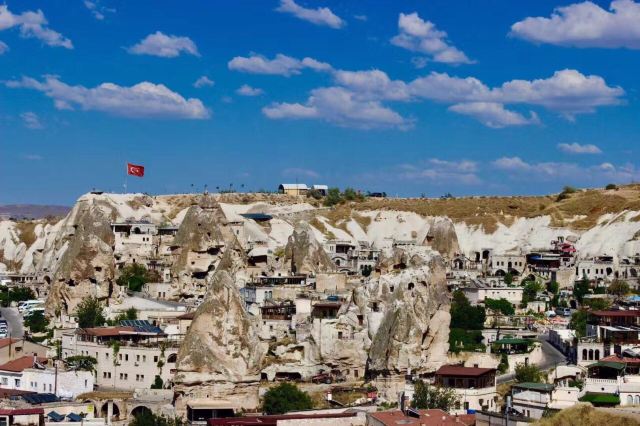 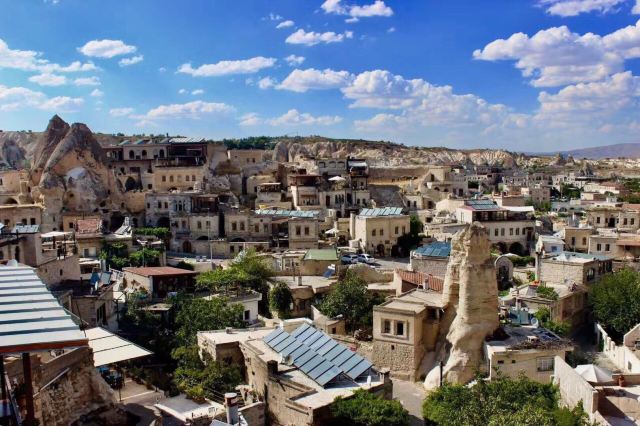 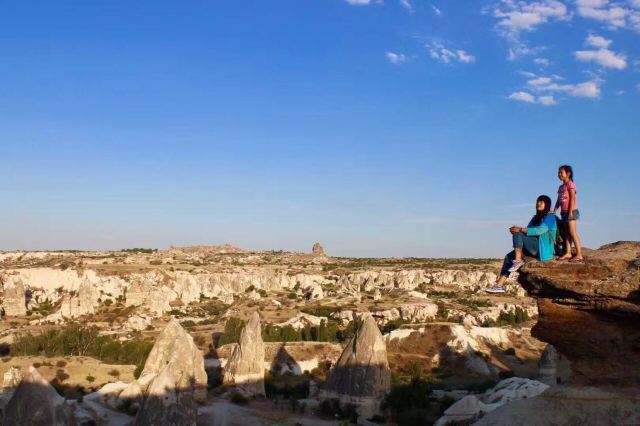 D30****0088
D30****0088
5/5
Reviewed on 27 Nov 2019
0
5/5
Cappadocia is a superb place to visit in Turkey whether you want to experience the hot air balloon or just enjoy watching the balloon flying over the strange chimneys in open air. Highly recommended.
陈之豪
陈之豪
5/5
Reviewed on 5 May 2016
8
5/5
First acquaintance with Turkey, like many people, is through "Fancy Sister". Turkey can be said to be a gift of nature, a country that integrates humanity and nature. To Turkey, one of the most desirable is to take a hot-air balloon to overlook Cappadochia and take a tour of Cotton Castle to try the sulfur hot springs. Because of its unique Caster landform, Cappadochia has become one of the best places to travel by hot-air balloon in the world. Safety is the most important concern when riding a hot-air balloon. According to the recommendation of LONELY PLANET travel book, several hot-air balloon companies in Cappadochia are recommended - "Ez-Air Ballons, Kapadokya Ballons, Sultan Ballons, Royal Ballons. The most famous and expensive one is Royal Ballons. It is said that Royal Ballons is the exclusive hot-air balloon company of the Royal Kingdom. Of course, there is a reason why it is expensive. Ordinary hot-air balloon companies are all hot-air balloon certificates, and their families issue a small gold medal. We are traveling with a group. The tour group chose the hot air balloon of TURCYA Company. It should be a small company with no reputation. When we report to the club, it's called a discount. The hot air balloon is half-price. It's 950 yuan RMB (domestic newspaper). Hot air balloons are usually run by 15 to 20 people. There are two batches of hot air balloons, one is take-off batch at 6 a.m. and the other is take-off batch at 7 a.m. In the first batch, you can see the sunrise. In the second batch, the sunrise could not be seen. Unfortunately, the travel agency chose the second batch and failed to see the sunrise. It's a pity. The second batch of hot-air balloons took off at 7 o'clock. We got up at about 5:30 and reached the hot-air company's break point around 6 o'clock for some snacks. In the gap between the snacks, we saw that the first batch of hot air balloons had begun to take off. At this time, the sun has just risen, the whole sky will be rendered into color, very dazzling. So I suggest that you choose to ride hot-air balloons in the future must choose the first batch of rides, experience will feel great. But then again, when I came to Turkey, I was very lucky to be able to ride in a hot-air balloon. Hot air balloon take-off is very harsh to the weather conditions, not only sunny weather, but also depends on the direction of the wind. Before each take-off, the balloon crew would grab a handful of soil and spray it in the air to observe the wind direction. Lighters are sometimes used for double insurance. So it really depends on RP to come to Turkey and take a hot-air balloon.
Luna
Luna
5/5
Reviewed on 2 Dec 2016
16
5/5
Where to leave a good memory. The main purpose of coming to Cappadochia is to experience the feeling of flying in a hot-air balloon. Make an advance booking with the hot-air balloon company online. In order to ensure passenger safety, each hot-air balloon company has strict requirements on the take-off conditions of hot-air balloons. It's not necessarily a good day to fly. We were lucky to have successfully completed a smooth flight. Taking pictures on hot air balloons from different perspectives gives us a better understanding of the magical karst landforms of Cappadocia. After the balloon landed, champagne will be opened to celebrate, and tourist flying certificates will be issued as a souvenir.
随心飘飞2010
随心飘飞2010
5/5
Reviewed on 1 Sep 2015
7
5/5
Very beautiful hot-air balloon travel is here, to here is to participate in this project. The landscape here is quite special. You feel the fairy tale world from a distance by bus. Especially when night comes, you stand at the top of the city, and the stars and lights shine the city so beautifully. Not only to ride the hot-air balloon, but also to play with the green line and the red line. Line route, look at the exotic customs, feel the beauty of different regions, and then find a gourmet restaurant to enjoy. Suggestions here can stay for three nights.
Show More
English (Australia)
Languages
AU$AUD
Top currencies
All currencies