Mira's House was the wife of the then wealthy Mira who visited Bartleau's apartment. She wanted to own a more amazing building than Bartleau's apartment, so she went to find the famous architect Gaudi and asked him to design and build it. But the cost was much higher than that of Bartleau's construction, and the Millavians spent all their huge wealth with their husbands to pay off their debts, and in the end they had to sell a part of their house for the rest of their lives. After the completion of the project, the Milavians were not satisfied, and even had many years of lawsuits with Gaudi. But in Gaudi's mind, the Milla's House was the most perfect architectural design in his life. Since this happened, Gaudi was no longer willing to build a house for private design, so the Milla's House has become the last private house designed by Gaudi. Although Mira Apartment looks very strange inside and outside, like the alien, also known as its quarry, but many people still think that Mira Apartment is the most representative of modern architecture, but also the most original building, is one of the most important buildings in the twentieth century in the world. None of the buildings are right angles, which is also the greatest feature of Gaudi's works, because Gaudi believes that - "straight lines belong to human beings, while curves belong to God". 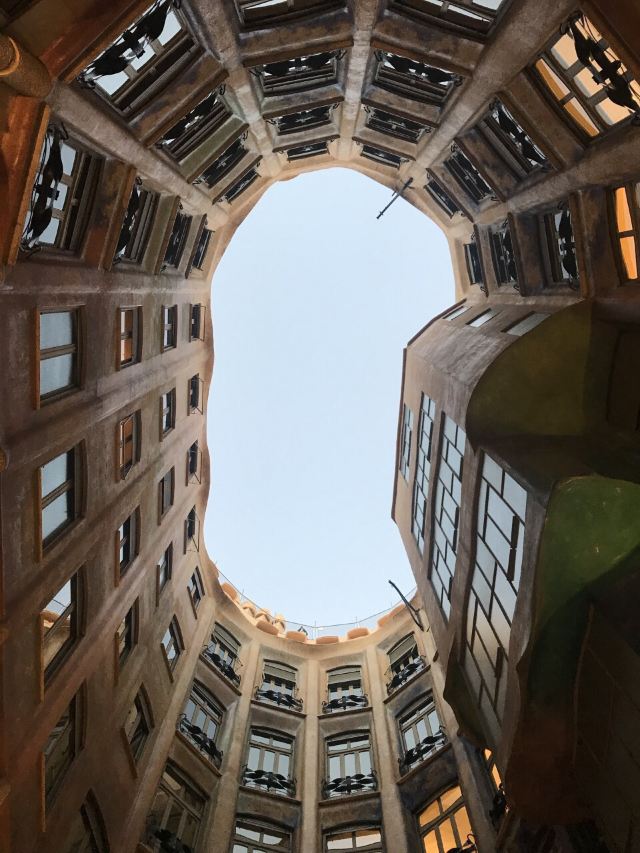 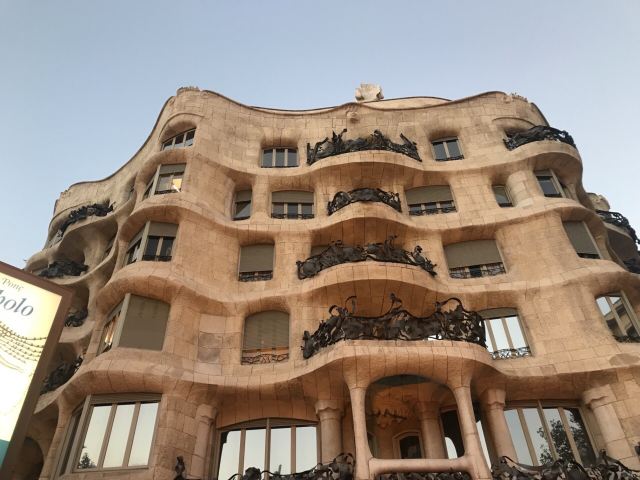 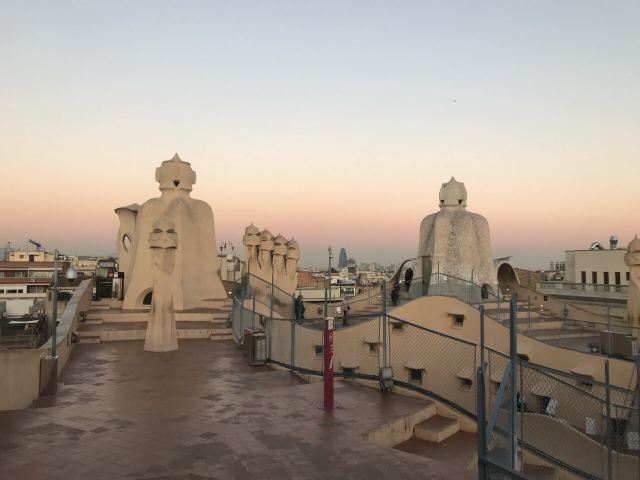 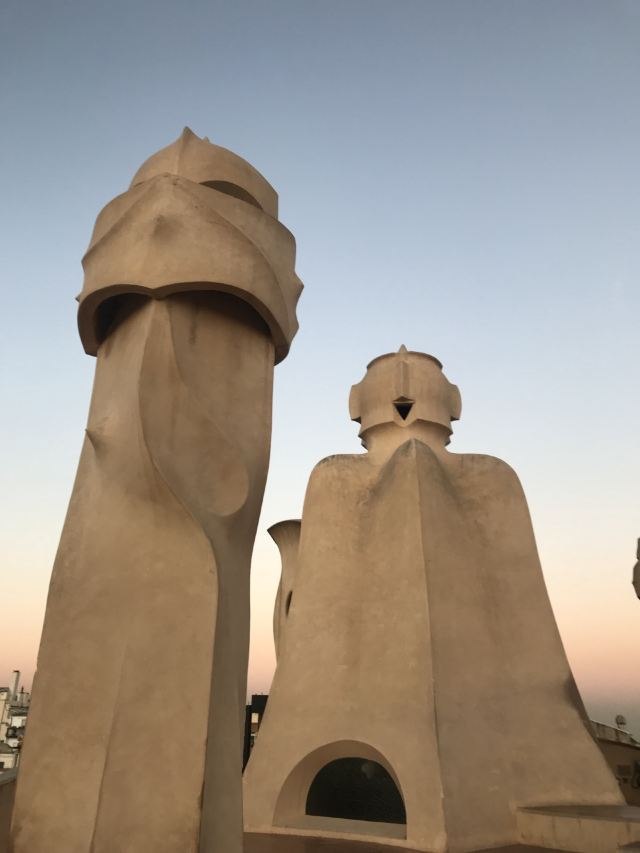 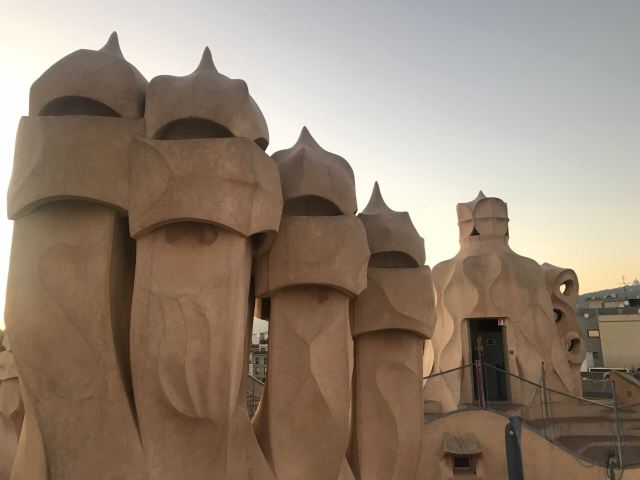 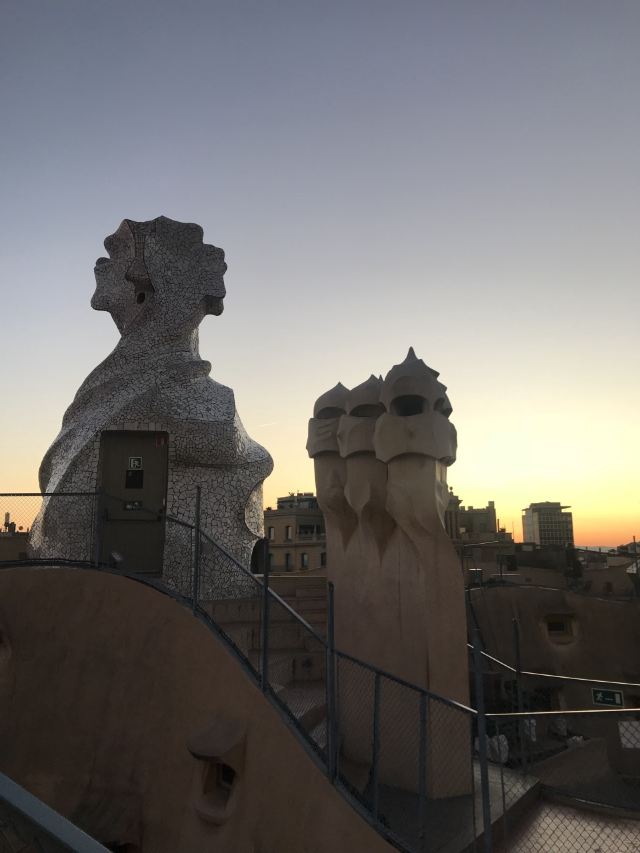 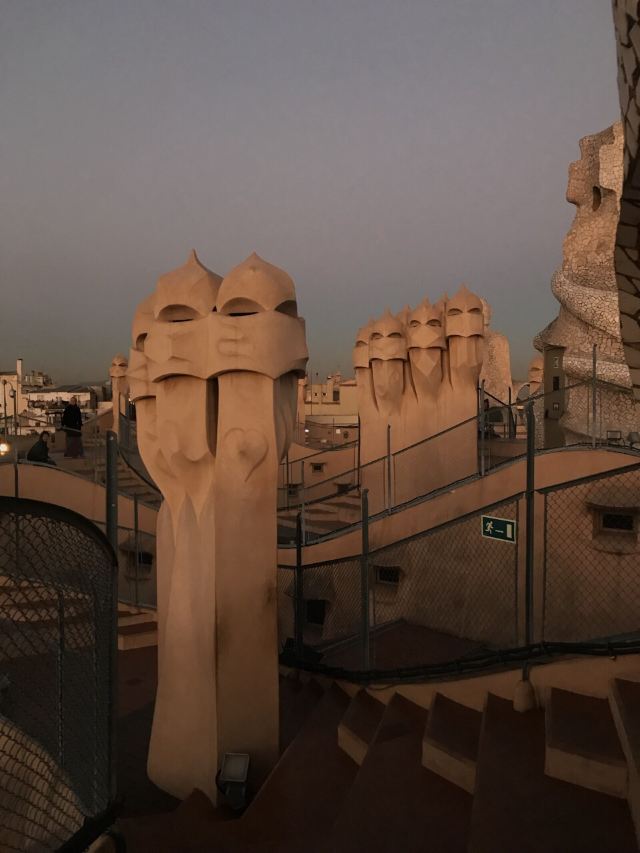 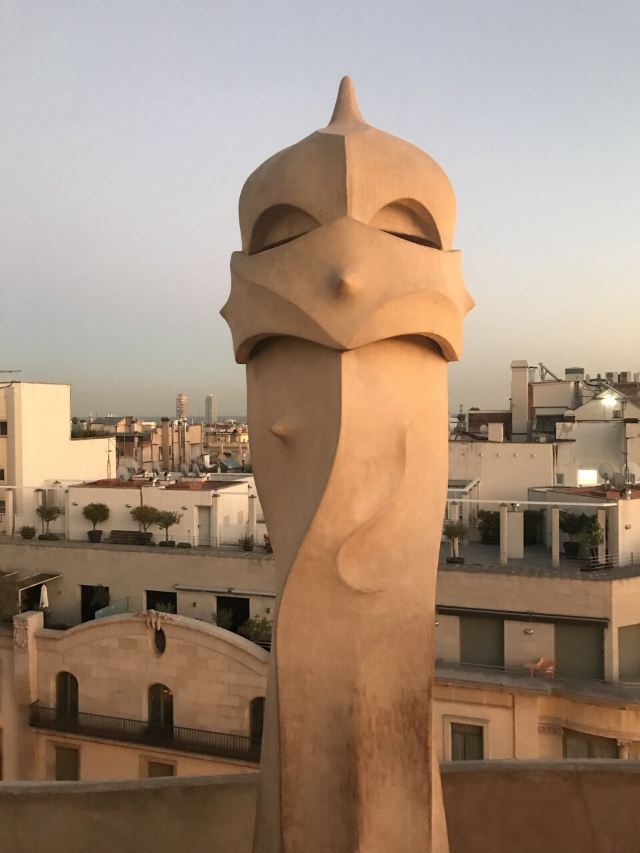 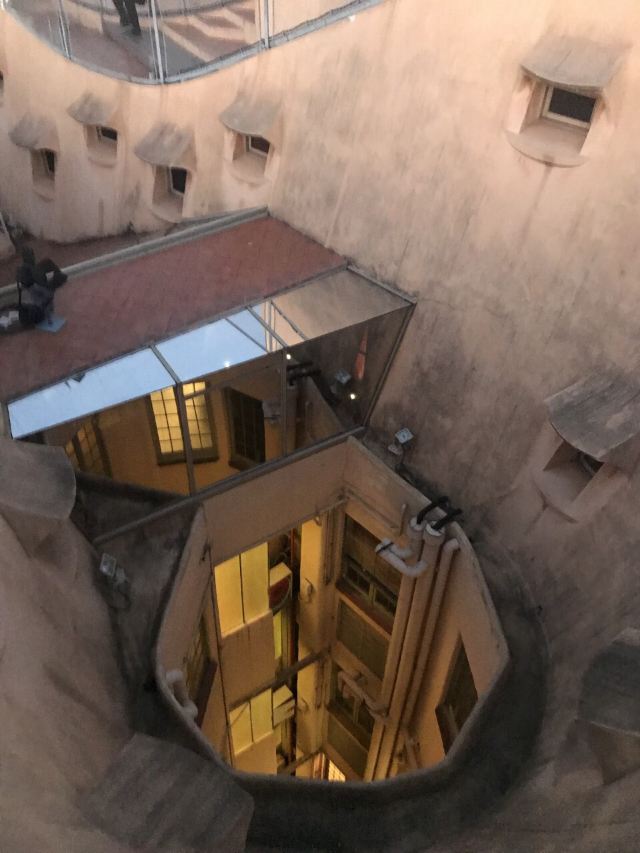 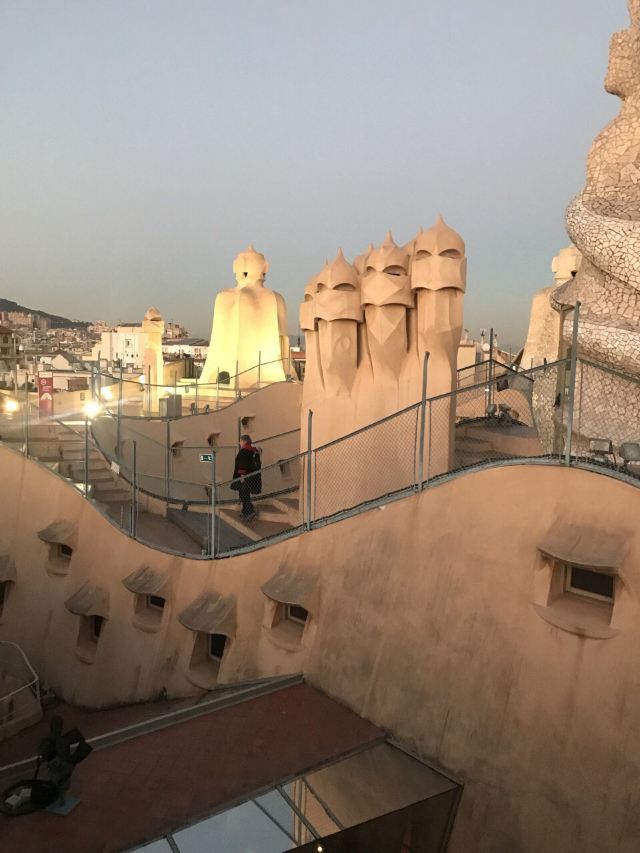 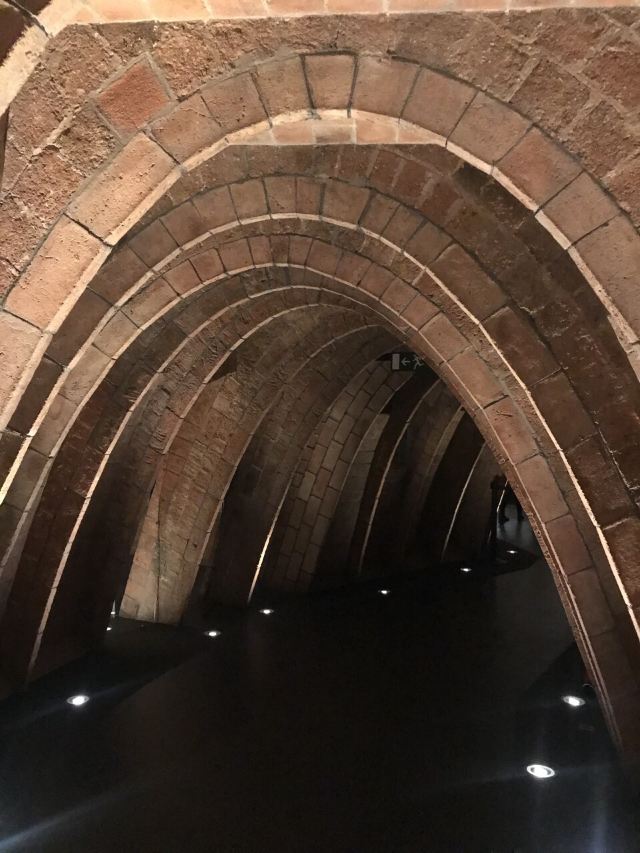 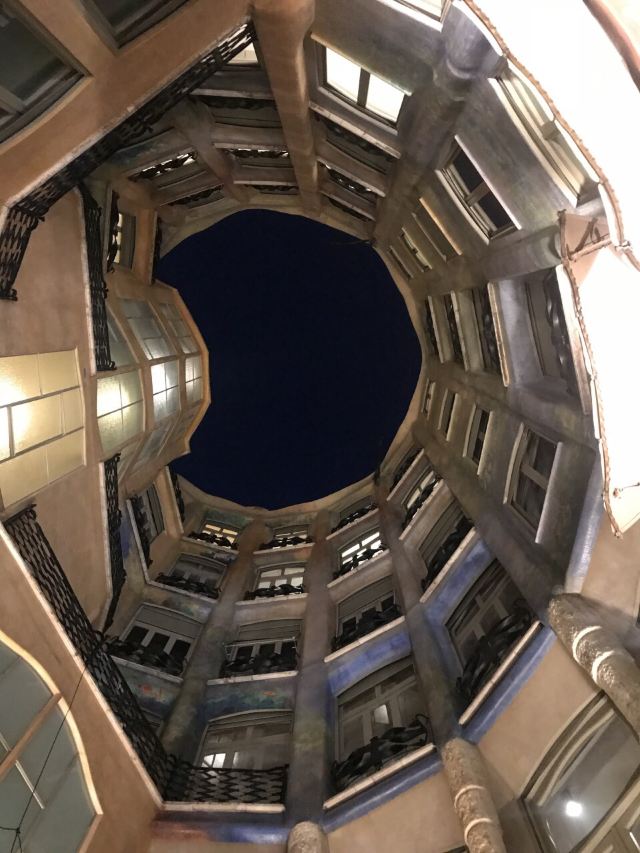 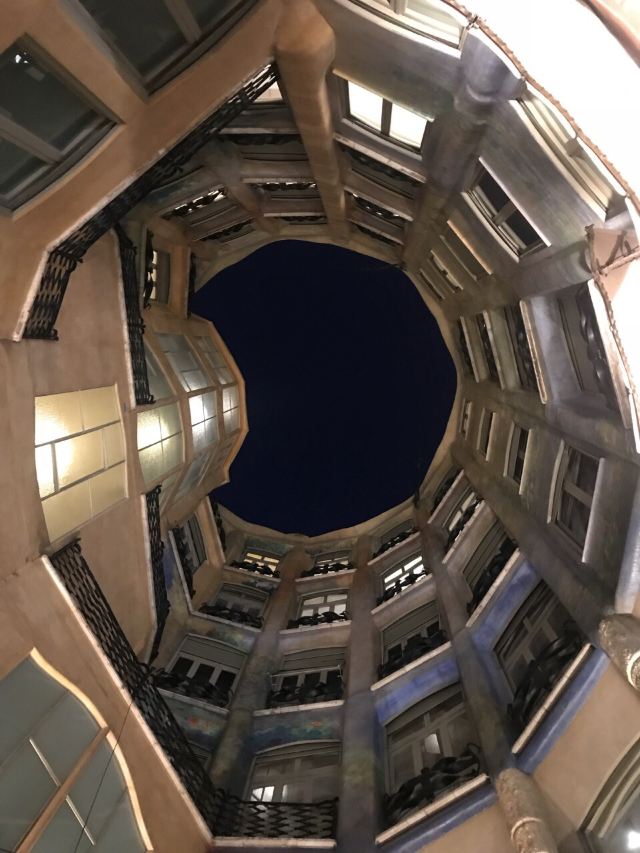 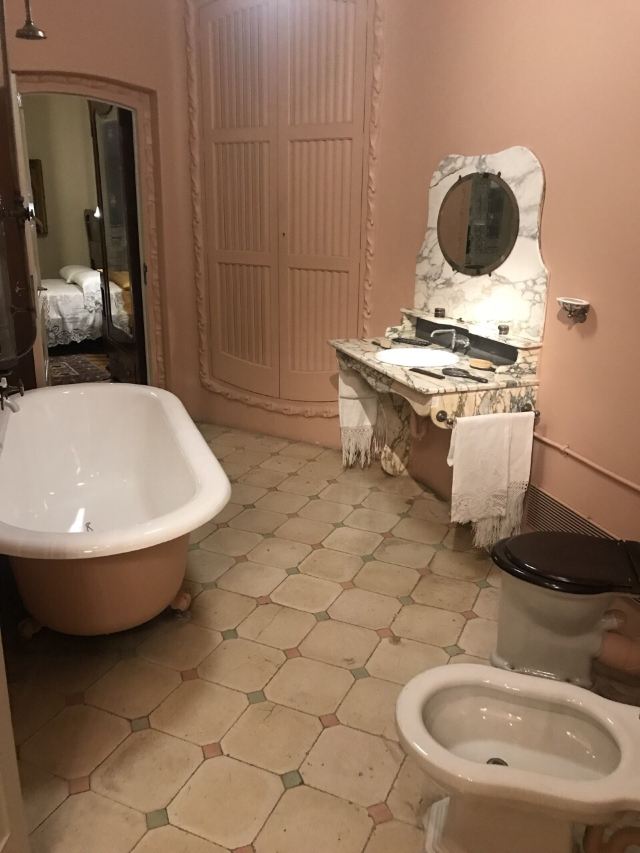 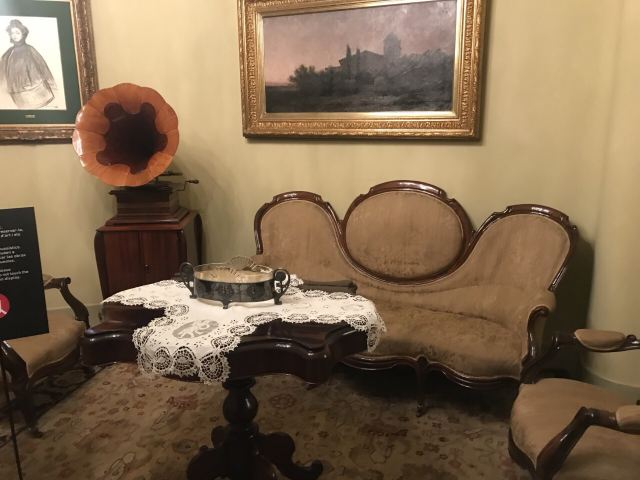 横竖是二温小迪
横竖是二温小迪
5/5
Reviewed on 27 Jan 2017
2
5/5
If Bartro and Mira choose one, I will choose Mira. Although the color of Bartleau is more vivid, but the internal space is too small, too many tourists, travel experience is not good. Mira has a lot of tourists, but it has a lot of space and doesn't seem crowded. Bartro is just Gaudi's renovated and redecorated building. Mira was built from the inside out by Gaudi. Although Gaudi and the owner disagree, Mira was finally taken over by Gaudi's assistant, but Mira devoted a lot of Gaudi's efforts, is Gaudi's late proud work. Mira's roof is the most distinctive feature of the building. It looks like a large chimney for visitors from other parts of the world. Mira's lighting is very good. When watching the documentary, one of the residents said that the sun lived in our building. It depends on Mila's two large patios. The inner wall of Mira patio is actually colorful, beautiful and low-key. In addition to the roof, Mira's interior design is also worth a close look. The roofs and lighting of each room have different styles. Inside the sculpture, balcony iron sculpture are from the master's hand. Every piece of furniture is made by Gaudi himself. It is said that when he designed it, Gaudi let the model sit naked on the chair in order to create the most ergonomic works. Tip: If you want to photograph an empty roof, you should line up before you open the door and rush straight to the top floor as soon as you open it. Mila's night and day tickets are very cost-effective, as long as 34 Euros, you can choose no date. A single day ticket costs 20.5 euros. There are also free drinks and snacks at night. Laser shows are worth watching.
徐团
徐团
5/5
Reviewed on 15 Feb 2017
2
5/5
Mira Apartment is a famous "disharmonious block" in downtown Barcelona. There are many strange apartment buildings in this block. One of them is the Mira House. It is one of the masterpieces of Antonio Gaudi. In 1984, Mira House was selected by UNESCO for its outstanding artistic and historical value as a World Heritage Site. The building was built between 1906 and 1910, when Mr. Milla, a wealthy man, asked Gaudi to design an apartment for him and his wife. Mira's house covers an area of 1323 square meters. There are six-storey houses, one-storey attic and one underground parking lot. In 1986, the Mira House was purchased by La Caixa de Catalunya Bank. Apart from the bank office area, other public areas are available for visitors to visit. The Mira House is also nicknamed the "quarry" and its most famous symbol is the chimney shaped by soldiers wearing helmet on irregular walls and platforms. The wavy appearance of this building is composed of white stone wall, balcony railings made of twisted iron bars and slabs, and wide windows. It is very dynamic and inspires people's infinite reverie. Barcelona's greatest pride is also the masterpiece of modernist gifted architect Gaudi, who has made this peninsula pearl more dazzling. Seven pieces of a person's works have been included in the world cultural heritage, which is also a unique miracle in the world. We only visited the appearance of Mira apartment, but also encountered a lot of rain, time is limited, can only take a few photos to escape the bus, of course, a little regrettable.
小米
小米
5/5
Reviewed on 19 Nov 2016
4
5/5
The Mira House is one of Gaudi's masterpieces. On the busy Barcelona block, at the end of Gracia Avenue. The white wavy exterior wall with curved iron bar railings has a very special shape. It used to be called Casa Mila, but ask La Pedrera for directions in Barcelona. Now the building is still a residential building in the area, only part of the visit is open, but you can still visit the room of Mrs. Milaf. The living room, dining room, kitchen and bedroom are very special, not luxurious but elegant, and the details are perfect. The top floor of the unique chimney terrace is a bright spot, we must go, slowly look, it is recommended to book tickets online in advance without waiting on site, and there are more concessions. Souvenir stores are not cheap, but it is suggested that the pure copper door handle designed by Gaudi for human body engineering should be considered, which is simple and textural. In addition, Mira's home has night and day venues, like architectural art and time permitting, you can consider watching both venues, and will never be disappointed.
野生皮卡丘吖
野生皮卡丘吖
5/5
Reviewed on 28 Apr 2017
2
5/5
The famous Gaudi works in the disharmonious neighborhood were not booked on the internet. We walked from the Bartro House for about 15 minutes. The whole building was very unique. It felt like a layer of waves, strange and beautiful. We bought the ticket elevator to the top floor. Fortunately, we saw the beautiful roof at sunset. Like a desert, smokestacks are solitary soldiers in the desert. I strongly recommend that partners check the sunset time and go to the ticket. One person must take a Chinese interpreter for about 20 Euros. Otherwise, if you look at the other things in vain, there are so many people introducing them, I won't say much about them. OK is worth going anyway.
Show More