Ho Chi Minh City Central Post Office was built in the late 19th century. The interior of the hall is magnificently decorated and the dome is full of classical flavor. The business counter is on both sides of the hall, and the ring benches, souvenir counters and long desks are in turn in the middle from outside to inside. A huge portrait of President Ho Chi Minh hangs in the middle of the wall at the end of the hall. There is a large hand-drawn map on the wall on both sides of the entrance door of the hall, which is said to have been drawn by French geographers. There are five telephone compartments in a row below the hand-drawn map, and a clock on the door of each compartment showing the time of major cities. Architectural features of the Central Post Office: dome, circular window, magnificent chandelier, wall lamp and pillar decoration. 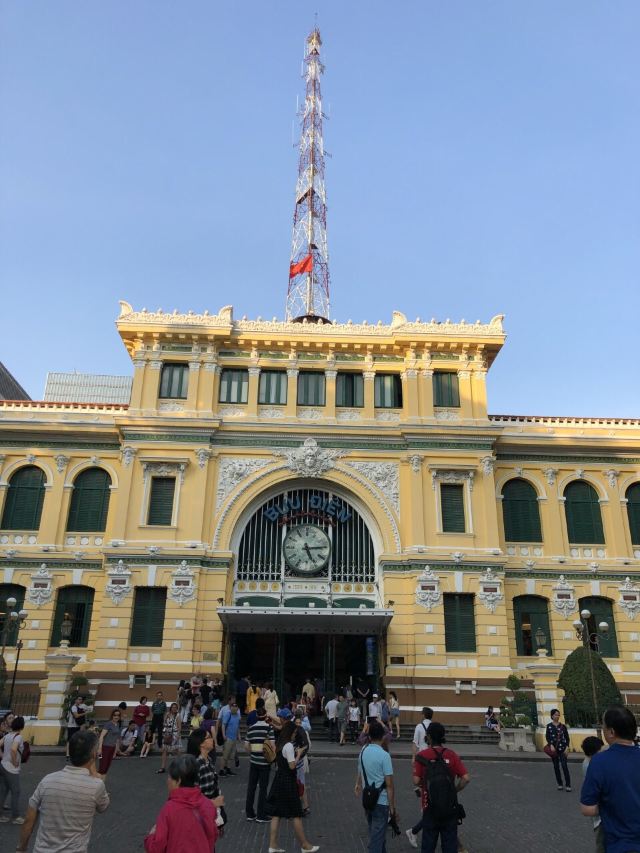 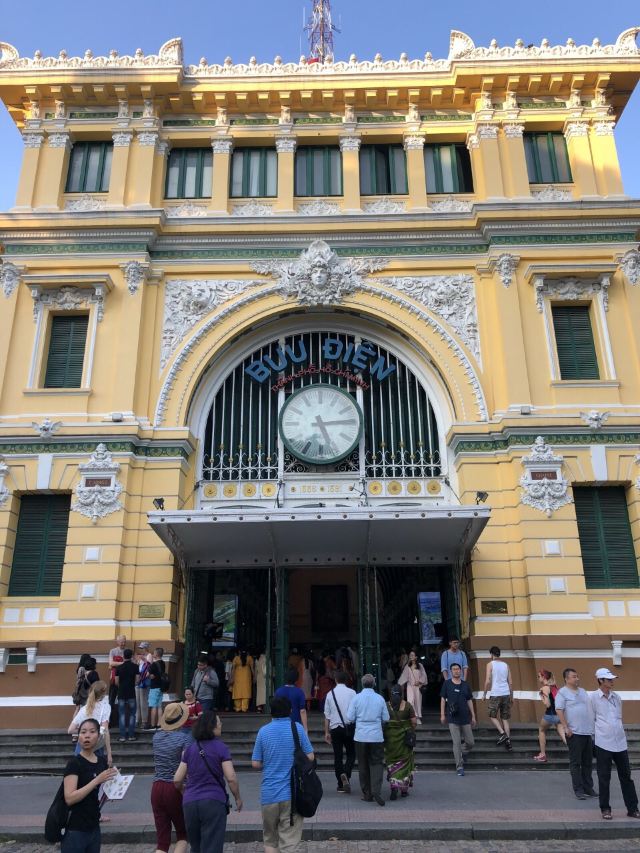 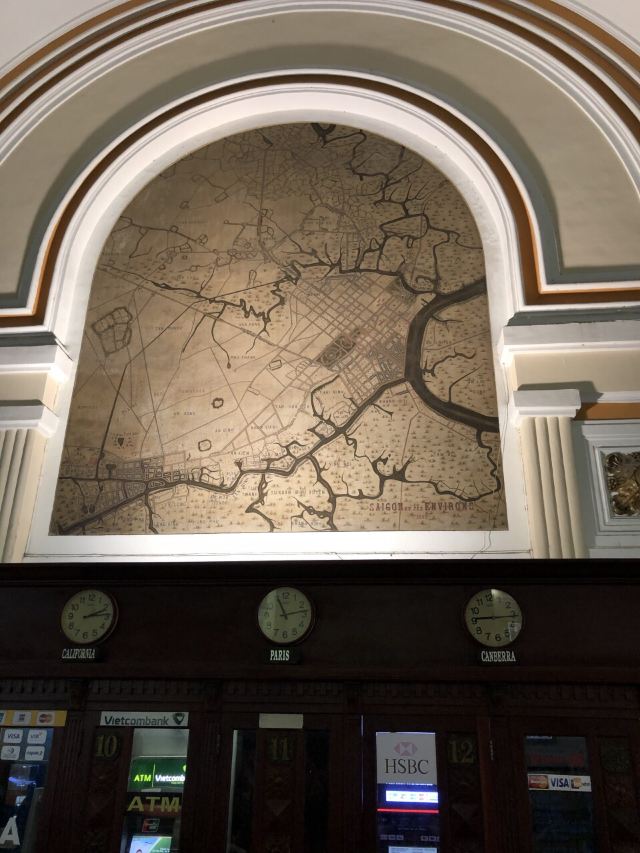 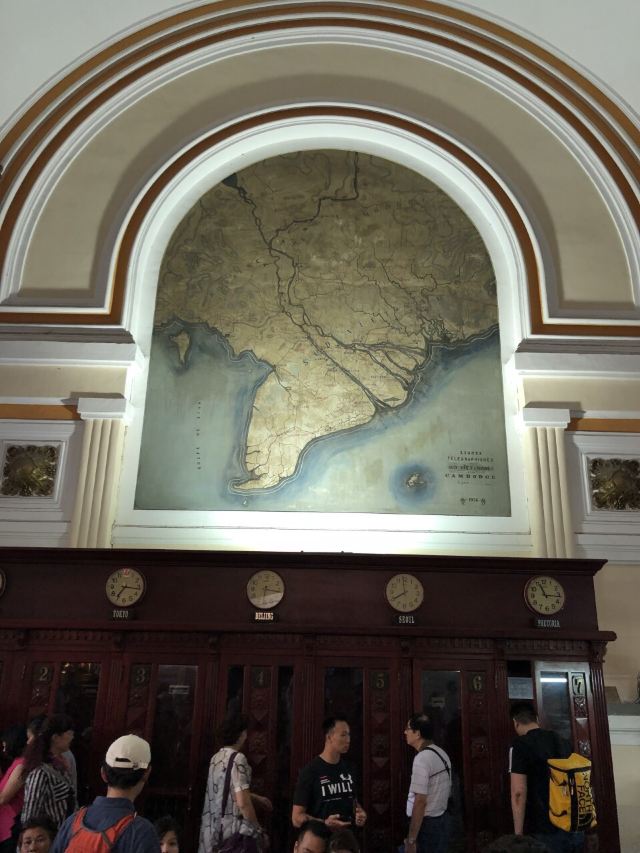 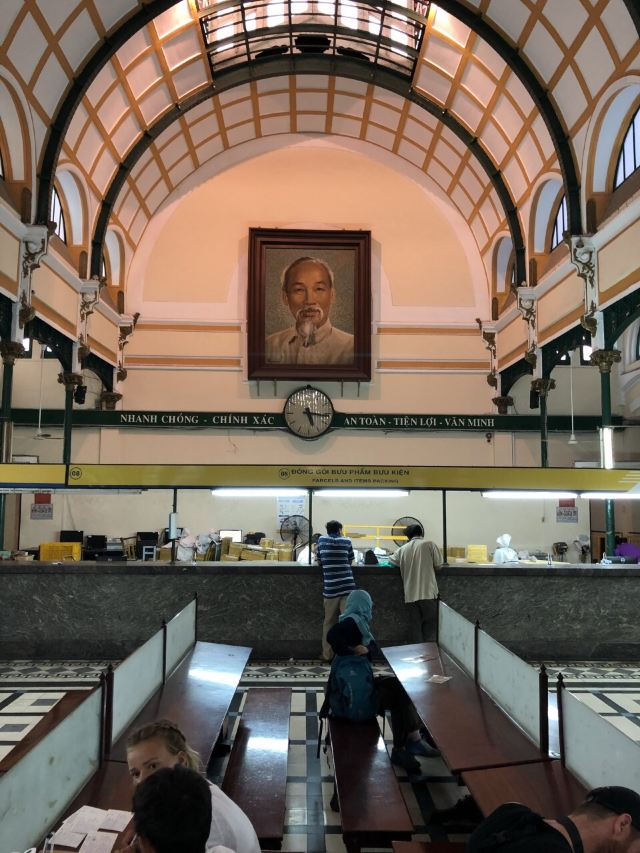 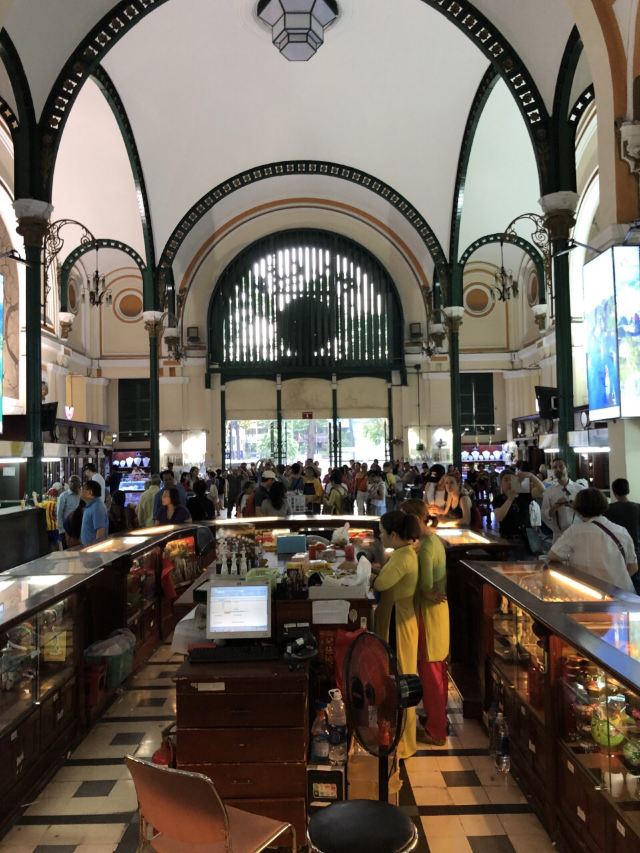 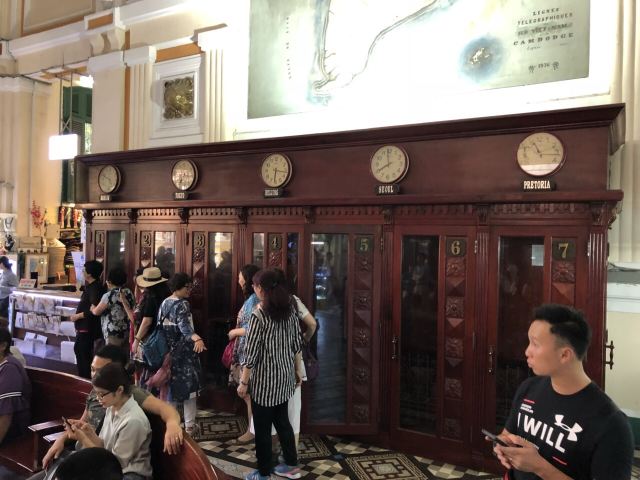 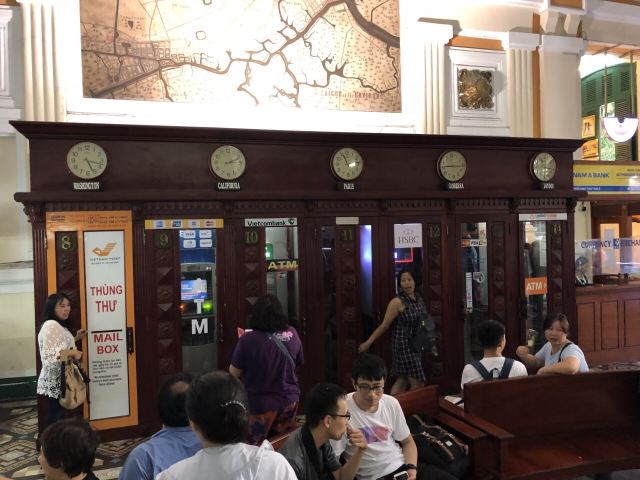 E56***84
E56***84
5/5
Reviewed on 16 Aug 2019
0
5/5
You can’t miss this place as it is adjacent to the famed Notra Dame Church in Ho Chi Minh City. Inside you’ll find local souvenirs for your friends back home. You can send it directly to them should you wish to send it quickly as the Central Post Office is in full operation.
Irina
Irina
5/5
Reviewed on 14 Feb 2020
0
5/5
Old post office building. A place where it is pleasant to be at any time. You are easily transported in time. An example of colonial architecture from the French colony. Phone cabins reminded me my childhood, when my mother and I used them to call our relatives from a Post office. There are also souvenir shops in the building, which are a bit cramped. The Post Office works as intended: you can buy and send postcards.
Irina
Irina
5/5
Reviewed on 26 Jan 2020
0
5/5
Very beautiful place, which reminds us of Vietnam's colonial past. It seems as if this place is frozen in time, but the brisk trade of various souvenirs inside will bring you back to the present. Now this place is a bit like a bazaar, although you can also send letters and postcards from here. The interior is decently authentic. For example, there are telephone booths. When I was a child we also had to use these:)
大头娘娘与灰太郎
大头娘娘与灰太郎
5/5
Reviewed on 25 Aug 2016
12
5/5
[Business hours] If you want to transfer to the Central Post Office, you should pay attention to the business hours, from 7:30 a.m. to 19:30 p.m. The Central Post Office of Ho Chi Minh City was built at the end of the nineteenth century. It was designed by French architects. The hall was decorated with gorgeous decoration and classical flavor. On both sides of the hall were business counters, and in the middle were circular benches from outside to inside. There was a map of Vietnam on both sides of the hall. It was said that it was hand-painted by French geographers at that time. The dome, circular window, magnificent chandelier and flower-shaped ceiling. Wall lamps, electric fans and so on, all permeate the style of Gothic architecture. The Central Post Office is still in use today, allowing people to take photos as much as they like, or to sit there and stare at everything in the hall. The telephone booth under the map can make international calls. The telephone booth is very beautiful and is a good place for taking photos. [Postcards] When you come to the post office, one of the most important things is to ask your friends and yourself to send a postcard, but worry about how to write the address? In fact, it is not necessary to translate Chinese addresses into English when sending letters abroad. You just write to XX CITY, CHINA (to XX City of China) on your head, and then write the address clearly in Chinese. Postcards should not be bought at the counter in the post office lobby, where they are almost all left over. You can buy them in advance or send them to the souvenir shop in the post office, where there are many beautiful films. The same price as in the lobby, 5000 VND/sheet, 11 000 VND/sheet for postage. If you want to save 0.5W postcards, there is a showcase for MISS VIETNAM perfume in the post office hall, where there are free postcards, though they are meant to promote their perfume series, but postcards are also beautiful, very distinctive, with a souvenir.
Show More