Capel Corridor Bridge is the symbol of Ryusen and the most famous tourist attraction. It was built in 1333 and is the oldest wooden bridge in Europe. It is also called "Church Bridge" and has a beautiful name "Flower Bridge". There are busy commercial streets at both ends of the bridge. Tourists flock to each other. Near the center of the bridge, there is an octagonal water tower. It used to be the place where trophies and jewelry were laid during the battle. It was also used as a prison and execution room for some time. Who could have imagined that such a beautiful corridor bridge had been hit by a fire on August 17, 1993, which almost destroyed the wooden bridge, leaving only the water tower unspoiled. It was rebuilt by Swiss craftsmen, and the wooden bridge was almost completely recreated on the surface of the lake. All the details of the rebuilding are restored according to documents and other records, including the paintings on the inner wall of the bridge roof. 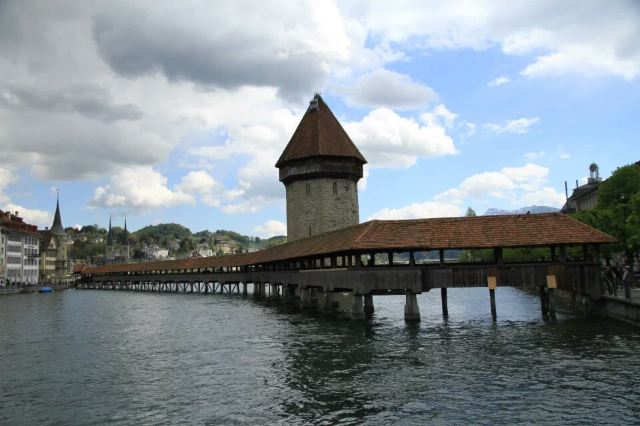 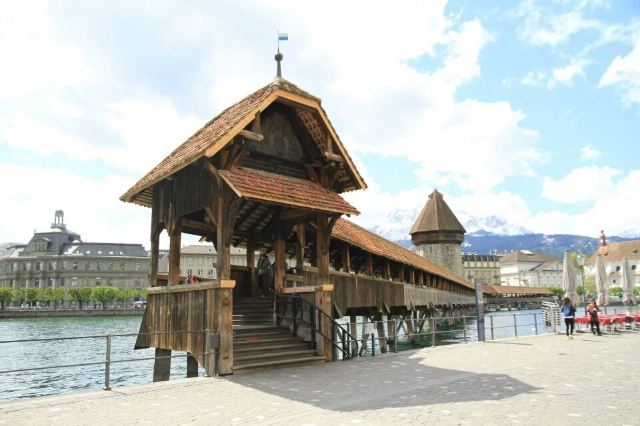 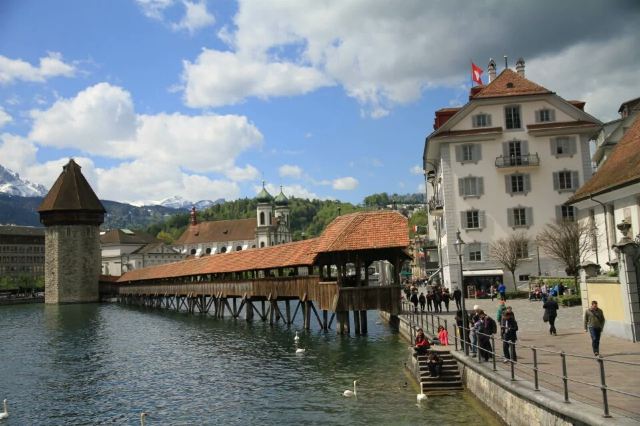 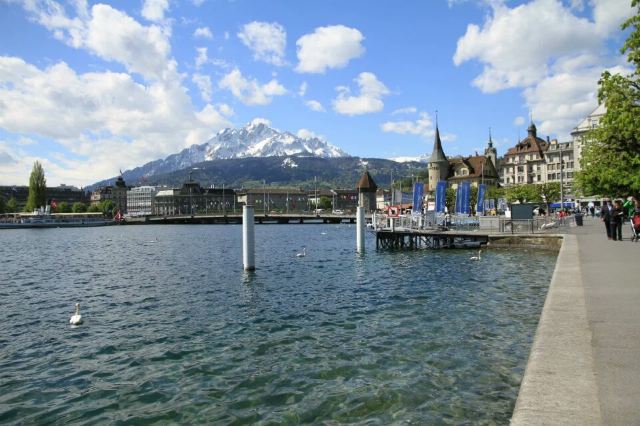 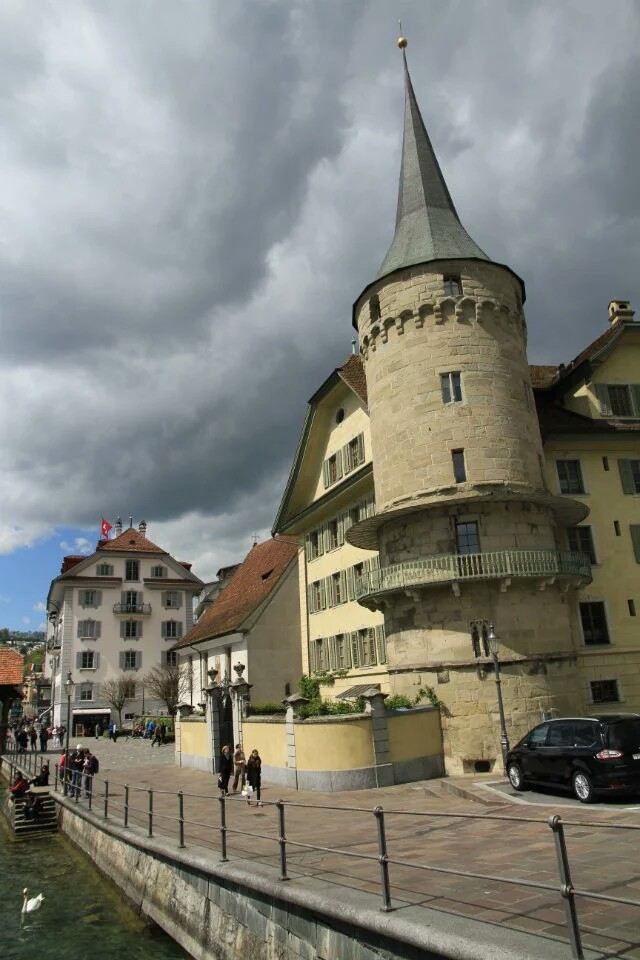 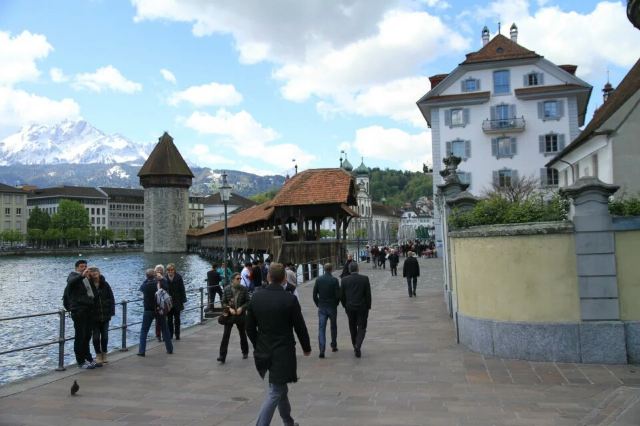 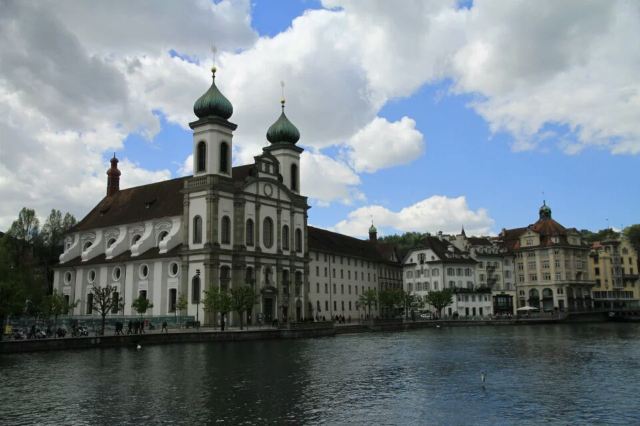 邵红升的旅行日记
邵红升的旅行日记
5/5
Reviewed on 19 Jan 2018
7
5/5
The Capel Bridge, commonly known as the Corridor Bridge, was built in the early 14th century as part of the city's defensive fortifications. In the 17th century, paintings were added under the eaves of the bridge to depict local historical events in Switzerland and Lucerne, including the biographies of Leodegar and Mauritius, the city's patron saints. There is an octagonal stone tower at the turning point of the bridge. The tower, more than 34 meters in height, was built around 1300 years ago. It was originally part of the city wall and used as an archive, treasury, prison and interrogation room.
银沐helen
银沐helen
5/5
Reviewed on 17 Jul 2017
2
5/5
Capel Corridor Bridge and Octagonal Water Tower are located in Kapellbr 252; cke, 6002 Luzern. Entering Ryusen, Switzerland, is like entering a beautiful dream. The earliest wooden bridge in Europe with a history of nearly 700 years, the Campbell Corridor Bridge, such as the Rainbow Sleeping Wave, spans the Royce River. About 200 meters long, the bridge is decorated with beautiful flower bonsai on both sides. Under the roof of the triangle, there are ancient paintings of the triangle, which depict the life of the sage who guarded Ryusen. There is an octagonal tower near the south of the wooden bridge. It is said that both the bridge and the central tower of the bridge were part of the city wall of that year. The tower is a military looking-out building. The solid tower is permeated with profound historical vicissitudes. Capel Corridor Bridge and Octagonal Tower are the landmark buildings of Ryusen and Switzerland. They are found on postcards in Switzerland.
徐团
徐团
5/5
Reviewed on 28 Aug 2017
2
5/5
The wooden corridor bridge, about 200 meters long, was built in 1333 and spans the Royce River. The wooden bridge and the octagonal water tower beside the bridge were part of the city's water defense works. There are 110 triangular paintings on the beams under the veranda, on which Heinrich Bergman depicts the life of the saint who guarded Lucerne. Water towers are outposts to monitor foreign invasion, which are used as warehouses and interrogation rooms for loot. Capel Corridor Bridge and Octagonal Tower are the landmarks of Lucerne and Switzerland. In the daytime, there are delicate flowers on the railings; in the evening, the corridors and water towers are very romantic in the light of colorful lights. This is an important scenic spot in Ryusen. Tourists will come to visit it. We walked across the gallery bridge and visited the appearance of the octagonal water tower.
juki235
juki235
5/5
Reviewed on 5 Mar 2017
7
5/5
Capel Gallery Bridge is a must-see tourist attraction in Lucerne. It is the oldest wooden bridge in Europe. It is very beautiful. The gallery bridge is full of flowers. The gallery bridge is engraved with flowers. The painting describes the history of Lucerne and the Swiss Confederation. Every day on the bridge, tourists are bustling and very busy.
Show More