Today, March 3, Saturday, the weather in Hangzhou is very good. After lunch, we are going on a walk-on trip to Lingyin Temple to pray for the New Year. In the afternoon, we took bus 180 and went back to Lingyin Monastery. We walked along Lingyin Monastery until Lingyin Feilaifeng. After 1.5 kilometers, we came to Brush Hangzhou Municipal People's Card. We saw the statue on the cliff. One line of day, Big Belly Miller Buddha climbed up and down the side of the mountain and lake, and climbed to the top of the peak. Four big characters on the top of the peak were flying to the top of the peak. Pictures can be taken with any combination. After that, we went to Lingyin Temple to buy tickets. If the citizens had opened the temple card, they could enter it free of charge. (Visitors can contact me with the card.) Cash purchase is 30 yuan for one person to provide three incense free of charge in the temple. In Daxiong Palace, we sincerely prayed to the four sides for a safe and healthy new year. Everything went smoothly. In prosperous years, we became rich and bravely climbed the peak. The Great Hall of Majesty is dedicated to Sakyamuni Buddha. It is magnificent and solemn. Many people here pray to the Buddha for blessings. There is Buddha's Dharma protection around one week. On the back is Guanyin Cihang. Entering the back hill is the Pharmacist's Hall, where we pray for the elimination of all diseases and disasters and for the well-being of our families. Back is a Lingyin Temple Exhibition Hall, where the Indian Yunyou Master Huili founded Lingyin Temple, and Lingyin Temple prevailed in the Eastern Jin Dynasty and Qian Miao of Wu and Yue Kingdom respected and promoted Buddhism. In its heyday, there were 3000 temples in the temple, and the Tibetan Sutras under Leifeng Pagoda were also treasured in the museum. The Buddhist sutras like Ruopolomi were written by the famous calligrapher Changgong, with neat characters and a great magic weapon of Lingyin the temple. It's worth a close look. It's a priceless treasure. There's also a magnificent scene of the Sakyamuni Temple carved from jade from Africa. It's exquisite and classic. Here you can feel the power of faith! At 4 p.m. on the way down the mountain, drums sounded inside the Daxiong Palace. The prayer activities began. The monks read the Ring Yan Sutra. In front of the Daxiong Palace, Miller Buddha was worshipped. The Side Hall was a statue of 500 Arhats and Guanyin Buddha. The sculpture was lifelike and exquisite. It was a treasure of thousands of years'cultural heritage. It's worth seeing. Anyway, if you need to play, you can contact me. 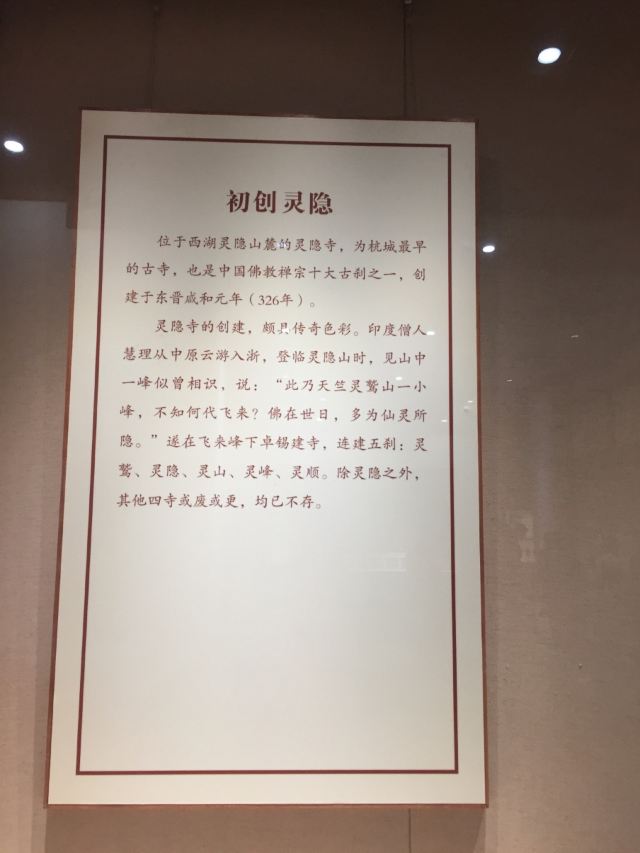 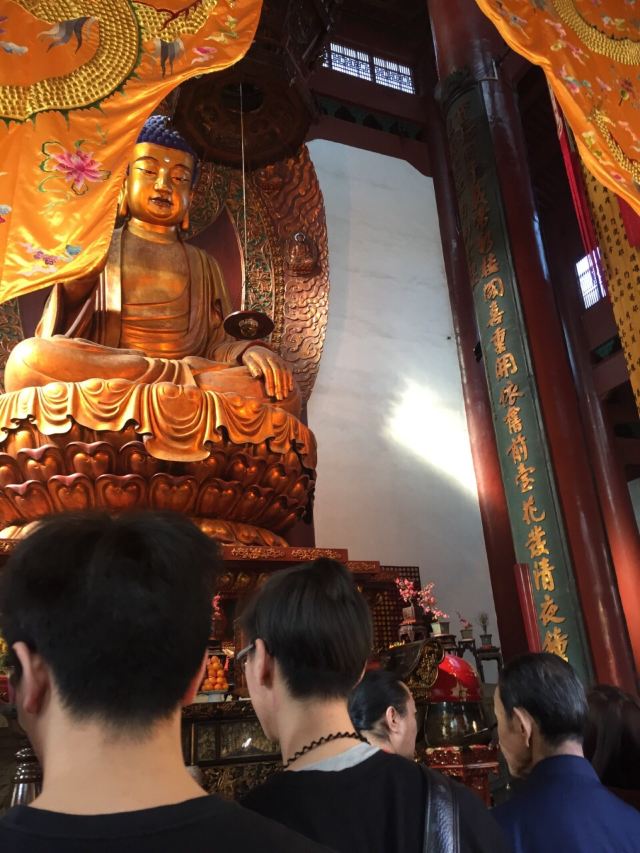 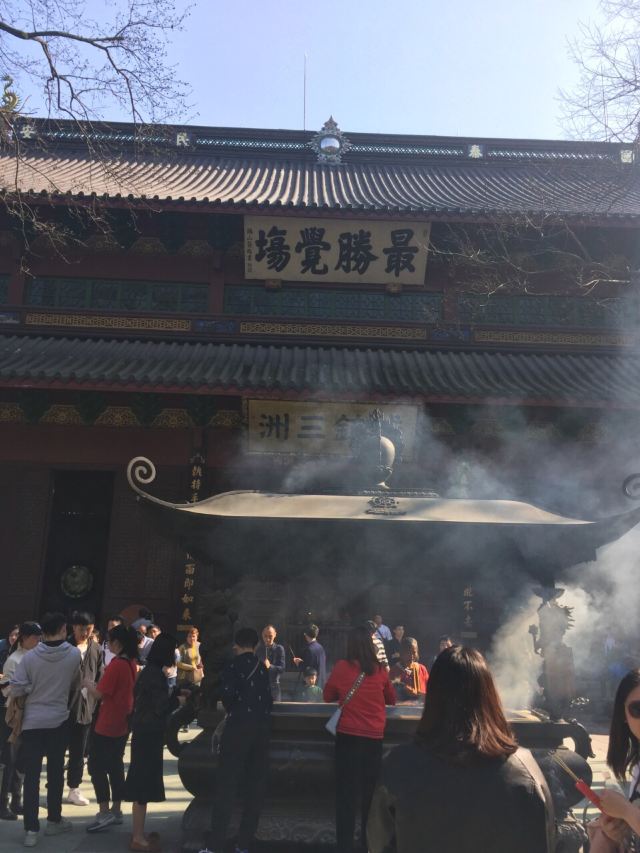 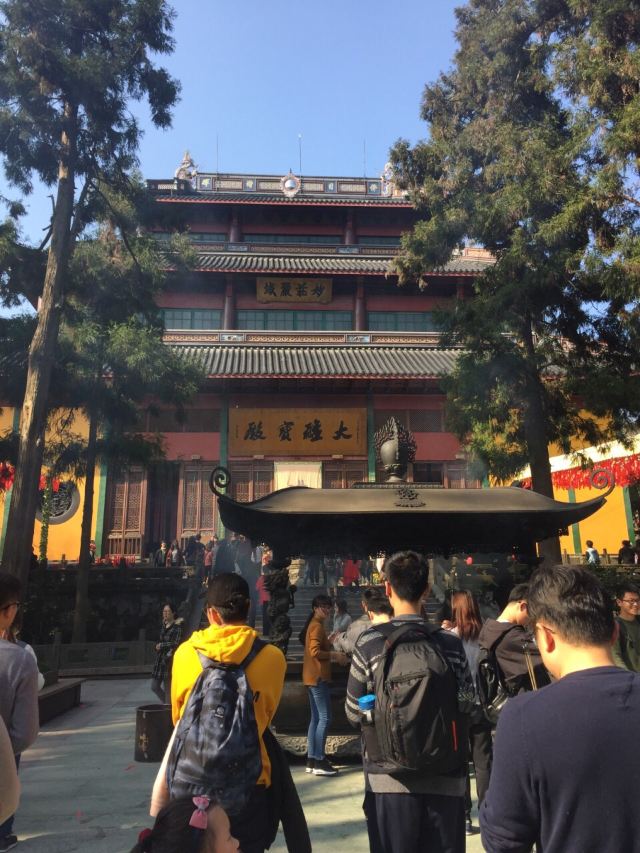 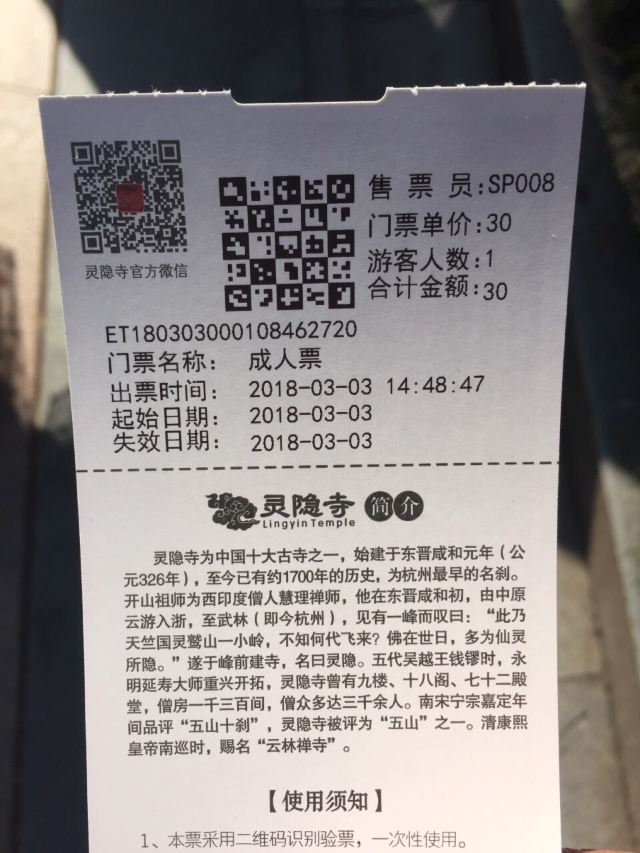 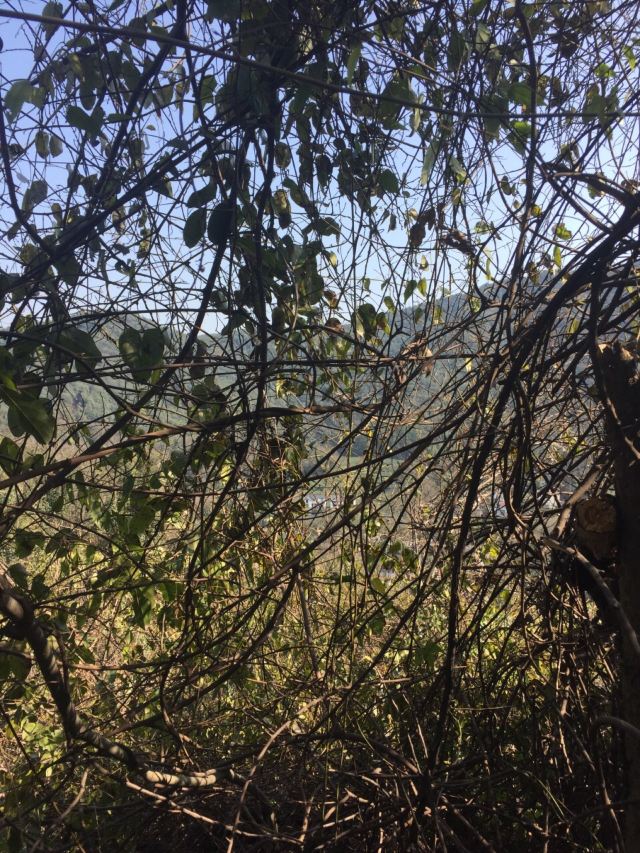 Toilet
Toilet
5/5
Reviewed on 27 Nov 2017
15
5/5
The Lingyin Temple, which is coming to Jigong, needs to buy tickets together with Feilaifeng, because Lingyin Temple is built in Feilaifeng, but it's okay. The student ticket is only 22.5. Tourists and pilgrims come here every day, so there are self-help ticket machines. After entering the gate of Lingyin Temple, we can see a Lingyin stone tablet. Through the Chunsong Pavilion, the Buddha statues and stone carvings of Feilaifeng can be carved on the stone walls to experience the attainments of Buddhist art. Considering the large number of people in Lingyin Temple, we visited several caves, such as Longhong Cave and Yurudong Cave, and then went back to Lingyin Temple. Lingyin Temple's Daxiong Palace is surrounded by 500 Luohan Hall, Tibetan Sutra Building, Jigong Court, Pharmacist Hall and other buildings. After that, the road directly to the north peak arrived at Fayun Ancient Village, Yongfu Zen Temple, Puyuanjing Temple, Jialing Seminar, Guxiang Zen Temple, Taoguang Temple and so on. The north peak did not go up again. Then the tour returned, passing the Cuiwei Pavilion for a little rest. When I returned to Lingyin Temple, I bought a cup of Lingyin specialty tea, about 25 yuan, not much cup. The fragrance of tea still reveals the Buddha's flavor.
海布里岁月
海布里岁月
5/5
Reviewed on 11 Aug 2018
27
5/5
The general plan of Lingyin Temple is to form five layers along the central axis: Tianwangdian Hall - Daxiong Palace - Pharmacist Hall - Tibetan Jinglou (under Fatang) - Huayan Hall. At the same time, we have built five hundred Rohan Hall, Daoji Hall (now known as Jigong Hall), Liuhe Hall, Zutang Hall, Dabei Pavilion and Longgong Hall (collection display); and rebuilt five hundred Rohan Hall at the former Rohan Hall site, displaying five hundred bronze Rohan halls with an average height of 1.7 meters, and built four other famous mountain bronze halls (listed as Guinness records) in the center of the hall. The area is about 87,000 square meters. In addition, every temple has a spacious platform to beautify the ancient temple environment. In order to commemorate the early Qing Dynasty's success in revitalizing Lingyin, a large-scale wall of the Heart Sutra and 100 lions sculptures were built successively, and Xianquan Spring was built in the northwest of the Hall of Five Hundred Arhats.
凤凰涅槃
凤凰涅槃
5/5
Reviewed on 25 Sep 2016
15
5/5
In Lingyin Scenic Area, there are many people and more people on holidays. No. 7 bus terminal. Lingyin Scenic Area: Lingyin Temple, Feilaifeng, Yongfu Temple and Taoguang Temple. It takes a whole day to play. Feilaifeng part mainly looks at stone carvings, the age is very far away, the original remains, it is not easy to retain up to now. Friendship reminder: Bus No. 7 is mostly crowded, so you can do other car guide to the city, and then back up. For example, you can also reverse to Hangzhou East Railway Station, which is much less than the number of people on No. 7 (I don't know why they are crowded on No. 7, the herd effect).
AnnaTi_-海
AnnaTi_-海
5/5
Reviewed on 23 Aug 2018
1
5/5
The scenery is very good. The Buddha statue has a very long history. It lasts for nearly a thousand years. It is worth visiting and learning about ancient civilization, religion and history. However, it is especially hoped that the management of scenic spots will be strengthened. The first is road sign guidance, and the second is to strengthen drainage and many safety roadblocks. After arriving at Lingyin Station by bus, we did not see the obvious sign of entrance and ticket location of scenic spots. We asked the passers-by to know that after walking up to Lingyin Station, we saw a lot of shops, which were in a mess. The sign was not obvious. After buying the ticket, we did not know where to enter the FeiLaofeng scenic spot. Among them, we saw that the two signs were vaguely marked, and the sign pointed at a little unclear, or even unclear. Contradictions. There are at least three routes from Feilai Peak to the top of the mountain, without any detailed signs. Because it rained all night before we arrived, we didn't want to go up the mountain. Later, we took photos on a small bridge. After passing the Duobao Heavenly King statue, we turned right. The key point was that the water on the stone road was very thick, with sand and moss, it was very wet and slippery. We didn't want to go up the mountain with a little friend. We didn't expect to encounter such a difficult road. DANGER. Up to the top of the mountain, there is no scenery except a few stones and old vines. There are three ways down the mountain from the peak. Asked the water salesman at the peak, he knew that one of them had little water but was rugged. The other two had too much water. He had to go down the rugged mountain road and walk more and more gloomy. Fortunately, I met a few good-hearted young men to help us talk the way. Thank you for that. The stream flow is very big and fast. Some visitors, regardless of going to the edge of the rapids to wash their hands and feet, do not lack children and old people. They really pinch a sweat. It can be seen that a small brand-like roadblock on the ground is useless. We hope that the scenic spot will install at least one meter and two high roadblocks fixed on the roadbed to avoid future dangers. I hope these stone statues will be well preserved and handed down.
Show More