Preah Khan's father temple, Brikan Temple, is an important temple built in the 12th century in memory of his father by Jayavarman VII. It is said that the city of Angkor was under construction at that time. It became the temporary residence of the king, where he worshipped and studied. According to legend, Jeba-mo II gave his heir a holy sword, hence his name. There is also a saying that in memory of the soldiers who contributed to the country's war, they worshipped the sword they fought with here. The image of the sacred sword has long been stolen and destroyed. On both sides of these doors were carved a general with a sword, and on the other side were carved his beautiful wife. According to Amu, the driver who drove us, their family's money is managed by their wife, and they will live with their daughter in the future. This kind of inheritance is really good. This two-storey building of the Saint Sword Temple must be visited. Legend has it that this house is the Tibetan Sutra Cabinet, and because the king once worked here, it was supposed to be used to store important national documents. The emphasis is on its circular pillars, which are absolutely European architectural style. It can be seen that the founders of Angkor civilization absorbed other countries'civilizations and used them in architecture. Best point for Portrait Photography - "How about taking a picture with this two-storey building? 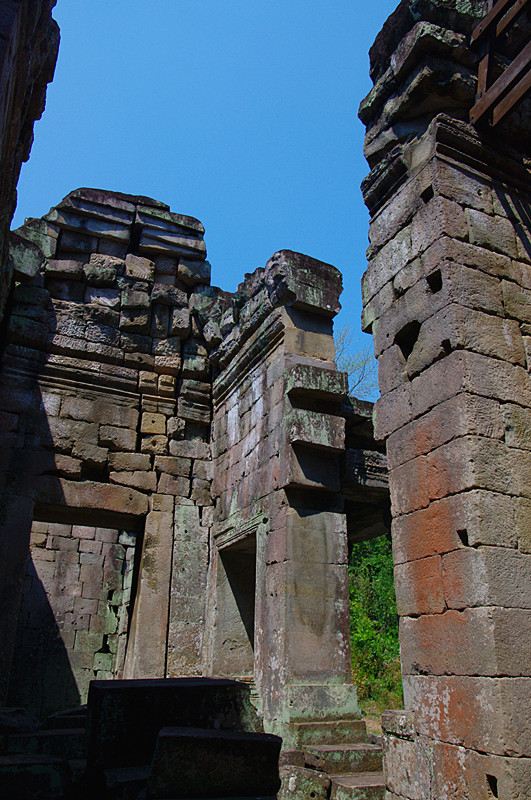 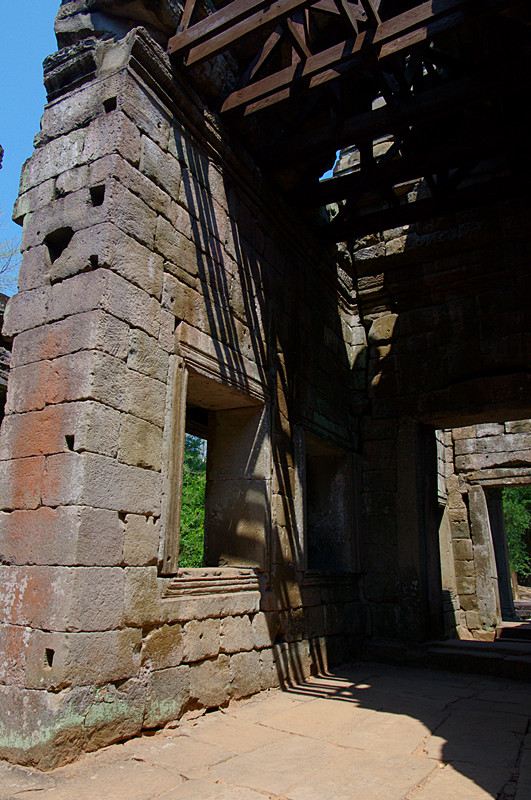 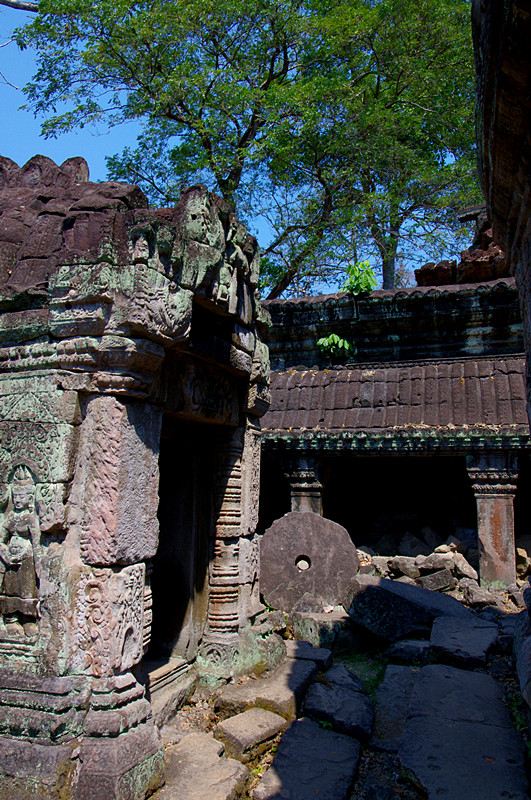 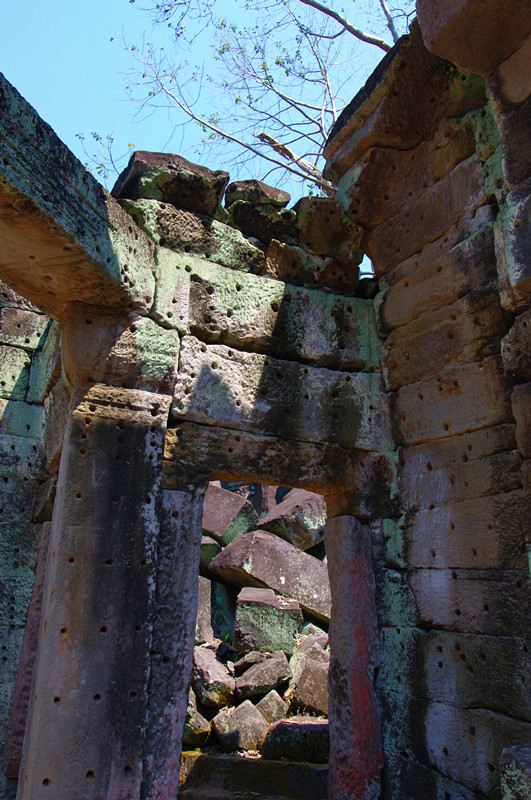 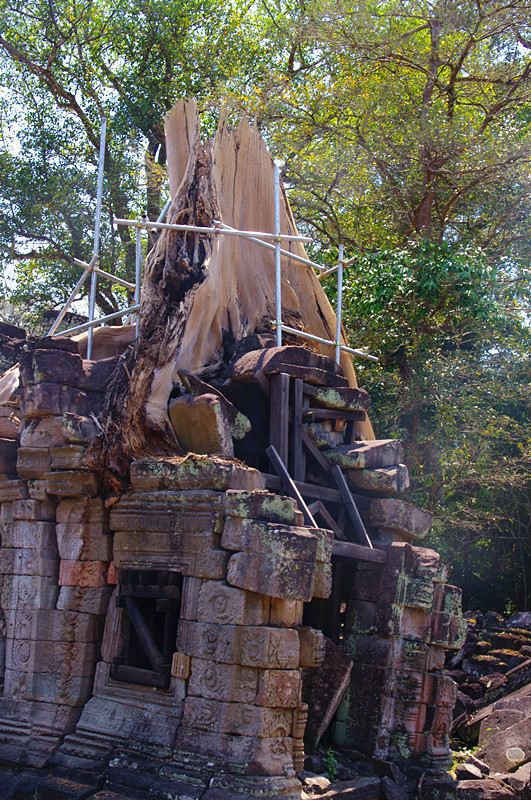 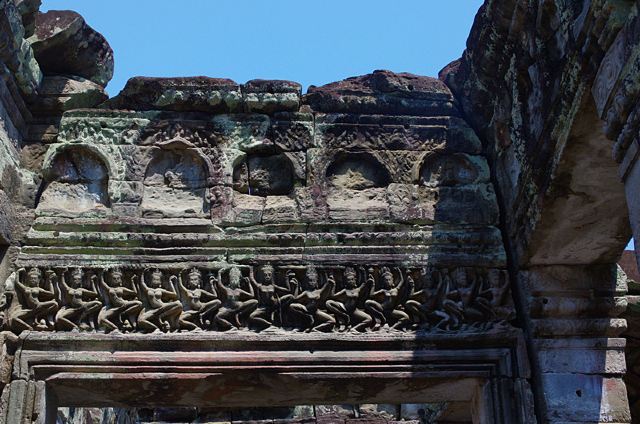 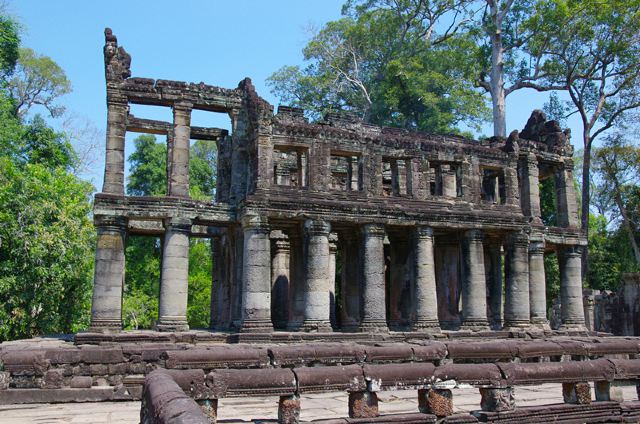 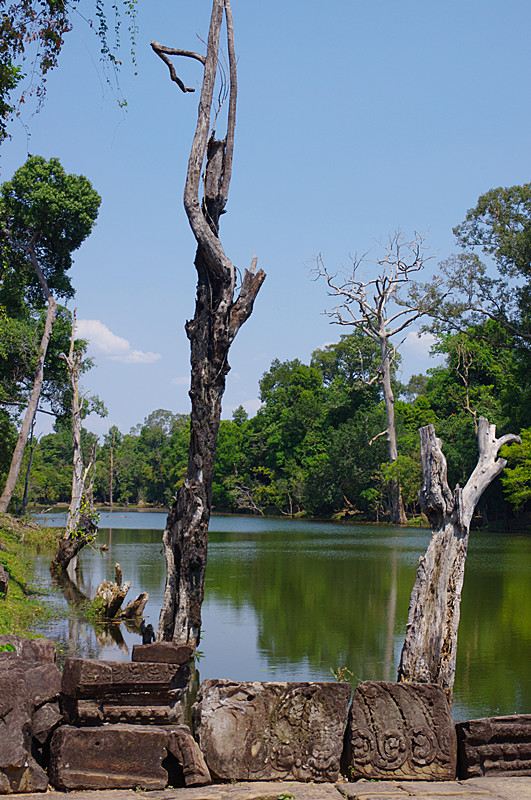 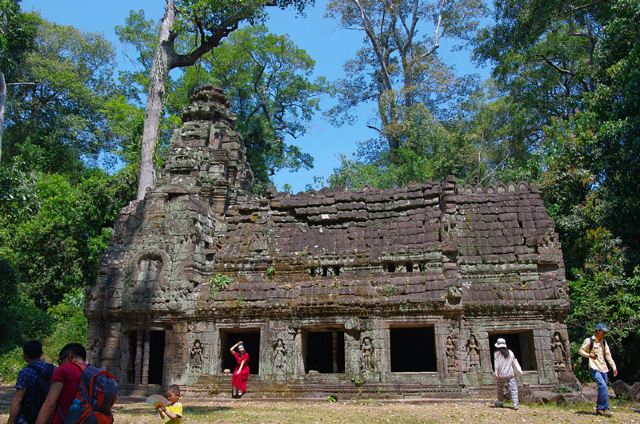 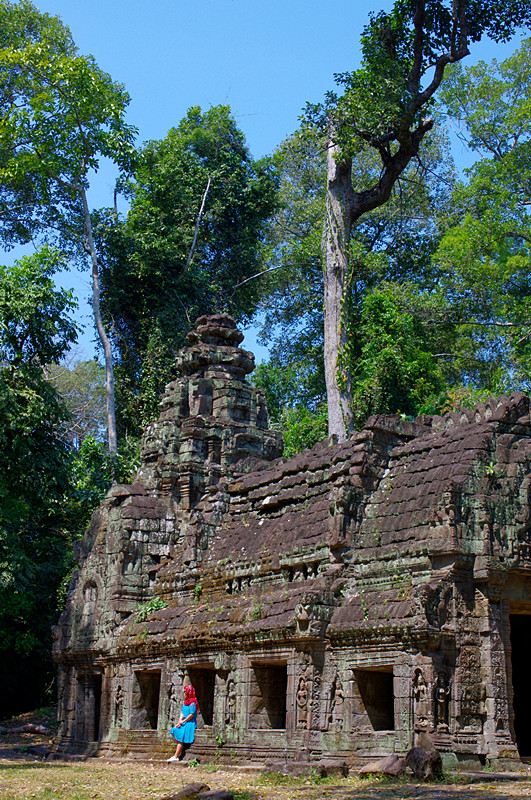