We took the subway from Milan Cathedral to Sfordsko Castle two stops away. This is an ancient castle which has a history of more than 700 years. It still has momentum after being repaired. In the gate tower, a man dressed up as an ancient Egyptian costume is exhibiting body art motionlessly. Such scenes are often seen all over Europe, which is quite interesting. There are also many exhibitions in the castle. Because of the time, we went through the castle directly, and felt the magnificence and charm of the castle's appearance with our visual field. Behind the castle is a beautiful park where many citizens bask in the sun on the grass. We also crossed the Mermaid Bridge and took a rest on the bench under the shade of the tree. Behind the vast green space is a triumphal arch of Chinese white jade. It used to be thought that the triumphal arch was only a famous scenic spot. After traveling to Europe, it was felt that the triumphal arch could be seen everywhere, but the history they witnessed was different. 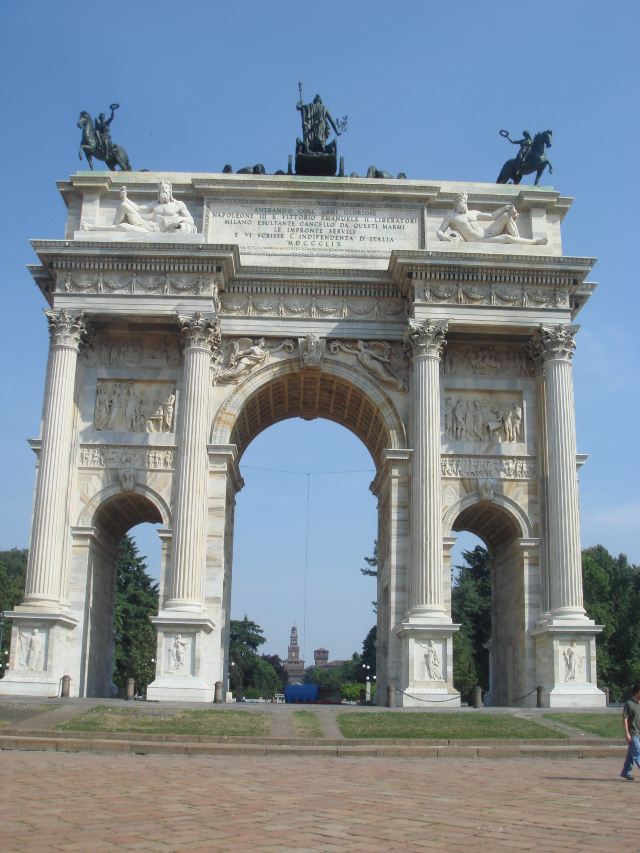 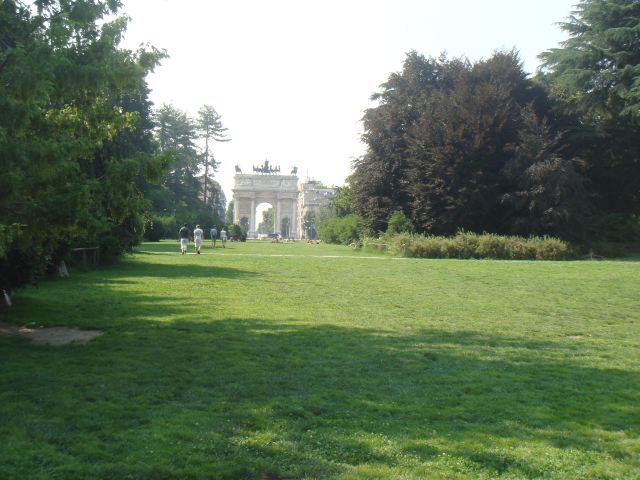 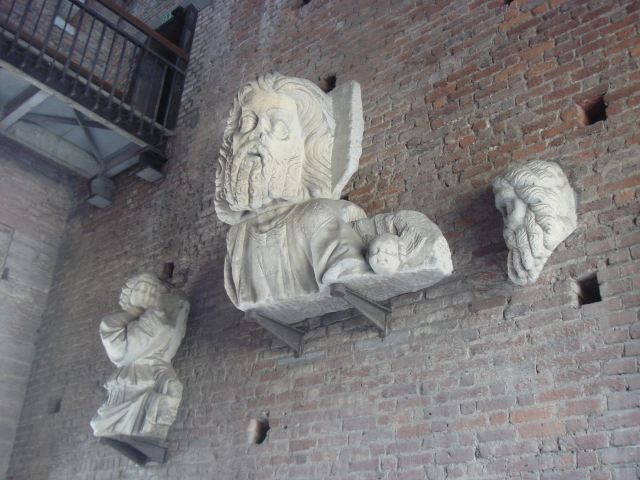 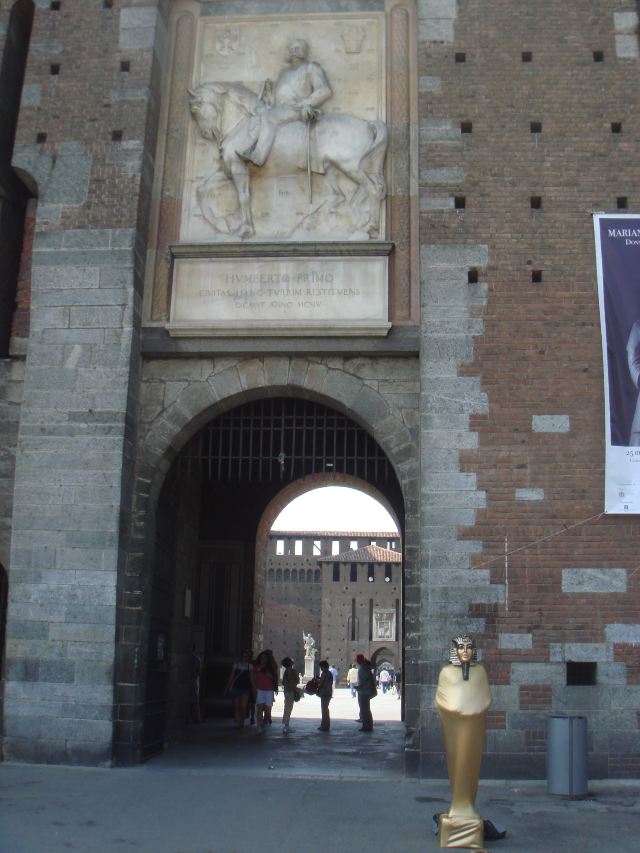 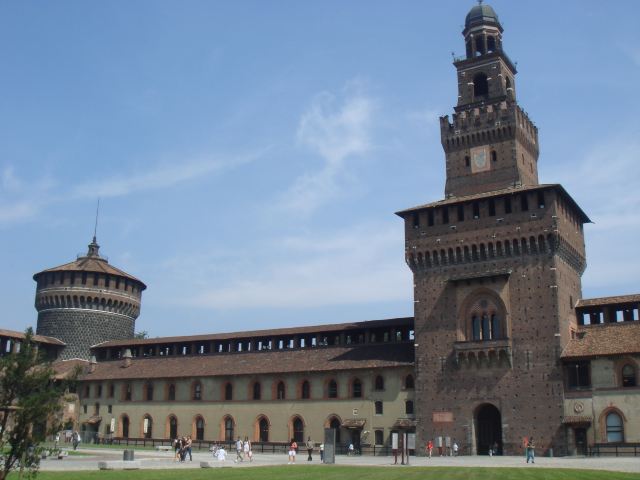 蔡芷涵
蔡芷涵
5/5
Reviewed on 12 Oct 2016
4
5/5
Sforza Castle was built in the 5th century under the orders of the then ruler Sforza. It is still very well preserved and has been a prison in history. The rooms in the castle are now built into museums, including the Museum of Applied Art and Music, the Museum of Archaeology and the Museum of Ancient Art. On the second floor, there are galleries, musical instruments and an archaeological museum displaying Egyptian relics. Now the castle is also a scenic tourist attraction. Among the many castles in Europe, Castello Sforzesco is not gorgeous, let alone stunning, but it witnesses the history of Milan. Its existence is like a Book telling the story of Milan. On this day, I went into Sforza Castle, looking for the glory and decline of Milan. It takes less than 20 minutes to walk from Milan Cathedral to Sforza Castle. The castle looked bleak in the gloomy weather. Although it was not as gorgeous as a cathedral, it could hardly see the scale and spirit of the castle. The central tower of the castle stands tall and recognizable from a long distance. It is said that at night there are sometimes charming lights. There was a pool in front of the castle, and the spring was leaping with agility.
徐团
徐团
5/5
Reviewed on 1 Oct 2017
3
5/5
Sforza Castle is one of the most important buildings in Milan and a symbol of the vicissitudes of the city's history. Originally built in 1368 by the Visconti clan, Milan's lord, it was once destroyed. During the subsequent expansion process, many great artists participated in it. Da & Vinci planned the water works in the castle and the mechanical structure in the theatre. There are museums, libraries, sculpture halls, museums, exhibitions of sculpture, furniture, paintings, etc. There are 1500 manuscripts in the library. There are Da Vinci and Michelangelo's works in the sculpture hall. The castle was built with great momentum, with museums and exhibitions, and only visited the buildings for reasons of time. There are many vendors selling" brand bags" near the fountain at the entrance of the castle.
阿木阿土
阿木阿土
5/5
Reviewed on 5 Mar 2018
3
5/5
The Sforza family was the founder of the Principality of Milan, which supported a large number of important Renaissance artists. The castle is the heritage of the family. The castle building has great momentum and a sense of vicissitudes. It is surrounded by high walls with deep ditches outside. Visiting the castle is free. There is a big park outside the castle. There are museums in the castle. It is said that there are works by Leonardo Da Vinci and Michelangelo. Unfortunately, time is too late to visit them.
王怡嘉
王怡嘉
5/5
Reviewed on 4 Jun 2017
2
5/5
The church itself is free of charge, but the various exhibition halls require admission tickets. The square in front of the church is often full of artists, and behind it is a large area of green space and children's paradise. That's what I like about Europe: castles, sunny meadows, beautiful music... children laughing, dogs running on the meadows...
Show More