To get to London, one of the attractions where you have to punch in. The London Eye, built in the Millennium, has brought astronomical incomes to Londoners from the conflict of Londoners to the present. It has completely reversed the successful case. Located on the South Bank of the Thames River, 135 meters high, sitting on it overlooking both sides of the Thames River, I deliberately chose the dusk time to see the Thames River sunset and the beginning of the lantern. However, man is not as good as heaven. It rained that day, that kind of drizzle. There is no sunset, only the cold wind, absolutely not lost to Shanghai. Ctrip bought First Pass for 258 yuan and still queued up for 30 minutes. Ling Fang's heart was completely broken in the cold wind. Half frozen to death, they finally boarded the London Eye. Each cabin could take about 25 passengers. In the middle was a bench, surrounded by floor glass. It runs slowly and is easy to view. It takes about half an hour to turn around. Some heard the explanations of famous London landscapes, played when they rotated to the corresponding angle, and some touch-controlled explanatory devices were available. But in that closed-loop environment, more than 20 people were crowded together, and the languages of various countries were noisy, so it was impossible to hear the explanatory content. Don't forget to go to the experiential hall next to the ticket office to watch a 4D movie about the London Eye and London, and get a better understanding of the city's scenery in a realistic four-dimensional space. Looking back at the London Eye, the lighted Ferris wheel forms a huge blue halo, just like the bright eyes in the night sky. It's very dreamy and beautiful. 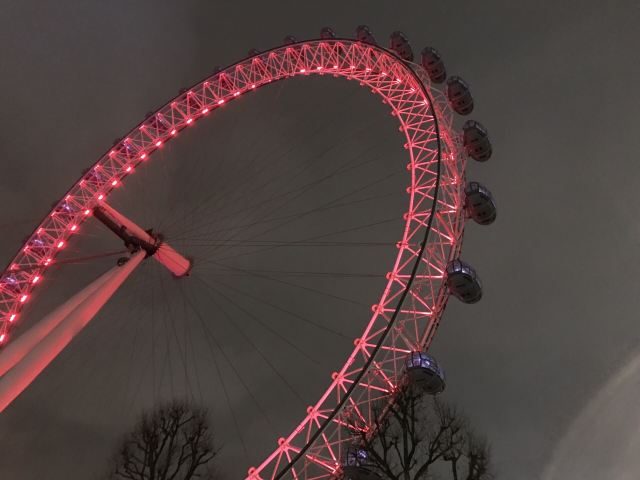 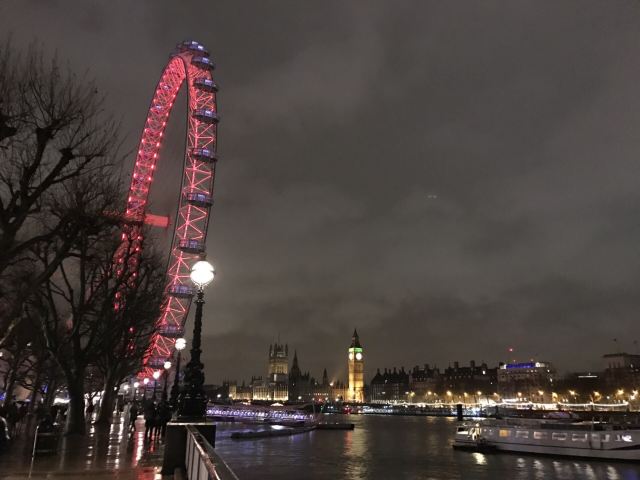 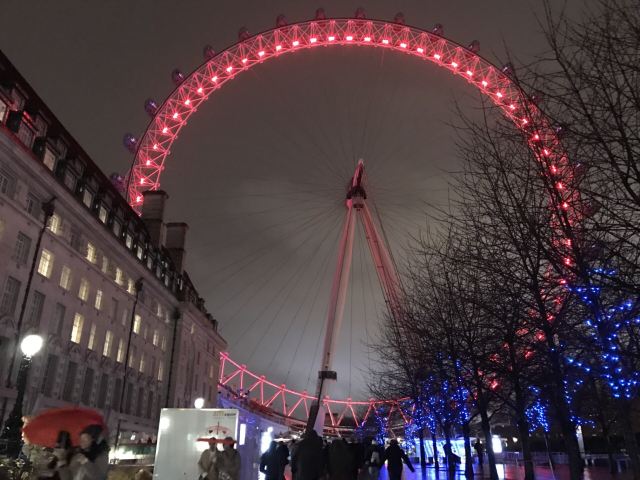 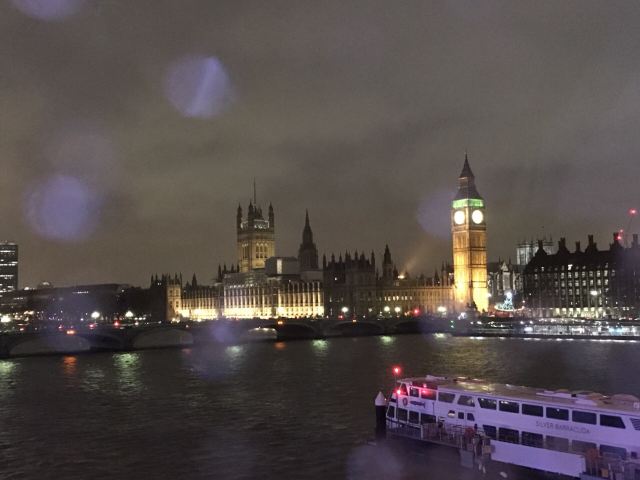 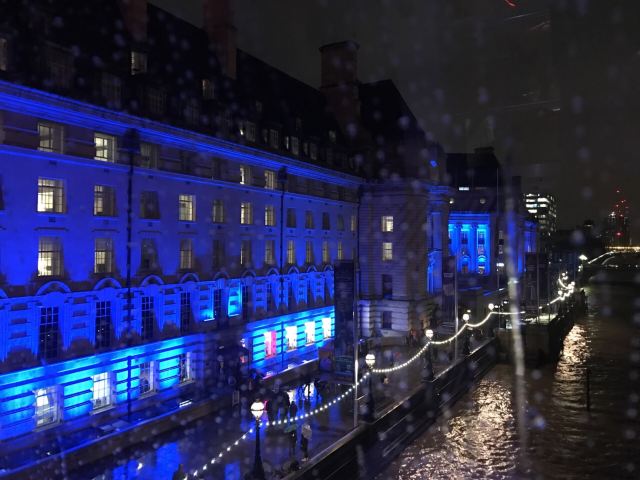 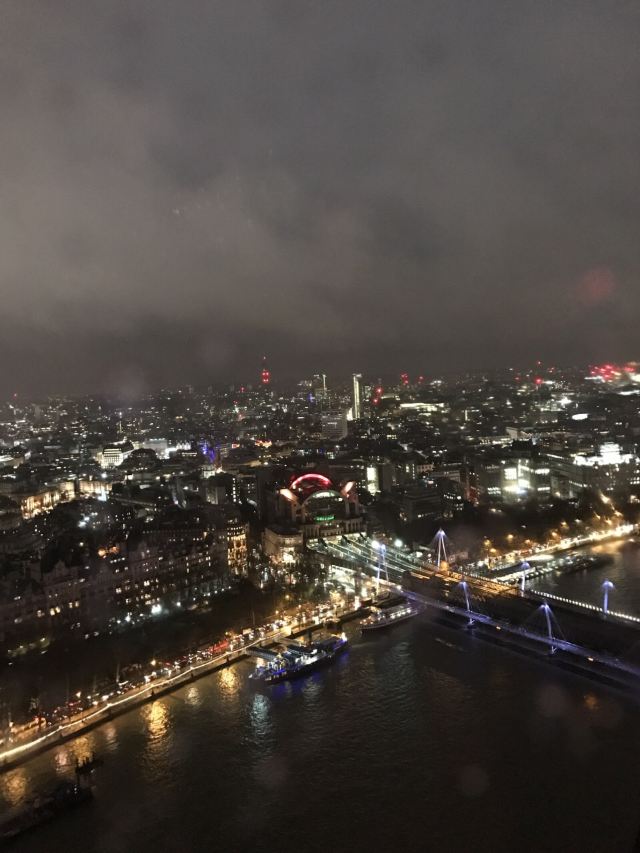 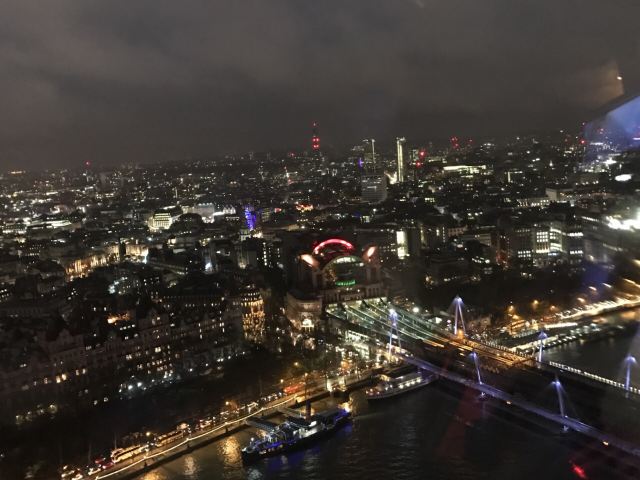 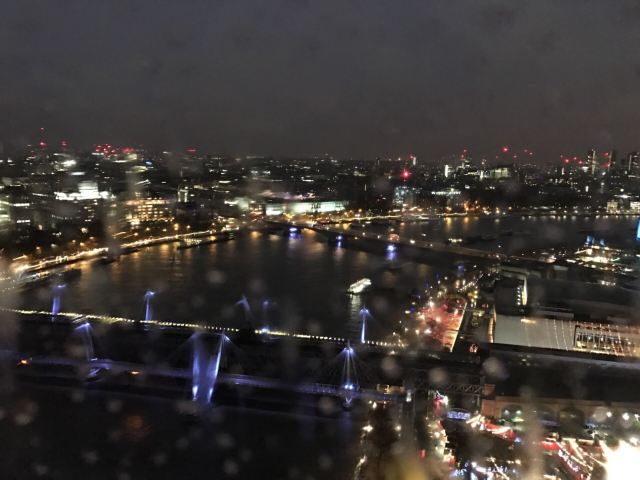 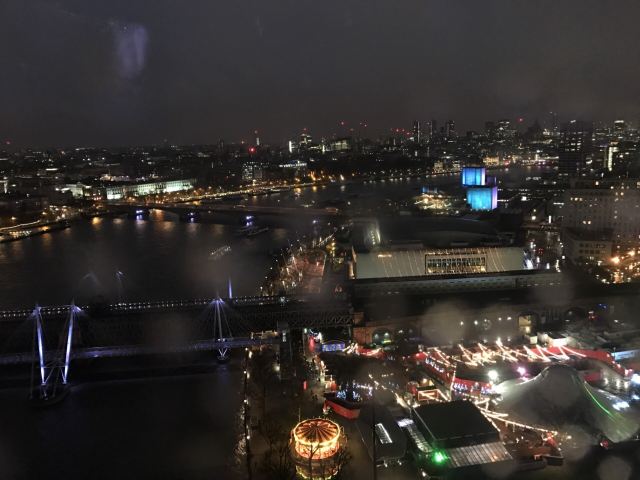 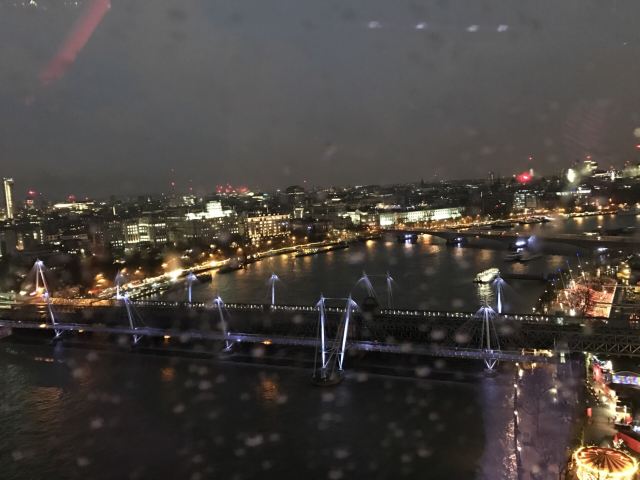 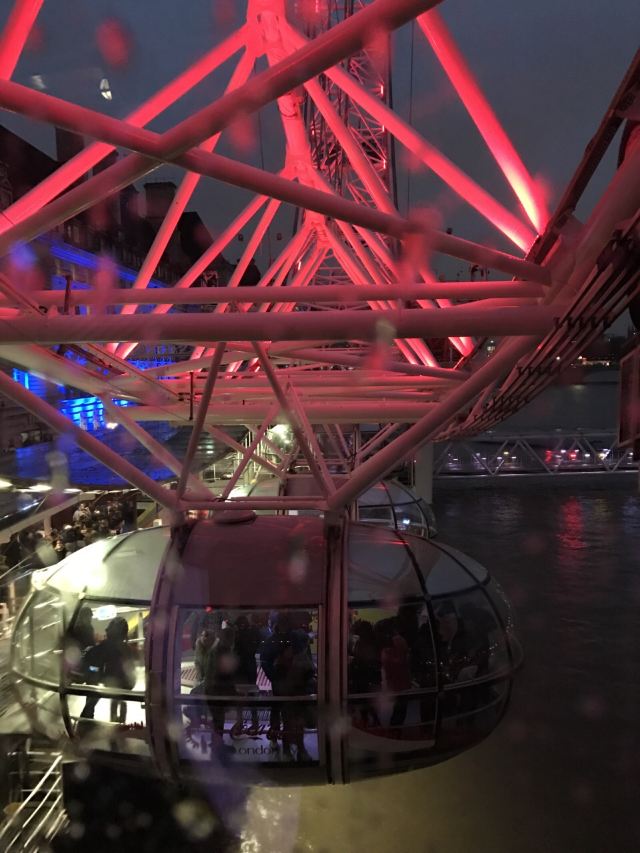 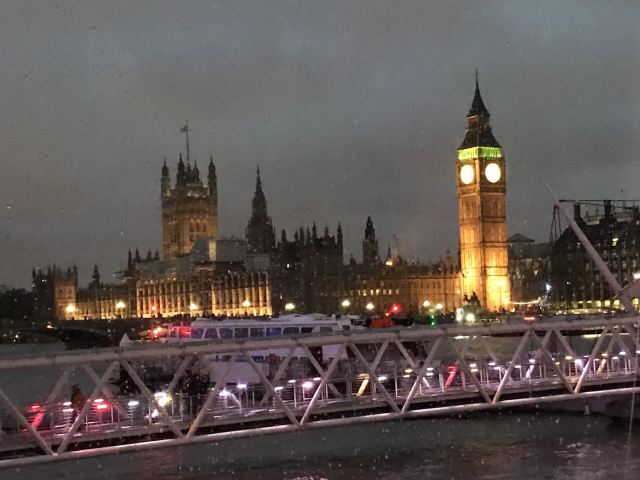 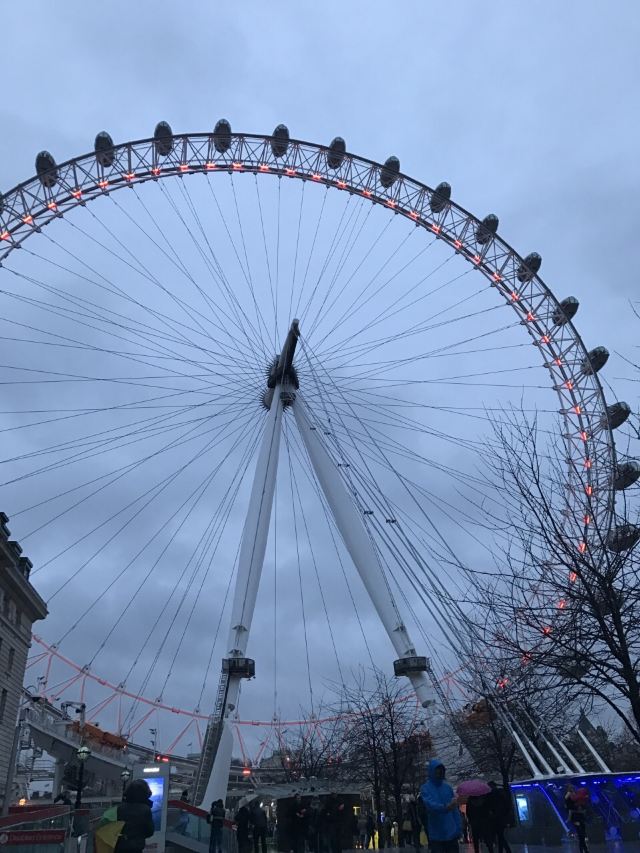 _We***02
_We***02
5/5
Reviewed on 28 Aug 2019
0
5/5
If you want to see the city of London’S panoramic views. This is the best option for you. We bought our ticketd online minites before arriving there and we got in with not too much waiting in line. the views are amazing.
sharezhang1227
sharezhang1227
5/5
Reviewed on 3 Feb 2017
95
5/5
I was going to buy a day and night ticket, and I could go there twice for less than 30. As a result, we arrived at six o'clock on Sunday and found that the ticket outlets were closed. I had to give up Cambridge behind me. By four o'clock on the weekday, he was told that he could not buy a day and night ticket, because the request for the first London Eye before four o'clock in the afternoon. Later, I had to buy two tickets, before and after the lights were on twice. Please do your homework well!
rei1140
rei1140
5/5
Reviewed on 24 Dec 2017
4
5/5
In the Millennium, London built this London Eye with a great deal of money. It was torn down in commemoration. Unexpectedly, it has become the most popular tourist attraction, even the landmark of London. The London Eye was situated on the Thames River in London, England, and was sponsored by British Airways at the time; it was 135 meters (443 feet) high. There are 32 cabins in London Eye (from No. 1 to No. 33). Because of religious taboos, there is no No. 13. Because the cabin is made of tempered glass inside and outside, there is an air conditioning system. Each cabin can carry about 25 passengers, and the rotation speed is about 0.26 meters per second, that is, a lap takes 30 minutes. Ride London Eye Up in the air, get a bird's eye view of London. The London Eye becomes a huge blue halo at night, which greatly adds to the dreamlike temperament of the Thames River. The London Eye also lights up the 2015 British general election, with the red light representing the British Labour Party, the blue representing the Conservative Party, the purple representing the British Independent Party, and the Yellow representing the Liberal Democratic Party. My laziest queue, I bought a fast track ticket, and then lined up under the red-eyed LONDON EYE for 30 minutes, the cold wind, want to be stingy to buy a general ticket, I do not know if I can live into the London Eye. It was raining, so London seemed to be in the bath, without dreams, a little bit different from imagination. Down the bridge, the London Eye is very lively. Ice-cream trucks, merry-go-round horses, acrobatic performances, life statues gather a lot of visitors. On the other side, there are Madame Tussauds Wax Museum, Shrek theme park, aquarium, London Eye 4D Experience Museum and so on. And no more than London's twists and turns of hundreds of meters at the foot of the team.
denis天涯任我行
denis天涯任我行
5/5
Reviewed on 9 Mar 2017
7
5/5
The London Eye, also known as the Millennium Wheel, was originally a temporary building built in England to celebrate the advent of 2000. It was originally scheduled to be demolished in five years. However, it was welcomed by the British and tourists, and the request of the audience was retained. London Eye is the best place to overlook the magnificent scenery of the Thames River. There are many natural visitors. It is suggested to buy tickets online. There are too many people buying tickets on the spot. Ticket prices - "adults 18.60. Traffic routes take the subway to Westminster Station. There is a large space in London Eye. It is said that an Audi car can be parked in the cabin. There are 55 famous sights in London. Parliament Building, Big Ben. At the foot of Westminster Abbey, you can see London Tower Bridge, the most famous bridge on the Thames River. The London Eye turns around for 30 minutes. At night, "London Eye" turns into a huge blue halo with beautiful wheels, like carrying passengers "flying" in a dream.
Show More