Tower Bridge is a suspension bridge across the Thames River. It is named after the Tower of London. It is the first bridge from the Thames Estuary and the symbol of London. The bridge was built in 1886 and opened to the public on 30 June 1894, linking the north and south of London as a whole. Over the two towers, there are suspended sidewalks with glass windows on both sides. Visitors can go up through the tower to enjoy the beautiful scenery on both sides of the Thames River. When we went, the bridge was under repair, but the suspended sidewalks above could not go. The bridge tower is equipped with stairs, museums, exhibition halls, shops, bars and so on. The London Tower Bridge is as famous as Sydney's Harbour Bridge. The former is the symbol of Sydney. The London Tower Bridge is the most symbolic landmark in London and the most frequently seen bridge on the Thames River. Tower Bridge is known as the British Palace Museum on the north of the Tower of London, south of which is quite modern art of the debris building. 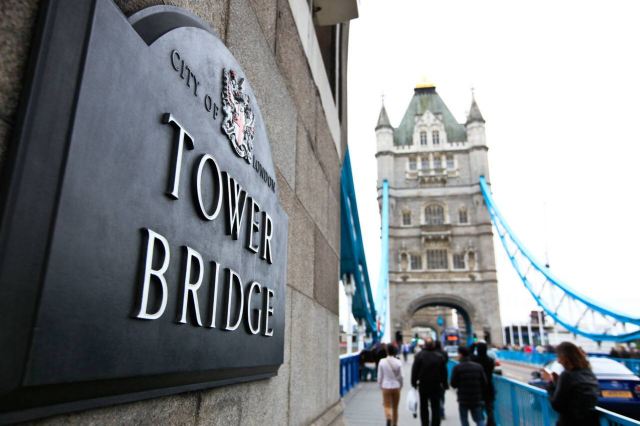 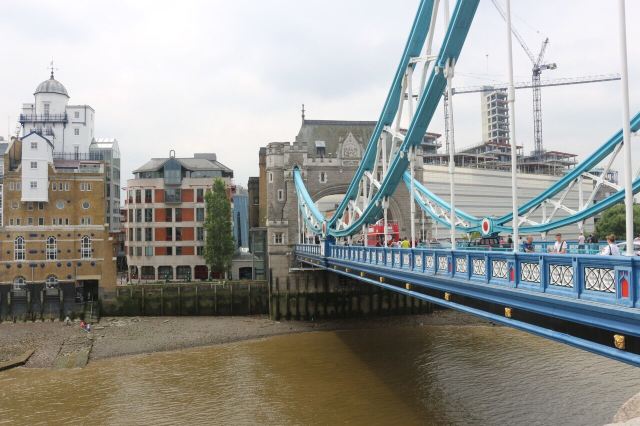 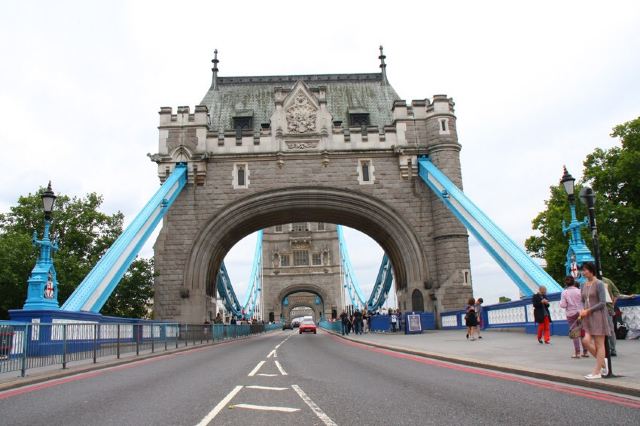 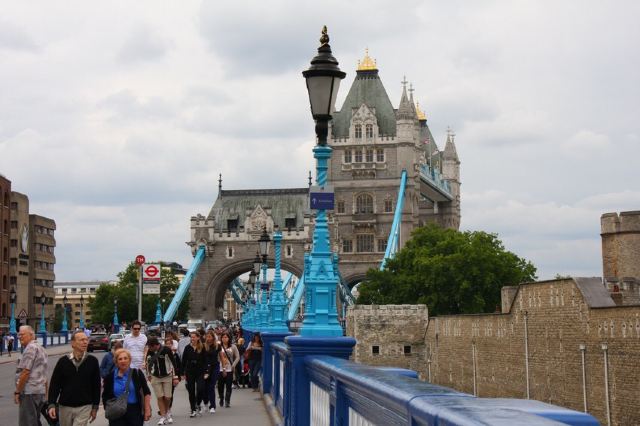 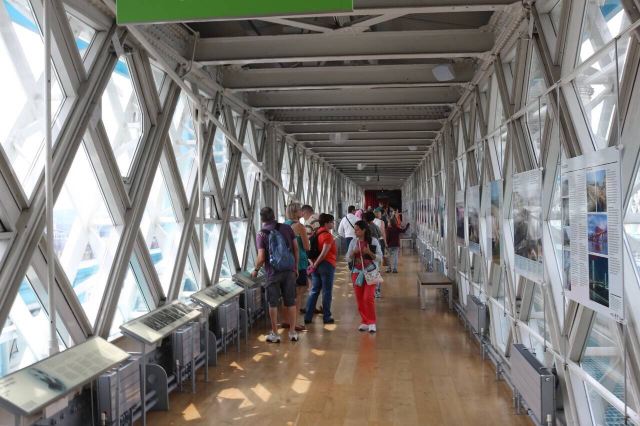 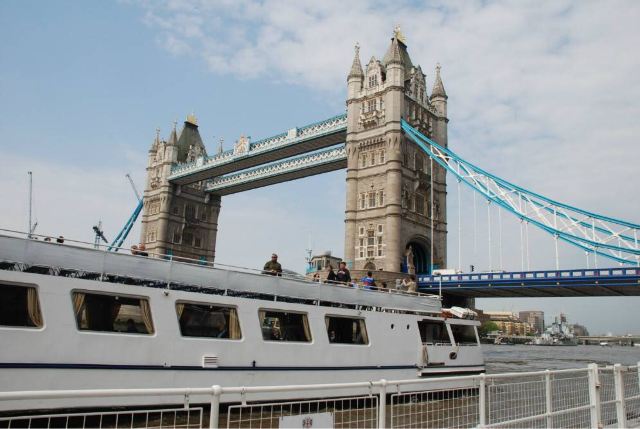 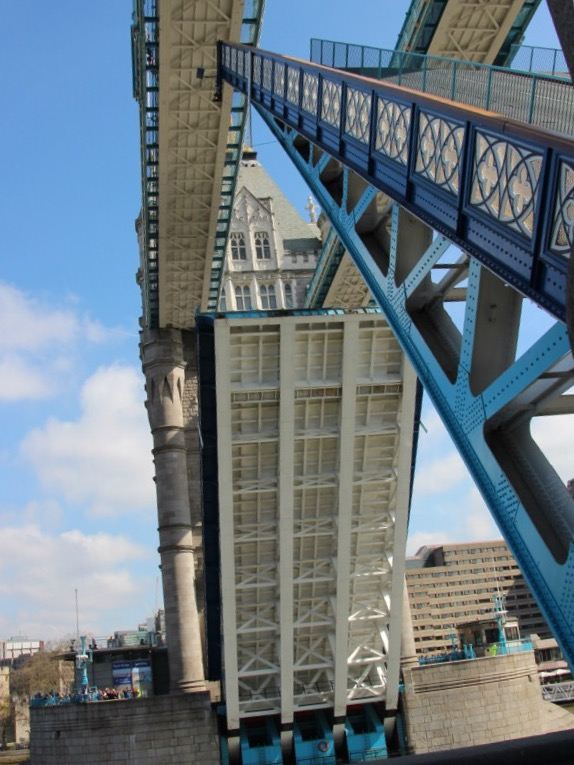 E23***53
E23***53
5/5
Reviewed on 6 Oct 2019
0
5/5
The momnet you see it you start to feel the energy and happines of going nearby. its a must go place in London. The view and atmospher is amazing. lots of tourist go there everyday. Love it.
清风明月
清风明月
5/5
Reviewed on 28 Aug 2016
16
5/5
London Tower Bridge is a suspension bridge over the Thames River in London. It is named for its vicinity. It is the first bridge (15 bridges built on the Thames River) from the Thames Estuary. It is also a symbol of London. The bridge was built in 1886 and opened to the public on 30 June 1894, linking the north and south of London as a whole. Visitors can walk on the tower bridge without charge. Visiting the tower bridge, you can take the elevator from the North Tower Bridge to see the structural works of the bridge. Then you can walk across the Thames River from the high-altitude passageway of the bridge and enjoy the beautiful scenery of the Thames River and its banks.
rei1140
rei1140
5/5
Reviewed on 29 Dec 2017
3
5/5
London is the capital of UK (United Kingdom of Great Britain and Northern Ireland) and the largest city and financial centre in Europe. More than two thousand years ago, the Romans built the city. London has been influential in the world for hundreds of years. London, the core area of the city, still maintains the boundaries that have been demarcated since the Middle Ages. London is a very diversified metropolis, with its inhabitants from all over the world and diverse races, religions and cultures; more than 300 languages are used in the city. At the same time, London is also a world-famous tourist attraction, with a large number of scenic spots and museums. London is one of the four world-class cities, which is juxtaposed with New York, Tokyo, Japan and Paris, France. From 1801 to the beginning of the 20th century, as the capital of the British Empire, the world's empire, London became the largest city in the world at that time because of its outstanding achievements in the fields of politics, economy, humanities, culture, scientific and technological inventions. London is the largest economic center in Europe. The financial sector is London's most important economic pillar. The Thames River runs through London, dividing the city into two parts, the South and the north. Since the Romans settled down, bridges have gradually been built on the river, the most famous of which is the Tower Bridge of London. This is very similar to Shanghai. Maybe that's why I like London. There are many museums in London, which is the second reason I like London, including Victoria & amp Museum (1852), Science Museum (1857) and Natural History Museum (1881). New Scotland Yard was built in 1891. What I hate most about London is his weather. I go through four seasons one day and turn my face when I say I turn my face. In winter, it's wet and cold. Shanghai is definitely losing to London.
蔡芷涵
蔡芷涵
5/5
Reviewed on 2 Oct 2016
2
5/5
London Tower Bridge is a suspension bridge. It was originally a wooden bridge, then a stone bridge. Now it is a cement structure bridge with six lanes. [1][2] The bridge under the Tower Bridge in London can be opened. The two bridge foundations in the river are 7.6 meters high and 76 meters apart. There are two tall square main towers on the bridge foundation. They are five-storey square towers of granite and steel structure, 43.455 meters high. There are white marble roofs and five small minarets on the two main towers, which look like two crowns in the distance. The span between the towers is more than 60 meters, and the towers are connected by steel cable suspension bridges on both sides. The bridge body is divided into upper and lower layers. The upper layer (about 42 meters above the high tide level) is a wide suspended sidewalk with glass windows on both sides. Pedestrians can pass through the bridge to enjoy the beautiful scenery on both sides of the Thames River. The lower layer can be used by vehicles. When tens of thousands of tons of ships pass through the Thames River, the machine in the main tower starts, the bridge body slowly separates and folds upward. After the ship passes, the bridge body slowly falls down and resumes the traffic. Two movable decks, each weighing 1000 tons. Looking at the tower bridge from a distance, the twin towers are very magnificent. The bridge tower is equipped with stairs, museums, exhibition halls, shops, bars and so on. From the top of the tower, you can enjoy the 10-mile scenery of the upper and lower reaches of the Thames River. If encounter mist lock bridge, the landscape is even more unique, mist lock tower bridge is one of the attractions of London.
Show More