Zytglogge was built around 1218–20, the Zytglogge served as the gate tower of Bern's western fortifications. These were erected after the city's first westward expansion following its de facto independence from the Empire. At that time, the Zytglogge was a squat building of only 16 metres (52 ft) in height. When the rapid growth of the city and the further expansion of the fortifications (up to the Käfigturm) relegated the tower to second-line status at around 1270–75, it was heightened by 7 metres (23 ft) to overlook the surrounding houses.Only after the city's western defences were extended again in 1344–46 up to the now-destroyed Christoffelturm, the Zytglogge was converted to a women's prison, notably housing Pfaffendirnen – "priests' whores", women convicted of sexual relations with clerics. At this time, the Zytglogge also received its first slanted roof. 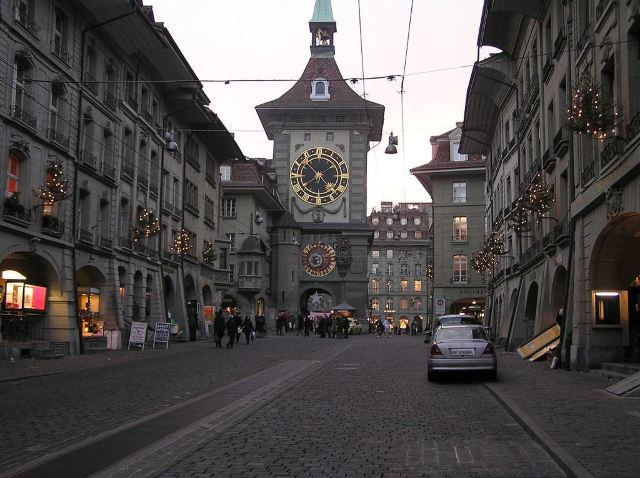 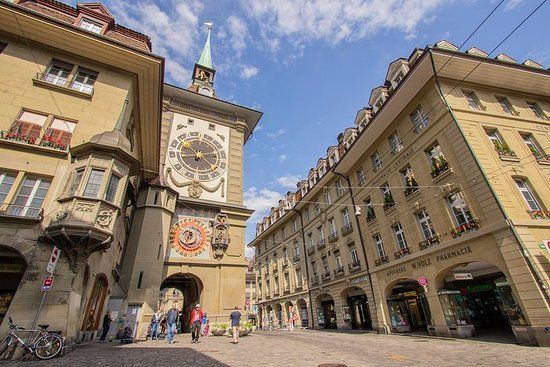 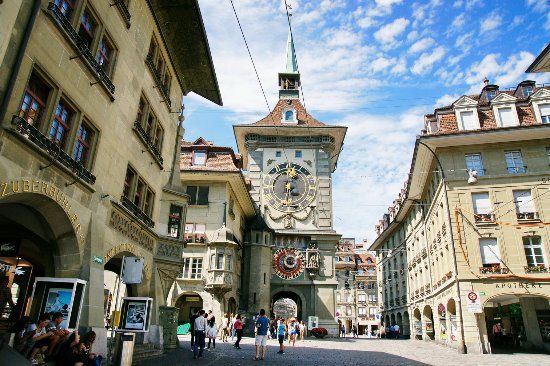 莲子99
莲子99
5/5
Reviewed on 13 Feb 2021
0
5/5
The bell tower is the beginning of the pedestrian street, where there are two or three tour groups, this is Bern very important landmark, the tower is not high, the facade design is rich, different face shapes are different.
fooler0809
fooler0809
5/5
Reviewed on 10 Oct 2020
0
5/5
The clock tower has a sense of fairy tales, and the two main sides have different backgrounds, including the image of a clown. There are many tour groups passing by below this place. There is also a small arch under the bell tower, which is embedded in the base.
d36***08
d36***08
5/5
Reviewed on 31 Jul 2020
0
5/5
伯尔尼钟楼，瑞士钟表制造业的杰作，伯尔尼最重要的地标。高耸的绿色塔尖下，安放着一口直径127厘米、重量1400公斤的铜钟。钟楼的正面，分别镶着两幅大小不一的时钟，下方小钟面一侧的壁龛内，错落有致地摆放着两口小铜钟和敲钟小人、时间之神-汉斯、金色玩偶、金色雄鸡、一排小熊，神态逼真，生动有趣。每当整点前的5~10分钟，是钟楼最为热闹的时分。熙熙攘攘的游客，聚集在钟楼前，驻足观看“报时玩偶秀”。57分刚过，好戏开始。大铜钟旁~旋转而出的敲钟人，开始敲响整点报时的钟声。壁龛里~时间之神翻转沙漏，玩偶振臂欢跳，金鸡展翅啼鸣，小熊列队巡游，一起迎接新时刻的到来。钟声响毕，游客们才意犹未尽的纷纷离去。
01234567890li
01234567890li
5/5
Reviewed on 31 May 2016
0
5/5
This was founded in the 13th century the huge clock tower is the symbol of the city of Berne, is also one of the most famous sights in the old quarter. It is part of the west gate, and now see appearance is rebuilt after the fire in the 15th century. Despite repeated repairs, the old clock tower is still in the precise time, excellent mechanical technologies is really surprising. Tower has a set of multifunctional chronometer, in addition to display time, season and astrology, every four minutes before the hour or so, there will be wonderful time show the doll. Every time the little doll spinning out colorful clock tower at the top of the time, have attracted a large number of visitors to a stop.
Show More