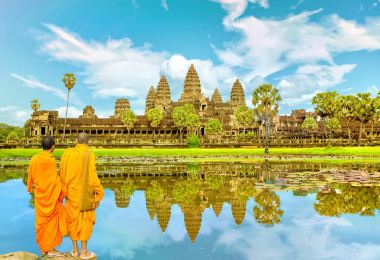 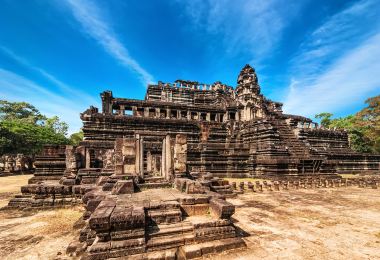 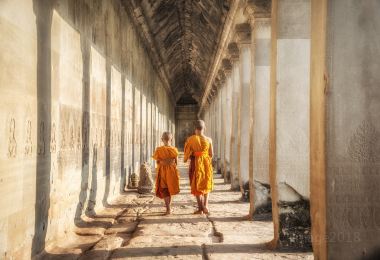 "I went to Angkor Wat in Cambodia 6 years ago. It is very convenient to take a car and return every day, about $40 a day! I only know when I go in! Angkor Wat was also quite large and very spectacular in that year. One of the movies, Tomb Raider, is a scene from the collapse of the Miriam at Angkor Wat."

Reasons to Recommend: Angkor Wat is the common name for the Angkor complex of temples. It is one of Cambodia's landmarks as well as a representative symbol of the country. It is located 6km north of Siem Reap. Angkor Wat combines the two basic elements of Cambodia temple architecture—altars and corridors—in a highly regimented and symmetrical complex of buildings. There are more than 600 extant structures. Some of the most famous include the Angkor Temple, Angkor Thom, Bakheng, Ta Prohm and Banteay Srei. 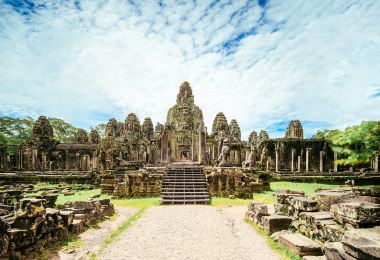 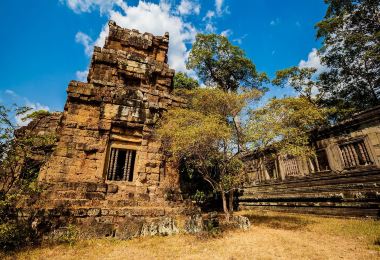 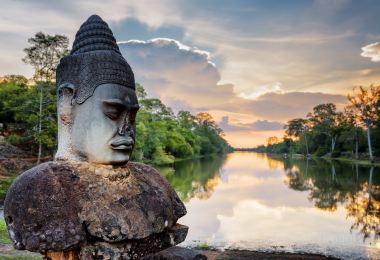 "The Tongwang City is also a 100-year-old building, retaining a lot of the remains of the time traces, is also a very important Cambodian custom building, its own historical characteristics are very strong, there are many beautiful sculptures to enjoy oh."

Reasons to Recommend: Tongwangcheng is also called the Great Angkor and Angkor City. It has been destroyed many times in the war and has been rebuilt several times. It is the heart of Angkor's monuments. At its peak, the population reached millions. Today, the remains of the ancient city of Bayon Temple, Bapong Temple, and the Palace of the Sky are the main attractions of the tour. The East Gate was once the location of the movie "Tomb Raider", and there is a "Victory Gate" on the north side of the East Gate that leads directly to the Royal Palace and is dedicated to the King and the Triumph Army. 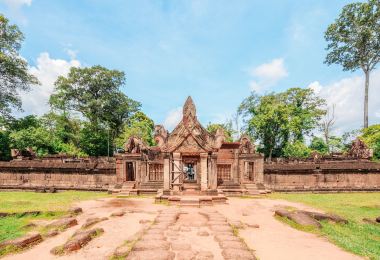 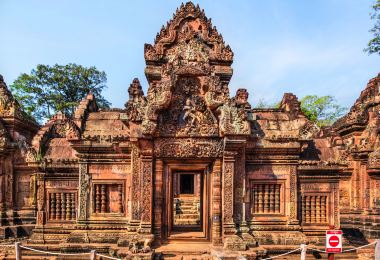 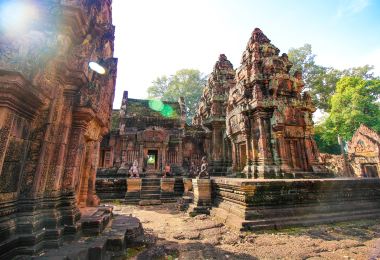 "The Queen's Palace is a relatively small site among all Siem Reap sites in Cambodia. It is not large, but it is famous and one of the most unique and exquisite architectural complexes in Angkor. Found in 1914, the "Queen's Palace", known as "The Pearl of Angkor Monuments" and "The Diamond of Angkor Arts", is a god of Shiva, one of the three major Brahman gods, famous for its smallness, exquisiteness and magnificence. The Queen's Palace is about 20 kilometers from Siem Reap City and can be reached in more than half an hour. Because the attractions in Angkor are subject to the pass system, tickets for all attractions are included in the pass. Tickets not sold separately are only checked, so you must not lose paper tickets. After entering the gate of the ticket office outside the Queen's Palace, it takes a short walk to reach the outside of the Queen's Palace wall, and on the way there will be several more damaged sites. Outside the Queen's Palace wall, there is a pond, forming a relatively independent palace area. The Queen's Palace is in good condition, with the best stone sculptures in the world. Many of the stone sculptures in the temple are three-dimensional, walls, columns, door posts and other architectural surfaces are almost completely covered by relief, without any gaps. The Queen's Palace embossing knife is smooth and delicate, with delicate lines and bright colors. It is the first of all Angkor embossings, and is known as the "Diamond of Angkor Arts". Unlike the blue sandstone used in most Angkor monuments, the palace is made of Khmer-specific red earth and peach-colored stone. The water-rich red earth is convenient for transportation, construction and intricate patterns. After the building was built, it became very hard after drying, and it is said that it can reach a level of not bad for thousands of years. In short, the Queen's Palace is a must-see for travel in Siem Reap, Cambodia, and it takes at least an hour to travel around."

Reasons to Recommend: Banteay Srei is located near Phnom Kulen in Northeast Angkor Thom. It is a unique and exquisite building among Angkor's monuments. It is famous for its bright colors and exquisite reliefs. It is known as the “Gem of Angkor Art”. The name Banteay Srei means “women's castle”, which is supposed to have been constructed and carved by women. Its Central Tower and large library contain a large number of statues. Its walls, columns and other architectural surfaces are full of reliefs, complex shapes and soft lines. Unlike the green sandstones used in most of the Angkor monuments, Banteay Srei was built using Khmer-specific red clay, which is extremely colorful and keeps the carvings intact. 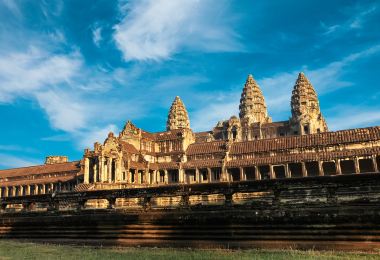 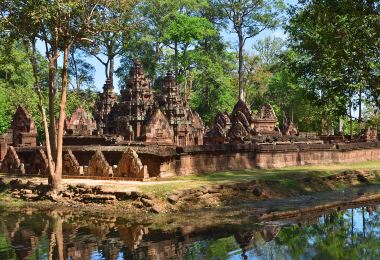 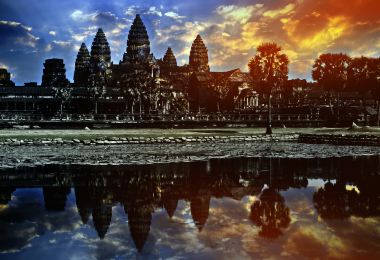 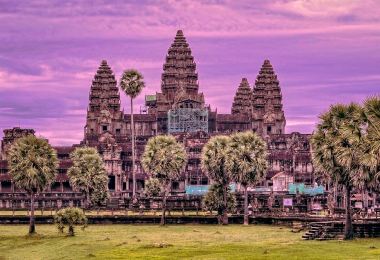 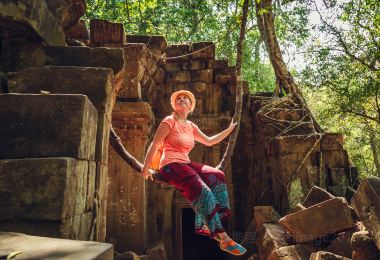 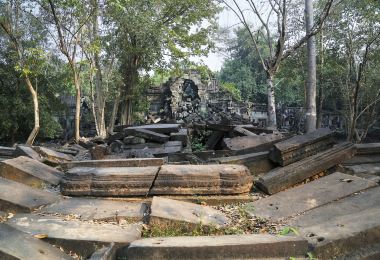 "The Beng Mi Leh and Angkor Wat in Cambodia are two directions, and Beng Mi Leh is also one. The large and dilapidated temple is also a viewing place of the Tomb Raider, with a famous tree Buddha inside. The road to Beng Bili, built by Chinese people to help Cambodia, is as beautiful as the road to the sky."

Reasons to Recommend: Beng Mealea is a mysterious, hidden temple in the Angkor heritage complex, its name means “Lotus Pond”. On the dirt road in front of Beng Mealea, there is a multi-headed snake statue, and the river flower pond next to it has dried up. Beng Mealea's size and design style is similar to that of Angkor Wat. Today, there are only broken pillars, collapsed walls and ruins in the temple, leaving traces of war and earthquake. Surrounded by jungle, it appears to be in a state of even flux. Many well-known movies and TV series such as Tomb Raider have been filmed here. 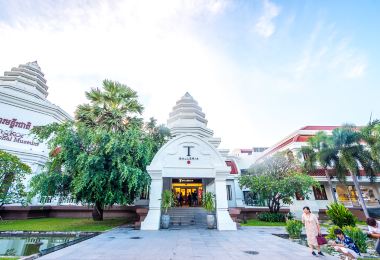 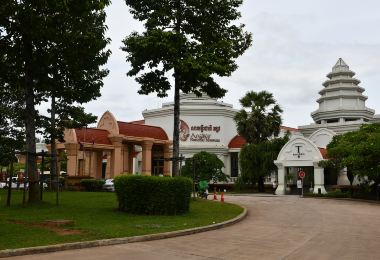 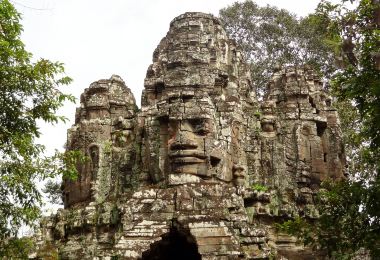 "The Angkor National Museum has a Chinese-language guide, which has 42 items, which can be clicked on to the content of the guide, so that you can learn more about the story behind each statue."

Reasons to Recommend: The Angkor National Museum mainly exhibits cultural relics and works of art from various periods of the Khmer dynasty, including stone carvings, images of Buddha, multimedia images, etc. The collections are vast and precious. The exterior shape of the museum is uniquely designed and the roof has the charm of the ancient tower of Angkor Wat. The promenade, the doorway and the window are inspired by the design of Angkor Wat. Modern elements are also blended in, making it more magnificent and spectacular. 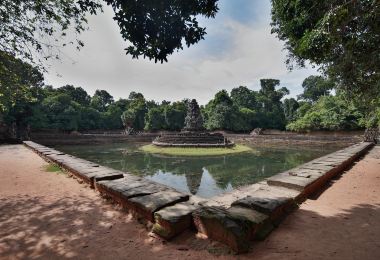 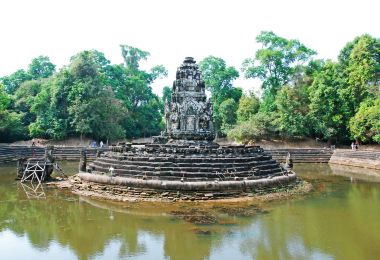 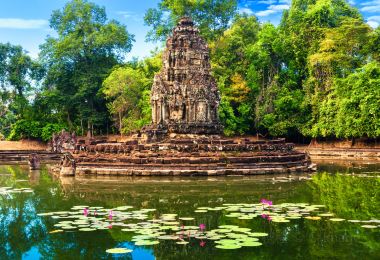 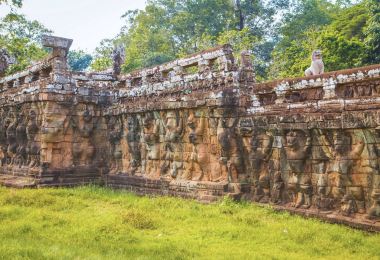 "The battle elephant platform, the platform of the King's parade, is facing the road to the Victory Gate, where the triumphant return of the soldiers to the King's parade. There are many exquisite carvings on the outside wall, worth to be appreciated."
TOP 9
 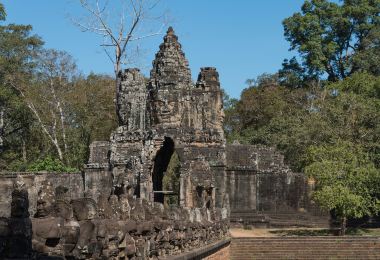 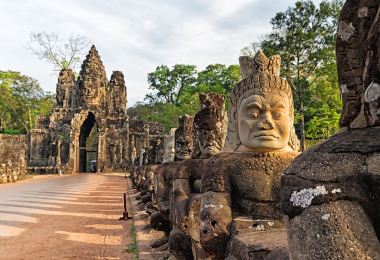 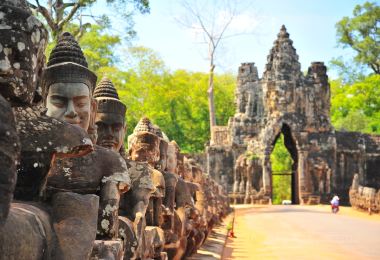 "The best preserved gate is the south gate, which is surrounded by a moat, with two rows of stone statues on both sides of the bridge, the angels on the left and the asura on the right. To protect the king's castle."
TOP 10
 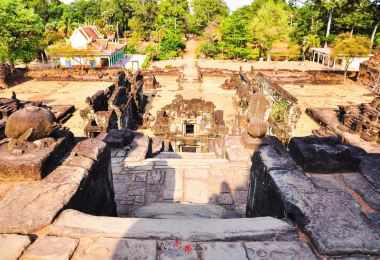 "Although closed at 17: 30, it was a peaceful place to watch the sunset. The staff here did not rush us to leave and allowed us to take pictures. We left at 6 pm but still a few people on the top. Not sure when they will leave. Haha"
TOP 11
 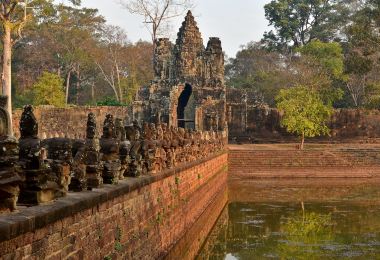 "Angkor's Tongwang City is surrounded by moats, with bridges on the river, two rows of stone statues on both sides of the bridge, the four-sided stone statues on the left one each expression is different, some serious, some smile, some kind, representing the gods; The stone statue on the right represents Asura, the incarnation of the Hell's Messenger, with a serious expression and a strong, co-constant look at the Royal City."
TOP 12
 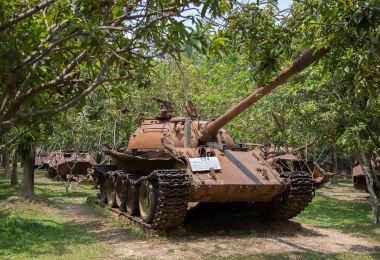 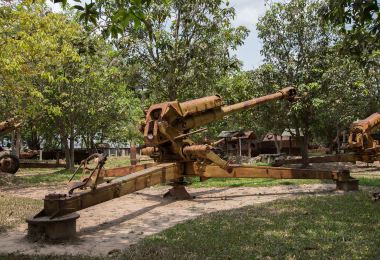 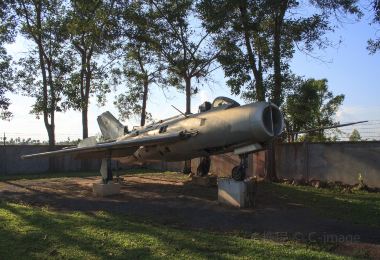 "In the southwest of Siem Reap city, follow Highway No. 6 to the west. When you see the Folk Village, you will enter the small road at the next T-junction. The location is a bit too easy to follow the navigation. Tickets only accept cash, Khmer 21,000 Swiss dollars Or 50 RMB (100 does not give change, it is recommended to prepare change). Inside are some eliminated weapons, although worn out, they are shocking. These tanks, artillery, and guns seem to be telling history, telling the hard-won peace of Cambodia through pictures. They can't speak, but they tell the truest history."