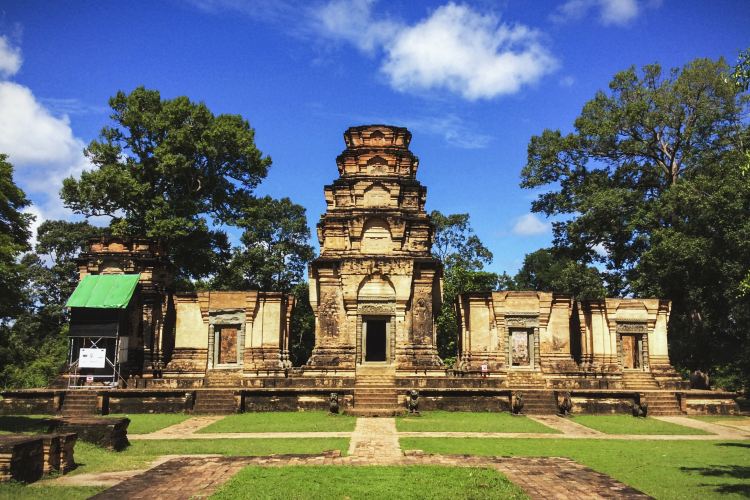 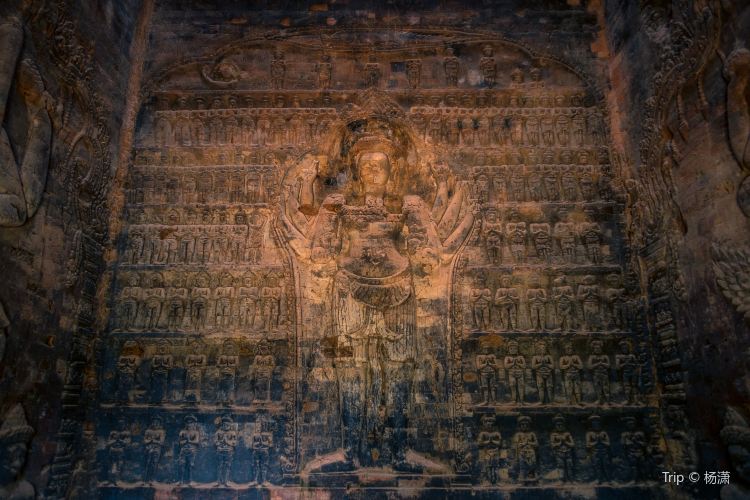 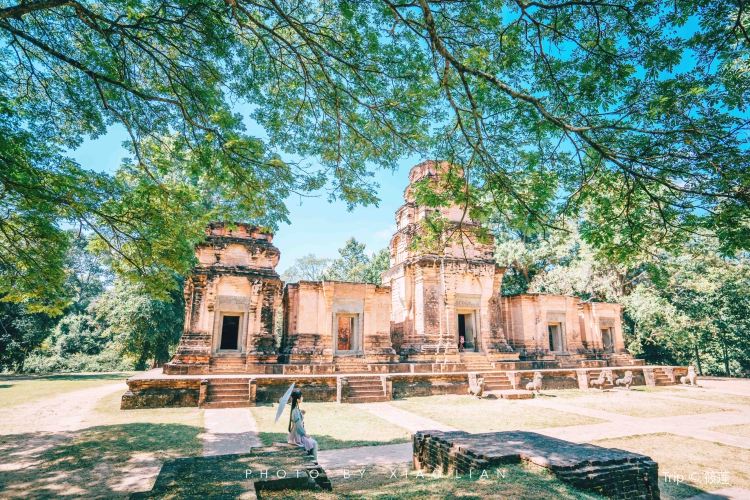 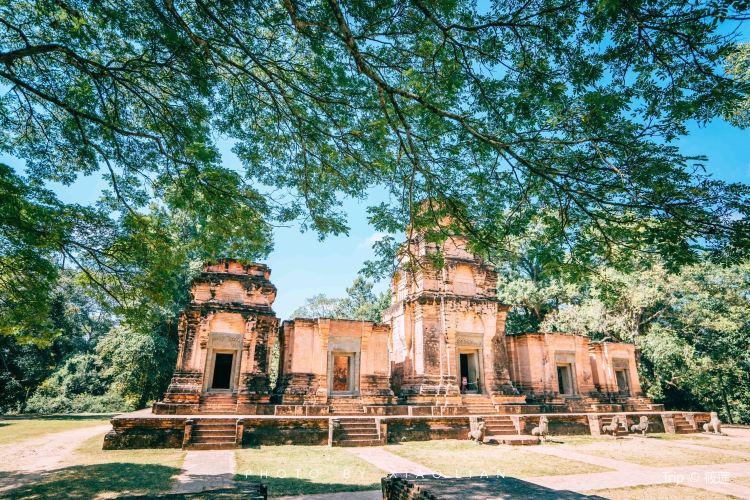 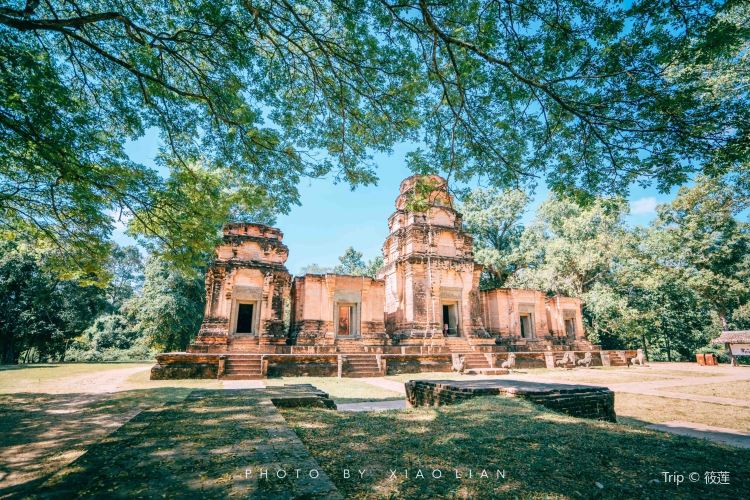 Built in 921, the Doumen Temple was rebuilt by the French in the 19th century. The relief on the main tower depicts the Indian mythology of the Vishnu riding the Great Gaurda, and the relief on the west tower depicts the auspicious sky of the Vishnu god. The Doumen Temple consists of five red brick temple towers built on a public platform. Its original Sanskrit name is unknown, and the current Khmer name, Prasat Kravan, means the Temple of Artabotrys odoratissimus, which was built in AD 921 and is dedicated to Vishnu, according to the inscription on the doorpost.