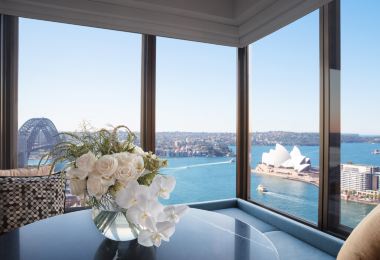 "Excellent service and food was delivered on time. Shiv from the dining room was fabulous and made us very welcome he deserves more than 10/10" 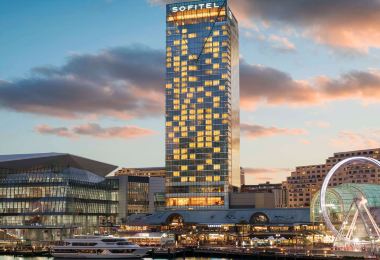 "We enjoyed a nice stay at the Sofitel. The only downfall was the over an hour and a half wait to use the pool/bar facilities. Due to COVID there is a capacity of 92 which is easily reached on weekends. Once let into the pool area we sat/laid on the floor as there were no seats or lounges available. "

Reasons to Recommend: Sofitel Sydney Darling Harbour is a popular choice amongst travelers in Sydney, whether exploring or just passing through. The hotel offers guests a range of services and amenities designed to provide comfort and convenience. All the necessary facilities, including 24-hour security, are at hand. Guestrooms are designed to provide an optimal level of comfort with welcoming decor and some offering convenient amenities like executive lounge access. The hotel offers various recreational opportunities. No matter what your reasons are for visiting Sydney, Sofitel Sydney Darling Harbour will make you feel instantly at home. 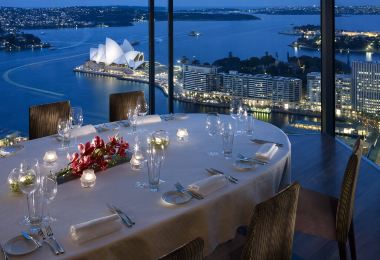 "Everything all good and perfact! Room was really clean and big I felt really refresh 🍃"

Reasons to Recommend: The Shangri-la Hotel, Sydney is situated in the historic Rocks district with breathtaking views of Sydney Harbour encompassing the Sydney Opera House and Harbour Bridge and within easy walking distance of the city’s main districts. All rooms at The Shangri-la Hotel, Sydney have breathtaking views of the harbour and are the largest in their class in the city. Exquisitely appointed with contemporary furnishings, rooms feature triple-glazed soundproofed windows, plush duvets and iHome docks. 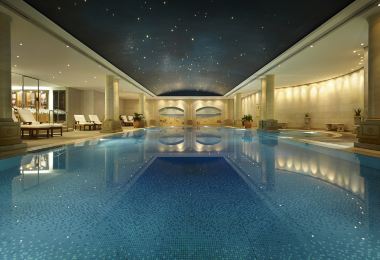 Reasons to Recommend: The Langham Sydney is just 5 minutes’ walk from Darling Harbour, it offers luxurious accommodation with panoramic city or bay views. It features a day spa, a tennis court and a hot tub. 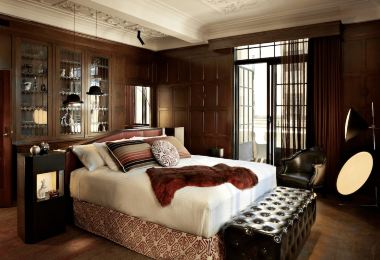 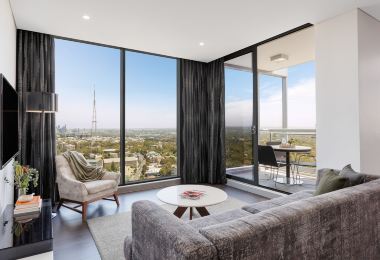 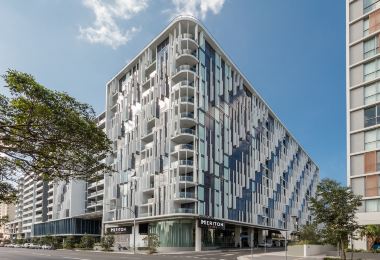 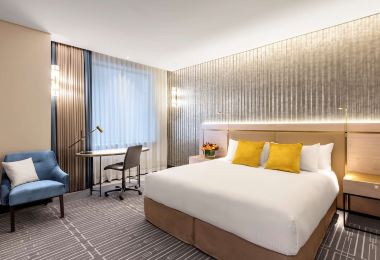 "The hotel is great. Great value for money. All staff very friendly. Room clean and comfortable. The airconditioning and heating is very good. Always have taxi outside hotel, very convenient for me who only travels by taxi but not public transportation. Room service food good. Love the bathroom with window opens to living room. Love the steam and jacuzzi at health club. I have a great and comfortable stay at the hotel! "

Reasons to Recommend: Radisson Blu Plaza Hotel Sydney is SGS certified in standards of cleaning to protect and reassure our Guests and our Staff. Please note Government imposed restrictions may cause limitations to Guest access to services, restaurants and facilities during the stay. 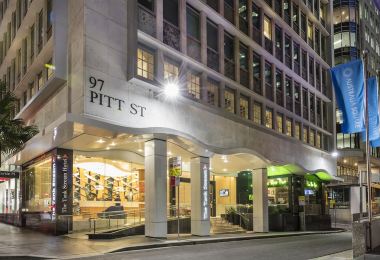 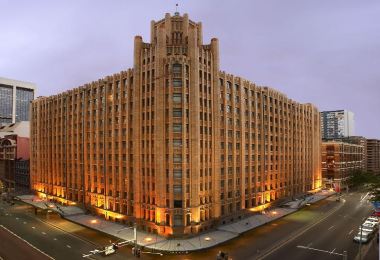 "The Grace is one of my fave go to Hotels. The location, service and amenities are great! "

Reasons to Recommend: Close to the Sydney Harbour Bridge and Sydney Opera House, The Grace Hotel offers luxury rooms, and a rooftop fitness centre with an indoor swimming pool and a sauna. 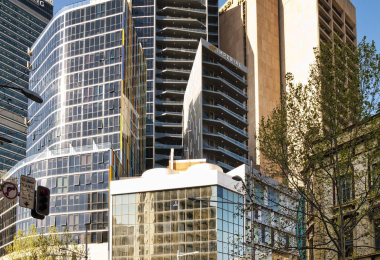 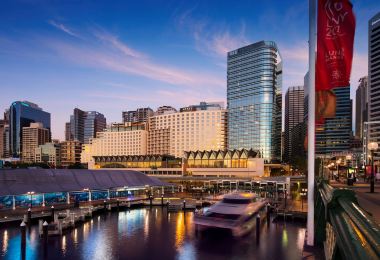 Reasons to Recommend: Located adjacent to Darling Harbour in Sydney's Central Business District (CBD), our hotel is a haven of relaxation for the business or leisure traveler. As Sydney's largest premium hotel, Hyatt Regency Sydney—formerly a Four Points by Sheraton Sydney, Darling Harbour—boasts 892 guestrooms, dining experiences and 3,700 sq m of flexible meeting and event space. We invite you to enjoy an unparalleled Australian getaway. 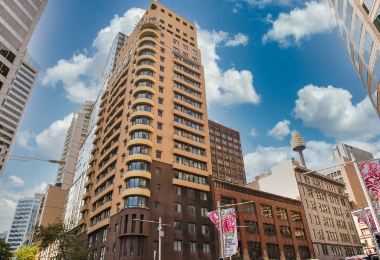 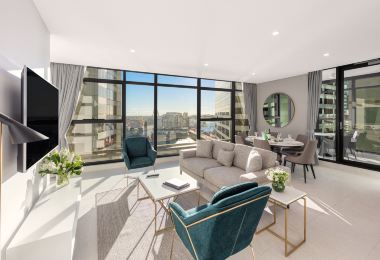 Reasons to Recommend: Property Location With a stay at Meriton Suites Sussex Street in Sydney (Darling Harbour), you'll be within a 15-minute drive of Sydney Harbour Bridge and University of Sydney. This aparthotel is 4.8 mi (7.8 km) from Bondi Beach and 5.8 mi (9.3 km) from Sydney Opera House. Rooms Make yourself at home in one of the 201 guestrooms. 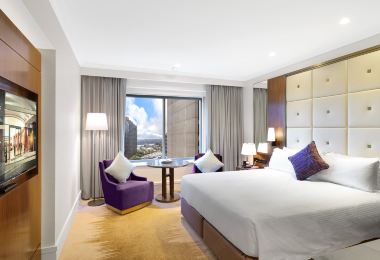 "Had a nice stay at the hotel... location was amazing... will stay there again ... they also had Hong bows on the bed on arrival for CNY which was really cute ... " 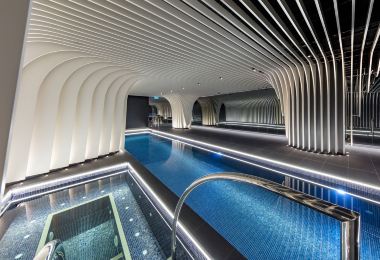 Reasons to Recommend: Property Location With a stay at SKYE Suites Sydney in Sydney (Sydney Central Business District), you'll be a 3-minute drive from Sydney Harbour Bridge and 9 minutes from Sydney Opera House. This apartment is 2.8 mi (4.5 km) from University of Sydney and 6 mi (9.7 km) from Bondi Beach. Rooms Make yourself at home in one of the 73 air-conditioned rooms featuring kitchens with refrigerators and microwaves. Rooms have private balconies or patios. Flat-screen televisions are provided for your entertainment. Conveniences include safes and separate sitting areas, and housekeeping is provided daily. Amenities Enjoy recreational amenities such as an indoor pool and a 24-hour fitness center. Dining Enjoy a meal at the restaurant or snacks in the apartment's coffee shop/café. Breakfast is available for a fee. Business, Other Amenities Featured amenities include dry cleaning/laundry services, luggage storage, and laundry facilities. 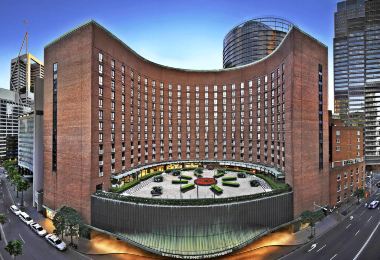 "Oh man… where do I start… after an exhausting trip, we arrived at 9:30 pm to checkin, only to be told my room wasn’t ready.. at 9:30pm!! We were offered free dinner but I was falling asleep by that time. Wasn’t till around 10:30pm when I got my keys but to my surprise they put us in a room right next to the elevator… I didn’t sleep all night because the lift was so damn loud, you could hear the mechanics of the lift operation going up and down with a terrible humming noise. My ear plugs didn’t stand a chance. Couldn’t get a room change because it was a full house that night. For context, I’m also an Accor Gold Member which is supposed to come with a host of benefits including a room upgrade, but reception staff didn’t recognise it until the next day when I notified them of the lift shaft noise and requested the room change despite providing my membership number upon checkin. The initial room was small, had a fresh coat of paint on the toilet door so I could smell the heavy paint smell, but the second night we were in a luxury room, which was bigger, brighter and nice!! Breakfast was very very average in quality but it was a good enough selection. THE wait staff were not up to scratch either, but the bar staff at the lobby were lovely. Having said that, my kirin beer never arrived and the bar manager was kind enough to send it to my room, unfortunately what came was not the kirin beer I ordered, but a apple cider….. yikes. Anyway, Concierge staff was professional but felt a bit cold mannered. The entire hotel is aging and requires substantial upgrades to bring it up to the usual Sofitel standard. No pool because it’s a heritage building. Fantastic location. Only redeeming factor was the front desk reception staff were lovely!! Might give it another go when I’m back in syd because of the location of the hotel. Otherwise, lower your expectations!!! Hahaha! Cheers "

Reasons to Recommend: Sofitel Sydney Wentworth is Australia's first international luxury hotel, The hotel was built in 1966 and elegantly blends its French traditions with the hotel's significance as the largest semicircular structure in the southern hemisphere. A heritage listed five-star hotel ideally located in the heart of Sydney's shopping and business district, close to the key city attractions such as Circular Quay, The Rocks and the Royal Botanical Garden. Since opening, the Sofitel Wentworth hotel has hosted many international dignitaries and celebrities, such as Queen Elizabeth II and the Duke of Edinburgh, Prince Charles and Princess Diana, Prince Frederick and Princess Mary. Princess Diana attended a function in the Grand ballroom where the famous footage was taken of Prince Charles spinning her whilst dancing. The Chinese and Russian Presidents stayed and met in the Grand Ballroom during APEC 2007. 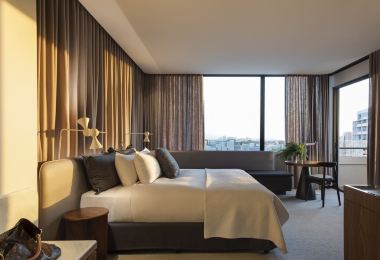 "The bed was the best thing about the stay super comfortable. The bathroom was Filthy blood splatter up the toilet and walls, something sticky covering the entire front door and handle. Spew or food residue in the base of the shower. Looks like the base of toilet has not be cleaned thoroughly in a while. For the price I paid for one night stay was not the service I’d expect. No tv remote in room contacted reception who took nearly an hour to provide one. No up keep to rooms, chairs with food marks. Will not be staying again. " 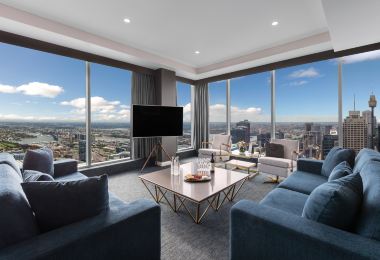 "such an amazing place. I had the miscommunication before i arrive however manager Ryan helped me my issue and solved it. He was very good and kind , I would like to highly recommend to everyone . It was fabulous experience to stay in Merion world tower. I will definitely go back and stay!!!"

Reasons to Recommend: Meriton Suites - World Tower, Sydney offers guests a range of services and amenities designed to provide comfort and convenience. To be found at the hotel are free Wi-Fi in all rooms, 24-hour front desk, facilities for disabled guests, express check-in/check-out, luggage storage. Guestrooms are fitted with all the amenities you need for a good night's sleep. In some of the rooms, guests can find internet access – wireless (complimentary), whirlpool bathtub, non smoking rooms, air conditioning, heating. Recuperate from a full day of sightseeing in the comfort of your room or take advantage of the hotel's recreational facilities, including hot tub, fitness center, sauna, indoor pool. Meriton Suites - World Tower, Sydney is an excellent choice from which to explore Sydney or to simply relax and rejuvenate. 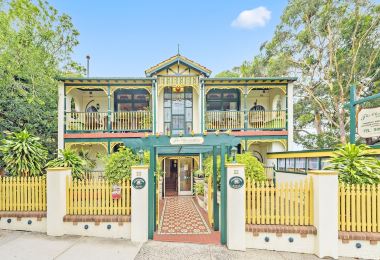 Reasons to Recommend: Just 450 metres from Chatswood Railway Station, Charrington Hotel offers rooms with a private balcony and free internet. It features a sunny terrace and a guest lounge with a fireplace.All rooms are bright and airy, and include a refrigerator, microwave and tea and coffee making facilities. Each room has a spacious seating area with a work desk, TV and DVD player.