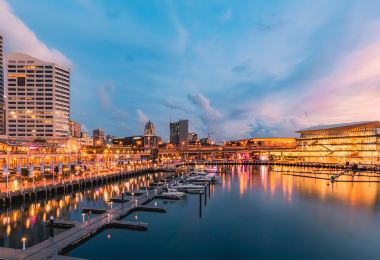 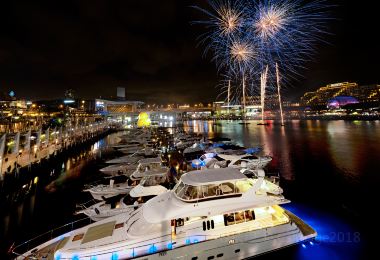 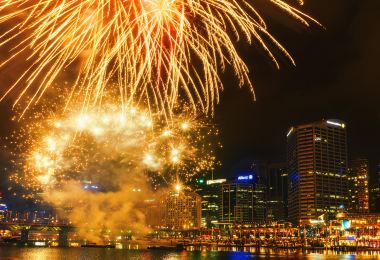 "There are many shopping malls and office buildings around Darling Port. From the bright light, foreigners are also very spelled. There is a bit like China's CBD area, elite convergence, intense competition."

Reasons to Recommend: Darling Harbour, also known as Lover Harbour, is located in Sydney and is a large leisure area with entertainment, dining and shopping. Darling Harbour consists of port terminals, green water and various buildings. King Street Wharf is a popular venue, with trendy dining options. There are also famous attractions such as Sea Life Sydney Aquarium, Wild Life Sydney Zoo and Madame Tussaud's Sydney. You can also choose to dine in the outdoor area on the shore, shop at the Port Mall, listen to the performances of outdoor performers, or interact with the little pigeons. You can also take a boat trip to enjoy the view from a closer distance. 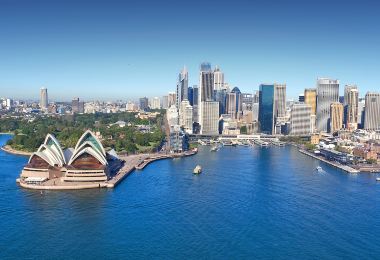 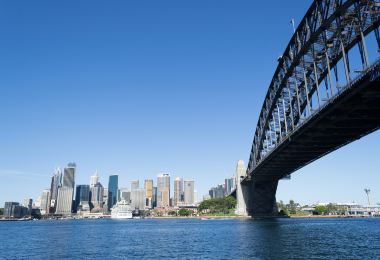 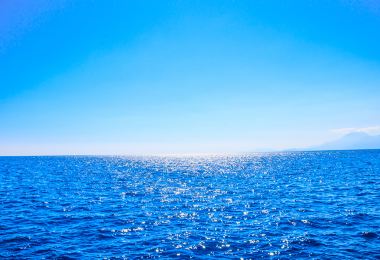 "Take a ferry at sunset. You can see the sunset Harbour Bridge and the Opera House on the ferry."

Reasons to Recommend: Roundabout Quay for all intents and purposes is the clamoring principle port of Sydney Cove, and the essential lane for all ship transportation. Arranged at the northern end of the Sydney business locale, the quay really is likewise utilized as a field for city festivities. It for all intents and purposes is a fairly short strolling distance from both the Opera House and the Harbor Bridge, and specifically is home to Sydney's Museum of Contemporary Art. Walk around the quay's bustling walkway loaded with eateries, shops and bistros, at that point bounce on one of its numerous ships to investigate another side of the harbor. 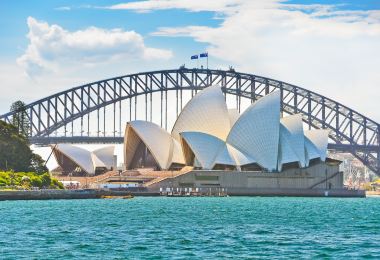 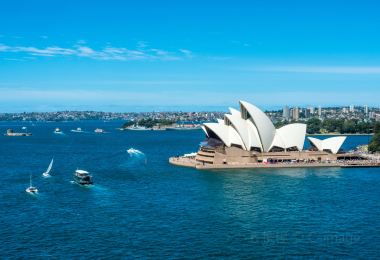 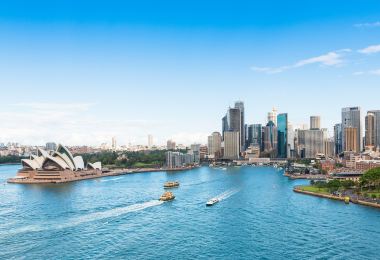 "Taking advantage of the sunny and happy mood, I will go to the Sydney Opera House and the surrounding area of the harbour immediately. The Sydney Opera House under the blue sky and white clouds is more beautiful. There are quite a lot of people. [View] Beautiful. [Interesting] High. [Cost-effective] Super high."

Reasons to Recommend: The Sydney Opera House is a symbol of Australia. It is recognized as one of the Seven Wonders of the 20th Century and is also a landmark in Sydney. Its white exterior, a shell-like sculpture built on the harbour, like scattered petals floating in the air, have for many years left observers in amazement. It houses a concert hall, a music theatre, a performance theatre, a children's theatre and a photography studio. Auctions, concerts and other events are held every month or even every week. 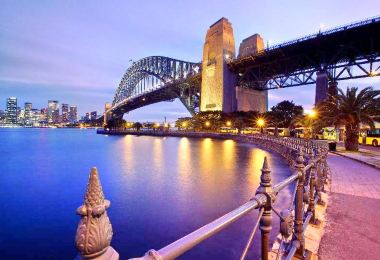 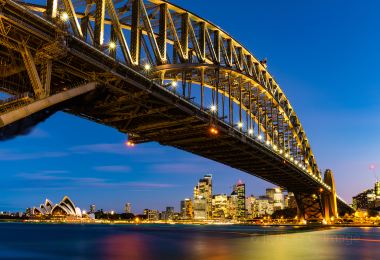 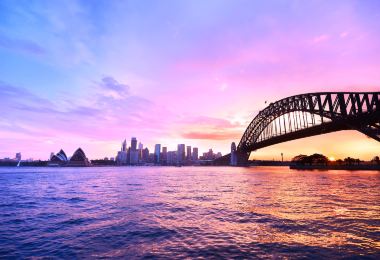 "A bridge spans the two sides, and it's the same for the main bridge to shoot from south to north or from north to south, but for this scene, the Sydney CBD on the south bank is mainly focused on the east side of the bridge."

Reasons to Recommend: The Sydney Harbour Bridge is construction representative of early Sydney. It is like a long rainbow across the bay, facing the world-famous Sydney Opera House across the sea, becoming a symbol of Sydney. Built in 1932, the Sydney Harbour Bridge has a total length of 1,149 meters, a width of 139 meters and a commanding height of 503 meters. It is a world famous steel arch bridge. Now climbing the Sydney Bridge has become Sydney's more popular tourist attraction, and it is one of the few bridges in the world that allows visitors to climb to the top of the arch. In addition to climbing, you can also drive under the bridge, take the train through the bridge or sail under the bridge, but the fullest experience is had by walking the bridge. 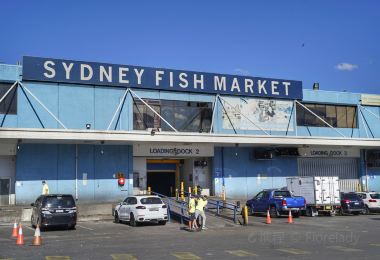 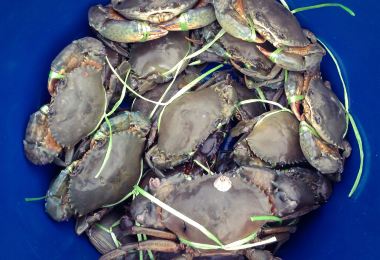 "I left a short time after the end of the afternoon, and I didn't sell all the food I had to eat."

Reasons to Recommend: The Sydney Fish Market is a combined wholesale, retail and catering market. If you are a seafood lover, the Sydney Fish Market is definitely a must for Sydney. There is a variety of seafood from Australia and abroad: huge Australian lobster, king crab, oysters, salmon, squid and more. Many seafood stores sell already processed seafood, or you can have it processed in other locations within the market which should be less expensive and very fresh. In addition to trying delicious food in a restaurant, you can take it outside and enjoy a delicious picnic. 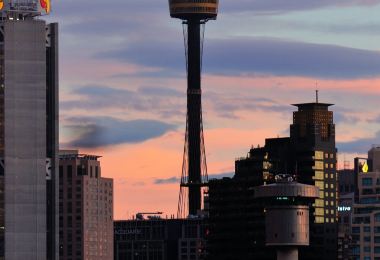 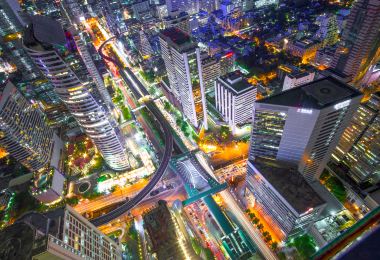 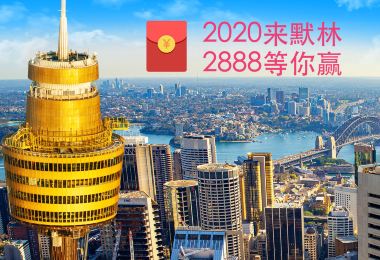 "Hello everyone, today I will share a few recent aerial photos with you. Because it is generally not possible to take aerial photos in the city, you are not here to talk to everyone. Everyone should be able to recognize several locations. Figure 12 Sydney Tower 3 Central Park Mall Figure 4 Central Station Figure 567 Uts Central Library In fact, there are many photos taken by aerial photography in normal times, but in the context of security, I don't want everyone to have an accident with unfamiliar controls because of a temporary impulse. I will continue to share my aerial photography with you in the future. #旅行#Photo#ins#打卡＃ photos#Australia#Sydney"

Reasons to Recommend: Built in 1981, the Sydney Tower is a observation point that offers a panoramic view of the city. And it is also one of the three landamarks of Sydney, together with the Sydney Opera House and Sydney Harbour Bridge. It is quite worthwhile to visit this Centrepoint. The short journey of 40-second high speed lift to the top itself is unforgettable. The Sydney Tower stands 300m above the CBD. The four sections are occupied respectively by two revolving restaurants, a observation deck and a café. The observation deck is equipped with high-powered telescopes, through which visitors can see the scenery as far as 70 kilometers. At the top of the Sydney Tower, you can also walk outside the tower 260 meters above the ground, exthremely exciting. 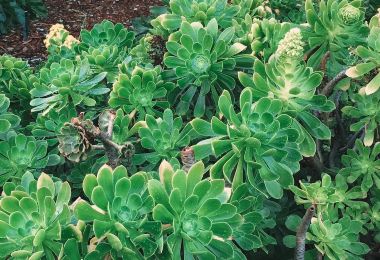 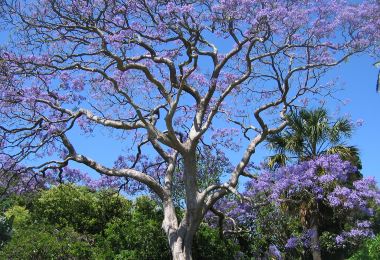 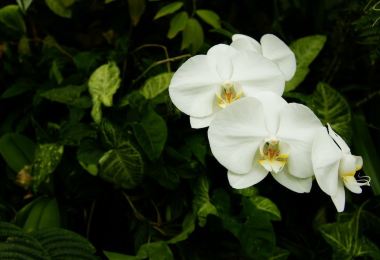 "Sydney Royal Botanic Garden is the most beautiful scenery in Sydney and the most recommended landscape, I come almost every day to visit at least two hours more, it is too edifying. The exotic grass here is too colorful."

Reasons to Recommend: Located in the heart of the city, the Royal Botanic Garden is within walking distance to the south of the Sydney Opera House. There are lots of blue cherries, gardenias, etc. in the Rose Garden. The iconic building - Sydney Tropical Centre is located at the south of the Garden. Its exterior glasshouse is ultra-modern. In the Botanic Garden, you can look out over the Sydney Harbour Bridge and the Sydney Opera House in the distance, which combines together to form one of Sydney's most prestigious views. And this is the perfect spot to take Sydney's iconic photos. 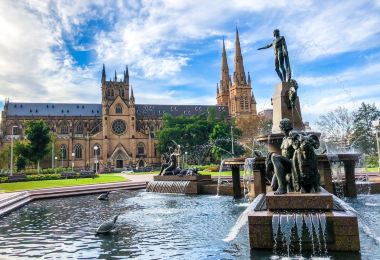 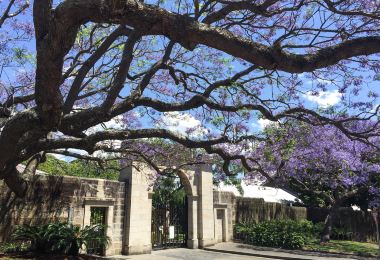 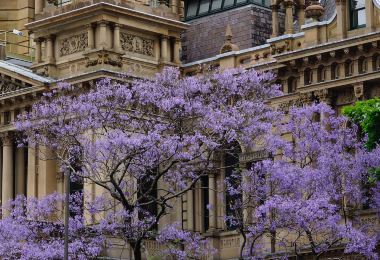 "Near the exquisitely carved stone archway is Hyde Park's famous "Speaker's Corner", also known as the "Freedom Forum". Since the 19th century, there have been speakers standing on the wooden box filled with soap every Sunday afternoon, so there is the word "democracy on the soap box". Most of the speakers stood on their own staircase, talking and giving their speeches."

Reasons to Recommend: Located in the heart of Sydney, Hyde Park was built in 1810 and is just a stone's throw from Saint Mary's Cathedral. The park is divided by Park Street into two, north and south. The south side comprises mainly of monuments such as the bronze statue of Captain Cook, while the north side features the Archibald Fountain as a centerpiece as well as beautiful boulevards. The fountain square is often filled with street performers and is an ideal spot for a leisurely stroll. 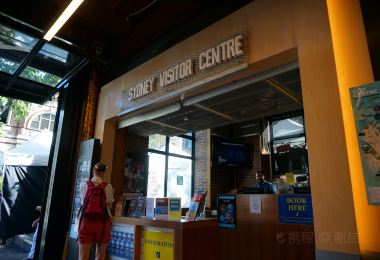 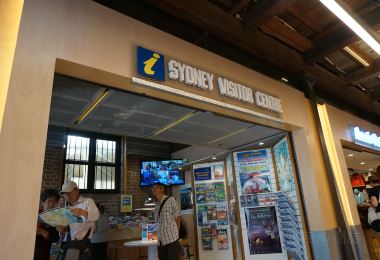 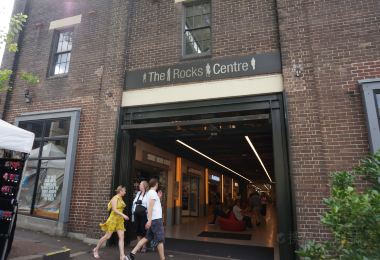 "Stayed here at the Sydney Backpacker Hotel in the single room (Double bed) 372 yuan. In fact, it is also a youth hostel, only the choice of single and bed rooms. Nearby is the famous Queen's Mall. A $30 key deposit is the highest in many hotels and hotels that have been held, many of which have not yet taken the deposit. Public health is generally, the WIFI speed is very unstable and slow, surrounded by high buildings, the environment is quiet but no view."

Reasons to Recommend: The Rocks is the birthplace of Sydney and has been transformed into a tourist precinct since 1970. Located in the shore of the bustling Sydney Harbour, , the Rocks houses ancient colonial buildings which are now transformed into bars, restaurants, galleries and souvenir shops. The Cadman`s Cottage next to the Sydney Visitor Centre is a historic residential building dating back to 1845. Although the Rocks is not large, there are quite a lot of activities. If you want to learn more about the early history of Sydney, you can take a ghost tour around the Rocks, walk through the alleys illuminated by lanterns, and listen to the legendary stories. 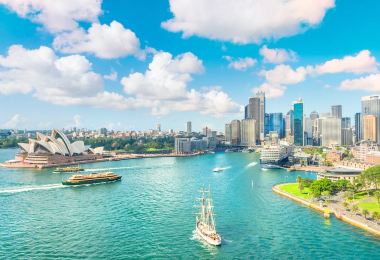 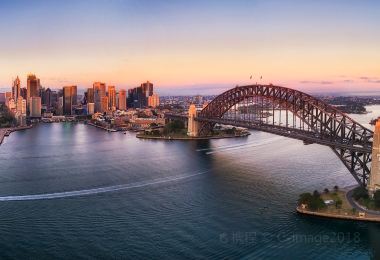 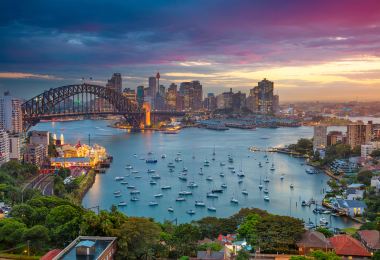 "The famous Sydney Harbor in Sydney, Australia, has the Sydney Bridge and the Sydney Opera House, and the best thing to do is to take a boat, either a public transportation ferry or rent a yacht, to get a close look at the two iconic buildings in Sydney. The south Pacific is on the east side, the blue water here, the unmissable attractions in Sydney."

Reasons to Recommend: The natural harbour associated with Sydney, Australia is an iconic one, featuring the famous Sydney Opera House and the Sydney Harbour Bridge. Located within Port Jackson, Sydney Harbour was the first European settlement in Australia, where British explorer James Cook landed in 1770 during the voyages that led him to discover the Hawaiian Islands. Today, Sydney Harbour is full of energy, where yacht races and New Year’s Eve celebrations are held annually.