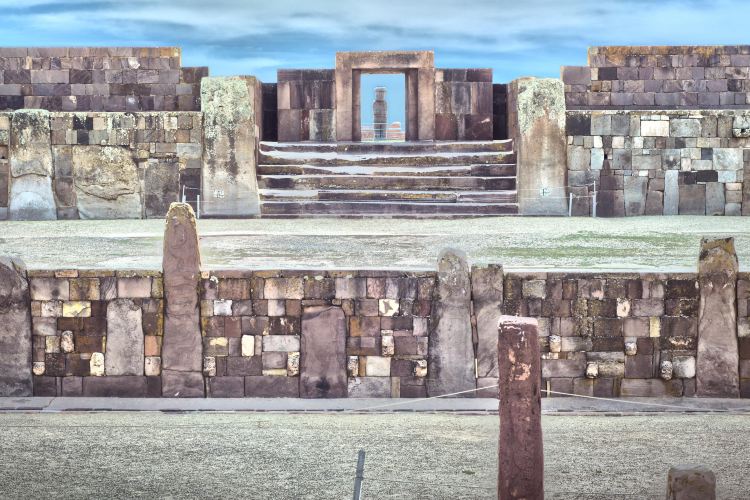 Tiwanaku, Bolivia is a large temple located in Tiwanaku, western Bolivia. Talking about the Inca civilization, it is also the world’s lost ground civilization. The ruins have huge stones, the largest being 7.81 meters high and weighing about 131 Ton. It is still unclear how these huge stones were transported. It is one of the unsolved mysteries in the world. About 20,000 years ago, the technology at that time was limited. Tiwanaku is considered to be one of the tallest and oldest urban centers ever built. It was placed at an altitude of nearly 13,000 feet. North of Akapana is the Temple of Karasasaya. This is a large, elongated and circular open temple surrounded by huge walls of red sandstone. It is considered an ancient observatory. The entrance is located in the center of the east wall with seven stairs and two stone sculptures on each side. There are other megaliths inside, such as the "Priest" megalith and the "Sun Gate", which is one of the most famous buildings in Tiwanaku. It is made from a piece of volcanic rock and is believed to weigh 44 tons. Another impressive structure is the smaller "Moon Gate". To the east of the main entrance of Karasasaia is a semi-underground temple. It is made of red sandstone and the walls are decorated with 175 unusual sculptures of human faces.