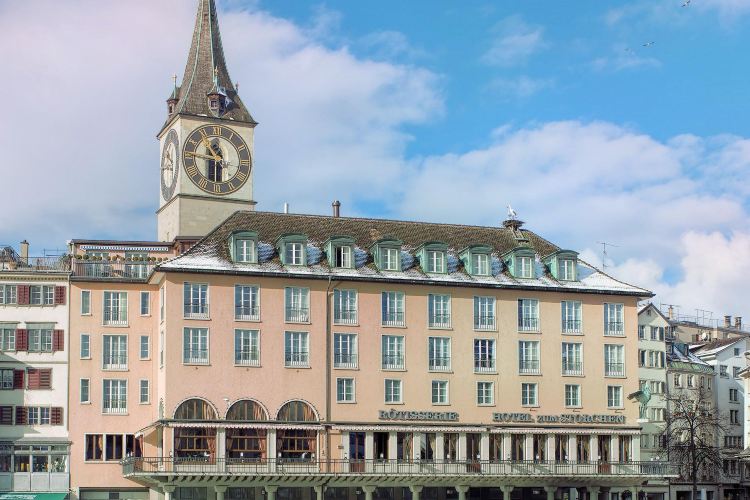 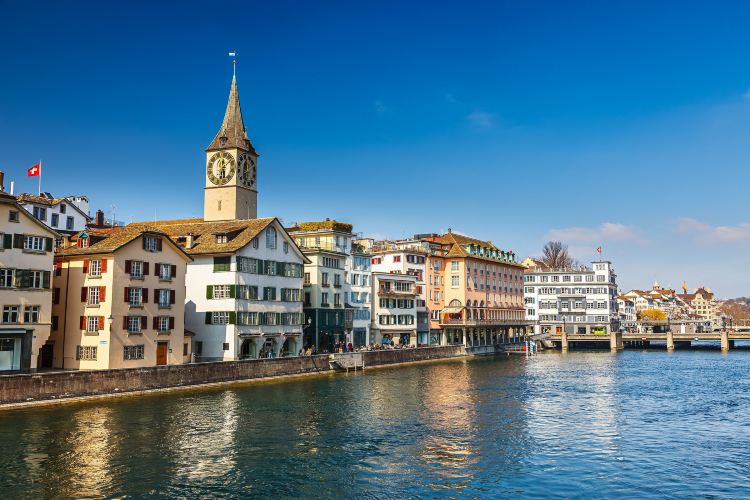 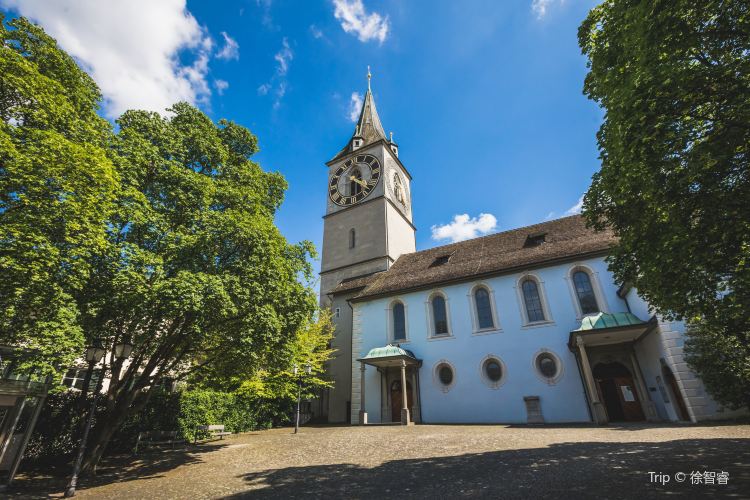 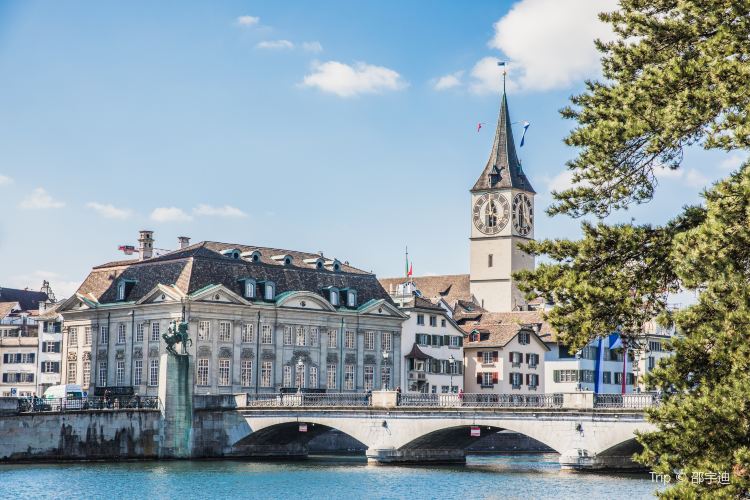 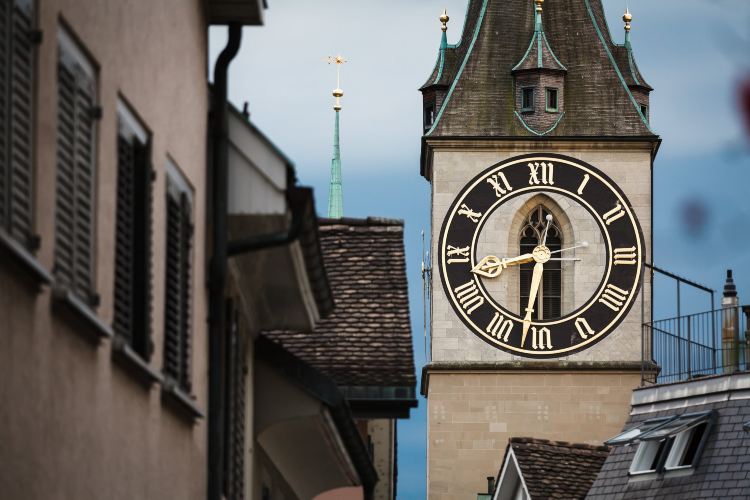 This is also a medium-sized church by the river. The main building is a bit like a modern building with regular walls and windows. Its highlight is that there is a large watch on the tower with golden numbers and moving needles, which is very conspicuous.