Easter is just around the corner but there's still time to plan a getaway! To help inspire you, here are some of Australia's top Easter destinations that are easily accessible and appealing to families, couples and groups alike.

Cairns is known as the gateway to Queensland's tropical north that can be enjoyed year-round with its warm weather and abundance of things to do. Take advantage of the great cafes and markets in the city and spend some time to relax on the local beaches.

Whether you are a snorkeller, first-time or experienced diver, it's likely you'll want to use this chance to explore our incredible Great Barrier Reef. Cairns is a great starting point with a vast array of reef tours available departing from the wharf. There are also plenty of day trip options if you have a car: take a trip to Kuranda, Palm Cove or the World Heritage-listed Daintree Rainforest. 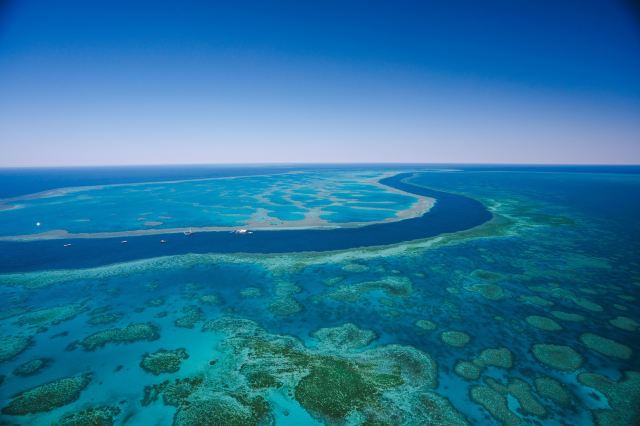 As the weather starts to get cooler in April elsewhere, there's real appeal to hanging on to summer by heading to the Gold Coast. Add to this the many perks of a developed tourist destination; the long list of attractions, resort-style accommodation and a variety of dining options and you've got yourself a winning holiday spot!

No matter what age you are or how many times you've been, it never gets old spending a day out at one of the local theme parks like Warner Bros Movie World or Sea World. For the animal lovers, visit the koalas at Currumbin Wildlife Sanctuary and Lone Pine Koala Sanctuary are great attractions. If nightlife is more of what you're after then you will most certainly find what you're looking for in Surfers Paradise with its numerous bars, nightclubs and restaurants. For something more off the beaten track, escape to the Hinterland and get back to nature at Lamington National Park or Springbrook National Park. 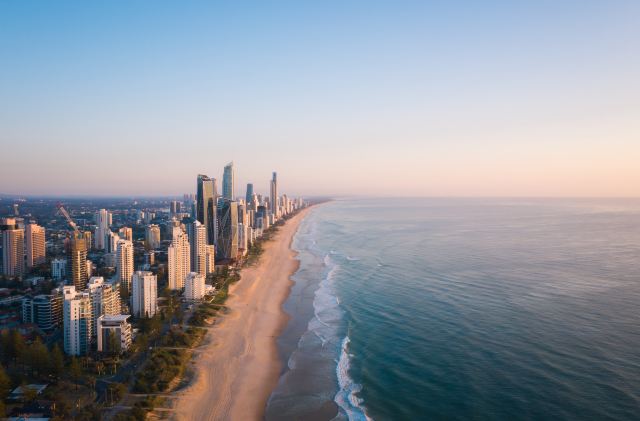 Situated along the Tamar River, the city of Launceston is easily accessible by plane from major Australian capital cities. If you like being active on holiday then there will definitely be an activity for you. As the city is quite compact, it is easy to find your way on foot or to hire bikes and cycle. Hiring a car will be your best bet to get around to nearby attractions and other regions of Tasmania (Cradle Mountain is only 2 hours' drive away), especially if you’re there for an extended long weekend.

During your trip don’t miss out on visiting Cataract Gorge - First Basin, which is really the city’s main attraction. A wilderness gem only 20-30 minutes walking distance from the city centre, or a few minutes drive, you can spend an entire day here exploring the network of walking trails and gardens. Go for a swim and enjoy a ride on the scenic chairlift then make the most of the facilities including bbqs, a cafe and restaurant. If the mention of food gets you excited, set some time aside for a trip to Grindelward Swiss Village and the scenic Tamar Valley, home to Launceston's main wine region and Tamar Valley Dairy. 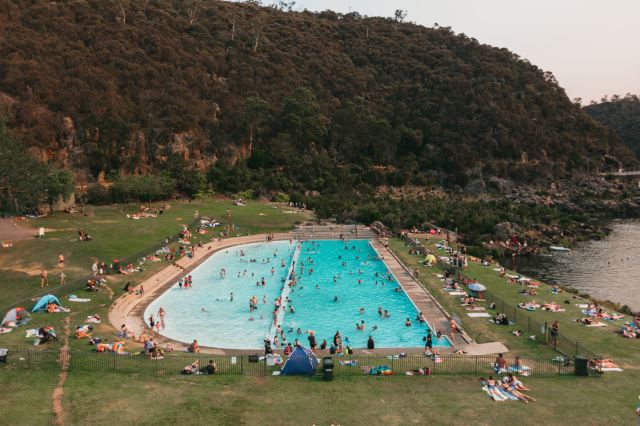 If you've never been or it's been a while since your last trip, then the city of Adelaide may be the Easter holiday for you! Despite being known as one of Australia's smaller cities, it's been getting increasingly more attention as Aussie explorers begin to realise its true value with an interesting history and culture scene. Spend some time visiting the Art Gallery of South Australia then head to the Adelaide Botanic Garden. Or if you're more into nature, take a trip to Glenelg Beach or to the Yorke Peninsula for a breathtaking coastal walk.

For a day trip from the city, it's easy to visit the Barossa Valley, famed for its award-winning shiraz or the Adelaide Hills. Adelaide is also a great launchpad to discover the many other treasures of South Australia if you have a week or two to spare. Hire a car or campervan and set off on your own adventure up towards Wilpena Pound in the Flinders Ranges for a taste of the Outback before heading on to Eyre Peninsula and Port Lincoln where you can swim with sea lions or great white sharks if you're up to it.

Hobart, Tasmania's capital, is the second oldest capital city in Australia giving you an abundance of heritage to discover. Combined with the scenery and cultural aspects it packs a punch as a long weekend destination or as a starting point for a roundtrip of Tassie if you have some annual leave saved up.

Some of Tasmania's top attractions can be found in and near Hobart. Salamanca Market is on every Saturday in Hobart and will give you a sublime taste of the fresh local produce that the state is so well-known for thanks to its cold climate and remote location. Kunanyi/Mt Wellington is only a 20 minute drive from Hobart and rewards you with panoramic vistas of Hobart, Bruny Island, South Arm and the Tasman Peninsula. Then there's the Museum of Old and New Art, fondly referred to as MONA, that should also be on top of your list. 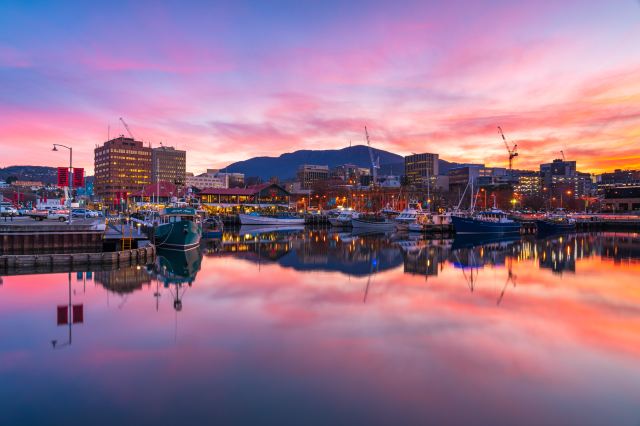 Uluru, or Ayers Rock, is a bucketlist destination for many that deserves at least three days or more so you can enjoy all that Uluru-Kata Tjuta National Park has to offer. With that in mind and the Easter long weekend upon us it is the perfect opportunity to visit this iconic Australian destination.

To get there you have a few options. Fly to Ayers Rock/Connellan Airport in Yulara direct from a nmber of Australian cities including Sydney, Melbourne, Brisbane, Darwin, Adelaide and Alice Springs.You could also fly to Alice Springs Airport and then drive what is called the Red Centre Way, where arranging a car in advance is recommended.

To optimise your time, plan your daily itinerary ahead to make sure you fit in everything you want to do. View Uluru at sunset/sunrise, go on a walk, learn about aboriginal rock art and history tours, visit Kings Canyon and more. 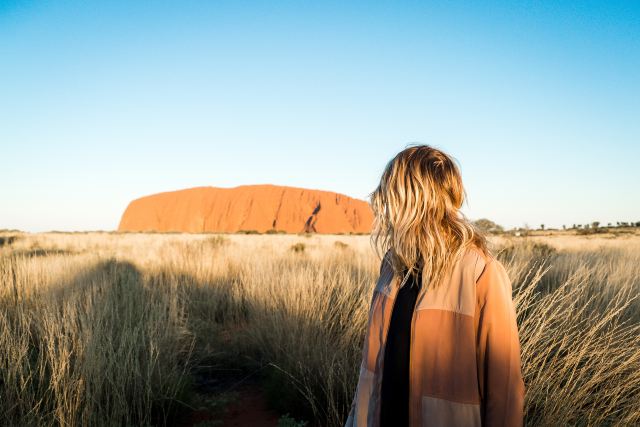 The Sapphire Coast is approximately halfway between Sydney and Melbourne. By car it takes 6-7 hours, or about three hours from Canberra. By plane you can fly to Merimbula airport, making it a convenient short flight from Sydney. Part of the South Coast of New South Wales, the Sapphire Coast region is made up of numerous towns, which include Bega, Bemboka, Bermagui, Brogo, Candelo, Cobargo, Eden, Merimbula, Pambula, Tahra and Wonbyn.

For new visitors to the Sapphire Coast, a must-see is Horsehead Rock at Bermagui. While you're there not only will you be gazing at an incredibly fascinating rock formation but you'll also be looking at one of the oldest rocks in NSW at approximately 500 million years old! While in Bermagui another must-see site is the famous blue pool. This is a natural ocean rock pool filled with clear ocean water on the side of a stunning cliff face, need we say more? 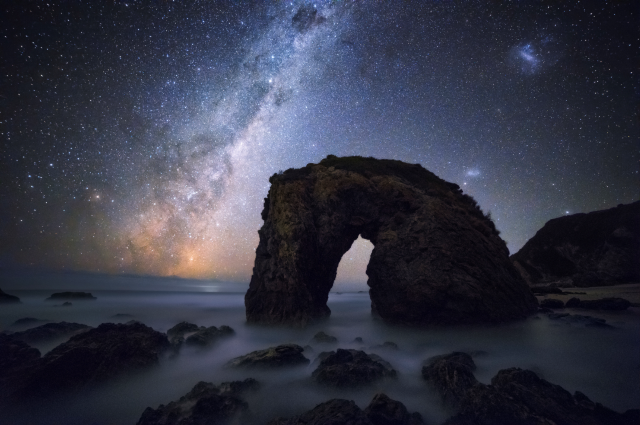 Only three and a half hours' drive from Sydney, travellers are slowly catching on that Orange is an ideal long weekend destination thanks to its small town hospitality, emerging culinary scene and exceptional vineyards. Settled amongst a stunning country landscape, the dormant volcanic peak that is Mt Canobolas offers plenty of outdoor adventure opportunities. Go on a nature hike, bike ride or swim at Lake Canobolas.

Over the years the foodie scene has started to really grow with many local wineries having award-winning restaurants on site and new contemporary Australian restaurants opening in town. If you want live music and lively nightlife on a rooftop head to the Greenhouse of Orange, you won't be disappointed. Some of the most popular cellar doors include Heifer Station, Rowlee Wines, Nashdale Lane and De Salis Wines. 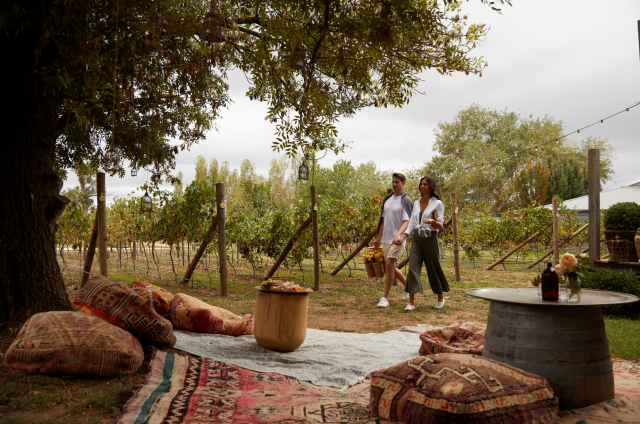 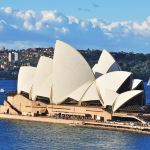 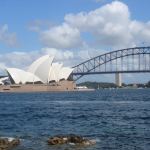 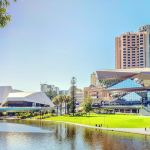 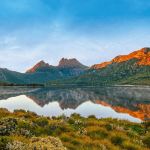 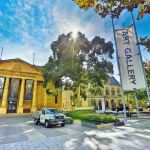 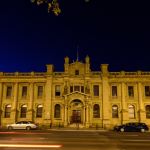 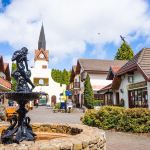 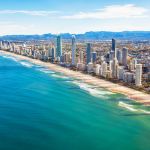