While you currently may be unable to visit Seoul, you can now explore this amazing metropolis from the safety of your home. Discover an electrifying destination: speak like a local, learn a new recipe, immerse yourself in a virtual tour, and feel the “k-pop beat" with a Seoul-inspired playlist.

Seoul, the capital city of South Korea, is a thriving megacity with an energetic youth scene and a long history. The magnificent natural landscape and modern skyscrapers merge together to form a city that is known for its energetic culture and traditional history. Gyeongbokgung and Changdeokgung Palaces are ancient palaces, while Bukchon Hanok Village and Namsangol Hanok Village are well-preserved traditional Korean villages. In Myeong-dong, Dongdaemun Market, Sinsa-dong and Samcheong-dong, you can find all kinds of leading fashions, including clothing, jewellery and make-up. Once night falls, Seoul is even more magnificent. Climb atop the YTN Seoul Tower to feast your eyes on the city's glittering nightscape. The Han River is the background of many beloved Korean soap operas. Seoul's delicious food is not to be missed. Bibimbap, kimchi and Samgyetang (Korean ginseng chicken soup) are all delicious in their own right.

Learn the Basics of the Korean Language 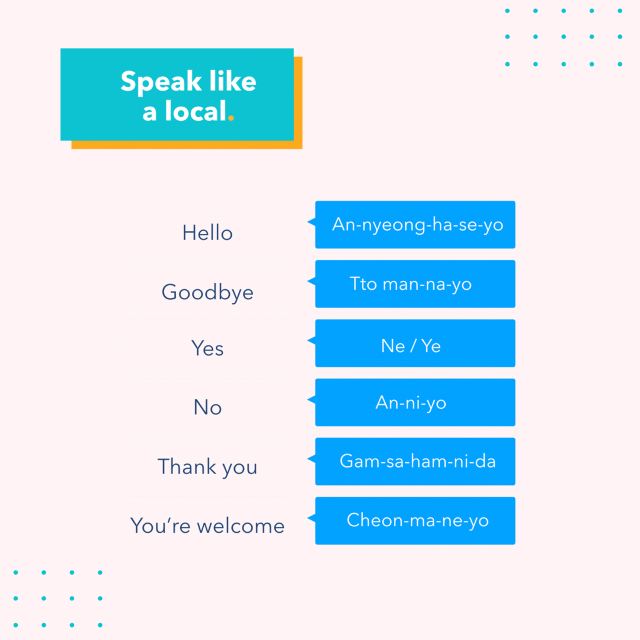 The Korean language is spoken by over 75 million people worldwide. While 48 million live in South Korea and 24 million in North Korea, there are more than 2 million speakers in China, approximately 1 million in the United States, and about 500,000 in Japan. It is believed that the origins of Korean comes from a northern Asian language known as Altaic, which includes Turkish, Mongolian and Japanese. 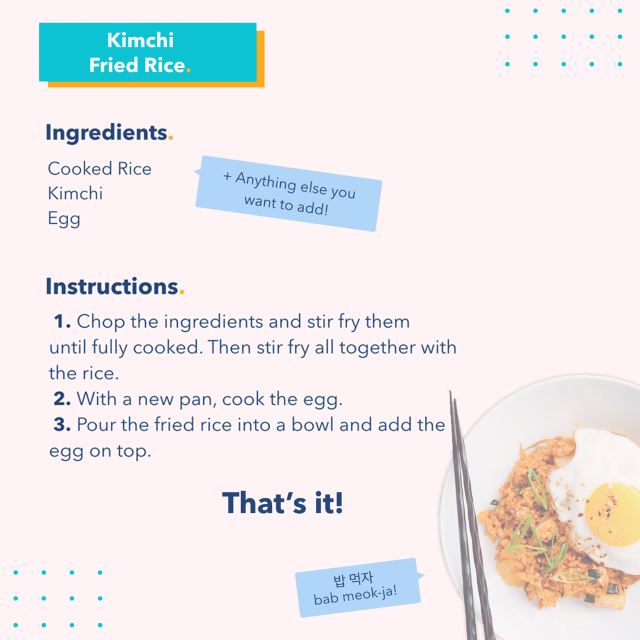 South Korea has had a very long and rich history with multiple outside cultures influencing and merging with the native culture to create a new dynamic. Nowhere is this more evident than in the food of Korea. Rich, nuanced, layered, and outright delicious, anyone who visits Korea must absolutely indulge in some of Korea’s delicacies. Incredible Korean foods are not restricted to the high-end restaurants but are also a great unifier of people from all social backgrounds. With a strong work ethic, most people in Korea prefer to eat out. This has resulted in a vibrant culture surrounding Korean street food that is not just delicious and affordable, but also healthy.

Listen to K-pop on Spotify 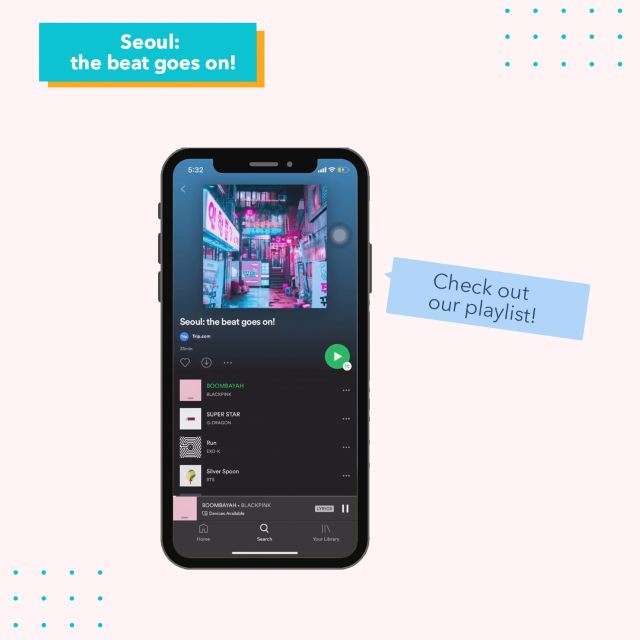 Originating from South Korea, K-pop is now a global phenomenon that reflects a vibrant pop music subculture that has become popular around the world. While in Seoul, a popular activity is to go on a day tour where you can experience all things K-pop. Visit some of the agencies of the biggest music artists and get the chance to see K-pop idols as you follow the footsteps of a true K-pop fan.

Click here to listen to a curated K-pop playlist 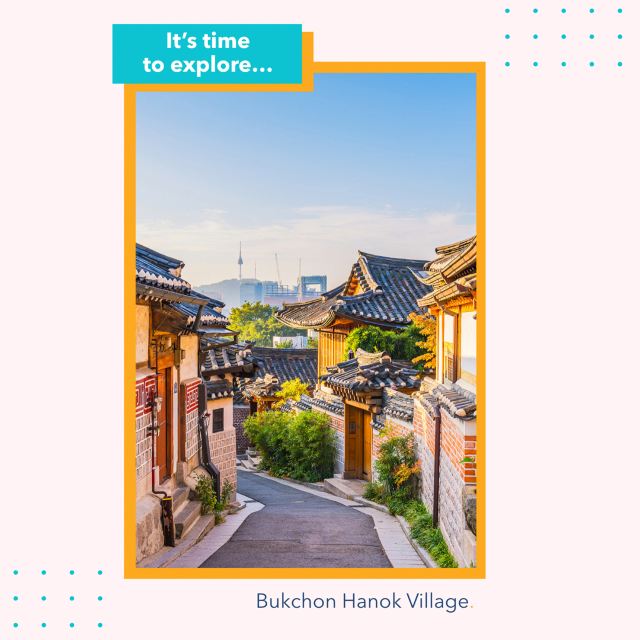 Bukchon Hanok Village is a classic traditional residential area in Seoul. The houses are all perfectly preserved blue-spring houses of the Joseson era. Here you will also find a number of Korean restaurants, hanbok stores, and traditional handicraft workshops. The area now also includes an array of cafes, Western restaurants, clothes stores and galleries in traditional Korean houses. 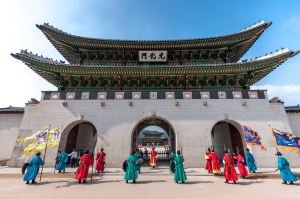 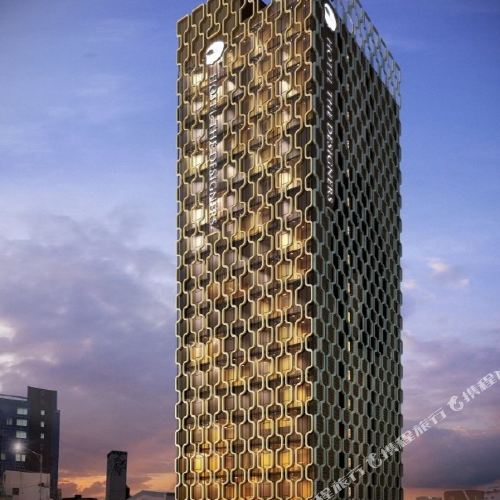 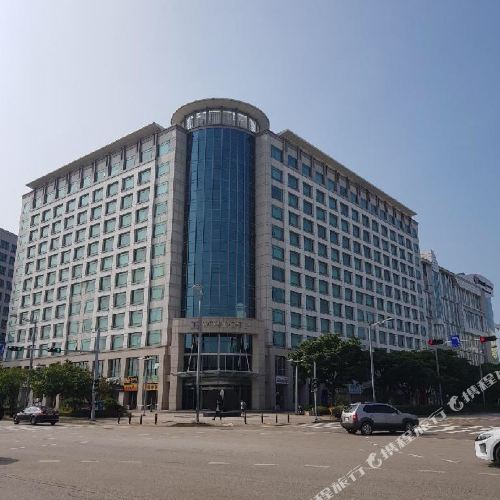 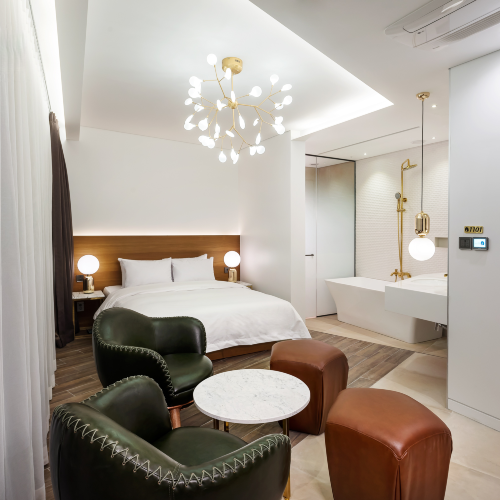 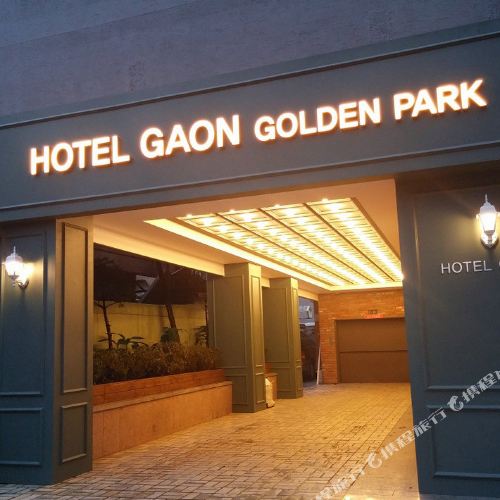