The Louvre lies on the right bank of the Seine River from east to west, both sides of which are 690 meters long. The whole building is magnificent and magnificent. The pyramid building on the square in front of the palace is a new entrance for the modern reconstruction of the Louvre Museum. This is the masterpiece of Chinese architect Du Yiming. With such outstanding design, it has increased the service space and facilities of the Louvre Museum, optimized the tourists'visiting routes, and at the same time, the pyramid has added a new dazzling glory to the Louvre Museum. New landmarks in Paris. One of the treasures of the town hall is Broken Arm Venus. This is the world's well-known statue of the goddess of beautiful young women. Marble sculptures from ancient Greece are well proportioned and handsome. Although the right arm is incomplete, they still show the unique curvilinear beauty of women, which is graceful and charming. The Broken Arm Venus has shocked the whole world with its unique charm. Mona Lisa's smile is the second treasure of the town hall. This is Leonardo Da Vinci's masterpiece in 1503. The paintings are embedded in the walls of the hall in the middle of the second floor, which is obviously specially protected. Through the glass cover, you can clearly see this world-famous work. Leonardo Da Vinci described the inner of the characters through various pen strokes, making the Mona Lisa's smile seem subtle and unpredictable. The charming dream-like smile is called "mysterious smile" by many art historians. What's more wonderful is that no matter what angle you look at it, her gentle eyes always look at you with a smile, vivid and unusual, as if she were right beside you. The third treasure of the town hall is the statue of the goddess of victory. It is also a masterpiece of ancient Greek sculpture. Although the head and arms of the statue have been lost, it has not affected her artistic value at all. From any angle, viewers can see and feel the ambition of the Victory Goddess to fly. It is inconceivable that the nameless artists in ancient Greece carved the goddess'skirts as thin as cicada wings on marble. The clothes reveal the full and elastic body of the goddess. The texture of the dress and the sculpture of the pleats are amazing. There are countless art treasures in the Louvre, each of which has a very high artistic value. A bottle of sculpture can see the slightly uplifted meridians under the skin. A healthy and beautiful body makes people admire from the bottom of their hearts. An oil painting can make people feel the historical scenes, and a deep vision makes people think deeply. 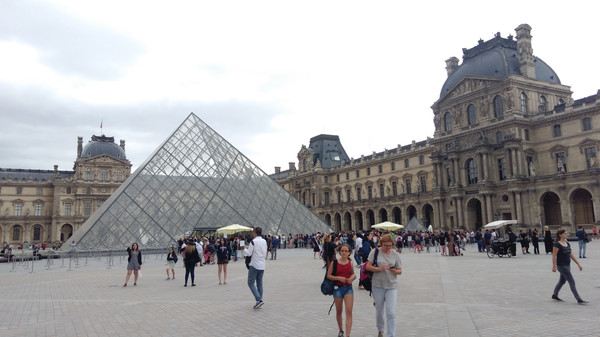 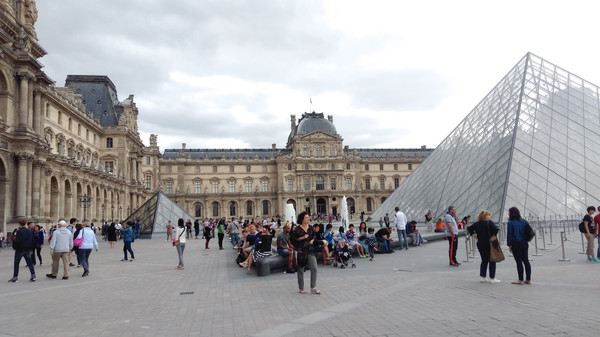 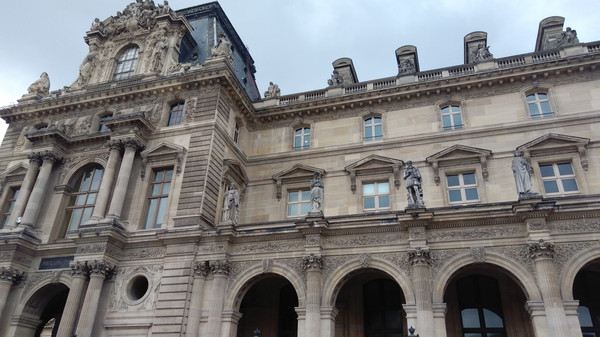 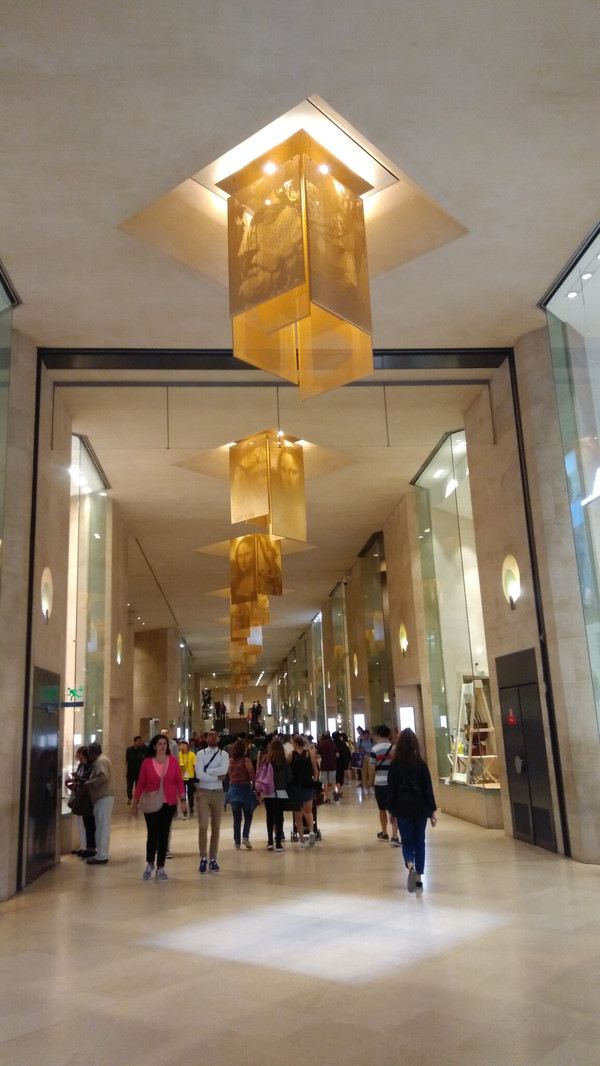 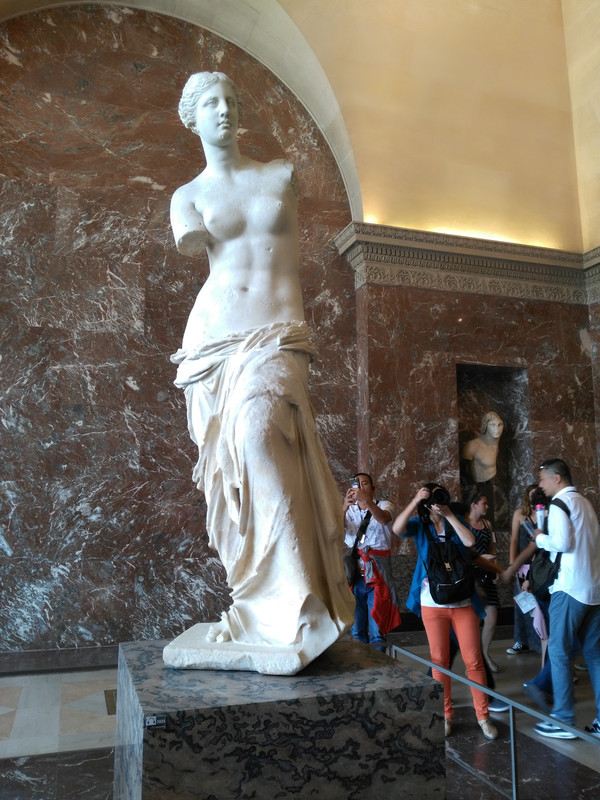 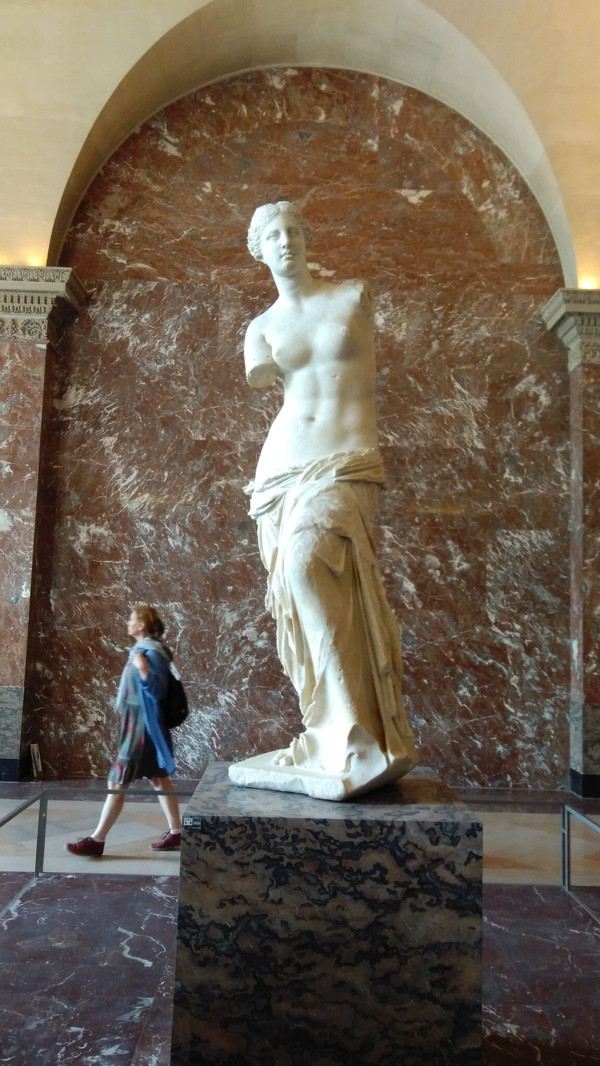 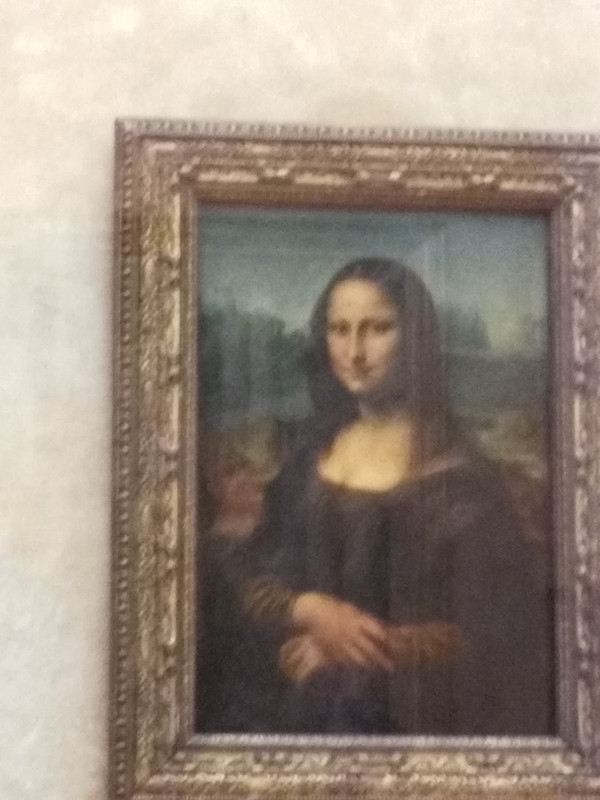 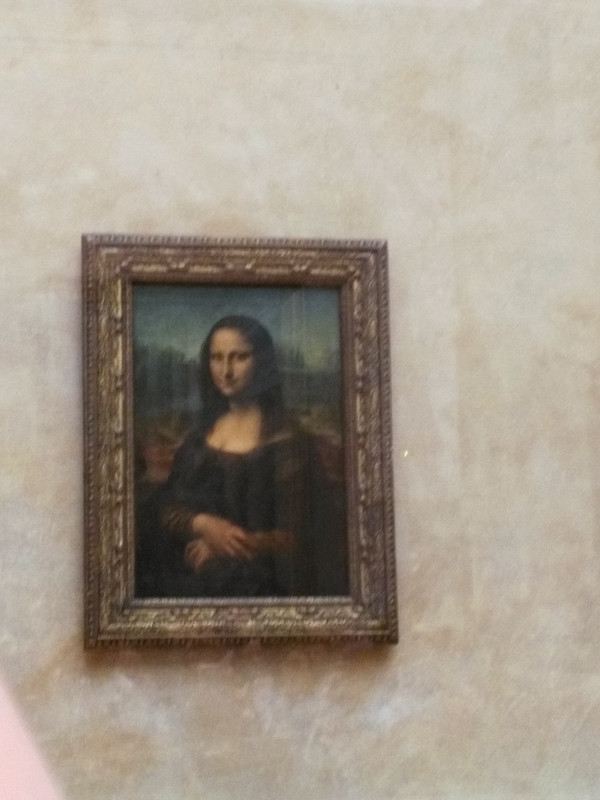 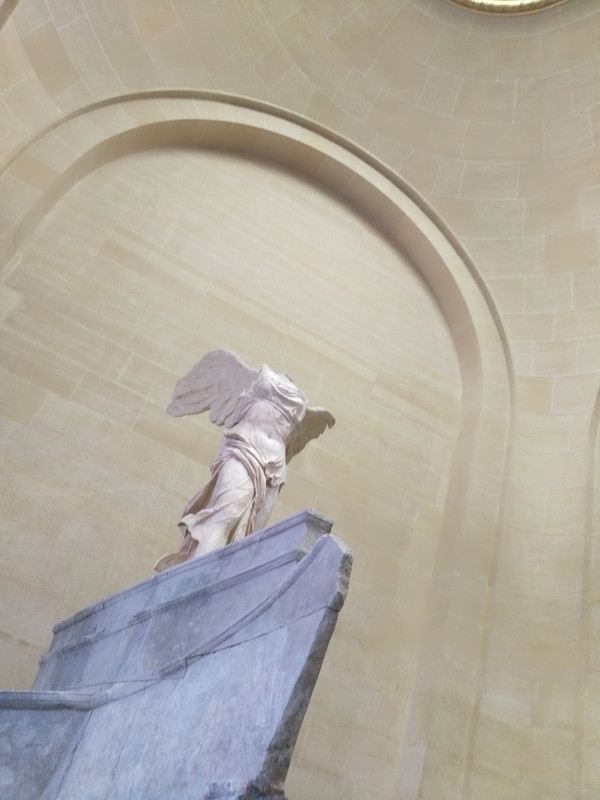 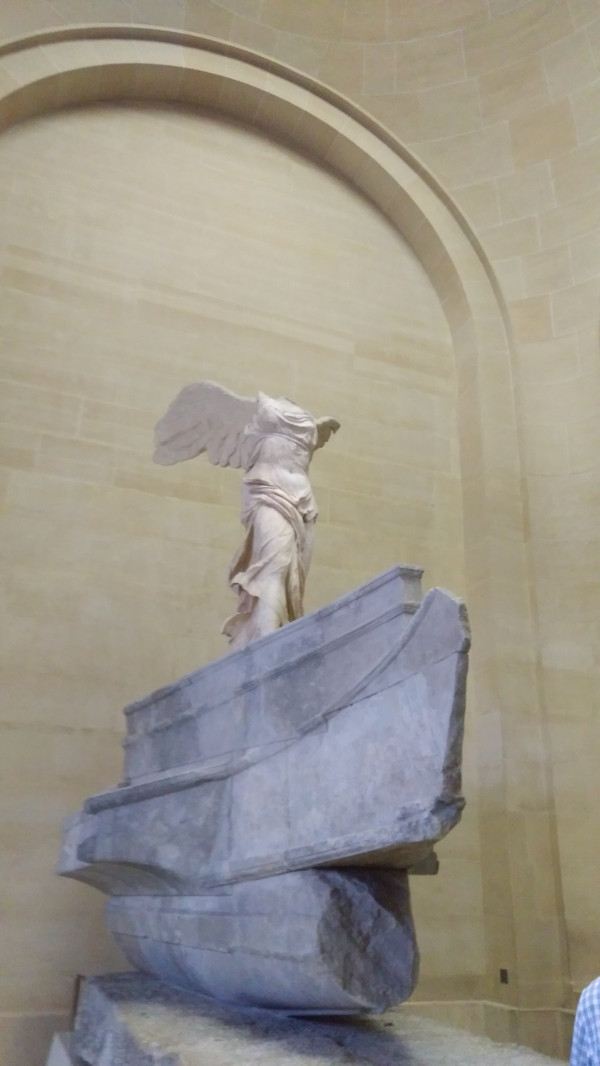 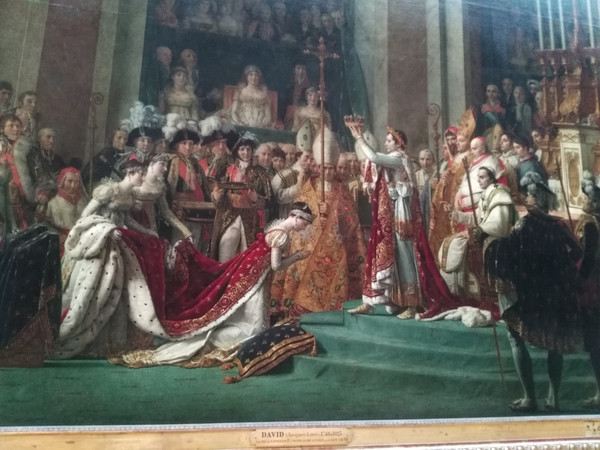 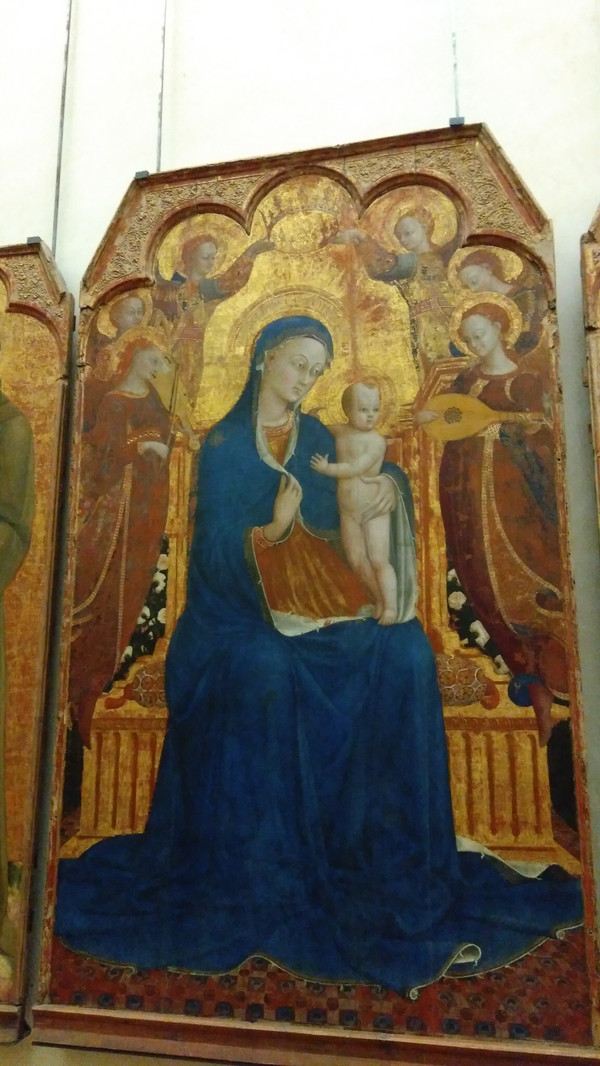 E36***90
E36***90
5/5
Reviewed on 7 Feb 2020
0
5/5
I call it the Love~ love love loved it! it’s massive! The artwork, the sculpture, the paintings, make sure you give yourself at least one full day minimum, 2 or three would be better. It did not disappoint!
_We***49
_We***49
5/5
Reviewed on 21 Jun 2019
0
5/5
that the place where u can see monalisa .. in fact 90% of tourist that go to louvre just to a glance of the famous art piece. Anyway the louvre it self is a historic monument and world largest art musume . those on buget could just visit the site without entering the musume . one could always purchase ticket online to skip the que .. non peak is about 30min peak can be up to 2 hour qaiting time . prepaid ticket can by purchase via trip.com
Quinissa
Quinissa
5/5
Reviewed on 9 Aug 2019
0
5/5
Louvre is a very big museums, in total it feels like there are 10 museums in one place! Make sure you plan your route well, as it is so big, to see everything maybe you will need about 3 days! So, I would suggest just research which arts that you would really want to see, so you will save alot of time. Outside the museum is really beautiful too. Don’t forget to visit this attraction if you go to Paris.
E14***37
E14***37
5/5
Reviewed on 27 Oct 2019
0
5/5
a great place that will last forever in your memory. countless ancient paintings and sculptures. so many diffetent sections from other parts of the world. followed by an outdoor big relaxing garden.
Show More