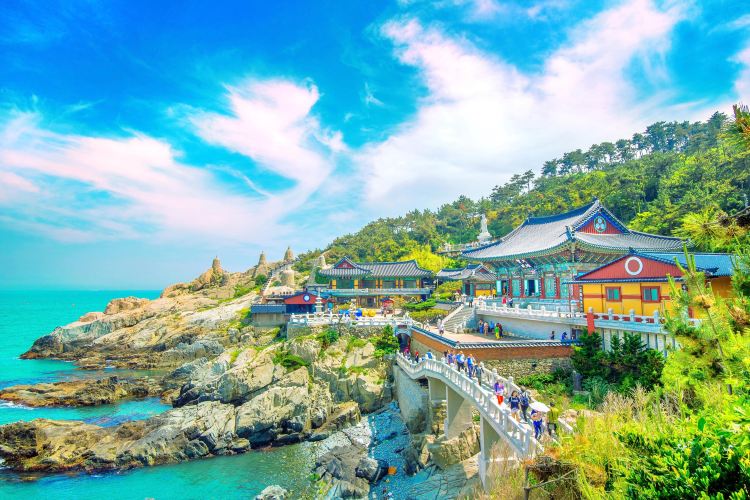 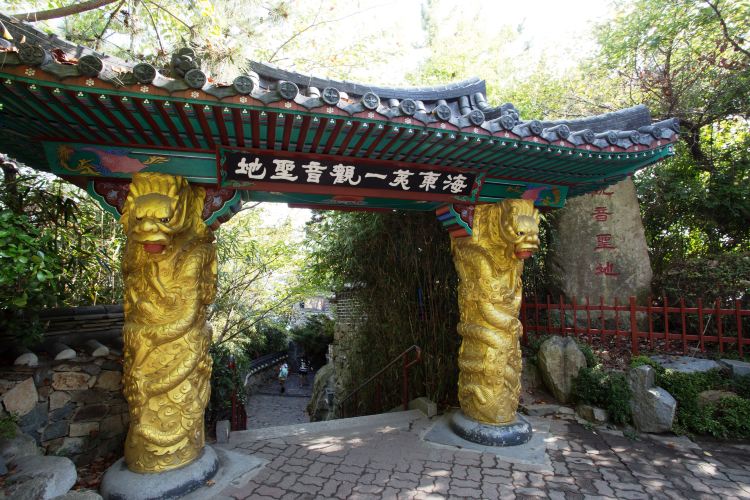 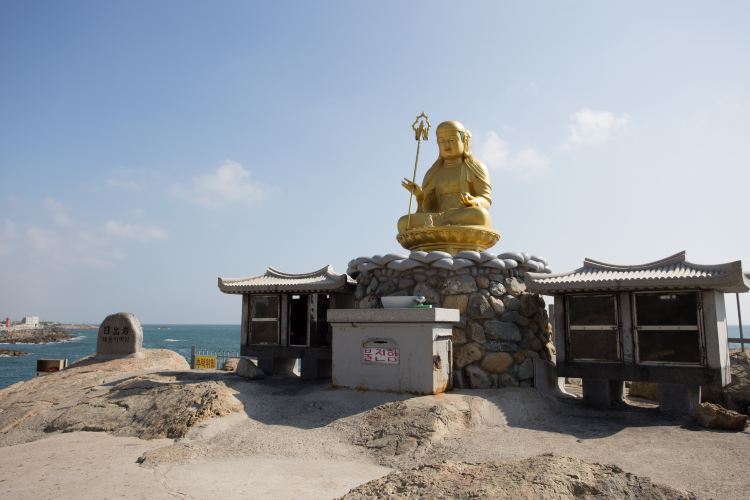 the most beautiful temple by the sea! its worth the trip. You can get there easily by bus, or you can take a taxi there. Beware if you go by bus you still have to walk uphill about 10 minutes or so before you reach the temple. It’s free.

Post
My family asked me, do Koreans believe in Buddhism? I stumbled. I was impressed that South Korea is a country with many sects. It is only after I found out that Buddhism is still the largest religious school in Korea. Haidong Dragon Temple is the only temple in the sea in South Korea. The incense here is very prosperous. There are various Buddhas in the temple, in addition to Guanyin, as well as pharmacists such as Buddha, male Buddha, and learning. Become a Buddha. It is said that the belly and nose of the male Buddha have been touched, so that the boy can be blessed, so now the nose and belly of the male Buddha are bright and bright. Many of the people who come here to seek Buddha are mothers.

Guo’s_TravelNote
The famous Haedong Yonggungsa Temple in Busan was founded by Master Lazy Weng in the 1376 period of Gao Liyu. This beautiful temple was built on the seashore, backed by mountains and facing the sea. From the entrance of Haedong Yonggungsa Temple, there must be 108 steps to reach the Daxiong Hall, while in the middle of the 108th step is the Sunrise Rock. If you come early, you can stand on the rock and you can hear the sound of the waves hitting the rocks near the shore. While enjoying the spectacular scenery of the sunrise, and you can see the amazing view of the "Golden Dragonfly" on the Sea Dragon King. Located in front of the main hall of Daxiong, the gorgeous three-story stone pagoda is a beautiful sculpture. It is said that a rock with a mighty shape is called the Longyan Rock (also known as Maitreya Rock). Later, because the temple was destroyed during the turbulent period of the Yuchen, and the coast warning line was added during the confrontation period of 6-25 between the North and South Korea. The place was completely rocky taking away, the leading rock, and was also submerged in the long river of history.

What other similar attractions are recommended in Busan?