The Saint Sword Temple was built in the 12th century and belongs to Buddhism. Look at the legend of the Sword, the jewelry-inlaid tower, the masculine symbols of stone tools, the layers of stone doors, fairy sculptures. Background" The Temple of Saint Sword was built during Jayavarman's reign of Hanyebama VII. According to legend, Yabamo II gave his heir a Saint Sword, hence his name. According to legend, Saint Sword Temple was once the palace of the king, where he lived when he rebuilt Angkor. It used to be one of the most important temples for Khmer people. The most important festival ceremonies were held here. Thousands of people supported and maintained the temple. At the gate of Saint Sword Monastery, we saw the scene of "stirring the milk sea" for the first time, but the head of Asura and God was badly damaged here. The "Stirring the Milky Sea" is one of the famous Indian myths, which illustrates the entanglement between Asura and the God (Thura). It also shows the greedy side of God. Asura, together with the God of heaven (Thura), asks for "The Dew of Life", Thura embraces the dragon's tail, and Asura embraces the dragon's head, stirring the Milky sea. This dragon is the NAGA in Indian mythology. The main feature of Saint Sword Temple is the two-storey stone building in the Northeast corner, which is totally different from the other buildings'stacking style. Like the ancient Greek temple, this is the ancient Tibetan Sutra Pavilion. The wooden structure has disappeared for a long time, leaving only the stone pillars at that time. 2. There are exquisite and beautiful relief walls in the temple. It is worth seeing. A stone door is decorated with statues of gods. On the walls are decorated with countless celestial dancing goddess Apsara, with graceful posture. 3. Angkor's trees grow a little presumptuous and ride on buildings in various ways. 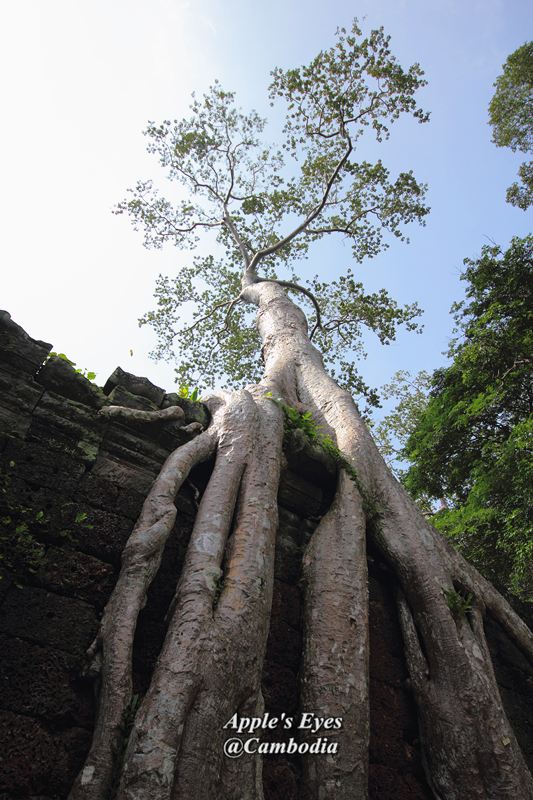 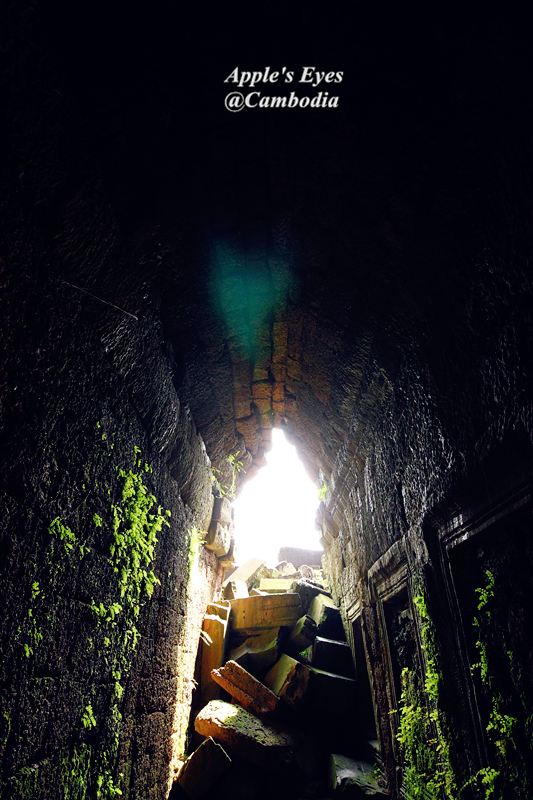 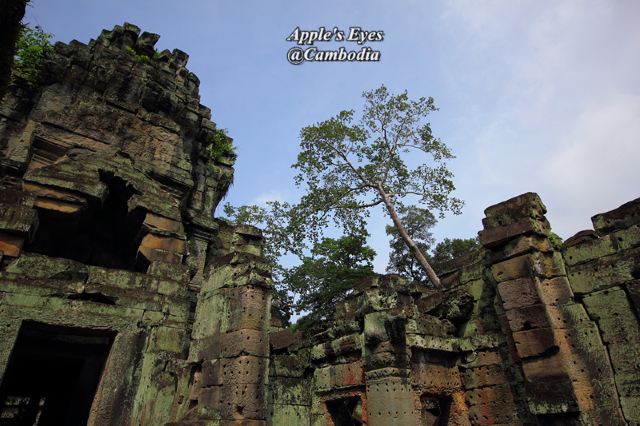 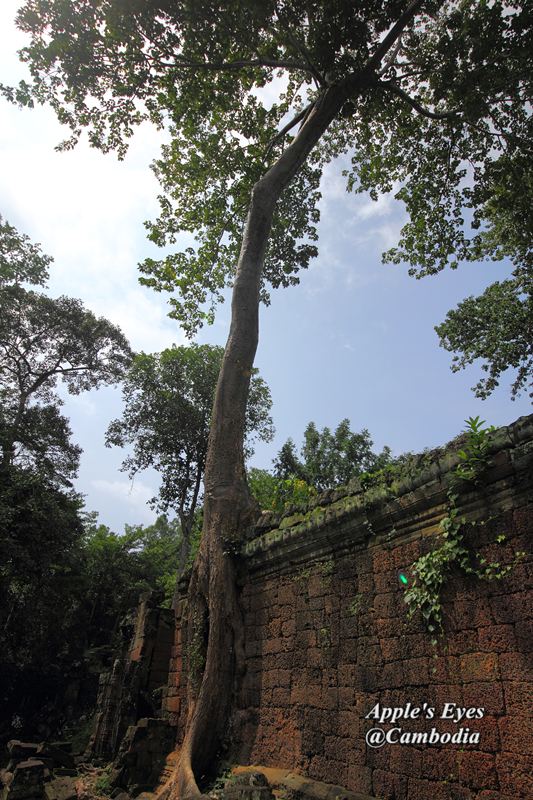 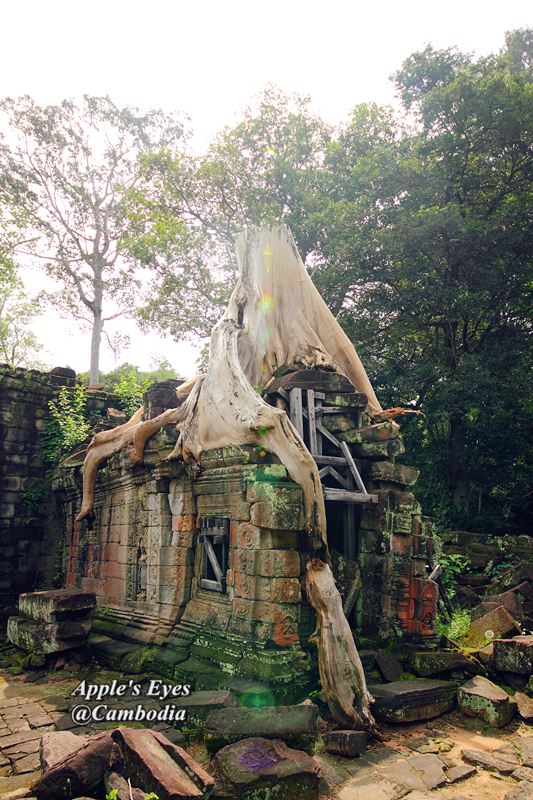 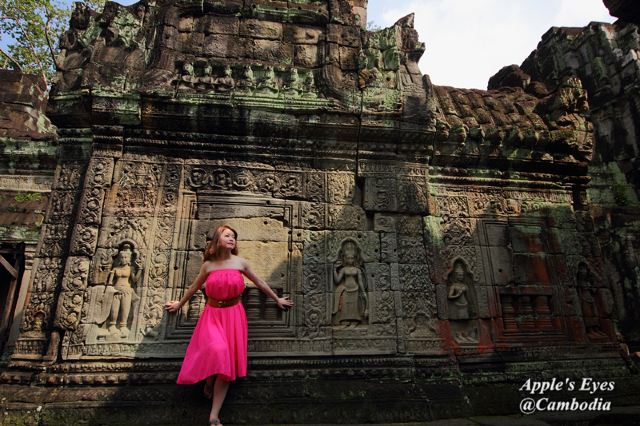 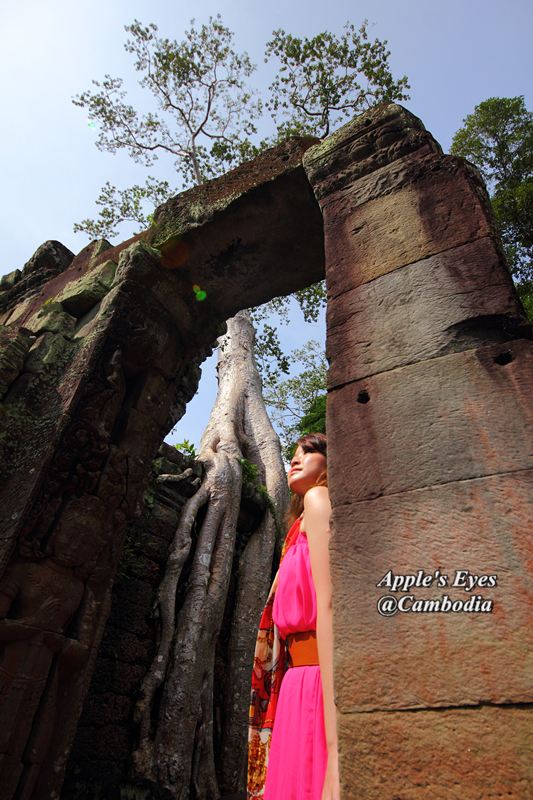 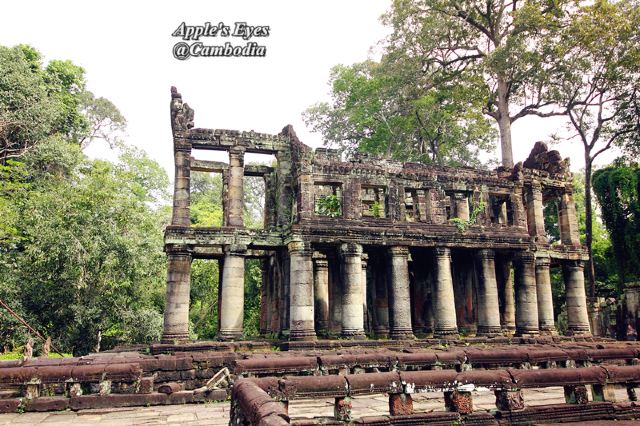 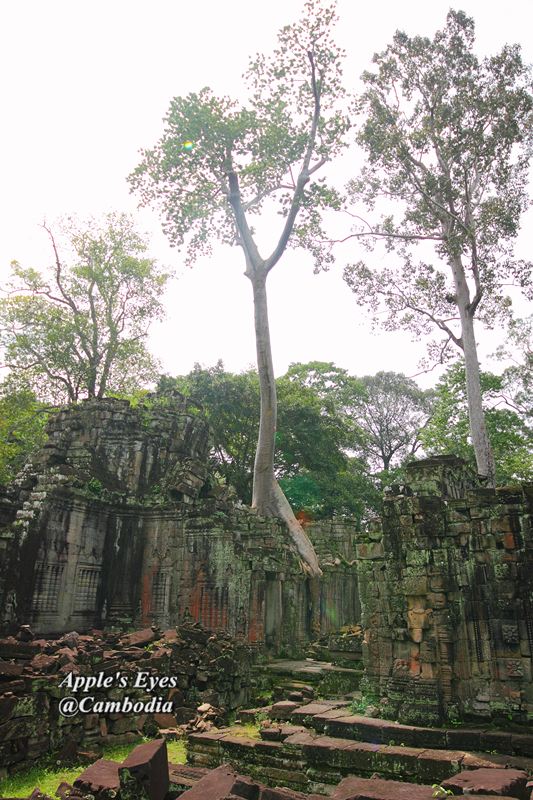 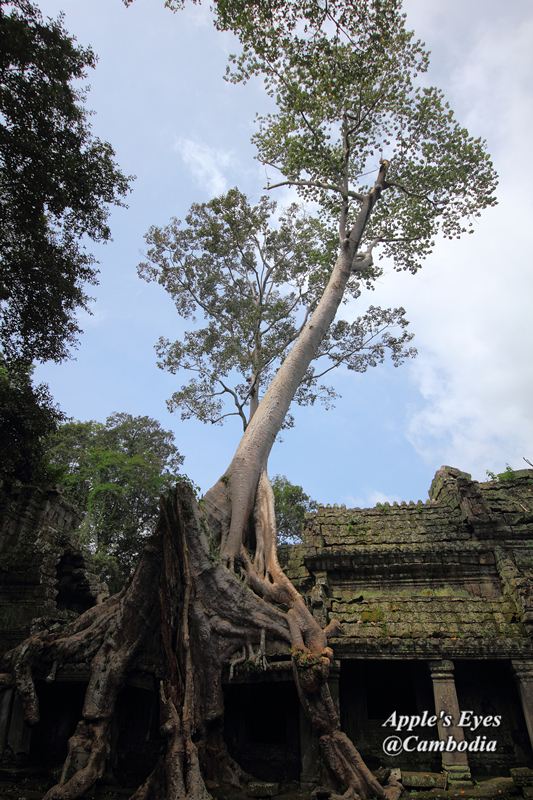