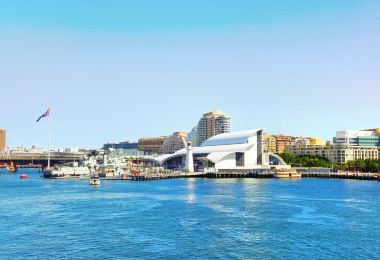 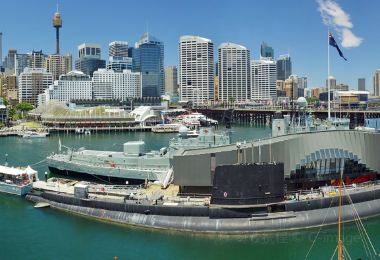 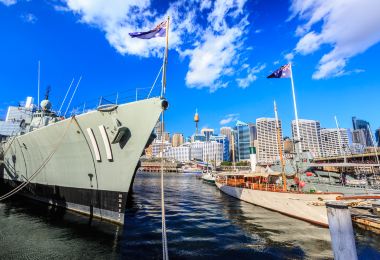 "The Australian Maritime Museum, which has been reopened about a month or two after tens of millions of renovations, is free to enter, as long as it is registered online. Take a look at this free time. Visited on the retired warships, it was a bit late, and it was close by to think about the next few pirate ships. Only to return next time."
TOP 2
 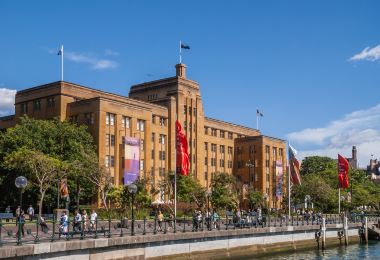 "Tour to Australia, this stop came to Sydney, to Sydney rocks punching. Across the street from the Sydney Opera House, this museum, which was opened in May 1989, exhibits contemporary art works from Australia, the Asia-Pacific region and around the world. The museum, which was owned early by the University of Sydney and has been largely funded since 2001 by the South Wales Government and the Australian Parliament, has a three-story collection of more than 4,000 pieces, including 3,060 donated by artist John Power, mostly from the post-1960 period. The museum is open from 10 a.m. to 5 p.m. every day, extended Wednesday to 9 p.m., Christmas breaks, no fee to visit."

Reasons to Recommend: Sydney’s Museum of Contemporary Art sits inside an Art Deco-style building and features revolving exhibits of artists from around the world. The MCA was established at the will of artist John Power, who bequeathed his personal fortune to instruct future generations on the beauty of contemporary art. The museum moved into the former building of the Maritime Services Board in 1989 and, after numerous extensions and renovations, it has become the impressive gallery that visitors see today. 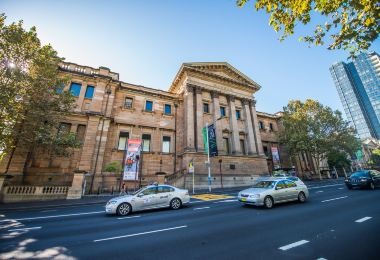 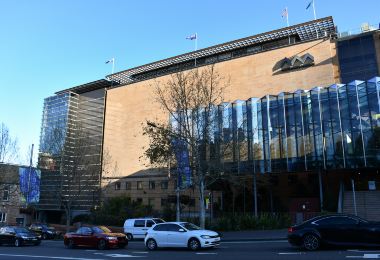 "The Australian Museum in Sydney is a national museum, with a wide variety of things about Australian customs, animals and plants, and minerals like diamonds, and a huge collection of dinosaur skeletons throughout the museum. The atrium is still very striking"

Reasons to Recommend: The Australian Museum basically is an exceptionally prominent exhibition hall in Australia, for various reasons, one of them being that it really is the most established historical center in all of Australia, with a world popular notoriety in the fields of really natural history and human sciences. It particularly highlights accumulations of vertebrate and invertebrate zoology, too of shows that traverse over different branches of science. The exhibition hall was established in the year of 1827 and was initially secretly financed for upkeep. Today it contains an amazingly differing gathering of shows that are certain to intrigue pretty much anybody. 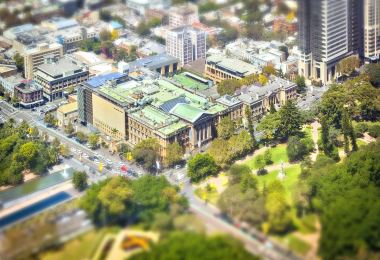 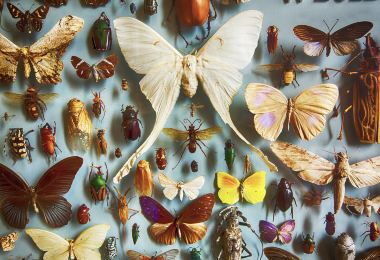 "On the site of the First Governor's Mansion, this is the most interesting place in this place. It is located in a modern, elegant and climatic building with charming staff. Sadly, there is no strict treatment of the area and the history and geography of the city. A small collection of cultural relics and stories, as well as some temporary exhibitions. I thought I missed some art galleries, but no, I checked the floor plan. Expensive experience. However, judging from the rackets they made, the children seemed to like the immersive playroom. Hope I am 65 years younger."
TOP 5
 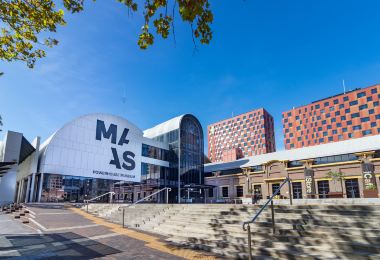 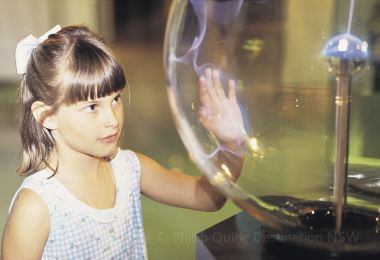 "Since I was a child, I have enjoyed visiting the Power Museum very much. Until now, visiting here is a very pleasant experience, and I still look forward to seeing new exhibits there. It is very suitable for bringing children to visit, and it is also very interesting for tourists. Tickets are valid all day, so you can go out for lunch in Darling Harbour and then come back to visit. The ticket price is not too expensive for a one-day visit. The highlights of the exhibition are trains, planes and the old Sydney area. This exhibition changes several times every year, which is very good. In addition, the staff is very friendly and knowledgeable!"

Reasons to Recommend: Wonder about the past and future at the Powerhouse Museum in Sydney, Australia. Initially set up as the power station for the electric cable car framework in Sydney at the turn of the twentieth century, the space was changed over into an exhibition hall in 1988. Guests can stroll through the switch house and past the immense smokestacks of the boiler house to see spic and span science and innovation displays. There are computer games, photograph displays, intelligent shows and lectures offered day by day. As of May 2012, displays about the Chronicles of Narnia films are included at the gallery. 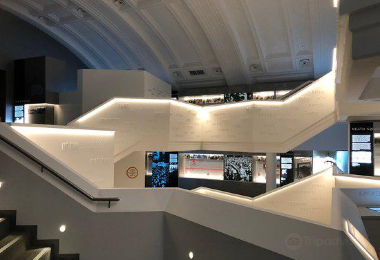 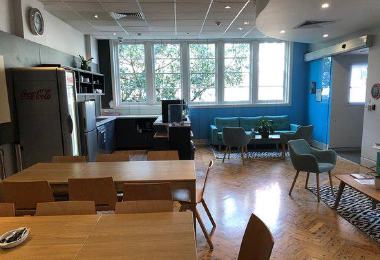 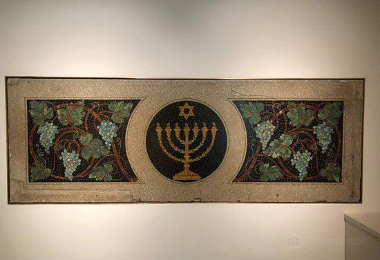 "I visited in January 2020 and chose to join Vlad (travel guide) for the 11 am tour; this tour is only going to last 1 hour, but 2.5 hours later, I am still listening to Vlad talking about Jews The miserable tail... There is no word to describe the time spent in the museum. The museum is well furnished and the staff are the most amazing people in your history-I would recommend you to visit this museum."
TOP 7
 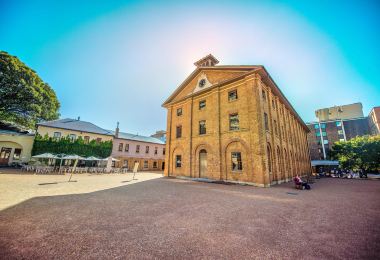 "The display cabinet here shows the history of the first prisoners who were transferred to the Hyde Park camp in May 1819. Initially, it accommodated a total of 600 people. The camp area now displays the sleeping arrangements at the time-there are two rows of hammocks in each room. All of this can take you through the ordinary day of life in prisoners here and let you feel what they are. Rules and regulations that must be followed. This is indeed an interesting place, but one visit is enough."
TOP 8
 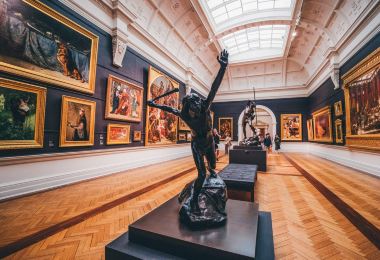 "The art gallery is also a collection of art, there are more art works here, you can see a lot of interesting items to visit, the interior of the gallery is very expensive, many things are more representative Australian artists."

Reasons to Recommend: The Art Gallery of New South Wales (AGNSW), situated in The Domain in Sydney, New South Wales, Australia, was set up in 1897 and is the most vital public display in Sydney and the fourth biggest in Australia. Admission is free to the general show space, which shows Australian (from settlement to contemporary), European and Asian workmanship. The display has a broad gathering of British Victorian workmanship, for example, Lord Frederic Leighton and Sir Edward John Poynter; littler property of Dutch, French and Italian painters of the sixteenth, seventeenth and eighteenth hundreds of years, for example, Peter Paul Rubens, Canaletto, Agnolo Bronzino, Domenico Beccafumi and Niccolo dell'Abbate.