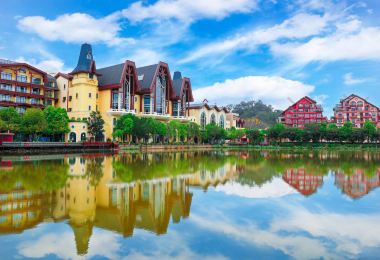 "The parent-child facilities are very friendly, you can also play golf on the lake, watch "Family Source" in the theater next to it, breakfast and the surrounding environment are very good, it is the best choice for a holiday in the manor!" 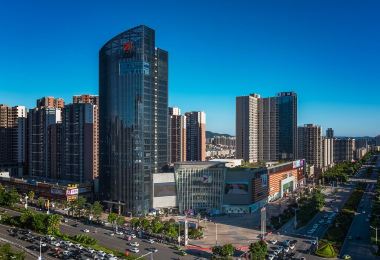 "I stayed at this hotel on previous visits to Heyuan. Rooms are quite clean and the aircon/heater works perfectly to your set temperature. Location of hotel is right next to a shopping mall and food choices are plentiful within walking distance. Service staff are friendly and helpful. Zhongshan Park is within a 15 minute walk from the hotel. Breakfast had limited variety. " 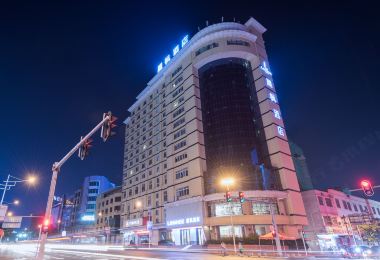 "Clean and comfortable, although small rooms. Good value for money" 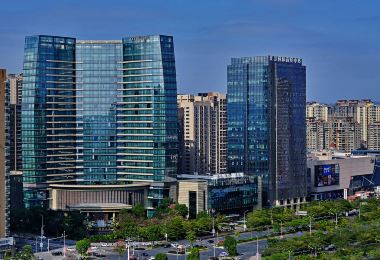 "Chose the hotel because of the location, close to a park, the river and shopping centre and because of the facilities with excellent breakfast, swimming pool and hot spring. Hot spring is expensive and became overpriced at the holiday. The pool then closed for the holiday too! Restaurant served great food but was only open at the weekend. Coffee bar in the lounge also overpriced and very slow service. They were very helpful in changing the room which was too hot and the air conditioning doesn't work in winter."

Reasons to Recommend: The DoubleTree by Hilton Heyuan is located at the new Central Business District of the green ecology city of Heyuan, near the Heyuan Municipal Government. 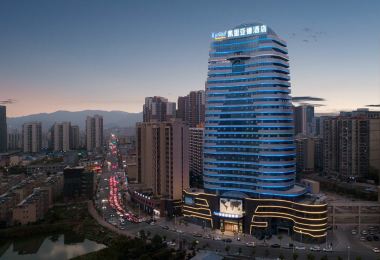 "The hotel environment is good, the room is large and clean, and there is music listening, especially free dry cleaning and drying clothes."

Reasons to Recommend: The Kyriad Marvelous Hotel (Heyuan Wanlongcheng) was recently opened in 2019, making it a fantastic choice for those staying in Heyuan. 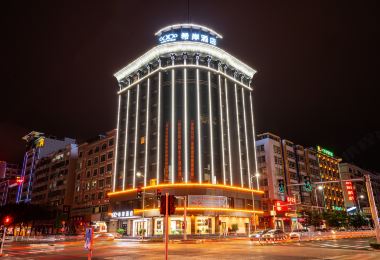 "I had a lovely stay in this perfectly located hotel. Check in was fast, effective and friendly. If you are a, foreigner staying in Heyuan I'd advise staying as hotels like James Joyce have a no foreigner policy even if you have the green health code, stay away from these. Here is very friendly and helpful to foreigners. Looking forward to coming back again. "

Reasons to Recommend: Opened in 2019, the Xana Hotel (Heyuan Hongxing Road) offers travelers a pleasant stay in Heyuan, whether for business or leisure purposes. 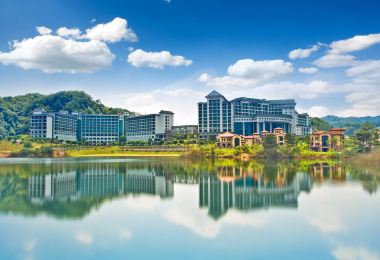 "Comfortable, you can take a walk behind the hotel, and there is a home to eat fish soup noodles by the pier, which is good."

Reasons to Recommend: The Mels Weldon Evergreen Lake Heyuan Hotel (Wanlvhu Meisi Wei'er'dun Jiudian)is nestled at the foot of a mountain, edged by the Wanlu Lake. All rooms are appointed with balconies where guests can take in stunning views of the lake and mountain. 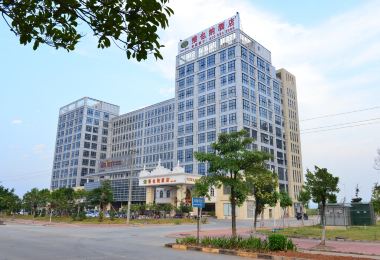 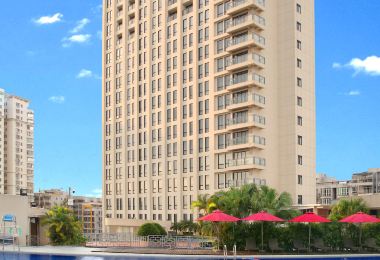 "The service of the staff is second to none friendly and helpful! location of fantastic! "

Reasons to Recommend: A ten-minute drive from the Wanlu Lake National Scenic Area and Guishan Hill, the 5-star Great International Hotel (Heyuan Xiangfeng Guoji Jiudian) is located at the intersection of the Dongjiang and Xinfengjiang Rivers in central Heyuan. 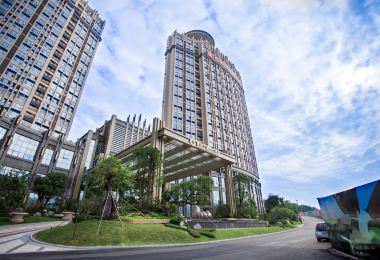 "The hotel is separate from other amusement facilities. The shuttle bus in the middle requires an additional charge. Breakfast is not in the hotel’s seat, and there is no shuttle bus. The battery car at the entrance is 20 yuan/person. Where to go, many amusement facilities are under maintenance. Status, room layout and sanitation are a bit sorry. The price is a bit pitted. Compared with other hotels, the one-ticket pass is not at the same level. There is a Weilai charging pile at the back door of the hotel, and the front desk and the hotel introduce only Tesla." 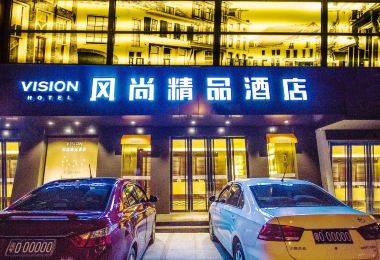 "The hotel is pretty new and clean, worth to stay there again! And so glad i got a Hello Kitty Style Room this time ^^"

Reasons to Recommend: Opened in 2019, the VISION is a great accommodation choice in Heyuan. 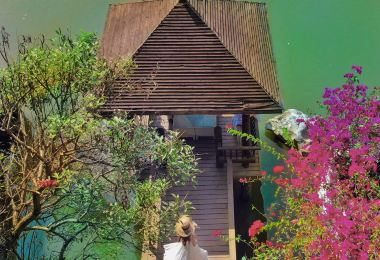 "Came with friends, the environment is really good, nothing to say. You can park for free when you drive over. The room is equipped with tea set. Make tea in the room, eat mooncakes and chat. Make this the home"

Reasons to Recommend: The Hakka Park Heyuan Lian'an Lake View Hotel Jubilee Yue Valley was recently renovated in 2020, making it a fantastic choice for those staying in Heyuan. 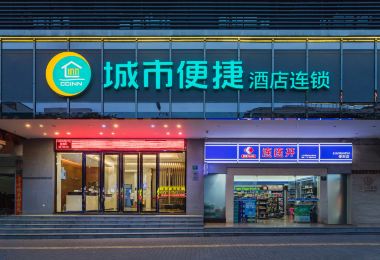 "The train station that arrived at more than 1 am originally planned to stay at the train station for a day, but I couldn't stand it after 5 o'clock, so I checked in early. Originally it was only possible to check in at 12 o'clock, but I called I told the boss that I would move in early after the 59-hour room was added. The railway station is very close to the hotel, only a 10-minute walk away. There is a change in the itinerary at 12:30 noon, and I want to check out temporarily. The young lady at the front desk also made up for the previous hourly room rate. Poor students are excited. Generally, the hotel check-in is directly deducted. Happy, the room is very clean, the toilet is clean, the rain is big, and it is very comfortable." 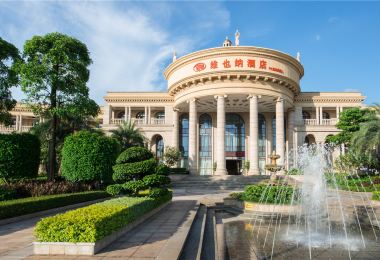 "For the test, the breakfast is very good, it is very convenient to come over at high speed, it is clean and hygienic, the waiters are polite, and it is very suitable for bringing the whole family and young children, and dinner has a buffet."

"The hotel room is very big and the bed is very comfortable! ! ! Many children have fun playing things too! The front desk staff are very nice and they are very patient in explaining! The room service staff also delivered things very quickly!" 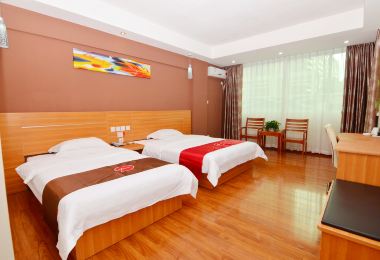 "The hotel's price/performance ratio is quite high, that is, breakfast is not included, but there are many breakfast shops next to it. The location of the hotel is also very convenient, you can walk to the lake to sing the fountain in 10 minutes, there will be 8:00~8:30 every night, there are many people, you can take a leisurely stroll. It’s also more convenient to travel, it’s a bustling street" 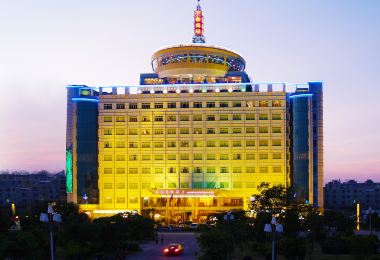 "The predecessor of the hotel is Marriott. The management is fairly standard and the location is superior. The complaint is that the rooms in the main building and the backyard are different, but they are not treated as tiered, and they are useless in Ctrip's data, so our booking judgment is wrong. The price of the backyard 261 feels pitted because the decoration is old, dull, and stale, and it is not worth the value. 🧹Hygiene: 🍃Environment: 🔔Service:"

Popular Types of Attractions in Heyuan